Should you get a fixed, tracker or variable rate mortgage?

Choosing a mortgage with the right type of interest rate can save you money and make sure you get a deal you can afford. Here are the differences between fixed, variable, tracker and capped mortgages. 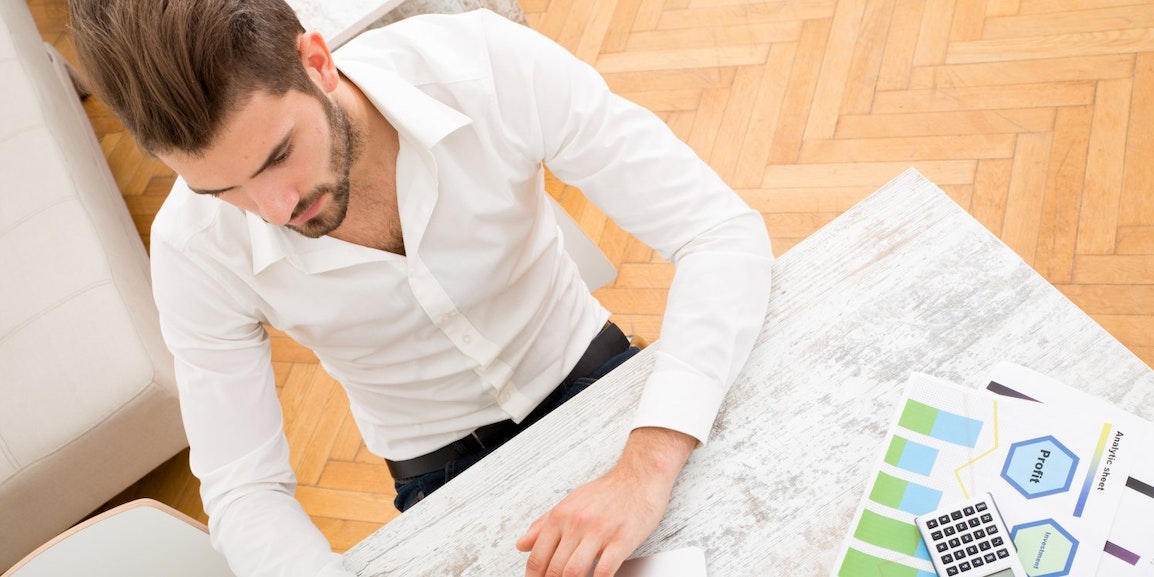 Think carefully before securing other debts against your home. Your home may be repossessed if you do not keep up repayments on your mortgage or any other debt secured on it.

A mortgage is a big commitment, and knowing the difference between the available mortgages, as well as the pros and cons of each will help you choose the right product for your circumstances.

If you’re on a budget  it is essential to know how much you have to pay each month. You might want to look into fixed-rate mortgages.

Do you expect to start a family or plan a career change in a year or two? Then you may want to look into something more flexible like a variable or a tracker.

Let's take a closer look at your options.

A fixed-rate mortgage means your interest rate is set until an agreed date. This is sometimes called the fixed-term, during which your monthly payments will stay the same, no matter what the Bank of England (BoE) base rate does. The base rate sets the level of interest that banks and building societies charge borrowers.

A fixed-rate mortgage may sound attractive, especially when interest rates are low. But think carefully before committing for too long as some fixed-rate mortgages may have an early repayment charge (ERC). This is a fee you have to pay the lender if you pay in full – say, if you want to remortgage, for example, or if you move house – before the fixed-term is up, and it can be expensive.

At the end of the fixed-rate period, your repayments will switch to the lender's standard variable rate (SVR). This is the long-term rate of interest that the lender will charge and it's usually higher. The good news is you can always take out a new mortgage deal at this point if you don't want to stay on the SVR.

Why choose a fixed-rate mortgage?

If you're on a budget, knowing what your mortgage repayments are each month is a great help. Or if interest rates are low, it can be attractive to lock these in. But think about how long you are committing yourself to the deal. You are tied in for the term, and ERCs can be expensive if you want to move house or remortgage. However, If you are happy to be locked in for the agreed period, then a fixed-rate mortgage may be a good option.

Most fixed-rate mortgages allow you to pay more than the usual monthly amount up to a specific limit, (often 10% per year), without any penalty. Great if you get a windfall, but again, watch out for any penalties if you overpay.

A variable mortgage is a mortgage where the interest you pay each month can go up and down (usually in line with the base rate). Some months you end up paying more, and others you end up paying less. As such, they make it hard to budget and are regarded as riskier.

A standard variable rate (SVR) is the standard interest rate charged by your lender. Typically, an SVR is higher than a fixed or tracker rate, so it is a more expensive way to pay back your mortgage. If the SVR goes down, then you pay less each month. But if the SVR goes up, you pay more.

Although an SVR tends to follow the base rate, the lender can move it up or down when they like. There is little chance of predicting when a lender will change their SVR, and because of this, they are seen as being a bit risky. As with all mortgages, though, there are pros and cons.

Why choose an SVR mortgage?

If you anticipate life-changing events like a new job, new baby, or think you'll move home, an SVR offers flexibility. Choosing an SVR lets you move to a more competitive deal when you are ready. Because you won't have to pay an ERC for switching, the flexibility goes some way to offset the higher rate usually attached to an SVR mortgage.

If the base rate goes up, you will spend more without actually clearing a higher amount of your mortgage. The extra money just covers the increased interest charges. But when the base rate is low, they can offer some of the lowest mortgage rates.

Pros and cons of tracker mortgages :

Why choose a tracker mortgage?

Because a tracker mortgage follows the BoE base rate (not your lender's SVR), it is more transparent. It moves in line with economic conditions, not the commercial decisions of the bank or building society. If the base rate decreases, then your mortgage repayments fall too.

You can find tracker mortgage rates that run from two to ten years, and even life-of-mortgage tracker rates if you search. The longer a tracker rate lasts, the higher your agreed interest rate is above the base rate. Once it ends, you go back to the lender's SVR unless you remortgage.

SVRs differ between lenders, so don't assume a bigger discount equals a lower interest rate. Check the lender's SVR as well as the discount being offered. For example, Bank X offers a 1.5 percent discount to its 5 percent SVR, so you pay 3.5 percent. Bank Y only has a 1 percent discount, but its SVR is 4 percent, you pay 3 percent. Bank X offers a higher discount, but Bank Y is the cheaper option.

How long should you lock in a deal?

Incentives tend to run from two to 15 years, (though life-of-mortgage deals exist). Pick the wrong period, and it can cost you in fees and interest. Think about how closely you need to watch your budget, and how long you expect to stay in the property. In general, the longer you want the rate fixed, the more this certainty will cost.

Think about your future plans when locking in special incentives with variable and tracker mortgages too. Be clear if flexibility or certainty is more important. Two-year offers usually come with the best interest rates, but refinancing every couple of years will see your fees add up.

What is the best choice for you?

Which is best for you – a fixed, variable or tracker mortgage? Look at your circumstances and first ask what's more important, certainty or flexibility?

Decide on an incentive period that's right for you. Most lenders impose early repayment charges to stop you chopping and changing for a better rate. If you end up having to refinance, move or sell during an incentive period, the costs can be considerable. As ever, look at the small print of any mortgage deal, not just the headline rates. The devil's always in the detail.