If you’re buying a home we explain how the mortgage you need works, what to be aware of and how to choose the best deal for you.
Share this guide 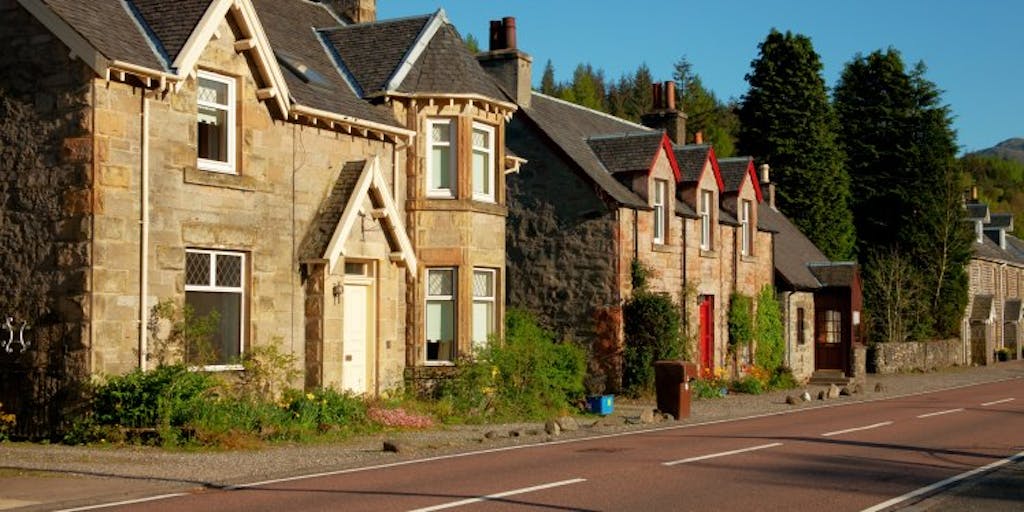 Think carefully before securing other debts against your home. Your home may be repossessed if you do not keep up repayments on your mortgage or any other debt secured on it.

Very few people have the cash available to buy a property outright so you’ll probably need to borrow the money using a mortgage. As house prices continue to rise, the total amount borrowed by homeowners also continues to increase. At the end of June 2020 there was a staggering £1,513 billion in residential mortgages outstanding in the UK.

There are more than 2,000 mortgage deals available so the choice can be daunting, especially if you’ve never taken one out before. But by understanding the basics you’ll be able to navigate the market with ease to find the right mortgage for you at the best price.

What is a residential mortgage?

You borrow the money over a long period – usually 25 years initially – to make the repayments affordable. The lender charges interest on it (essentially a fee for borrowing the money) at a rate that either stays the same for a number of years, known as a fixed rate, or one that can go up or down, known as a variable rate.

The vast majority of mortgages taken out are fixed rates – in the second quarter of 2020 around 90% of new loans were fixed.

Every month of the mortgage term you make a payment to your lender towards paying the debt off. This can either be a mixture of interest and some of the money you borrowed (the capital), known as a repayment mortgage, or just interest, known as an interest-only mortgage, but in this case you’ll need to have a plan in place, such as regularly putting money into an investment, for paying off the capital at the end of the mortgage term. You can also have a part-repayment and part-interest-only mortgage.

They are secured against your home so if you can’t make the repayments you could end up losing it as the lender would need to repossess and sell it to get their money back.

To win your business, lenders give you a special deal at the beginning of your mortgage at an interest rate that is usually lower than their standard interest rate, which is always variable and known as the standard variable rate or SVR.

Deals usually last for 2 or 5 years but can be as short as 1 year or as long as 10 years. They can be fixed, discounted variable or tracker (these usually track the Bank of England base rate) and there are deals aimed specifically at first-time buyers as well as home movers, although many are available to both.

During the initial deal you have to pay early repayment charges (ERCs) to switch to a different deal, which could be thousands of pounds, so it’s usually not worth doing – even if you find a cheaper one – but once the deal ends you are free to remortgage to a new deal or lender.

As your rate moves on to the SVR at this point, which is usually higher than the one you were paying before, it’s likely that you’ll save money by doing so although there will be fees involved. Lenders offer special remortgage deals to attract customers too.

When you remortgage you may want to reduce or increase the mortgage amount or the term, depending on your needs and how much you can afford to pay each month. Reducing the term will reduce the amount of interest you end up paying overall so is worth doing if you can afford it.

You don’t normally need to take out a new mortgage when you move house as most deals are portable so can be moved over to your new property although the lender will still want to check that you can afford it at that point, whether you want to increase the amount you’re borrowing or not.

It’s also possible to borrow up to 100% with a guarantor mortgage, where someone else – usually a parent or other family member – agrees to guarantee to pay the mortgage if you can’t or offers some of their savings or of the equity in their home as security for the loan.

The higher the LTV you need, the higher the interest rate you’ll pay. For example, if you’re a first-time buyer and want a 5-year fixed-rate deal to borrow 95% of the property’s value, you’ll pay between 3% and 4.5%. But if you go down to 75% LTV you could pay less than 2%.

It’s essential to look at the product fees you’ll pay to set up the mortgage too, which could include arrangement fees, booking fees and valuation fees, rather than just the interest rate to compare the total cost over the deal period, as a lower interest doesn’t necessarily mean a deal is cheaper overall.

You can also look at the APRC (annual percentage rate of charge) to compare the cost of deals, which factors in the interest as well as the fees, but as it assumes you’ll have the mortgage over the whole term this isn’t particularly useful since you will probably switch deal at the end of the initial period.

How much you’re borrowing and the length of the mortgage term will also affect whether it’s worth paying product fees or not.

You should avoid adding the fees to the mortgage so you don’t have to pay them upfront as you would end up paying interest on them for the life of the loan.

Lenders have criteria that determine how much and whether they will lend to you, such as your age, income and credit history. They will also look at your outgoings to check you can afford to pay back the amount you want to borrow. You’ll need to provide a range of documents to the lender when you apply, such as proof of identity and bank statements.

There will also be requirements around the property itself. If it’s a leasehold, for example, there will need to be a certain number of years left on the lease, and the lender will want to carry out a valuation on the property to make sure it’s worth the price you are paying so adequate security for the loan.

Online mortgage calculators can be really useful for finding out how much you could borrow, what deals are available for your needs and how much repayments would be. You can also experiment with different deposit amounts, interest rates and mortgage terms to see how the results are affected.

You can find a variety of calculators on lender and broker websites as well as on comparison sites so it’s worth looking around to find ones that are easy to use and give you the specific information you want.

Some deals are only available through mortgage brokers so to find the best one for you it’s worth getting advice from one, especially if you don’t feel confident navigating the mortgage market by yourself. You should look for a ‘whole or market’ adviser rather than one tied to specific lenders.

They can help you work out which deals would offer you the best value and identify the ones you would be eligible for before you apply to maximise your chances of being accepted as well as handle the application process for you, which can be complicated.

Using a mortgage broker is also particularly helpful if you have an unusual situation – you have a poor credit history or you want to buy a non-standard property for example.

Mortgage brokers are regulated by the Financial Conduct Authority (FCA) so must follow certain rules. You’ll be able to complain to the Financial Ombudsman Service if you have a problem with them and claim compensation if you receive bad advice.

Residential mortgages are also regulated by the FCA so mortgage lenders themselves must offer advice if you go directly to them for a mortgage to make sure the one you are taking out is suitable for you. This will only be based on their own products however.

Mortgages for over 50s

Mortgages for over 60s

Mortgages for over 65s

Mortgages for over 70s