Bank of England holds interest rates at 0.1% in March - marking a full year at all time lows

The Bank of England has held interest rates at 0.1% in March, the lowest level they’ve ever been this is why and what it means for you
Share this guide 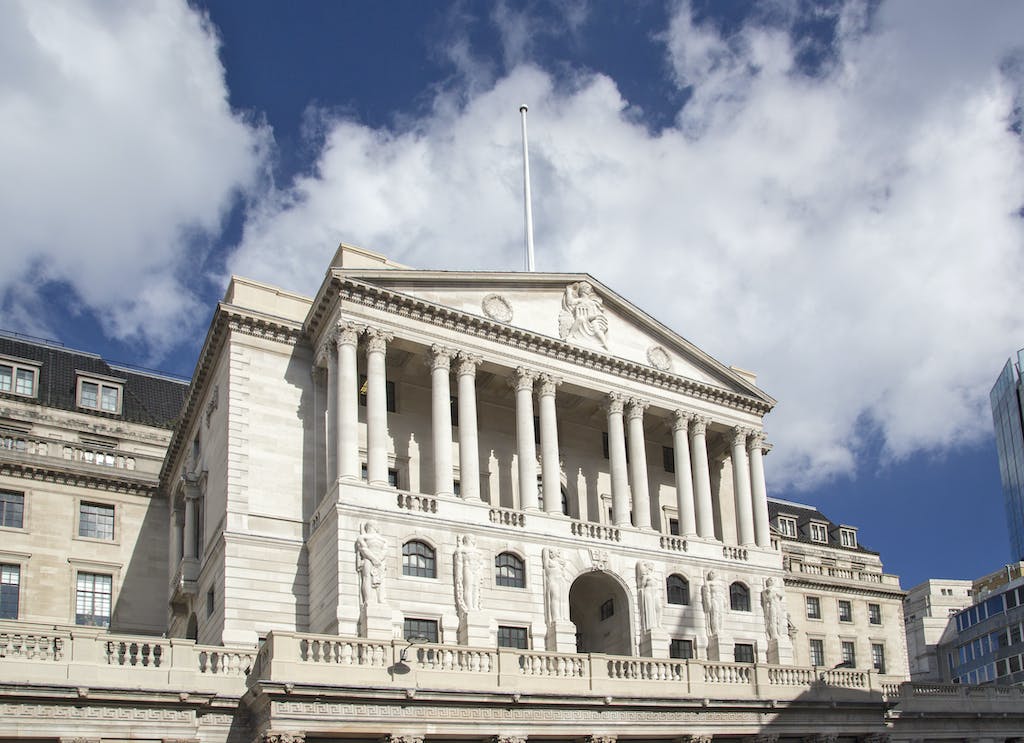 The Bank of England base rate has again been held at the all time low of 0.1% for March, as confirmed by the Monetary Policy Committee (MPC) on Thursday.

It marks almost exactly a year since the Bank last changed rates on 19 March 2020 - slashing to less than half their previous level of 0.25% as a response to the coronavirus pandemic and its impact on the UK economy.

It also means it’s now been almost 12 years since rates were ‘temporarily’ cut to under 1% following the credit crunch and financial crisis of 2008, with predictions rates would soon rise to a more ‘normal’ level of between 3% and 5% consistently proved wrong.

In fact, if anything rates might drop lower, with the Bank even warning negative rates could be on the cards if the economy does not improve fast enough with things as they are currently.

What the MPC announced this week

The MPC has given a cautiously optimistic outlook in its latest report.

It says that falling rates of COVID-19 infections and hospitalisations combined with the successful vaccine rollout could see restrictions lifted more quickly than assumed in February, when it last met.

Once this happens, it’s expected normal spending patterns will return, especially by those who have managed to save money over the past year, and this will provide a much-needed boost to the economy.

Announcements made by Chancellor Rishi Sunak in his March Budget to extend support schemes including the Coronavirus Job Retention Scheme (furlough) and the temporary stamp duty holiday, are also expected to have a positive impact on the economy.

The committee said the UK’s gross domestic product (GDP) growth had been a little stronger than anticipated, falling by 2.9% in January - although still 10% below the same period in 2019.

It said unemployment is likely to be lower than predicted, peaking at 6.5% instead of 11.9%, because of the extension to the furlough scheme.

This is a brighter picture than earlier this year, and even an improvement from a month ago.

But as with any announcement to do with the pandemic, there were also several warnings that could change things.

These include consumers and businesses continuing to reduce their spending, delays with the vaccination programme, or new strains of the virus appearing.

The MPC said the outlook of the economy remains “unusually uncertain” and will depend on the evolution of the pandemic.

Laith Khalaf, financial analyst for AJ Bell, comments: “Further support from the Chancellor in the Budget, a roadmap out of lockdown and fiscal stimulus spilling over from the US, all support the case for a robust bounceback, as the UK economy opens up in the coming months.

“But the message coming through from the Bank of England is that interest rates are going to remain nailed to the floor for the foreseeable future, despite the improving economic picture.”

What has happened with the base rate?

The base rate has remained at 0.1% for a year now. It’s likely this won’t change until there are some significant improvements in the UK economy.

It fell to this historic low as a direct reaction of the pandemic, which saw the UK economy suffer its biggest annual decline in 300 years. The Office for National Statistics (ONS) said GDP fell 9.9% last year, by the largest amount since 1709.

Prior to this dramatic fall, the rate had been at 0.75% since August 2018 following a decade of low rates following the 2008 financial crash.

The base rate determines how much interest the bank pays to financial institutions and how much they pay to borrow money from it.

It’s also used by high street banks when deciding upon the interest rates they apply to products and charge on loans, such as mortgages and credit cards.

Rates are usually lowered when the bank wants people to spend more, such as at the moment.

What do Bank of England interest rates mean for borrowers and savers?

However, for anyone with savings, interest rates are miserably low. Households who haven’t been affected by job cuts in the past year are expected to have saved a collected £125bn.

“With cash savings depreciating in value due to the current combination of negligible interest rates and positive inflation, individuals should consider where their money is best kept.

“The financially astute will look for alternative ways to increase the returns on their savings. For those able to take on the risk, investing in the stock market will offer protection against inflation.”

When are rates expected to rise?

Last month the MPC had warned about negative interest rates, and hinted that UK Banks should prepare for them within six months, however this seems to have been avoided for the time being.

The recent positive moves including the vaccine rollout and falling infection rates have also seen experts predicting that the economy will return to pre-pandemic levels by the end of the year.

While rates fell quickly a year ago, there hasn’t been any change to them since.

James Lynch, fixed income investment manager at Aegon, explains: “In an easing cycle, which happened extremely quickly in 2020, policy action is surprisingly simple - you do everything.

“There was an expectation in the market of negative bank rate (it was priced in), but the BofE has managed to steer clear of doing that as financial institutions were not operationally ready for it until August 2021. By that point though the economy will be in a much better place, so it will not be needed.”

Continued low interest rates, which are designed to encourage people to spend more, are also likely to have an impact on inflation – which rose to 0.7% in January, from 0.6% a month earlier.

AJ Bell’s Khalaf adds: “The only thing that might prise rates upwards is a bout of inflation, but that would need to be both sustained and structural to compel the Bank of England to tighten policy.”

What is the MPC?

The Monetary Policy Committee meets every six weeks and it is in charge of deciding how much money is in the economy and how much it costs to borrow. It does this by setting the base rate, and through quantitative easing, creating money to buy corporate or government bonds.

It moves rates to try and meet the goals set to it by the Government - to keep price rises as close to 2% as possible, support economic growth and employment as well as a newly announced green objective.

It has nine members including the Governor, Andrew Bailey, three Deputy Governors for monetary policy, financial stability, and markets and banking, a Chief Economist, and four external members who are appointed by the Chancellor.

The members are chosen because of their expertise in economics and monetary policy and they are independent, so they don’t represent any individual groups or areas. They are set to meet again on May 6 2020.