If you’re considering the Samsung Galaxy S7, this guide should come in handy. We’ll take a look at the phone’s key specs so you can make a fully informed choice about your next upgrade. 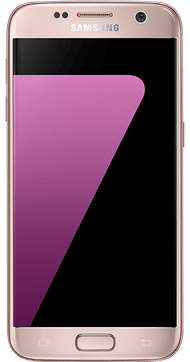 Samsung Galaxy S7: About the hardware

The Samsung Galaxy S7 has made subtle improvements to the S6 without adding too much fuss. It comes in a sleek metal and glass design with your choice of classic colours. The screen size is more manageable than some of the newer models while still featuring comfortable curved edges.

The emphasis is on shortcuts and accessibility, with an always-on display that means your phone is always ready to go when you need it. And when you’re not using it, the screen scrolls through notifications, time, date and battery level so you can stay updated at a glance.The phone also supports wireless charging, which is a handy feature if you’re out and about and suddenly find yourself short of juice. This helps compensate for the always-on feature that uses a lot of power, although you can, of course, adjust your settings to save your battery life.

There are a lot of similarities between the Samsung Galaxy S7 and the Samsung Galaxy S8, but the latter has made a few improvements. There’s better processing power, which helps the system run more smoothly and it’s great for those who play games on their phone.

There’s also a higher resolution display and a larger screen. While some people prefer their phones small, the S8 features smaller bezels, which means it can house a larger screen without making the overall size of the phone any bigger.It’s also worth noting that, while the battery capacities are the same in both phones, the S8 uses new, quick-charge technology to make it easier to get your phone to 100%. However, given that both support wireless charging, there are still options if you have to leave the house before you’ve got a full charge.

A big draw of the Samsung Galaxy S7 is that it’s an affordable alternative to some of the newer models on the market. It has all the essential features and caters easily to the needs of anyone looking for an everyday phone.

There’s also the fast processing power that makes using your phone a much smoother experience, as well as the extended battery life that keeps your phone going for longer. The internal storage is 32GB, but there’s space for a microSD so you can bump it up to 200GB if you need extra.

Another important addition is the water-resistant and dust-resistant protection. That’s on top of the sturdy Gorilla Glass 4 body, which combines sleekness and security. Perfect for the clumsy and the ultra-cautious alike, this revived feature can give you some extra peace of mind.

The fact that the Samsung Galaxy S7 is one of the brand’s earlier models is an obvious drawback of this phone, given that it means the tech won’t be totally up-to-date. Of course, it’s always worth checking the spec list anyway, because you might find it still does everything you need.

One example is the built-in storage space, which is smaller than any of the new models. Although you can add your own microSD card to pad it out, some might find 32GB a little too restrictive for their liking. Another is the camera, which does the job but doesn’t match up to the later models, which have dual-cameras and higher resolutions. You’ll get 12MP for the rear and 5MP for the selfie camera with the S7, which can seem lacking compared to the S10’s higher MP count and triple camera.

The 12-megapixel camera might not be on par with some of Samsung’s newer releases, but it still captures a great shot and there are plenty of extra features to help with your photos. For example, the Dual Pixel Sensor allows you to capture great shots even in the dark.

Another key feature is the always-on display. It keeps your phone constantly active, which can be draining on your battery but also makes it easier to access your key apps as soon as you need them. The S7 also features Samsung’s signature curved infinity screen, which gives you more bang for your buck by taking up more of the phone’s face without necessitating too much extra length.

There’s also a powerful processor that has been specifically designed to facilitate gameplay, allowing screens to load faster and movements to run smoother so you have better control over your game. You’ll also get great graphics, thanks to the Quad HD display.

That’s largely thanks to a 5.1-inch display, which has been designed to maximise your screen space without building up the body any more than is necessary. It boasts an innovative dual-curved design that has become Samsung’s signature.

The default operating system is Android 6.0 – although it can be upgraded to Android 8.0.

How can you get the best Samsung S7 deals?

If you’re looking at the Samsung Galaxy S7, you’re probably after a great deal, so it’s important to do your research and shop around. While it can get more difficult to find contracts for phones once they’ve been on the market a while and especially once newer models have been released, it does mean that prices are often lower. It also means that you’ll often be able to get SIM-free handsets, whether those are new or refurbished, at a more affordable price. That way, you can pay one upfront cost and have more flexibility with your network provider.

Of course, the first thing to check when you’re looking at any phone contract is the amount of texts and minutes included as part of the package. Unlimited texts have become the norm and most contracts will include at least 300 minutes if those aren’t unlimited as well, so there shouldn’t be a problem finding a contract that has enough included monthly to suit your needs.

The next port of call is the data allowance. This is often the biggest difference between service providers and can considerably bump up the cost of a contract. It’s worth working out how much data you use in an average month as this will likely determine the cost of your contract. While it can be tempting to go low as you can always add on extra data as you go, this is often a more expensive way to do things in the long-run if you find you’re constantly topping up again.

Is it better to get the Samsung Galaxy S7 on contract or SIM-free?

It’s worth looking into different contract lengths to make sure you know exactly what you’re signing up for. While you sign up for a price and a duration, you’ll likely find your price will change slightly as most networks do up prices once a year to match inflation.

As there are other, newer Samsung phones on the market, it’s important to consider whether you want to be tied to the Galaxy S7 for an extended period or whether you’d prefer to be able to upgrade quicker – although that will likely mean higher payments in the short-term. Similarly, it’s worth looking into SIM-free options to see whether you can buy the handset outright, allowing you more flexibility over your network provider.

Can you get the Samsung Galaxy S7 as a refurbished phone?

Because the Samsung Galaxy S7 has been around for a while, you may find that there are some refurbished options available on the market. These are second-hand phones, often traded in, that have been inspected and approved for resale. In the case of giffgaff, this can mean they’re like new or that they are a bit more worn.

For networks such as EE, ‘like new’ is the only pre-owned condition it allows and means your phone won’t have been owned for longer than 14 days, so it was probably purchased and then the buyer decided to return it within the two-week cooling off period.