Huawei is a global powerhouse that has played a huge role in redefining the future of phones. But it’s currently mired in sanctions which mean its handsets are missing some key Google features - here’s what you need to know... 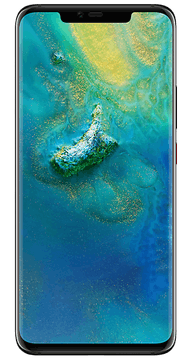 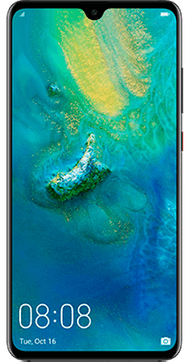 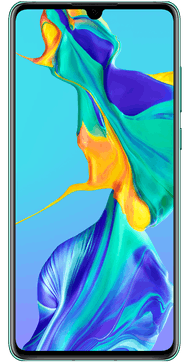 Huawei’s first phone was released in 2004, and its first smartphone in 2009. Almost instantly, the brand became the industry leader for Asian consumers. But it has only begun to emerge as a top contender in the UK in recent years.

Recent geopolitical conflicts have put Huawei under tremendous scrutiny and pressure, especially when it comes to the future of 5G and the use of Google services on its handsets. But the brand hasn't been deterred, and Huawei continues to release outstanding, innovative smartphones in the UK.

Huawei phones are favoured for their processing power, battery strength, and above all their phenomenal cameras.

In 2018, security concerns led to heavy restrictions by the U.S. government on the use of Huawei products and equipment by U.S. businesses, which in turn led to much wider global implications. Most significantly, the ban resulted in Google blocking Huawei from using any Android or Google Mobile Services for future releases, while UK-based chip designer ARM also ended its relationship with the Chinese brand.

This put Huawei’s western presence at risk, and jeopardised the brand’s reputation, as consumers questioned its trustworthiness. Nonetheless, Huawei have been persistent in pushing out the best possible products, even without the facilities previously afforded by Google. As of February 2021 and the recent political party change in the US, Huawei’s ban is still in place.

Should I buy a Huawei phone?

Politics aside, Huawei still develops stellar hardware, so the only real setback for UK consumers is the lack of Google apps and services. However, Huawei continues to adapt to the circumstances and develop its own alternatives.

So while Google compatibility may be lost, the capabilities of Huawei’s overall tech, and its ability to stay ahead of the game, are only likely to increase over the coming years.

What Huawei phone series are available?

This line prioritises processing power, favouring function over form, while still remaining easy on the eye and user-friendly.

The P-Series is more design-focused, concentrating on aesthetic innovation, and most importantly, unmatchable photography capabilities.

It’s tricky to say which family of phones is better. This depends on individual use, but both are certainly among the top contenders in the battle of the smartphones. If a solid, professional-quality camera is crucial for you, then there’s no better option than the P-Series, while those who are more concerned about the smoothest possible performance might be better off with the Mate series. Essentially, the P-Series is the Mate Series but with a significantly better camera. The P-Series of Huawei phones offers camera functionality that is as good, if not better, than anything else on the market. This is due in a big part with its relationship with lens manufacturers Leica.

Still, the latest release isn’t necessarily what’s best for you, so let’s take a look at some of the best Huawei phones on the market:

The Huawei P30 Pro takes the best hardware and features from the Mate 20 and adds one of the most phenomenal smartphone cameras created to date. A quad-lens rear camera with up to 10x lossless zoom, 50x digital zoom, and ground-breaking low-light capabilities made this by far the most impressive phone camera on the market until the release of the P40 Pro. But photography isn’t the phone’s only strong suit. The P30 Pro also boasts one of the strongest batteries available.

These features, coupled with the fact that it was the last Huawei model to allow Google Mobile Services, makes the P30 Pro the brand’s most popular offering, despite the recent release of the P40 Pro. With just a slightly less versatile camera and slightly less robust battery than the P40 Pro, it’s still an excellent option.

As you’d expect, everything that made the Huawei P30 Pro so popular has been included, and enhanced, in Huawei’s latest release of the P40 Pro and the P40 Pro+. Well, everything except Google and its apps. This is really the only thing holding the P40 Pro back from being Huawei’s best ever phone. Not being able to access major apps like Google Maps, YouTube and Gmail is quite a significant setback.

The Huawei ban is still fairly recent, so the brand is still in the process of developing its own alternatives to Google’s services. But until that happens, the P40 Pro doesn’t quite outdo its predecessor.

On the other hand, the Huawei P40 Pro does boast 5G connectivity, which could be quite attractive as the new network continues to expand.  All P40 cameras feature a new 50-megapixel Ultra Vision wide sensor, and the P40 Pro and Pro+ are the first P-Series phones to utilise a 90Hz display and infrared face unlocking technology.

Like the P40 Pro, the Mate 30 Pro should be better than the P30 Pro and the Mate 20 Pro but has struggled due to the Huawei ban. This was the first Huawei phone to be released without Google Mobile Services, which has made it a difficult sell to those who have come to rely on Google applications.

If you can survive without Google’s apps, however, the Huawei Mate 30 Pro boasts fantastic hardware, with another excellent camera and an even better battery, while being a cheaper option than the P40 Pro.

The Huawei Mate 40 Pro is a fantastic phone but due to the constant Google issues, it is hard to get hold of in the UK. If you do, though, then you will be blessed with a fantastic screen and a camera that once again proves that Huawei is one of the best camera phone manufacturers.

The Mate XS isn’t just an innovative design. It’s a functional smartphone that covers all bases, with the same brilliant processing power, photography capabilities, and battery life we’ve come to expect from any new Huawei release.

Of course, the aforementioned models are Huawei flagships, and their price tags reflect that. If you’re looking for a cheaper or simpler option, option, there are plenty of modern, attractive options available from Huawei that can still do everything you need a smartphone to do while being a little friendlier to your budget.

Huawei has released Lite alternatives to its recent P Series and Mate Series releases. These are great for anyone who wants a mid-range phone that boasts impressive specs, but doesn’t need all the extra processing power, storage and tech.

Despite being a value phone, the Huawei Y6p still offers a triple rear camera set up, a 6.3 inch Huawei Dewdrop display and massive 5000 mAh battery. These phones are the most budget-friendly offering under the Huawei banner, while even cheaper options can be found through Huawei’s Honor brand.

It’s difficult to say which Huawei release is truly the best. It really comes down to personal preference. For many who only use their phones casually, the Pro models may not be worth the price, while others may need the processing power and storage. Similarly, some may be deterred by the lack of Google services on newer models, while others may favour the superior hardware despite the unfamiliar UI.

Regardless, while there isn’t one ‘best’ choice, there is sure to be a Huawei phone that suits your needs.

Huawei phones boast some of the strongest batteries, most striking designs, and the very best cameras you can find in a smartphone. Whether or not the phones have Google’s restrictions in place, you can always be sure that the hardware itself is excellent, and that the camera is about as close as you can get to a full-fledged DSLR, in a phone. The battery life of recent Huawei phones far surpasses its competitors, too. Huawei tends to be more affordable than Apple and Samsung and offers a range of impressive phones to suit any customer or budget.

Most major mobile networks offer a range of Huawei smartphones either as standalone purchases or as part of a pay monthly deal. With a pay monthly deal, you’re able to spread the total cost of your phone over your contract period, typically 24 months, paying instalments as part of your monthly bill. As of February 2021, there are deals available from UK networks for the following phones: