Having TV on demand and unlimited calls can be a great thing for a busy household, but if all you want is a reliable broadband connection, then a broadband only deal could be for you. 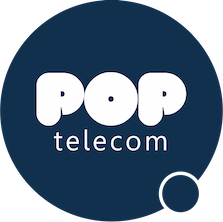 This table has been limited to display a maximum of 10 deals; sorted by the lowest monthly price first.

* The "average" download speed displayed in Mb is the speed available to 50% of customers with this product during peak time (between 8pm and 10pm). The actual speed you will get depends on a variety of factors such as your cabling, your area, how far you are from the telephone exchange as well as time of day. The majority of providers will tell you the speed you will likely receive when you begin your online sign up — this may differ from the average speed displayed on our table.

Looking to find a broadband package but don’t want to pay for any extra services? Our handy comparison tool lets you narrow down packages according to your requirements and find the best deal for you.

Before you get started, it’s a good idea to think about your usage and how much you are prepared to pay. Factors to consider include how many people use your broadband on a regular basis, what they use the internet for and if you are likely to benefit from an added call or TV package.

Will I save money with just broadband deals?

It depends what you mean by ‘just broadband’. If you’re talking about choosing broadband without any added TV or phone minutes, and no real concern for the fastest speed, then you’re sure to find a deal on the lower end of the price scale.

However, if you want ultrafast broadband then you may find your broadband only package, say with Virgin Media’s full fibre option, costs more than a call and standard broadband package.

Which providers offer the best broadband only deals?

Virgin Media is currently the only provider to offer internet without a phone line as its service runs through its own exclusive network, independent of phone lines.

Here’s a summary of the main providers that have broadband only offerings:

What is fibre broadband and does it come with broadband only deals?

Fibre is a cabling system that can provide you with faster broadband speeds than traditional phone lines.

While older broadband lines (ADSL, also known as standard broadband) make use of copper wires, fibre uses fibre optic cables that are capable of transmitting data at much higher speeds. This means that you’ll be able to stream movies, TV and video games at higher quality and share or download files much faster.

Most providers will offer fibre packages as broadband only and in most cases, a working phone line is also needed.

What kind of fibre broadband only deals are available?

There are two main kinds of fibre broadband that you should look out for. The first is known as fibre to the cabinet (FTTC), which delivers data to the street-level cabinet via fibre optic cables, before switching to traditional copper cables to transmit data to your home.

The other kind of fibre broadband is fibre to the home (FTTH), which means that fibre optic cables are laid all the way up to your house. FTTH as a result is faster than FTTC, but it may not be available in all areas of the country, so be sure to check before comparing deals.

Is it possible to get fibre unlimited broadband only deals?

Are fibre internet only deals worth it?

It depends on how many people are using the internet in your home, and what they are using it for. If you are a small household that uses the internet for browsing and sending emails, then it’s probably not necessary to upgrade to fibre.

On the other hand, if you live in a big household or use the internet for data-heavy activities, then the upgrade is worth considering. For example, if you like to stream movies and TV in HD, stream video games or share large files, then fibre broadband is probably a good option for you. What’s more, you may find fibre in your area isn’t much more expensive than a standard ADSL equivalent.

Can I get broadband deals with no landline?

Yes, you can, but you’ll most likely have to go for Virgin Media as your provider, as it is the only accessible provider to offer options without a phone line. All other providers require that you have a phone line as part of the package.

Who offers the cheapest broadband without line rental?

Unfortunately, there is no such thing as broadband without line rental. Most providers will require you to have a phone line with any package, and Virgin Media is the only provider to not require a phone line as well. However, this does not mean that you can get out of paying line rental. Line rental also applies to broadband lines, so you will also have to pay this with Virgin Media.

Should I get a broadband and TV deal without a phone line?

This option is only available through Virgin Media, and if you are looking for reliable, high-speed internet, then it might be a fantastic option. However, due to its high-speed, modern network, Virgin often weighs in at the higher end of the price scale.

There are other reasons for choosing to go without a phone line. One advantage is that you won’t receive cold calls to the home any more. What’s more, if your family is used to using mobiles for communication, there’s probably no need for you to take out a landline number as well.

On the other hand, you can make your life a lot easier by choosing a broadband and phone bundle. Usually these are simpler to set up and offer better value for money. Rather than going without a phone line, you can choose a broadband package without inclusive calling.

Should I get a mobile broadband package rather than a broadband only package?

It depends what you’re using your internet for, but in most cases you’re better off getting a home broadband package.

The main reason for choosing a mobile broadband package is portability. With mobile broadband you can take your connection with you, making it great for those that travel around a lot or are living somewhere on a short-term basis. Otherwise, we recommend you stay with your fixed-line service to get better value for money.

What should I look for with internet only deals?

There’s a lot to consider when you’re taking out a new internet package, so we’ve made a list of some of the most important things to look out for: