Almost famous: the characters that ‘nearly were’

Have you ever wondered how the characters we all know and love in film, TV and video games came to be? If there were any who looked vastly different during the early design stages? Or whose names were changed at the last minute? 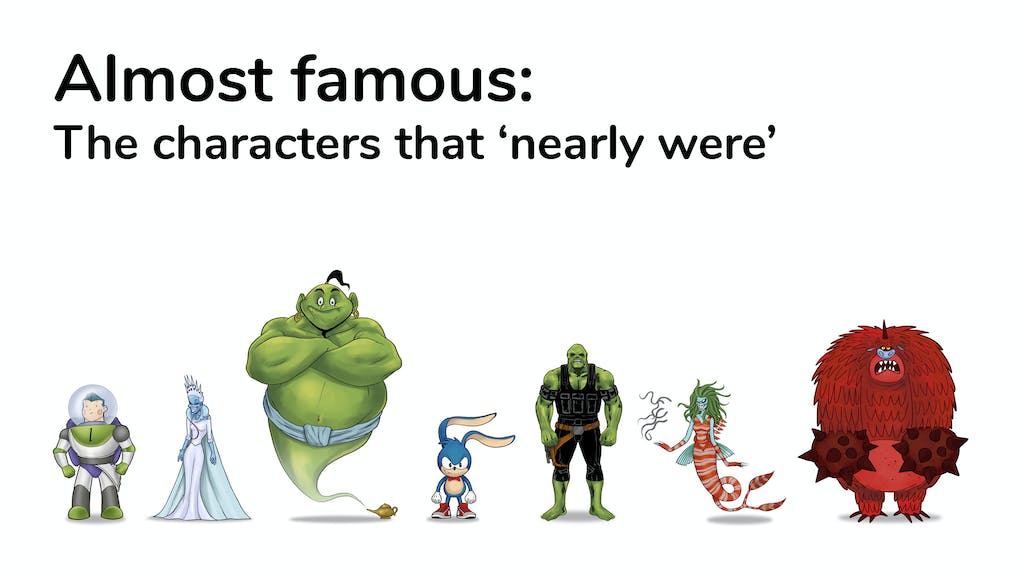 With so many of us stuck indoors, streaming our favourite TV shows, playing video games or watching movies, is now very much part of our daily lives. In fact, it was reported by Ofcom that streaming surged last year, with UK adults spending around 6 hours and 25 minutes on their phones, TVs and laptops during lockdown. So, it’s no wonder people want to know more about their favourite characters.

Make sure your broadband is up to speed! Compare broadband deals to find out which ones offer better download limits and can save you money.

Well, we’ve done the research for you and discovered which characters we almost got to know and love! Keep reading to find out what animal Sonic the Hedgehog used to be, what Elsa from Frozen originally looked like and which beloved brand mascot was dropped.

When SEGA needed a video game character to rival the success of Mario and help promote the new Mega Drive, the team put their heads together to come up with a new mascot. At the time, the most popular suggestion was a rabbit who would pick up objects with its ears and throw them at enemies.

However, when they ran into some technical difficulties with the design, as well as a lack of enthusiasm from members of the public surveyed in Central Park, Sonic the Rabbit was scrapped and Sonic the Hedgehog was born, with his sharp quills, supersonic speed and ability to roll. 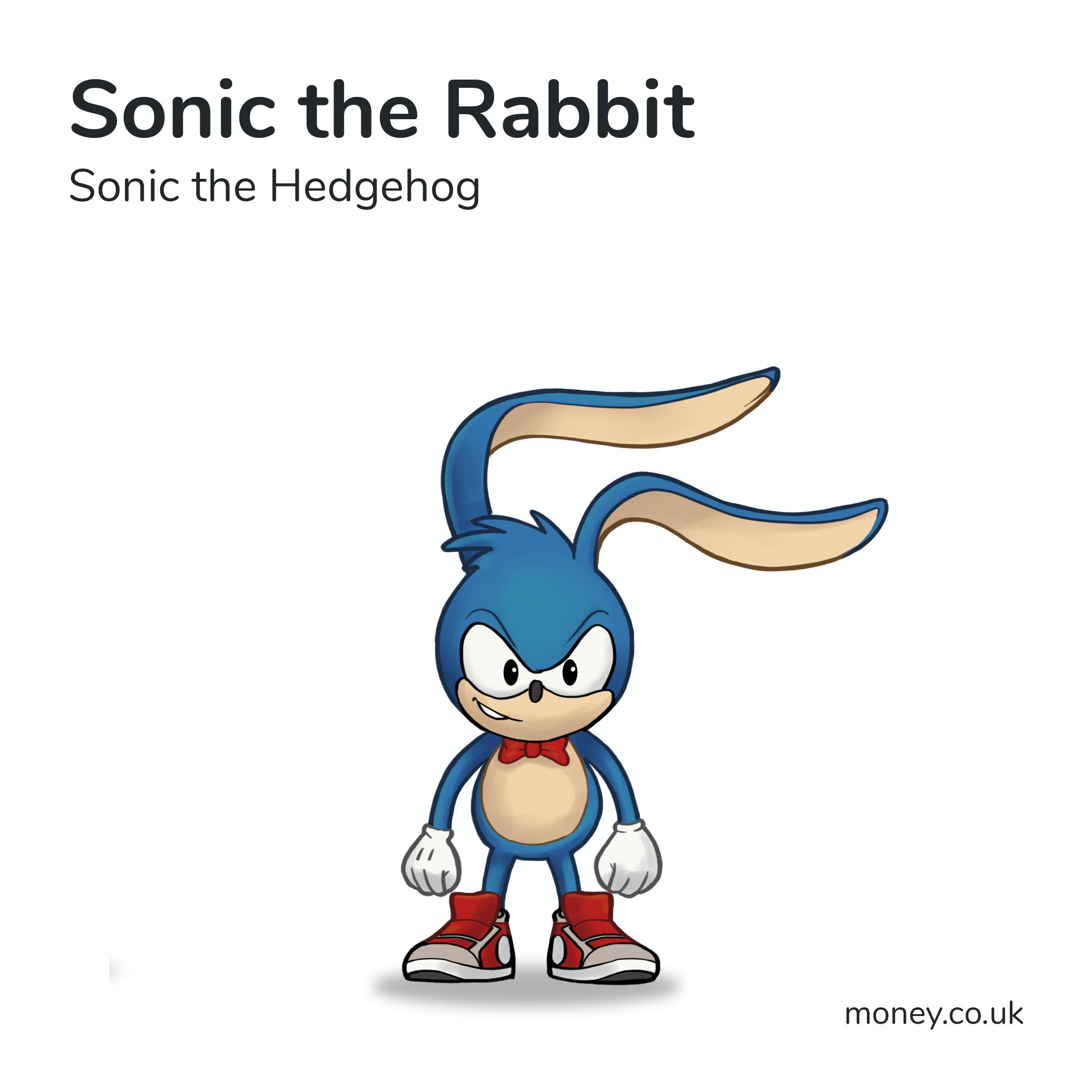 Another character that was almost an entirely different animal was Crash Bandicoot, or rather, Willy the Wombat… doesn’t quite have the same ring to it does it? Naughty Dog co-founders Andy Gavin and Jason Rubin decided they also wanted a cute animal mascot, similar to Sonic, that no one had really heard of before. So, after flipping through a book of Tasmanian mammals, they decided on the wombat.

Of course, there were a few issues with this. For one, both Rubin and Gavin thought the name Willy the Wombat just wasn’t cool enough. But, the biggest problem was a month after they settled on the wombat, they discovered that Willy Wombat was already a video game character! So, they switched Tasmanian creatures, renamed their hero Crash and the rest is history.

Even the famous Mario needed a little re-working. Shigeru Miyamoto, the man behind the popular little plumber, decided to make games starring the characters of Popeye since Nintendo held the license for it. But, during production, Miyamoto discovered that they couldn’t actually use the Popeye brand, creating the first roadblock for the game.

Instead, he replaced Popeye with a regular blue-collar worker and turned Popeye's enemy Bluto into a big monkey. Donkey Kong then became Nintendo’s first huge hit, with Mario completely transforming the gaming industry and Miyamoto settled in the hall of fame as one of the greatest game developers of all time.

If George Lucas stuck with the original concept, Stars Wars fans could’ve had a totally different experience. Han Solo, one of the key protagonists in the franchise was initially part of the Ureallian species, making him a giant, green alien covered in a slimy material rather than the cool, sarcastic, flamboyant pirate people all over the Star Wars universe we got to know and love.

Each draft of the script saw Han Solo portrayed differently until finally, they settled on him being a human. Only because Lucas wanted the audience to connect well with the core characters and the production team were worried that making Han Solo into an alien would push him into a sidekick role. 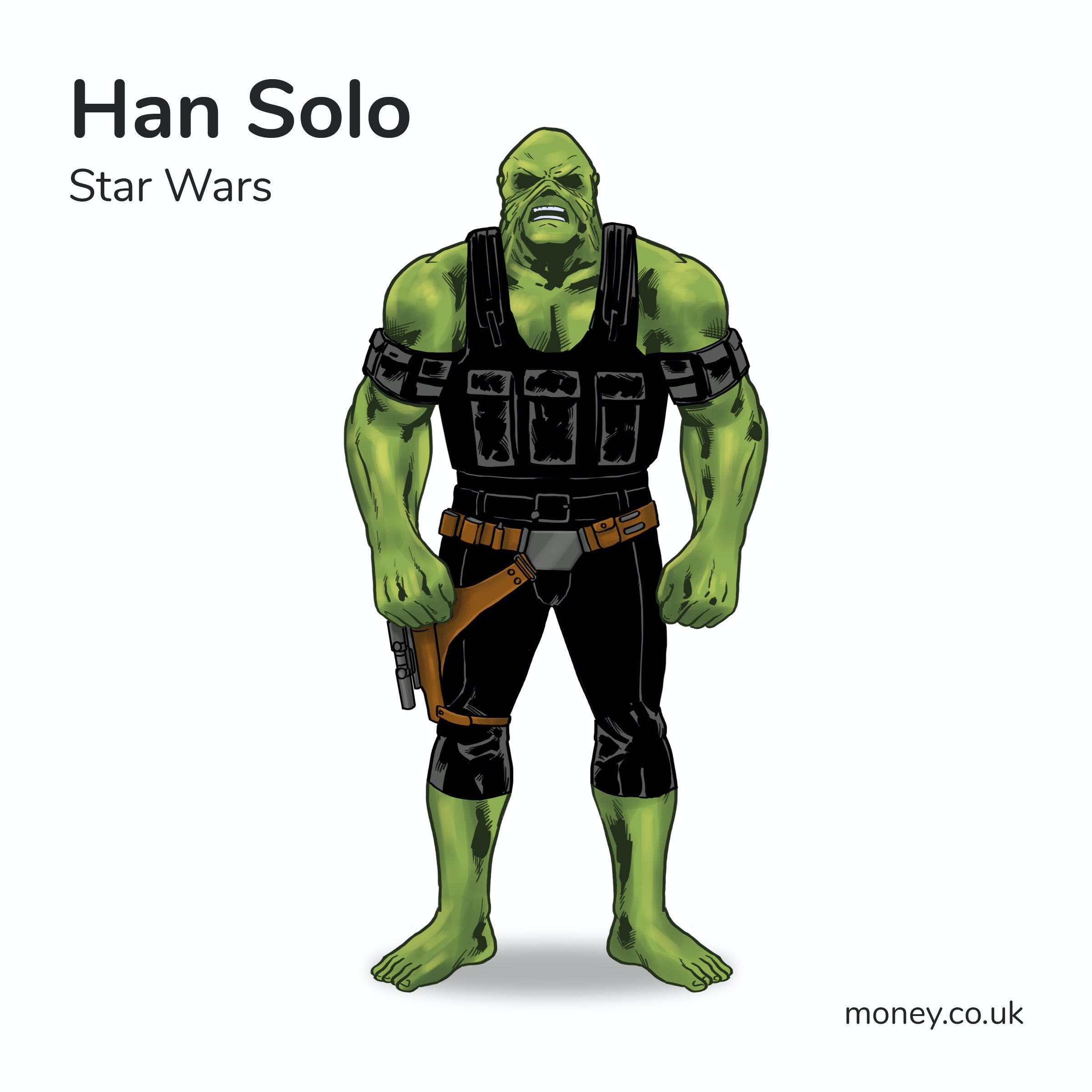 More recently, with the release of The Mandalorian, it was revealed the Baby Yoda, (a.k.a. “The Child”) was originally a chubby, wrinkly character with pointed teeth and bits of hair growing on his big ears. Very different to the adorable global phenomenon we’re all obsessed with today!

Disney was a huge part of many of our childhoods. With countless movies, magical theme parks, TV shows, merchandise and a passionate fanbase, it should be no surprise to learn that it's the most powerful movie studio right now. And with so many characters, there’s bound to be a few changes along the way.

One change that could’ve cost Disney one of its most popular and successful movies was Elsa in Frozen. Early sketches show that originally, Elsa and Anna weren’t related at all and instead, Anna was a local girl who went to Elsa, the evil snow queen for help.

With light blue skin, short blue hair and a coat made out of weasels, the original Elsa paints a terrifying picture. It wasn’t until the team were working on the songs when they realised Elsa wasn’t a villain at all, rather someone stuck in a tricky position which made her isolate herself from everyone. 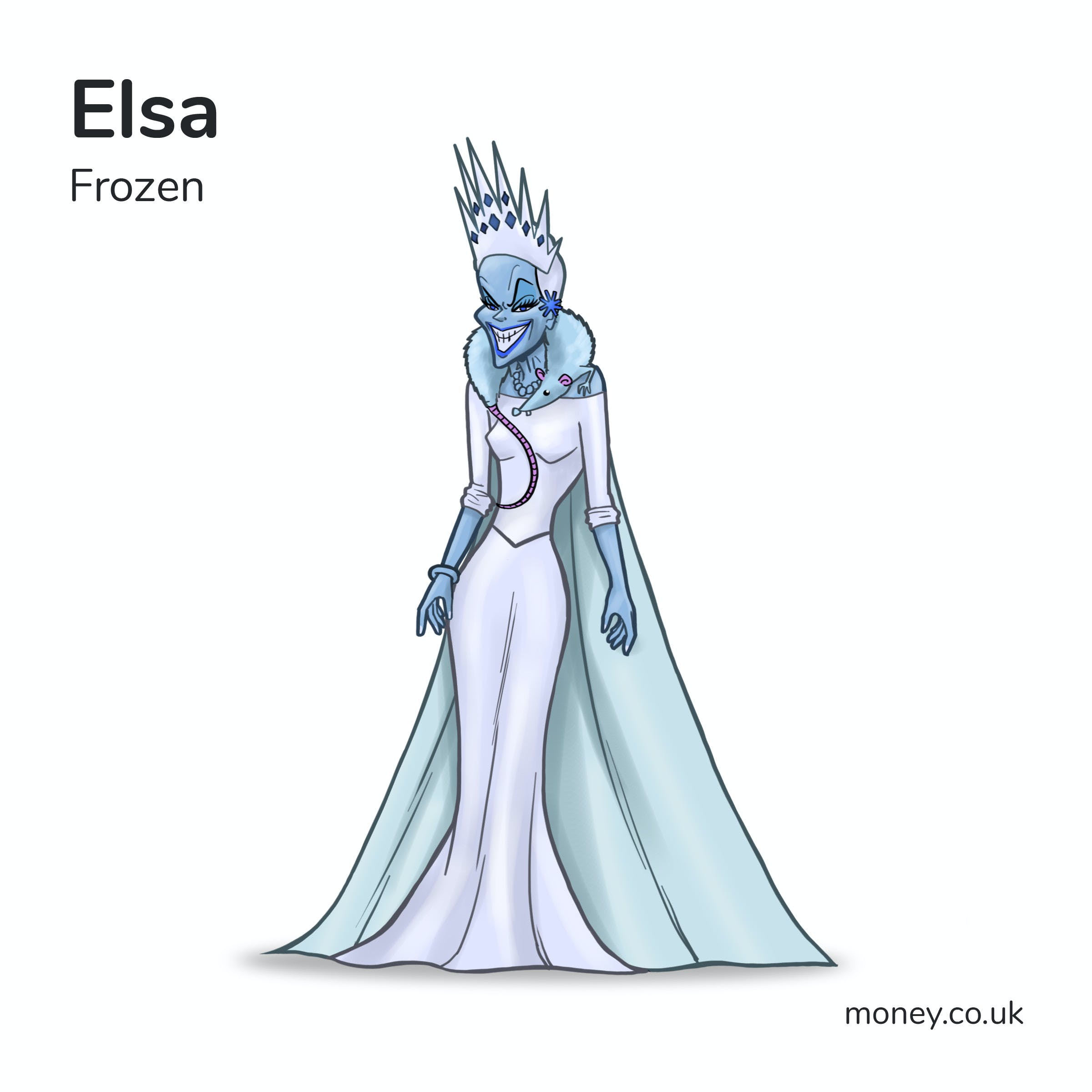 A family favourite, and probably one of the most recognisable characters in the Pixar world, Buzz Lightyear nearly ended up looking totally different. Pixar’s first feature film started as a full-length version of their short film, Tin Story, about a mechanical drummer toy navigating itself around a baby’s nursery.

This evolved to a more glamorous ‘space toy’ called Lunar Larry, which whilst catchy, doesn’t exude the superhero vibes we know and love from the character today. Pixar changed Larry to Buzz to honour astronaut Edwin ‘Buzz’ Aldrin. 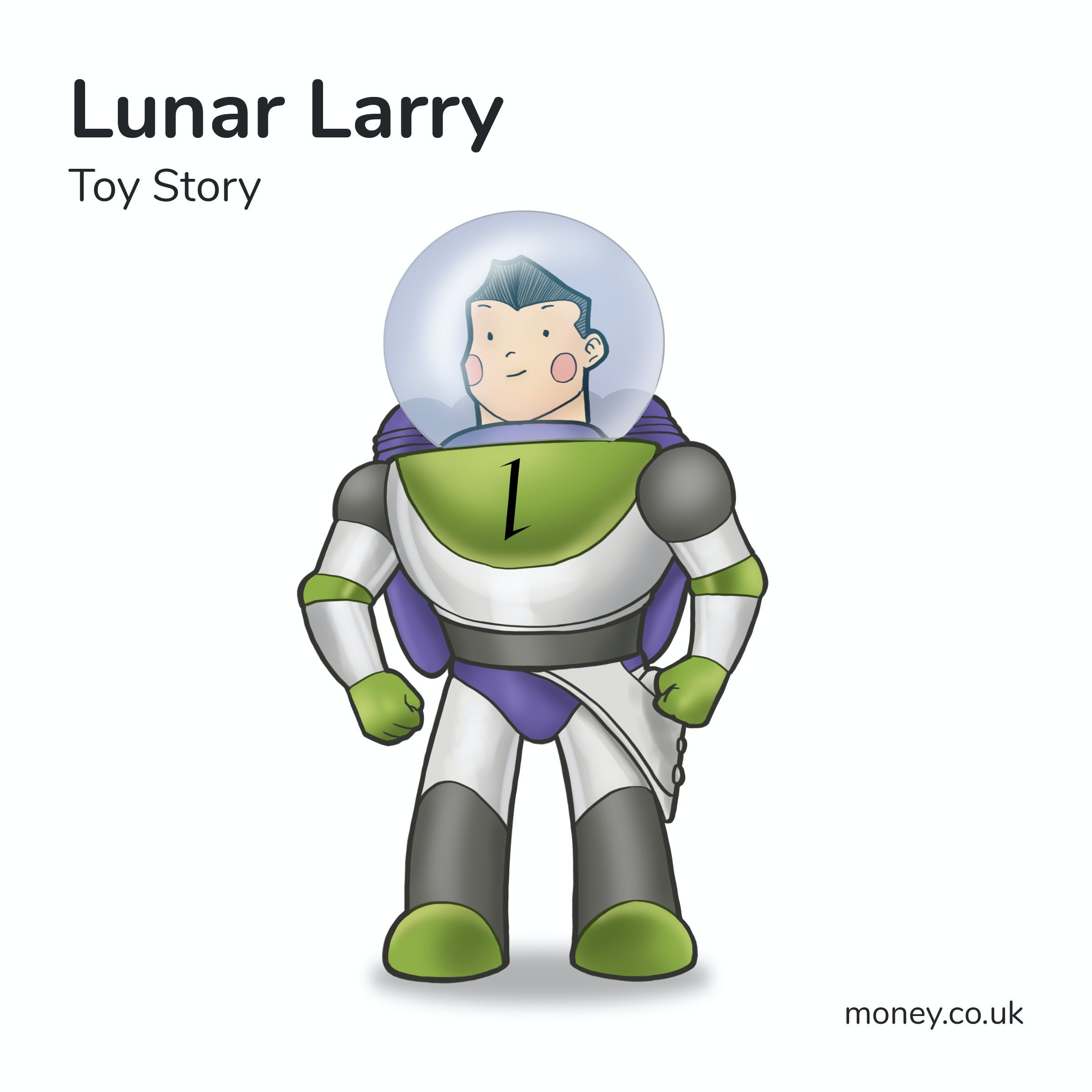 Everybody’s favourite cowboy, Sheriff Woody, was also much scarier in the original concept. In fact, the Toy Story character was supposed to be an evil ventriloquist dummy. Unsurprisingly this character was not very popular. Tom Hanks himself even reportedly shouted ‘this guy is a jerk!’ while recording lines. The mock-up of the film also got an overwhelmingly negative response, causing the entire production to shut down until a new script could be developed.

Throwing back to our childhood favourites, everyone’s favourite baddy, Ursula from The Little Mermaid went through some huge character developments before she hit the big screen. It’s common knowledge that Ursula was inspired by Baltimore drag queen Divine, animators tried out designs for the Sea Witch ranging from a Manta Ray to a deadly Scorpion Fish - we think Ursula the deadly Scorpion Fish has a wicked ring to it! 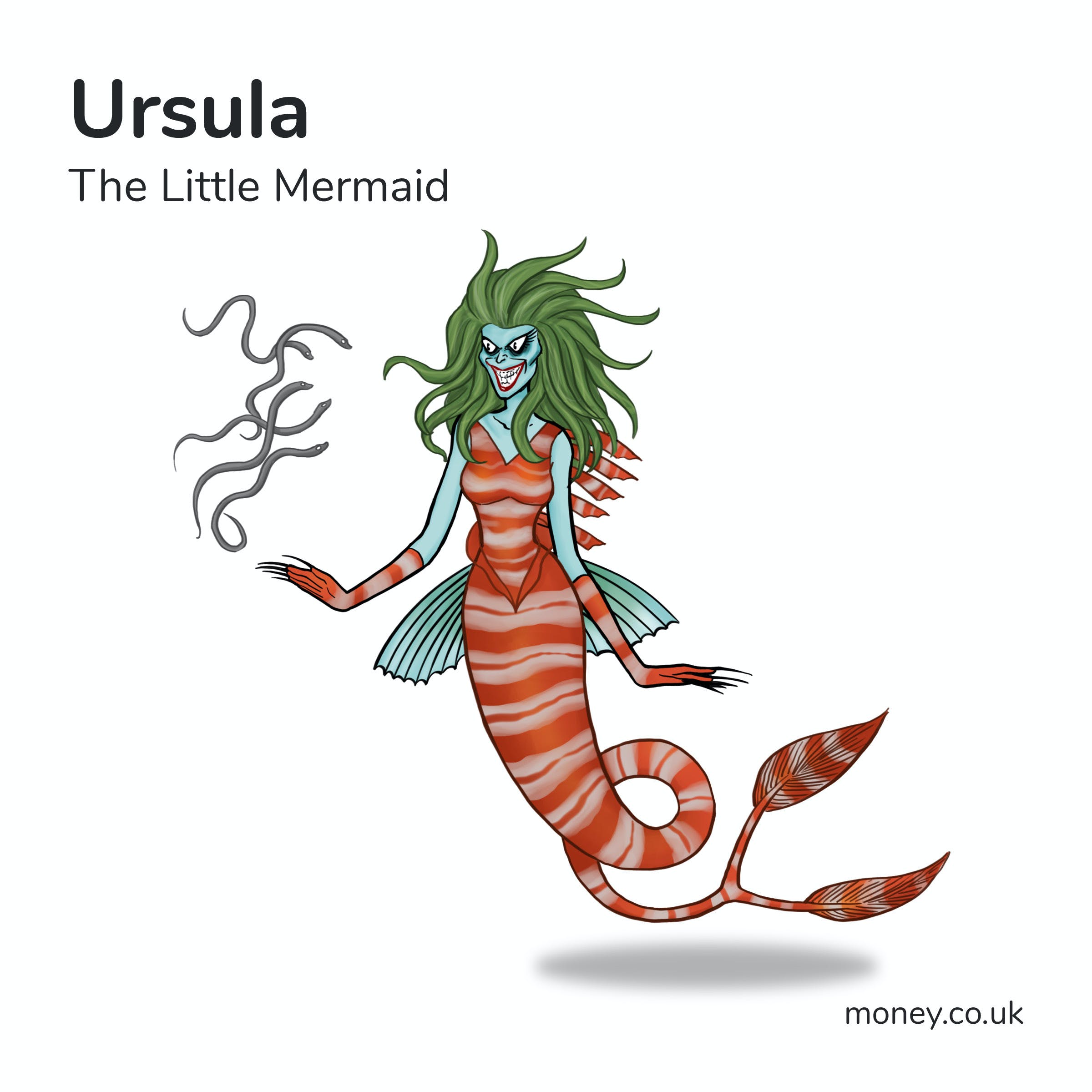 Disney’s iconic mascot, Mickey Mouse, also went through a slight change as originally he was called Mortimer Mouse which just doesn’t roll off the tongue as well. It was Walt Disney’s wife, Lillian who suggested renaming him Mickey. However, Mortimer lived on as Mickey’s arrogant longtime rival who vied for Minnie’s affections.

The iconic Genie from Aladdin went through some edits once Robin Williams, the voice behind the character, was cast. He was altered to look more like Williams, and changed from green to blue and animated to mimic his expressions and mannerisms. 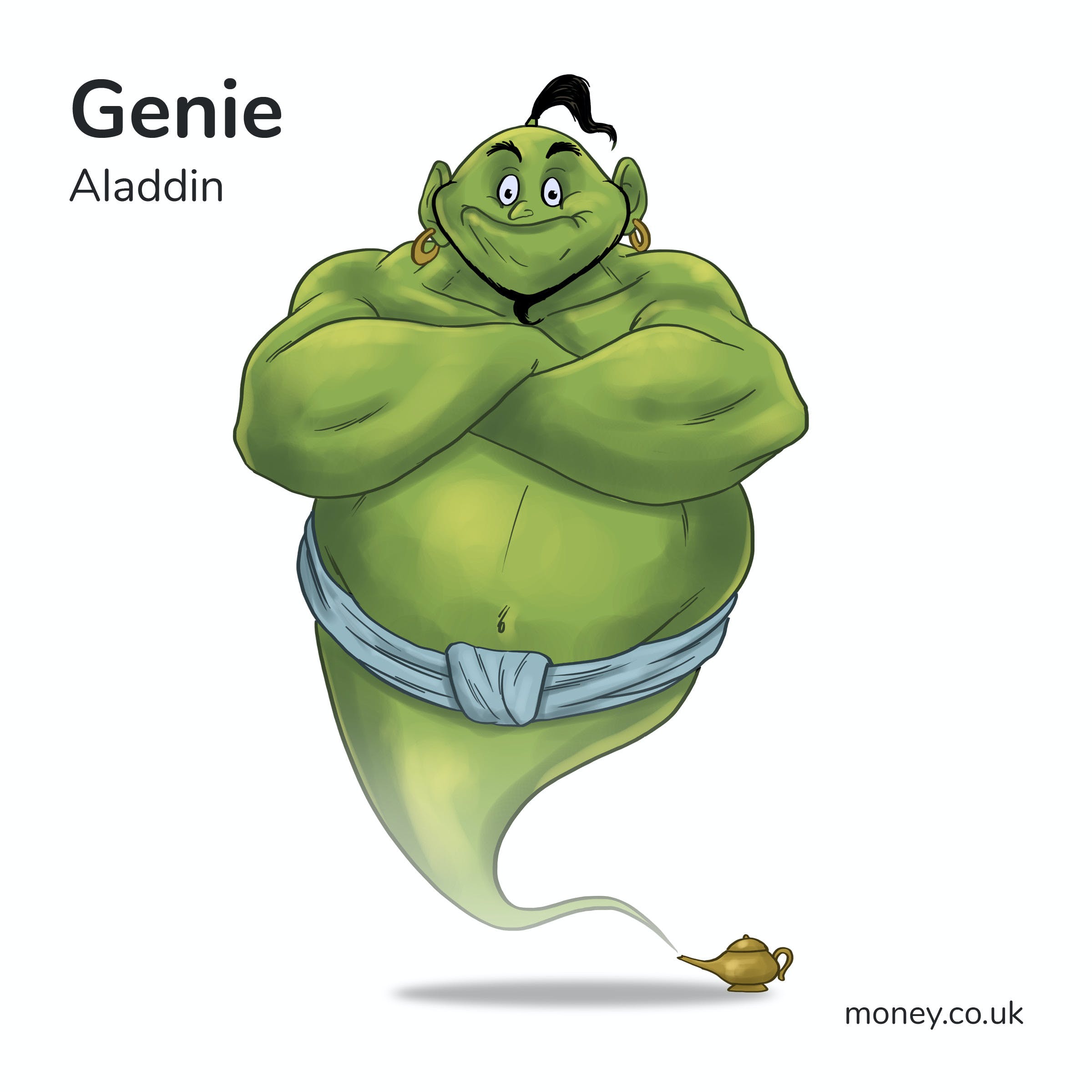 To round up our Disney characters, one of our favourite original concepts was Ralph, from Wreck It Ralph. Smashing box office figures, the film’s lovable characters nearly ended up being…not so loveable. According to Hollywood.com, the animators developed many versions of Ralph before the final gentle giant was decided on. The original concept art sees Ralph as an angry, red, furry monster, with wrecking balls for hands. 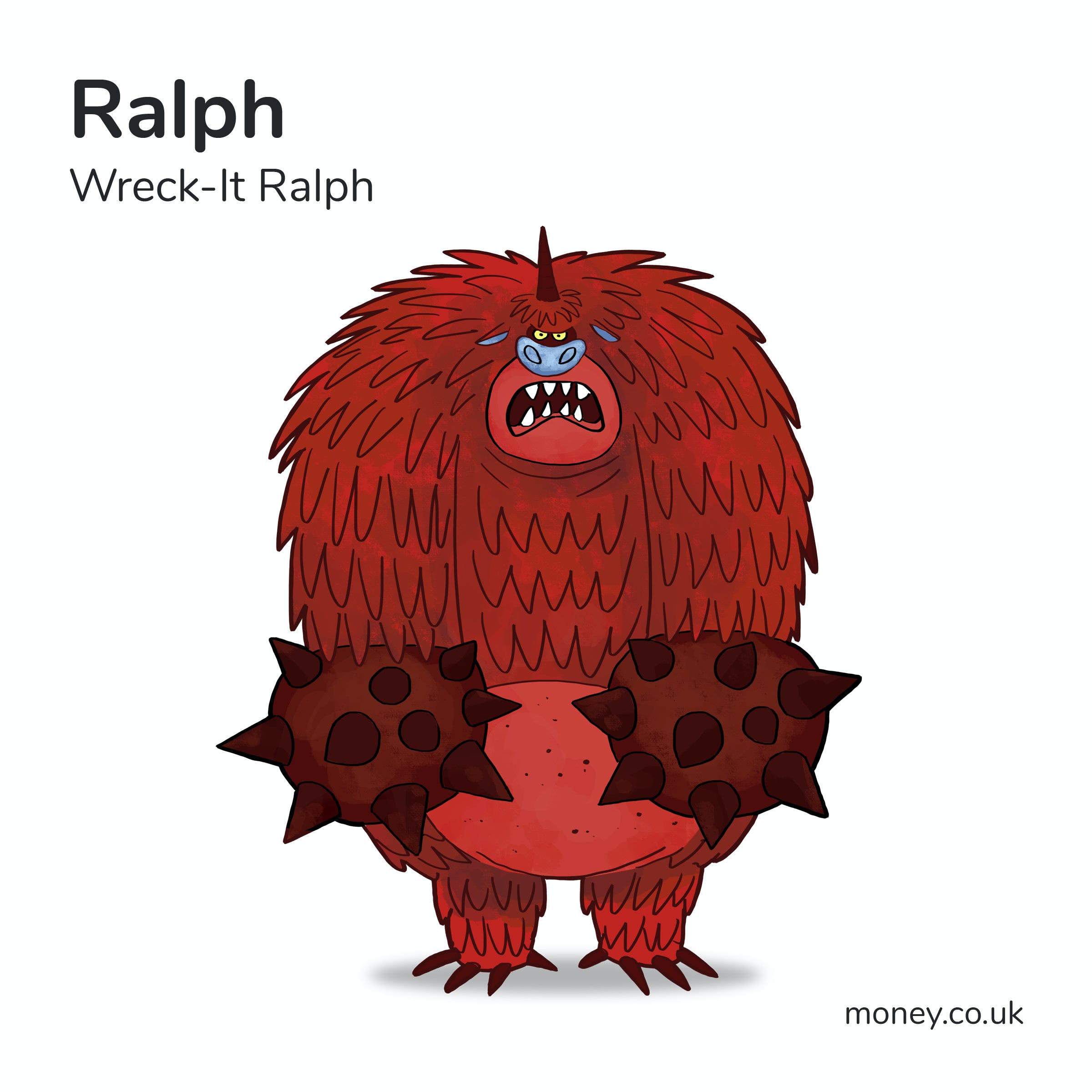 The beloved Kellogs trio Snap, Crackle and Pop were joined by a 4th character in the 1950s called Pow. Pow, which stood for Power and represented the nutritional punch of Rice Krispies, was apparently a family friend of the trio and came about during a surge of space-related advertising to deliver spoonfuls of cereal to hungry children. Snap, Crackle, Pop and Pow, didn’t quite catch on though, so Pow was dropped after just 2 adverts.

Another popular brand whose mascot didn’t quite make it to the public was the lovable Bugdroid for Android phones. Before it was the cute green robot we all recognise, Dan Morril, a Google Executive, took it upon himself to design some colourful, zany robots that looked more scary than approachable. After hiring a professional designer, the original robots nicknamed ‘Dandroids’ were quickly replaced with Bugdroid.

It’s not just TV shows, movies and video games where characters needed adjusting to really come to life. If it wasn’t for Bram Stoker reading a book titled ‘An Account of the Principalities of Wallachia and Moldavia’ we could’ve ended up with Count Wampyr instead of Count Dracula. It’s believed he changed the name after being inspired by the book, as he wrote a note saying ‘Dracula in Wallachian language means devil’.

Hermione Puckle, Nevile Puff, Lily Moon and Draco Spinks were some of Rowling's first name ideas for the famous characters in the Harry Potter series. And even Frodo Baggins, one of the protagonists in The Lord of the Rings series, didn’t actually appear until the third draft of the novel, where he was named Bingo Bolger-Baggins...we think Tolkein made the right choice changing that name.