How can I cancel my phone contract early without paying?

There are many reasons why you might be thinking about cancelling your mobile contract early. Perhaps you’re interested in a smartphone upgrade or feel you’re overpaying for your service. The typical pay monthly mobile contract lasts for two years, after which time you’re free to switch, but if you do choose to cancel early, you may be hit with an early termination fee. You’ll also typically need to pay off the remainder of your contract in a lump sum, which adds to the expense of setting up a new contract. Here’s what to consider before taking this route. 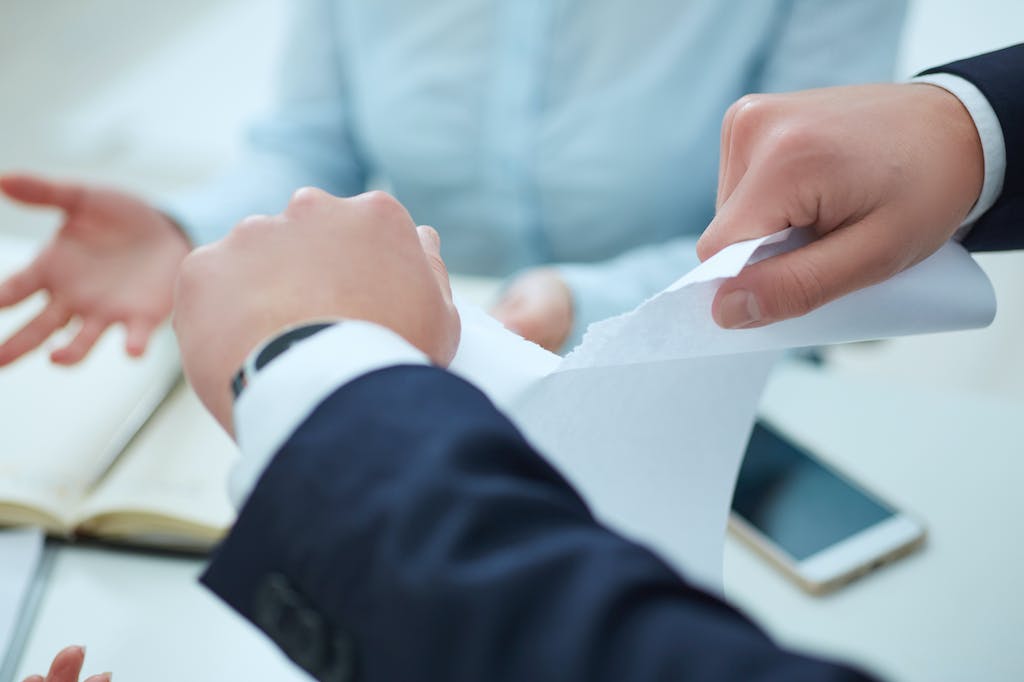 Why do you want to cancel your phone contract early?

There could be any number of reasons that you might want to switch mobile phone network provider. For example:

If you're on a pay-as-you-go contract then it's simple to switch because you're not tied into any agreement.

However, if you have signed a contract with your mobile provider, you will find it a little trickier to cancel your phone contract early.

Before you cancel your phone contract: alternatives to early cancellation

Before you rush to cancel an existing contract, it’s a good idea to look at cost-saving alternatives. These may achieve the result you’re after, without the high bill.

How to upgrade your phone

There’s no need to cancel your contract entirely if you’re interested in a mobile phone upgrade. Most new models are available to purchase outside of a contract. You can expect to pay a slightly higher price for a SIM-free, unlocked smartphone, but this might cost less than cancelling your contract early. Simply swap your existing SIM card into the new model - there’s no need to sign a new contract or pay an exit fee.

How to replace your phone

If you’re on the hunt for a new deal because you’ve broken or lost your existing phone, check your warranty first. Most models include a standard warranty as part of a pay-monthly contract. In the case of a damaged phone, your network will probably offer a repair service, but it may be cheaper to contact the manufacturer directly.

How to improve poor coverage

Are you unhappy with your network coverage? First, contact your provider to find out if issues are caused by temporary maintenance works or network upgrades. You may be offered a solution or discount to keep you on board as a customer.

How to reduce your monthly bills

If your monthly bills are too high, contact your mobile provider to discuss potential alternatives. You may be able to switch to a lower monthly tariff and avoid any cancellation costs.

How to cancel your phone contract early

If having weighed the alternatives, you decide you still want to cancel your contract early, here’s the best way to proceed.

Although BT’s SIM-only plans come with a 12-month contract, you can cancel early. The early termination fee will depend on your plan.

If you’re thinking of cancelling your EE pay-monthly plan, you can expect to pay an early exit fee that’s equivalent to 96% of your remaining payments. EE offers existing customers an annual upgrade scheme, which can be a good alternative if you’re interested in a new phone.

One of the exceptions to the rule, giffgaff doesn’t charge any early termination fee. Customers are not tied into a contract, which means they can cancel or upgrade at any time. However, if you’ve purchased a handset directly from giffgaff, you’ll need to continue paying for the device as part of a separate payment plan.

Like giffgaff, O2 allows you to take out two separate contracts – one for your handset and the other for your data plan. This means you can upgrade your phone whenever you wish using the O2 Refresh programme, which is great if you like having the latest smartphone.

You can cancel a Vodafone contract within 30 days of signing without any fee. After that, you’ll need to pay a termination fee.

When can I cancel my phone contract without a penalty?

You’ll need to weigh the pros and cons of terminating your contract early. If your service is poor with unreliable coverage, there’s no point sticking with it. While mobile providers have retention teams to try and keep your business, you have the right to shop around for a better deal and more reliable service.

There are several situations where you have the right to leave your contract early without incurring penalties:

You’re in the 14-day cooling-off period

Mobile contracts signed online or over the phone come with a 14-day cooling-off period. If you decide that the service doesn’t live up to its promise, you see a better deal or you simply change your mind, you’re allowed to cancel without any penalty during the first two weeks. This is covered under Consumer Contracts Regulations. However, keep in mind that if you signed your contract in person, the cooling-off period doesn’t apply.

Your mobile provider has raised your prices

According to Ofcom regulations, your mobile network must provide a minimum of 30 days’ notice before raising prices. If you’ve not received this notice, you’ll be able to cancel without charge. Be sure to check your contract’s terms and conditions before signing. Some providers may entice you with an introductory rate that expires after a set period.

Your mobile contract expires within 30 days

If your contract is due to expire in the next month, you can cancel without any penalty. If you’re only a few months away from the end of your contract, it may be better to wait it out rather than paying a termination fee.

Your service is poor

As we’ve mentioned above, you should contact your mobile provider if you’re not receiving adequate service. Although there’s no automatic right to cancel under these circumstances, the retention team will try to work with you to provide a solution. Additionally, many providers have acceptable network guarantees. These give customers the right to cancel a contract if the service is genuinely unacceptable.

Finally, those on pay-as-you-go contracts are free to walk away at any time. Early termination fees only apply to those with pay-monthly contracts.

When to file a complaint and cancel a phone contract

Do you still have time left on your contract, but are suffering from a poor signal? If you’ve already contacted your provider without result, try ringing again to inform them that you’re making an official complaint. Keep a record of this call, with any relevant notes. The provider is obligated to act on your complaint. If you’re still not satisfied, ask for a letter of deadlock to record what both parties have done to resolve the issue.

The provider has 14 days to respond, after which time you can go to the ombudsman with your complaint. Depending on the ombudsman’s findings, you may be able to cancel your contract early without incurring fees. Ofcom is a good source of information for any type of telecom complaint.

How to cancel a phone contract automatically

In the past, you had to ring your provider to cancel your contract, but Ofcom has put in place a new automated system to make the exit process less stressful.

If you’re coming to the end of your contract, you can now send a free text message to your provider stating that you want to terminate the agreement. It will then reply with a unique code, which you can pass on to your new network to get you switched over. If there are any early termination fees or outstanding handset costs, this will also be relayed to you via text message. This allows consumers to weigh their options more carefully, without feeling pressured by a member of the company’s retention team.

If you still want to cancel, you can forward the code to your new network. You should be able to switch providers within a single working day.

Finding the best deal after you cancel a phone contract

Once you’ve determined how to cancel a phone contract without paying, it’s time to think about finding the best new tariff. Look at your phone bills to find out how many texts and minutes you typically use, along with your average data consumption. If you don’t want to get locked into another contract, you could consider a pay-as-you-go deal. This allows you to top up your account when you want, paying for calls, data and texts as you need them.

Pay-monthly contracts last between 12 and 24 months and are a good option if you’re hoping to upgrade your handset. If you’re a frequent phone user or consume lots of data, this type of plan is usually best. However, you’ll need to commit to the full contract term or risk paying an early termination fee.

Finally, SIM-only deals offer inclusive calls, texts and data, but usually don’t lock you into a lengthy contract. With a SIM-only contract, you place the card in your existing handset or into a new phone you’ve purchased outright. And if you want to avoid cancelling a phone contract in the future, look for a rolling month-to-month plan.