Kids can’t meet Santa in 2020, so we found the best places and services to virtually call Santa from at the North Pole. 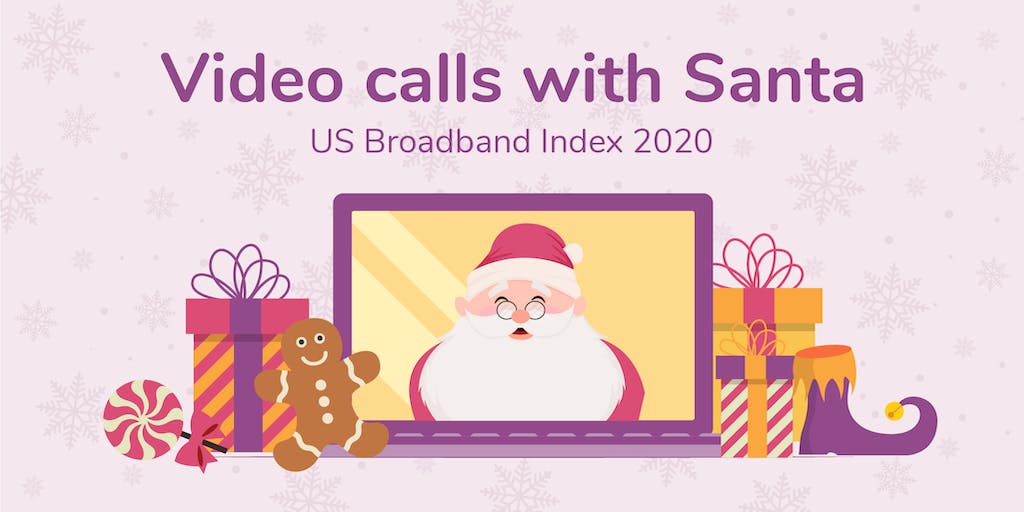 2020 was a year like no other, and this year’s holiday traditions will certainly be no exception. But the coronavirus pandemic won’t stop Santa Claus from coming to town.

Parents all over the world are skipping the annual tradition of bringing their kids to meet Santa in his grotto for Christmas pictures or sit on his lap and share their Christmas wish list—instead, they’ll be scheduling yet another Zoom call so that their kids can still meet Santa (in a socially-distanced way!) and experience the magic of Christmas.

While we’ve heard that the internet at the North Pole is pretty fast (thanks to a few of the elves who work in IT in the off-season), not every state has the same speedy broadband. money.co.uk experts ranked the US states with the fastest and slowest internet speeds to see which states are best for virtual calls to Santa’s grotto. 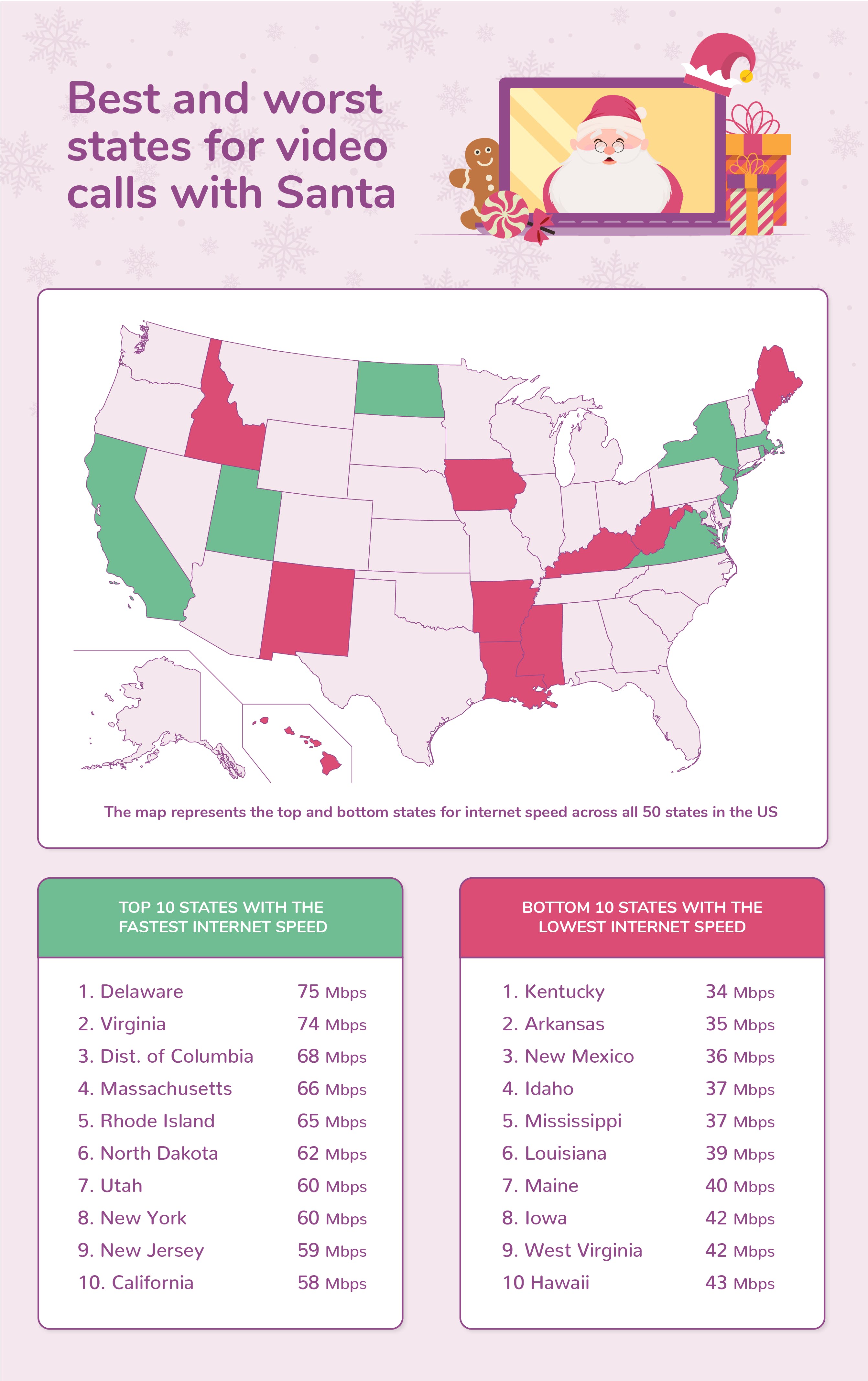 Top 10 states to book video calls in with Santa, according to internet speeds

Dozens of new, virtual services were introduced this year to give parents several options for their little ones to meet Santa, so the internet experts at money.co.uk put together a roundup of the most common kinds of services available. 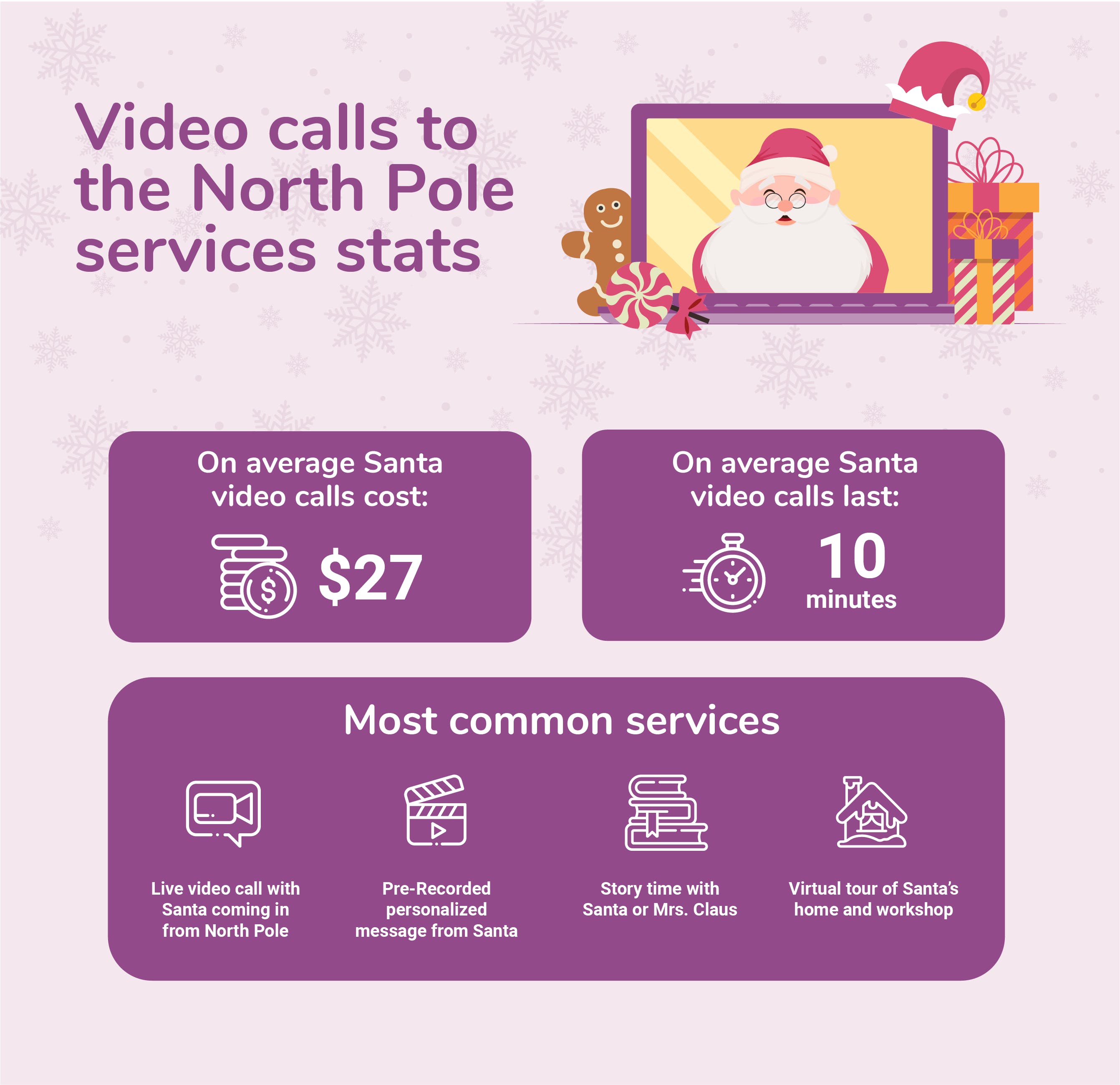 We also analyzed and ranked the best US states to book face-time with Santa - according to internet speeds by state - as well as how many kids are in each state, to figure out where the best places to virtually meet Santa are and how much demand there might be.

Remember, even though we can’t all visit Santa this year, he’s still able to safely visit our homes to put presents under the tree. Santa might have some fatigue this year, so let’s leave out some extra cookies and milk for him.

Discover how internet speeds affect housing prices in your state

More information can be found in our Internet Speed Housing Index.