Which are the best-reviewed football stadiums by the fans that visit them? By compiling reviews of 140 major stadiums across Europe, money.co.uk has been able to discover the best football stadiums in Europe.
Share this guide

Which stadiums are most liked by fans who visit them?

Starting with the European Championships in the summer, 2021 saw football fans return to live games en mass for the first time since the start of the pandemic and from all corners of the continent, stadiums have been packed to the rafters with fans screaming for their favourite teams.

The cost of season tickets can be expensive, you could consider spreading the cost with a 0% purchase credit card.

The consumer spending experts at money.co.uk have collated stadium reviews from three different sources to reveal the best-reviewed football stadiums. 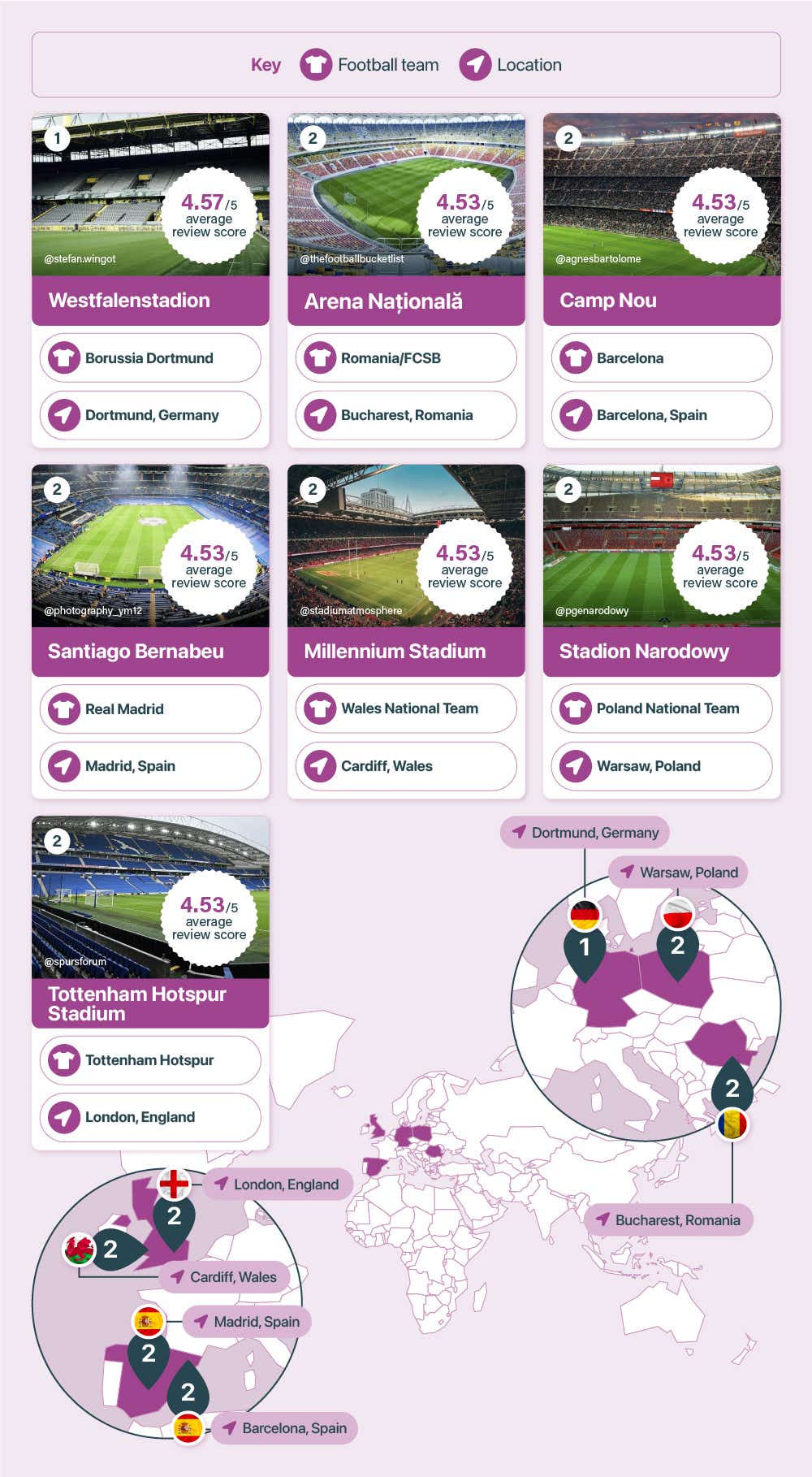 They might struggle to beat Bayern Munich on the pitch, but the home of German giants Borussia Dortmund comes in first place in the rankings. The Westfalenstadion (Signul Iduna Park) is one of the most recognisable stadiums in European football, and is home to the ‘yellow wall’ of noise made by Dortmund fans. The stadium achieved its average review score with a 4.5 on Tripadvisor, 4.7 on Google, and 4.5 on Football Ground Map.

Six different stadiums all scored an average of 4.53/5 to rank in joint second place. These stadiums are: 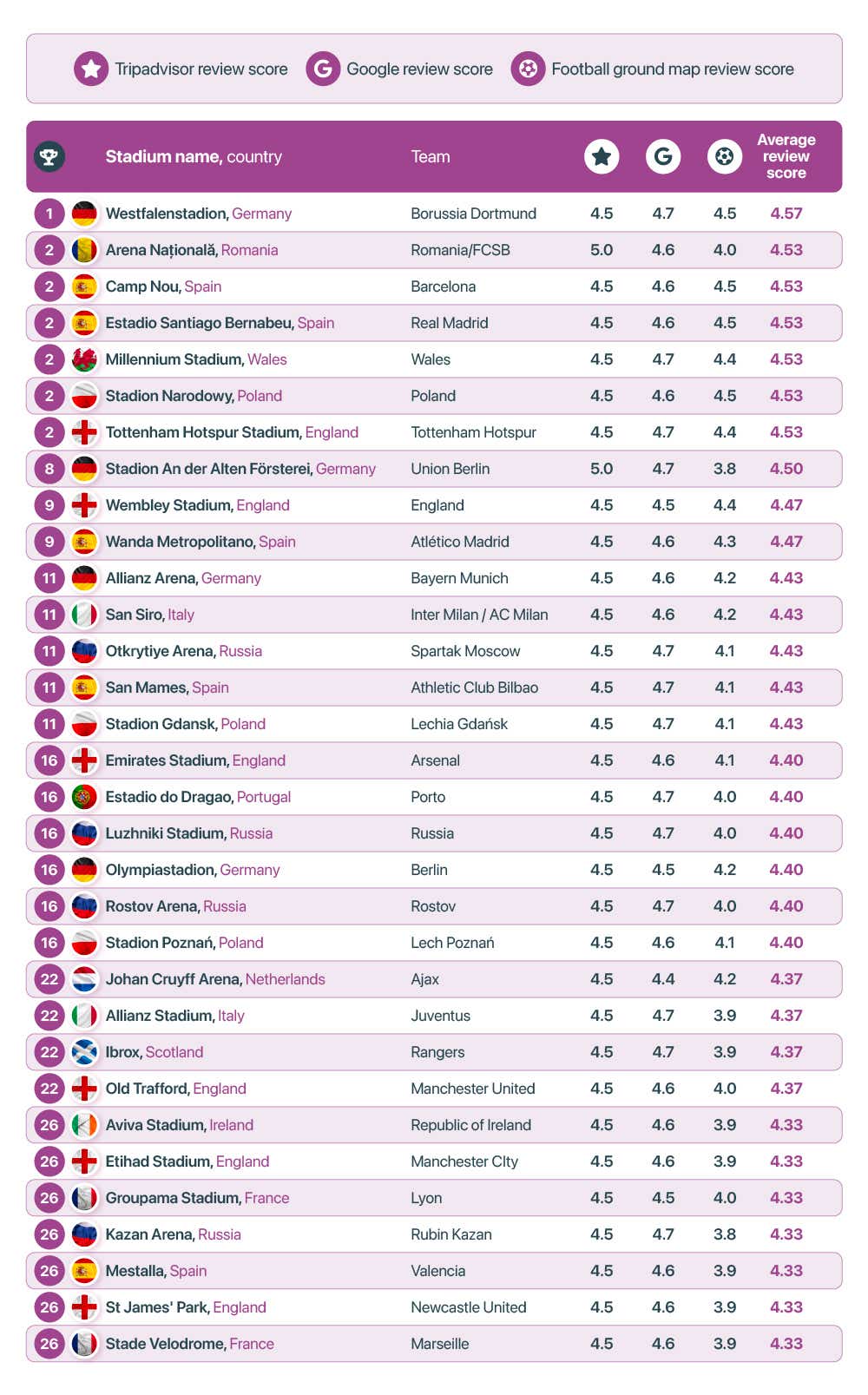 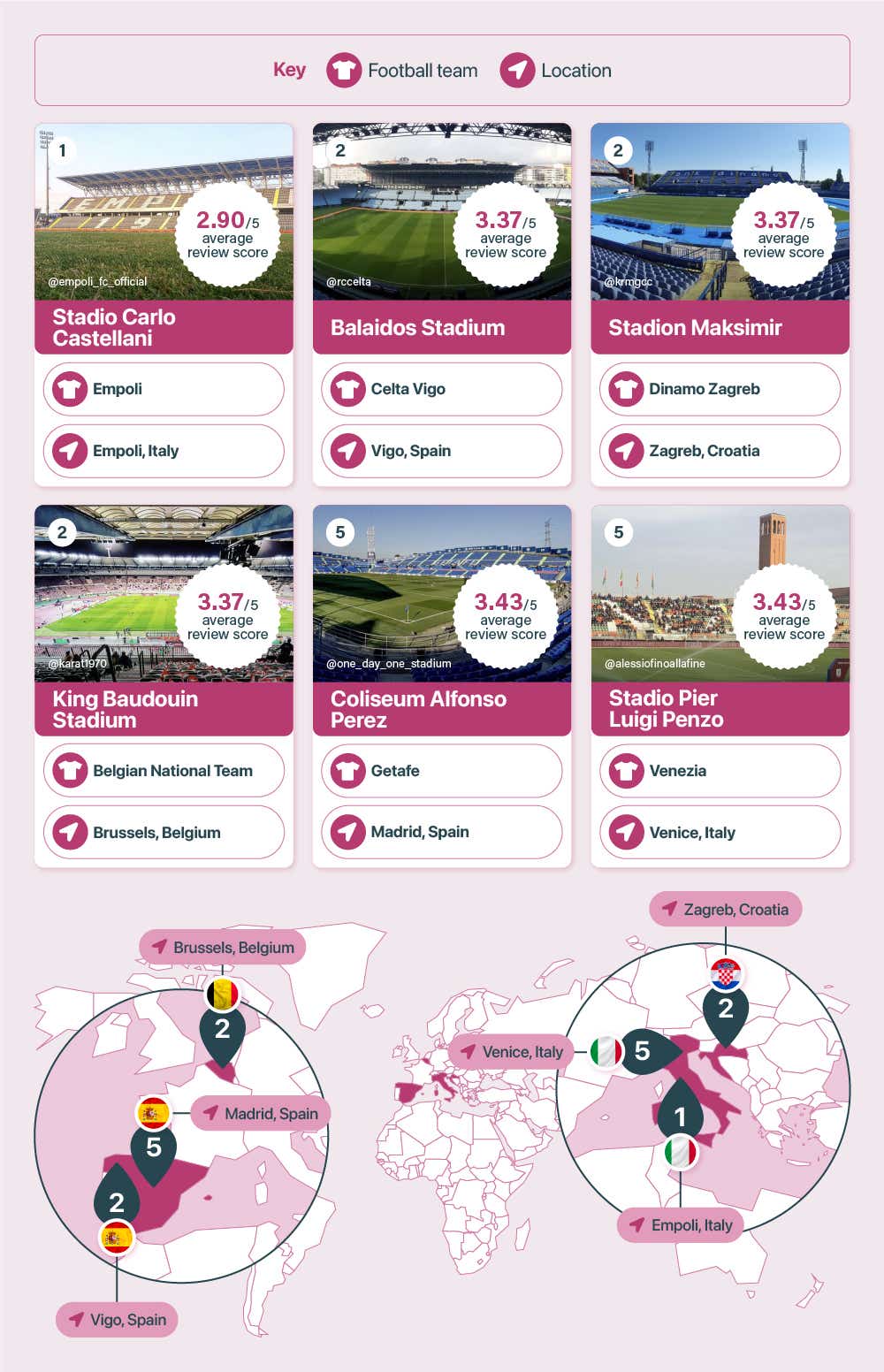 The worst reviewed major stadium in Europe is Stadio Carlo Castellani, home to Empoli. The average score was brought down by a poor 1.9 out of 5 on Football Ground Map, meanwhile it had low scores of 3 on Tripadvisor, and 3.8 on Google.

Home to Spanish top flight side Celta Figo, Balaidos is one of three stadiums with a 3.37 rating, making it the fourth worst reviewed stadium in European football. It scored 3.5, 4.2, and 2.4 across the different review sites.

Dinamo Zagreb are powerhouses of Croatian football, and have produced some talented players in recent years. However, it appears their stadium is roundly disliked. The Stadion Maksimir scored just 3 on both Tripadvisor and Football ground map.

The home of Belgian football is one of the second worst reviewed stadiums in Europe, they had an average rating of 3.3 and only scored a high of 3.9 on any of the review sites.

The home of newly promoted Italian top flight side Venezia, is the joint fifth worst reviewed stadium. It scored 4.43 on average, which makes it level with the Coliseum Alfonso Perez, home of Spanish top flight side Getafe. 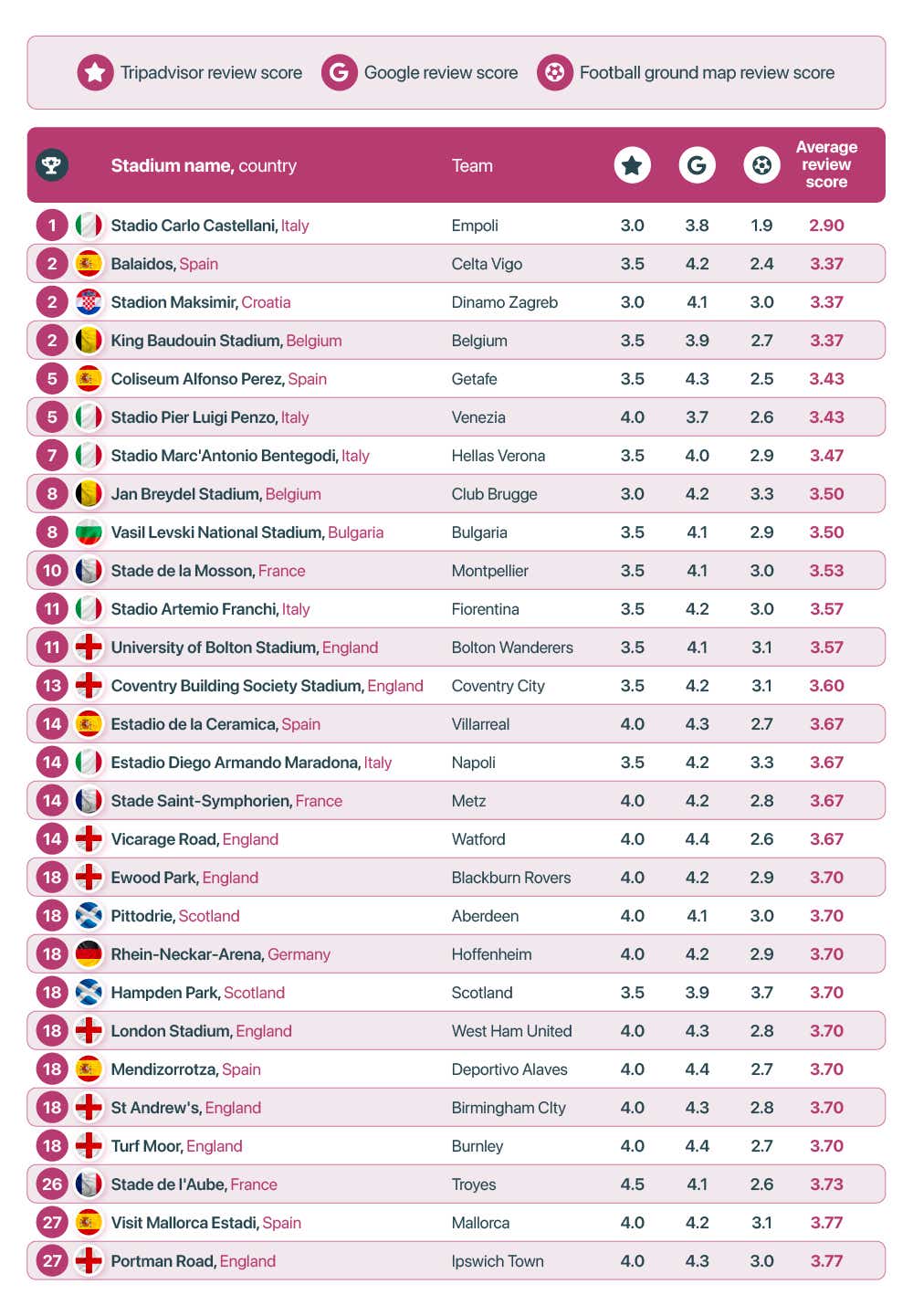