The works of Charles Dickens have inspired generations of literary fans, but how much would the properties that appear in his novels cost today? The mortgage experts at money.co.uk reveal the true value of the homes, flats and mansions from Dickens' literature.
Share this guide 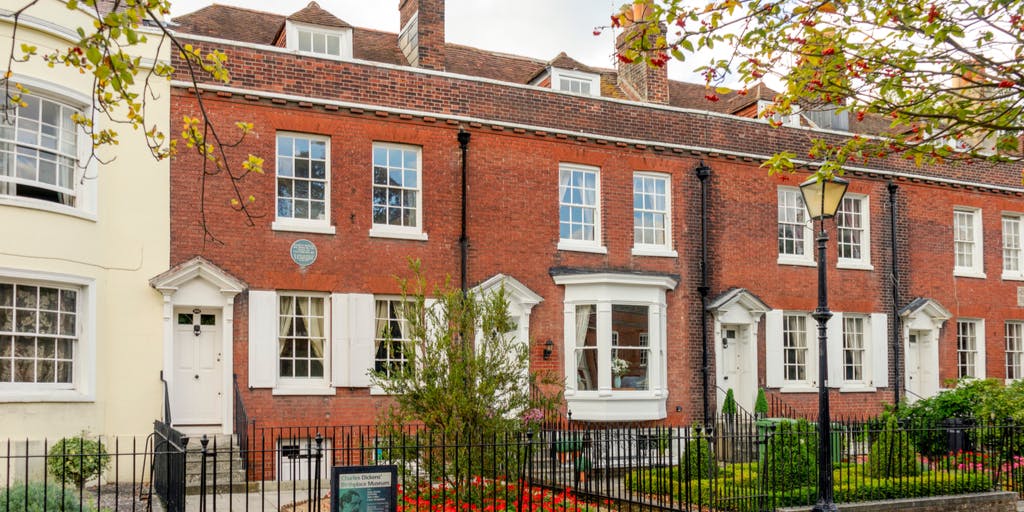 Sunday (7th of February) is Charles Dickens’ birthday, a man widely regarded as the most successful author of the Victorian era. Although famous for his incredible character writing and social commentary, Dickens is also well known for his unflinchingly accurate description of London in the 1800s.

Throughout his work, several of his characters live or work in streets or squares that are still known to residents of the capital in 2021. To celebrate the great author’s birthday, mortgage experts at money.co.uk have taken a look at some of the most famous streets, flats and homes from Dickens’ work and calculated their real value in 2021.

Compare mortgages to find the best deal for your new home. 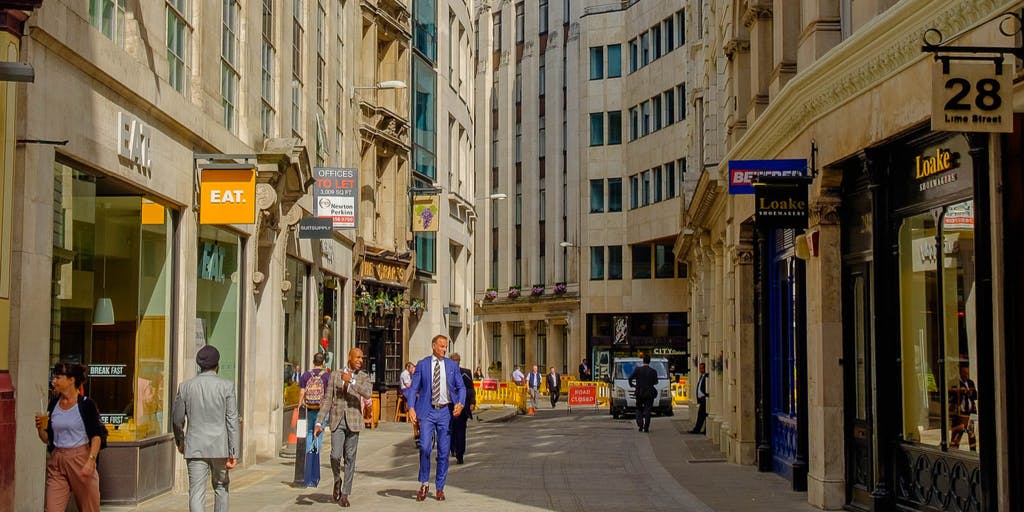 A Christmas Carol is one of the most regularly adapted novels of the 20th century, appearing in dozens of films, TV and theatre productions. In the novel, Ebenezer Scrooge’s home is located at 45 Lime Street in Central London, where a great deal of the book’s action takes place. Today, the majority of Lime Street (including number 45) is taken up by a mix of commercial and corporate premises.

However, number 47 (which was sold in May 2020), is a three-story building not dissimilar to the townhouses that were common in central London back in Dickens time, and due to its desirable central location it is the priciest Dickensian property of all - Scrooge himself would be pleased! 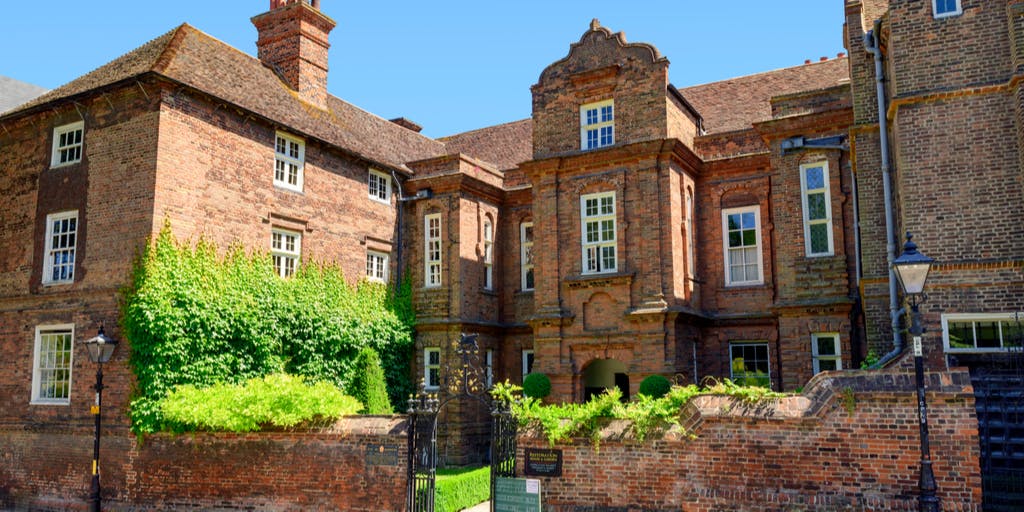 In Great Expectations, Miss Havisham’s mansion is described as a ‘large and dismal house’, however, its real-life counterpart (Restoration House, located in Rochester, Kent) is anything but. Our valuation places it as the second most expensive house on our Dickens list.

Throughout David Copperfield, the protagonist visits dozens of locations, however for a portion of the novel he lodges with Mrs Crupp at Number 15 Buckingham Street. Like many streets in the very centre of London, Buckingham Street is now dominated by office buildings, however above the office now located at number 15 – you can purchase a number of flats for a tidy sum. 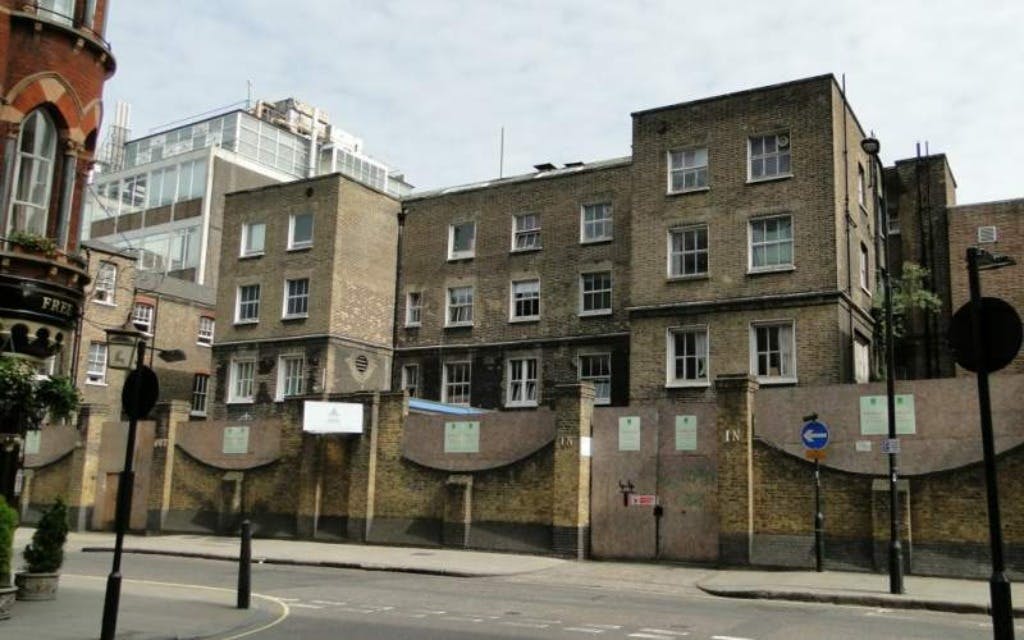 Possibly one of the most iconic locations in all of Dickens’ work, the workhouse where Oliver Twist uttered his most famous line “please sir, can I have some more?” is actually based on a Georgian building on Cleveland Street, located just two doors down from another of Dickens’ childhood homes.

Currently in the process of being redeveloped into a mixture of commercial and residential properties, the value of the site has grown exponentially since Dickens’ time.

Property Price: £1,700,000 (estimated purchase price based on one hotel room) 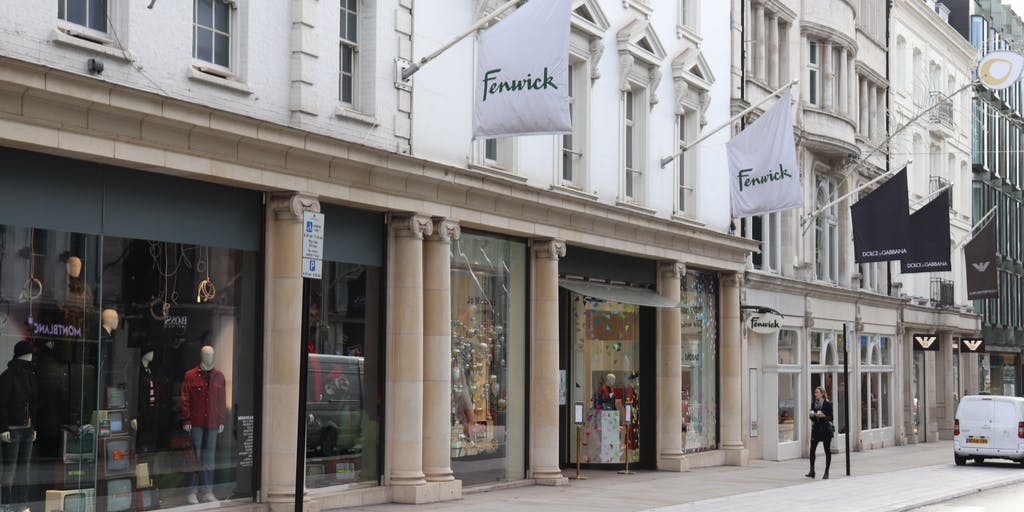 Bond Street back in the 1800s was home to several luxury hotels, with the likes of Cousin Feenix (from Dombey and Son) and Sir Mulberry Hawk (from Nicholas Nickleby) renting rooms in their respective novels.

Today, it is known more as a high-end commercial street, featuring luxury shops and restaurants. If you’re looking for lodging to go with your Burberry, Chanel or Miu Miu purchases, you’ll have to head further afield to nearby Stratton Street, which offers the closest hotels. 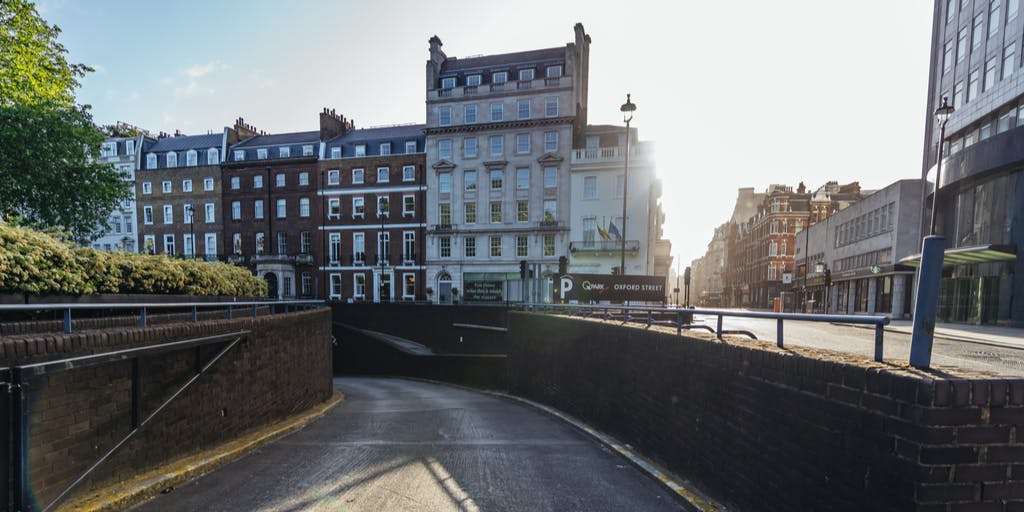 Cavendish Square appears in no less than four Dickens novels – Nicholas Nickleby, Little Dorrit, Barnaby Rudge and Our Mutual Friend – and is portrayed as a fairly fashionable square in West London.

Today, the square is surrounded by a diverse mix of office buildings, commercial ventures and period buildings, such as the Royal College of Nursing located at number 20. In the centre of the square is a small park, with a public car park underneath. Even if you decide to purchase just a small shop like Madame Mantalini, it is estimated to cost you considerably north of £1 million to do so. 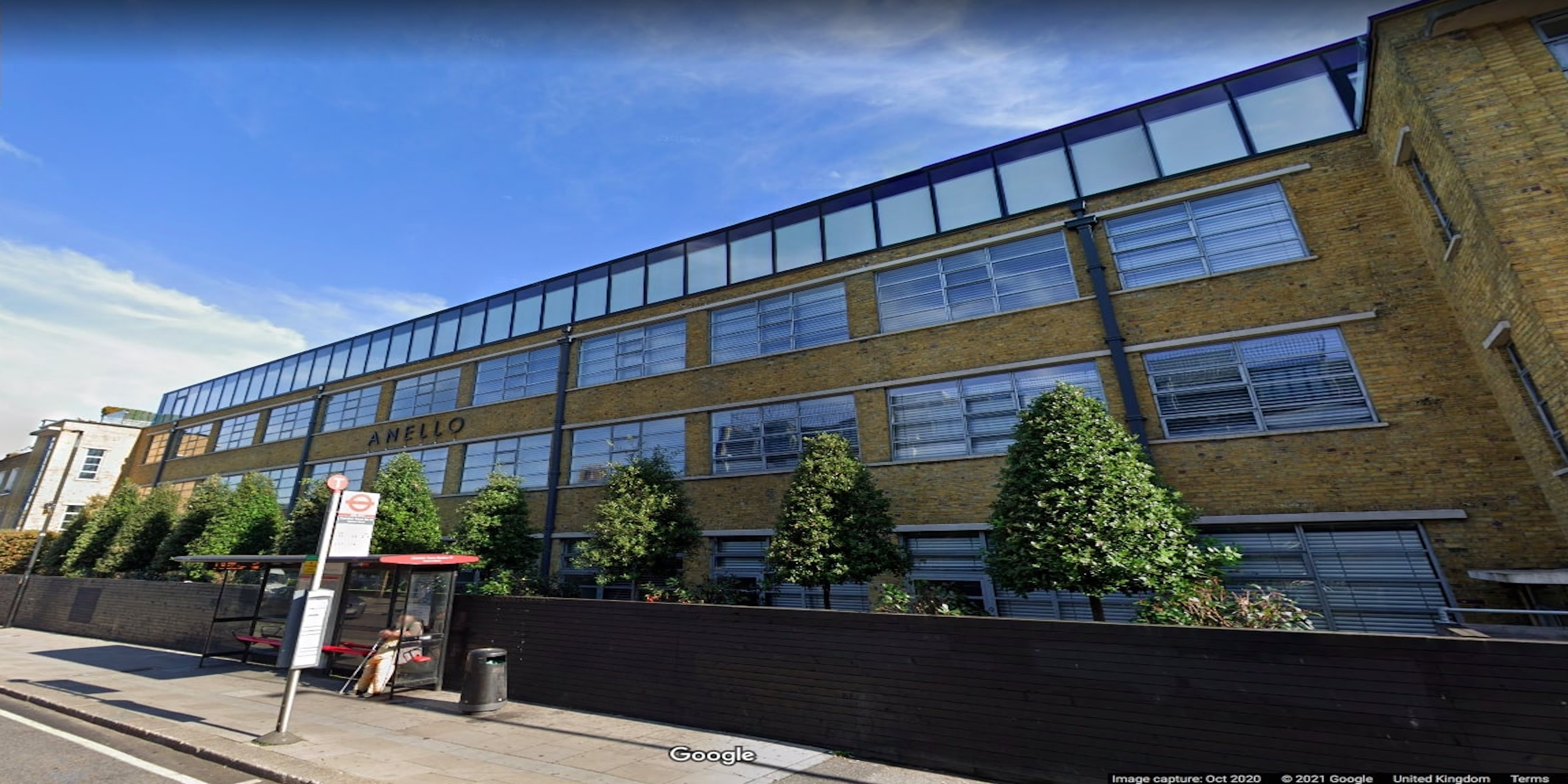 Although only featured briefly in A Christmas Carol, Tiny Tim is a key character – acting as a symbol of the consequences of Scrooge’s actions.  He lives in Camden at number 16 Bayham Street, which in the 1800s was far from hip and trendy - it was a poverty-ridden slum.

Dickens himself lived in Bayham Street in his youth, and the awful conditions he saw in Camden were a direct inspiration for Tiny Tim’s home (as well as the home of the Micawbers in David Copperfield). Back in the first half of the 19th century, the Dickens family rented out their Camden flat for just £22 a year.

Nowadays, if you want a modest two bedroom flat in Bayham Street to channel your inner Dickens, you’ll need almost £1,000,000 to do so. 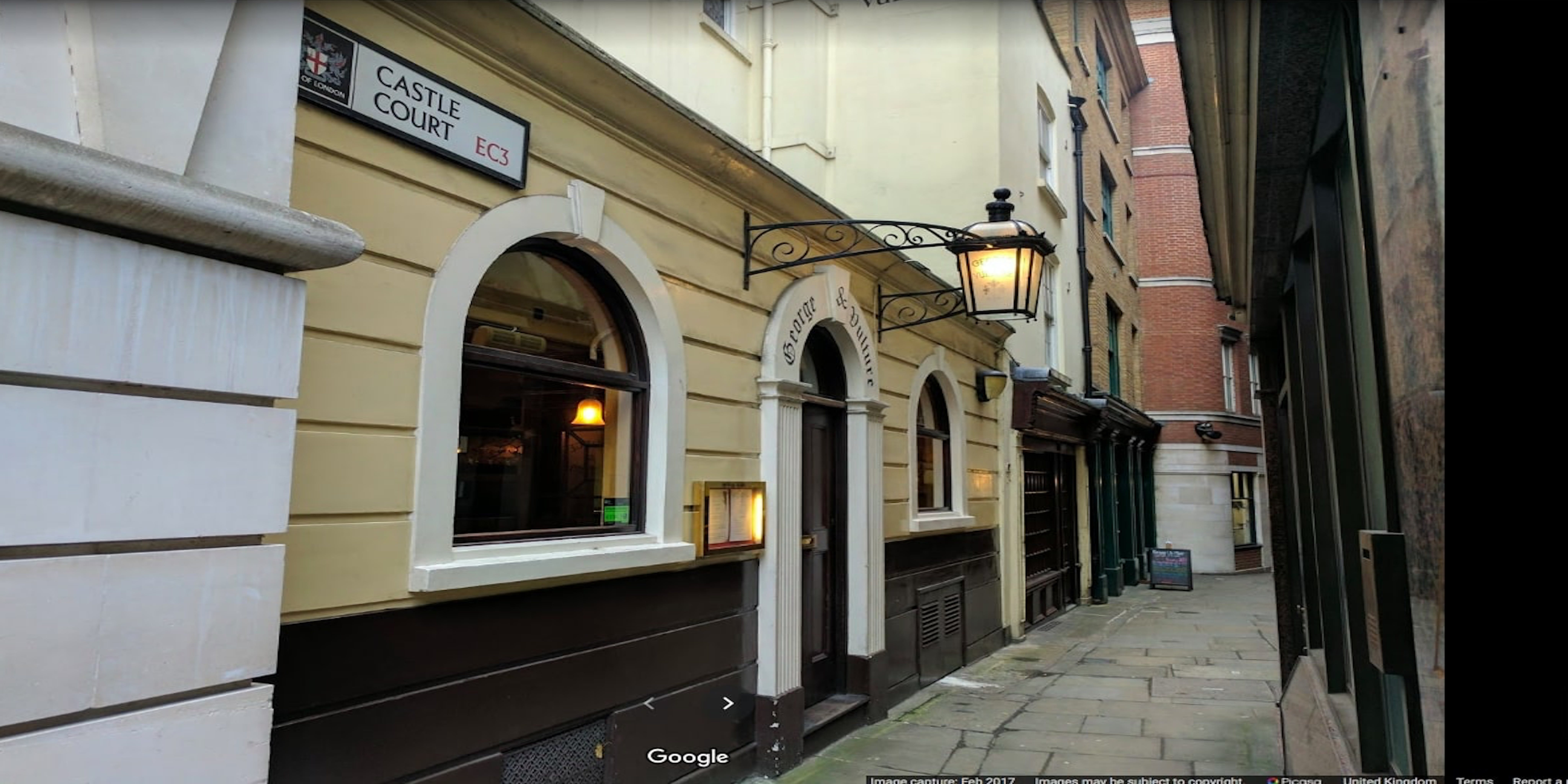 Featured in the Pickwick Papers, the George and Vulture is mentioned over 20 times by Charles Dickens who frequently drank inside. It also famously became the Christmas Day gathering place for the Dickens Family in the Dickens Room.

It is located at 3 Castle Street in Langbourn. Interestingly, there has been a pub/inn at this site since 1142, however, as with the price of a pint, the mortgage rate has risen dramatically in the intervening 800 years.

In The Old Curiosity Shop, Sampson and Sally Brass have an office at this address in east London. Despite the two-century gap, the street is remarkably similar to how Dickens portrayed it (in function, if not in appearance). The street is still made up of a mixture of offices, bars and restaurants, and although some are now closed due to lockdown restrictions – many properties are still available to buy.

In order to discover the valuations of the following properties we used various reliable sources:

For the remaining properties (Miss Havisham's house, The Workhouse, Bond Street Hotels Cavendish Square) we explored Google Maps planning tool to discover the m² of the properties. We subsequently multiplied this size by the average house price per m2 according to Numbeo.

Looking purchase your own property?

Whether you are considering purchasing a laving residential mansion or a more modest property, our mortgage comparison tool will help you find the right mortgage deal for you.

If you want to discover the prices of other iconic properties, take a look at our Mortgages for Monarchs page, where we reveal the estimated value of Royal Palaces around the world.