Fair usage policy (or FUP) is a service provider’s way of ensuring everyone has equal access to high-speed internet. As up to 50 houses can be using the same telephone line or satellite to deliver internet, during peak times it can be under a lot of pressure to perform. To ensure everyone is receiving the same speed and no one household is causing the service to bottleneck and slowing it down for others, fair usage policy comes into play.
Share this guide 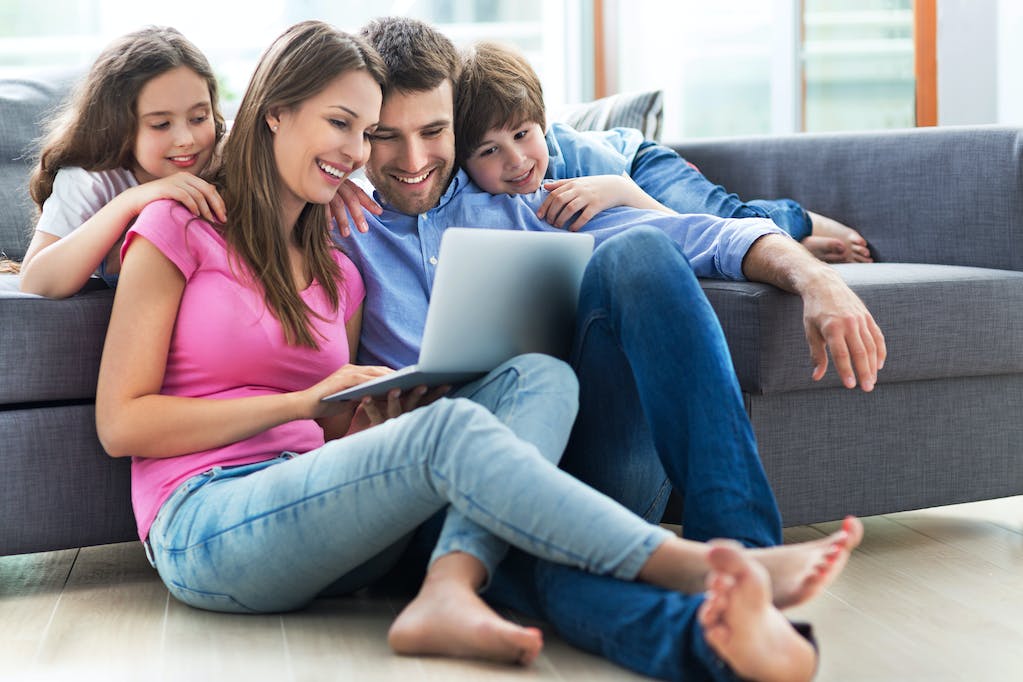 Until recently, most broadband contracts included a fair usage policy (FUP), which set out the amount of data any household could use within a given time (generally a month). If that data limit was exceeded, internet providers reserved the right to add charges. They could also slow down or even block the user’s broadband connection.

This ‘rationing’ was to ensure equality of access for all users. Because many households used the same telephone line or satellite to get online, there was often great deal of traffic, particularly at peak times. If that traffic was not regulated or managed, it could slow down speeds and prevent others getting online.

The use of FUPs has declined since the regulation and oversight of broadband contracts was tightened up, and consumers have become more aware of their rights. However, quite a few providers still use them – although they may not explicitly refer to them as FUPs. Instead, some include what amounts to an FUP in terms relating to ‘acceptable use’, ‘traffic management’ or similar.

Under EU rules (which have been incorporated into UK law, and will continue to apply after Brexit), service providers are not allowed to deliberately block or slow down internet traffic. They can take ‘reasonable measures’ to manage internet traffic so the network runs smoothly, but they can only do this for a limited time.

The idea of keeping the internet equally accessible to all users is often referred to as ‘net neutrality’ and in the UK is overseen by Ofcom. A heavy internet user might see their broadband speed limited at certain (peak) times. In extreme circumstances, it may be stopped altogether so that other people have an equal opportunity to spend time online.

In general, you are unlikely to be affected by an FUP if you and others in your household just use the internet to surf the web, check your social media or stream TV shows. This is particularly true for no contract broadband packages, which are generally chosen by households with limited internet requirements. However, some activities use much more data than others:

If you do any (or all!) of these things regularly, it makes sense to check the terms of your broadband contract to see if you could fall foul of a fair use policy. Different broadband contracts have varying fair usage policies. In some cases, you may not even notice a connection slowing down if you’re on a fibre broadband deal, since even a reduced speed ought to be more than sufficient for normal use.

What does ‘unlimited’ really mean?

Having become aware of widespread misuse of the term ‘unlimited’ in broadband advertising, the Committee of Advertising Practice defined the word in 2012. This covered how it could be used for marketing/advertising purposes. As a result, ISPs must not define their services as ‘unlimited’ if they aren’t. This, combined with the powers of Ofcom and rules surrounding net neutrality, has greatly improved matters for broadband users.

Now, it is not illegal for providers to include a fair use policy within an unlimited broadband package, but that policy must only apply very moderate penalties.

And, thanks to advancing technologies and consumer demand, many of the mainstream providers now offer truly unlimited internet packages. The Advertising Standards Authority has ruled that providers advertising in these terms cannot place any limits on the data their customers consume, and has pursued ISPs that breach this rule. The term ‘unlimited’ should mean exactly that, but where does that leave UK broadband providers?

The following paragraphs explain the packages available from leading UK broadband providers, and information is correct at time of writing (October 2020).

For those who do not want unlimited data, Virgin Media also offer broadband with a 30GB data cap. Customers with this service who exceed their data limit are charged an additional ‘unlimited top up fee’ (£7.50 in October 2020). This gives them unlimited data until the next billing cycle, at which point they revert to the 30GB limit.

If the unlimited top up fee cannot be applied, then the customer’s connection speed may be slowed until it is, or until the next billing cycle, whichever is soonest. Full details are available on Virgin Media’s website.

TalkTalk have signed up to the UK broadband industry’s voluntary code of practice, and all of the company’s broadband packages are completely unlimited.

All of Plusnet’s current packages for residential users are completely unlimited, with no data limits. Whichever package you choose, Plusnet will not apply extra charges for ‘overuse’ or reduce your speed.

Some older Plusnet packages had data limits, and for customers still on these contracts the prices for additional data are given on the Plusnet website.

While it does not have an over-arching fair use policy, Sky does apply a network management policy to customers who are still using its older Sky Broadband Connect products. This specifies that during peak times (5pm to 12am on weekdays and all day at the weekend) Broadband Connect users may experience slower speeds due to the volume of traffic online. Similarly, customers who have taken out contracts with data caps may be charged for exceeding them. Full details are on the Sky website.

However, all of Sky’s current broadband packages are entirely unlimited, so users with those contracts can use as much data as they like.

Like Sky, the Post Office still has some users on older broadband packages that are subject to data caps (and excess charges). However, they no longer sell these packages. All new Post Office broadband contracts are completely unlimited and promise no data caps, extra charges or slowing down of traffic at peak times.

Although older (pre-2018) contracts may be subject to fair use or data caps, all of EE’s current home broadband packages offer unlimited data, with no usage caps or limits. Also, on its website EE pledges not to apply traffic management to either its fixed or mobile broadband.

In direct response to the Covid-19 pandemic, BT removed data caps from all of its products with effect from February 2020. In practice, this means that all BT broadband customers (even those on contracts with data caps) were immediately moved onto an unlimited package, and BT has stated that this is a permanent change.

BT specifies its approach to traffic management on a different page; the company does not restrict speeds on any of its broadband packages.

Hyperoptic has an acceptable usage policy on its website, within which it states that while it does not currently have a traffic management policy, it reserves the right to introduce one in the future. Furthermore, the existing acceptable usage policy states that Hyperoptic monitors usage, and if it believes a customer’s use is excessive, it may warn them of this. Ultimately, it could even remove the service if that warning is not acted upon.