London welcomes millions of people every year to take in its landmarks, attractions and immerse themselves in the history of the city. But where offers the best historic prospect if you are looking for a longer stay?
Share this guide

A huge pull for potential buyers or renters in London is the culture and picture perfect locations they can surround themselves with just by stepping out of their front door. From restaurants, coffee shops and shopping to the diverse historic architecture.

If you are looking to relocate to the city then compare mortgage deals to find the best opinion for you. 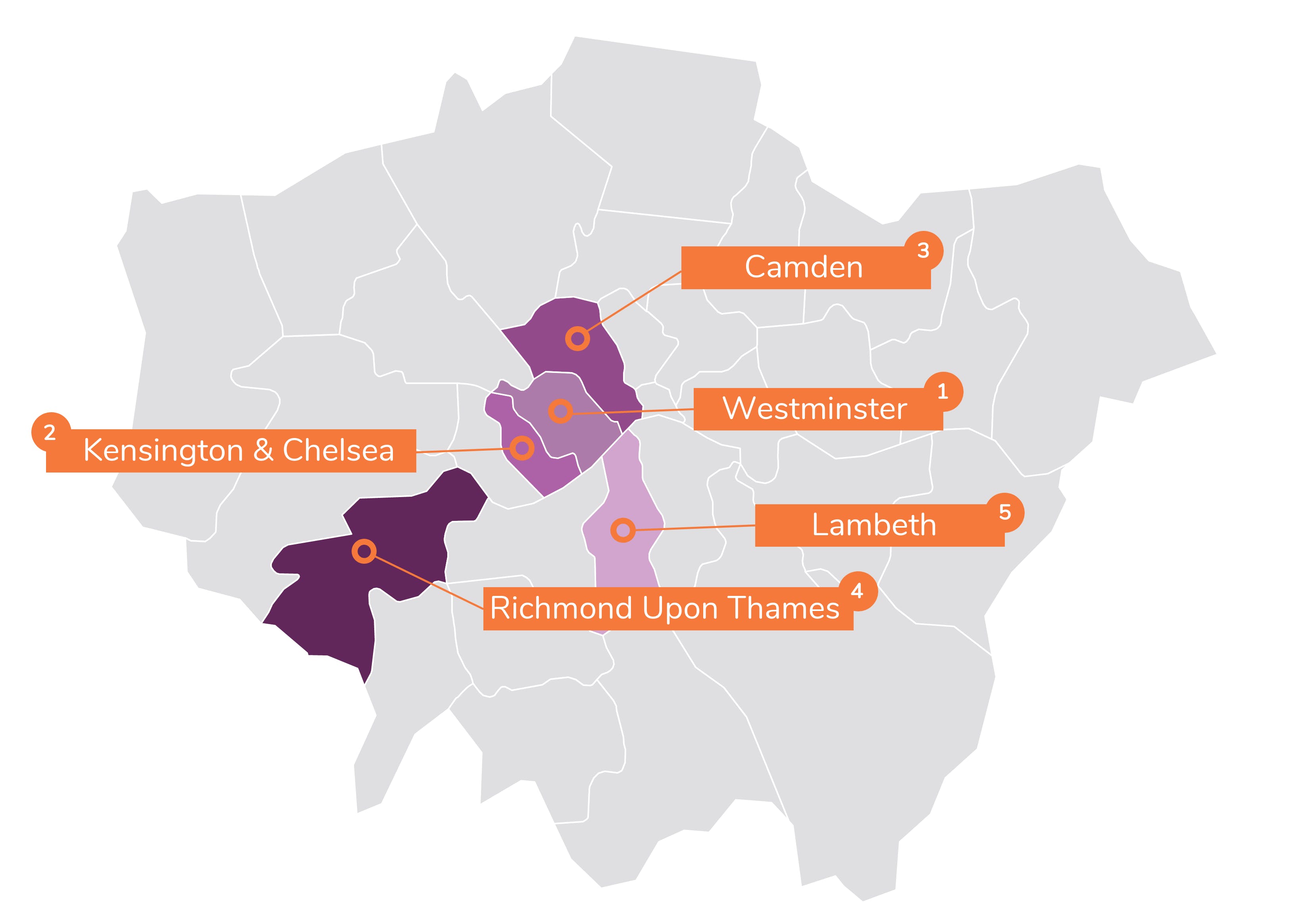 If you are looking to be at the centre of the city’s historic hub then look no further than Westminster. With 475 listed buildings per square mile, this location is teaming with life from yesteryear. Home to one of the best known historical sites in London, Westminster Abbey, the traditional place of coronation and a burial site for British monarchs.

If you are looking to relocate to this area and want a property with character then you should also consider any conservation constraints. In conservation areas, extra planning may be required to undergo any work and so it is worth noting that the borough of Westminster has 76.6% of its remit covered by these controls.

Hosting the most blue plaques per square mile across the city, Kensington and Chelsea has had a draw for many influential people over the years. Whether it be Sir Winston Churchill’s plaque in South Kensington or Oscar Wilde’s in Chelsea the borough has been home to many notable names.

Marginally behind Kensington and Chelsea, Camden is the 3rd most historical place in London. Home to some truly unique architectural treasures such as the Egyptian Art Deco Carreras building and the Roundhouse, which has seen legends such as the Beatles, The Who and Jimi Hendrix perform.

Historic London boroughs with the most blue plaques 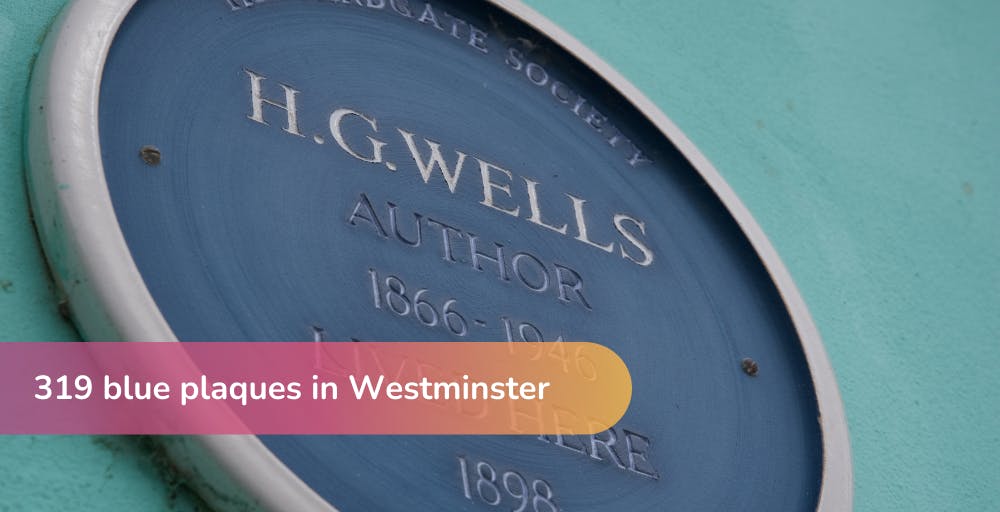 Kengsinton and Chelsea may be home to the most blue plaques per square mile but in fact Westminster actually has more plaques in total. The borough is home to a total of 319 plaques referencing some of the world’s most famous and influential people such as philosopher Sir Issac Newton, Science Fiction writer HG Wells and WW2 code breaker Alan Turing.

Boroughs with the highest concentration of listed buildings in London 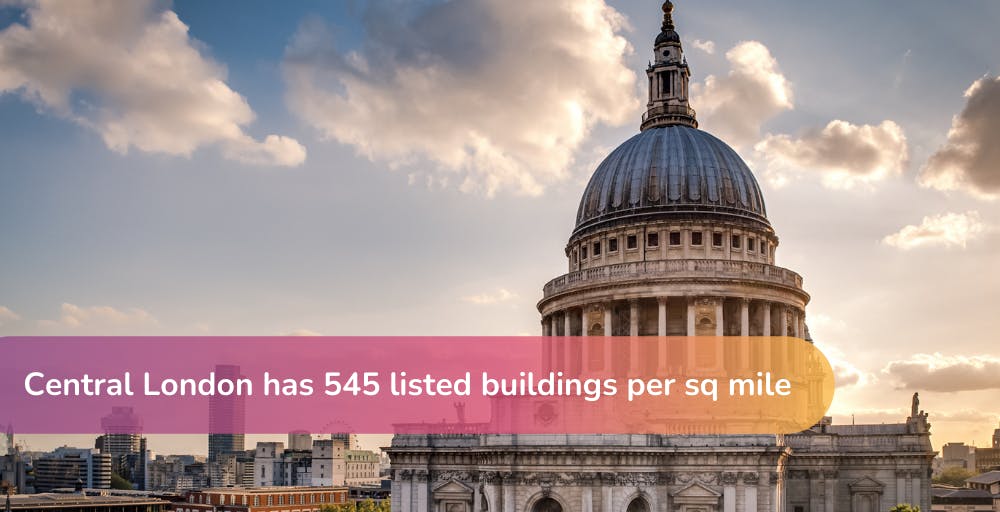 Although the city of London didn’t grab a top 10 spot in the overall findings, the area boasts the highest concentration of listed buildings in London. St Paul’s Cathedral, The Bank of England headquarters and The Monument commemorating the Great Fire of London are all located within this central area.

Which areas in London are under conservation order? 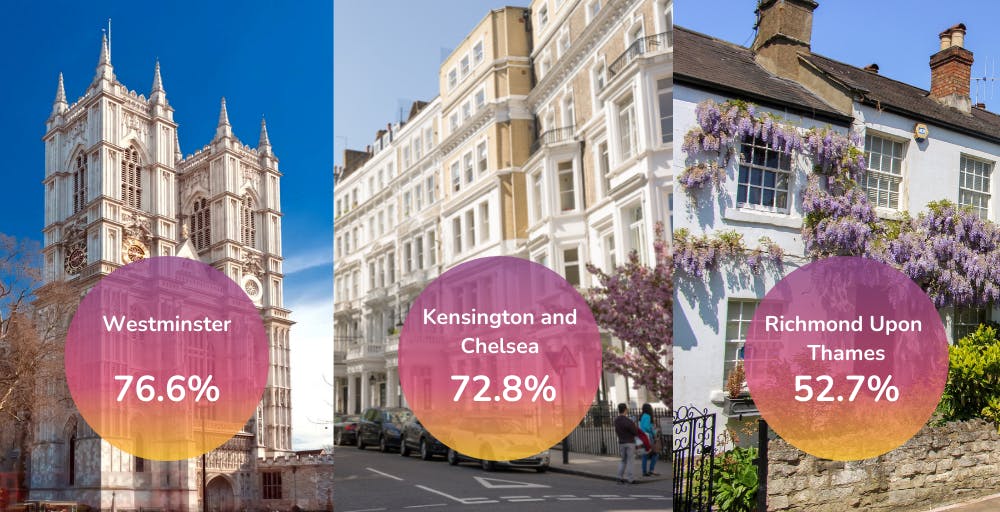 When looking to relocate to any of the historic boroughs in London is it important to consider the protection orders in place which may affect your potential property development plans.

Westminster has the highest total percentage of the borough covered in conservation areas at 76.6%. Kensington and Chelsea is second (72.8%)  and then Richmond Upon Thames is in third (52.7%).

Although often properties in these areas can take alot of work to update or change due to the potential restrictions, 32% of people said they would not be deterred if a property they were planning to buy was under lots of conservation restrictions or grade listed. 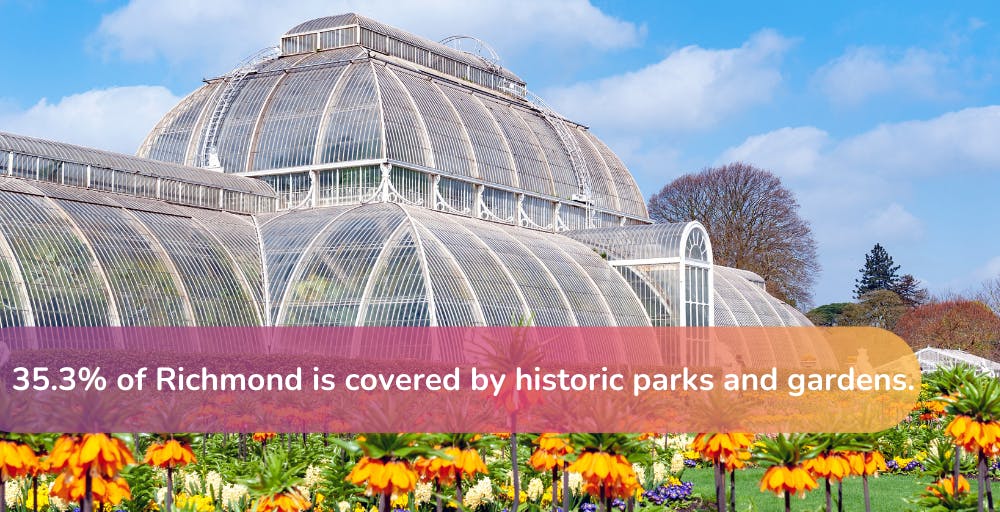 The borough of Richmond Upon Thames has the highest proportion of its area taken up by historic parkland at 35.3%. There are a variety of well known historic parks in its vicinity, such as Hampton Court, Strawberry Hill, Richmond Park and the Royal Botanical Gardens at Kew.

Although this borough is a bit further afield, buyers are still keen to be surrounded by history. Over half of people surveyed would be happy to extend their commute into the city, in order to secure a character property.

So whether you want to immerse yourself in historic architecture, be close to where magical minds have lived or have beautiful gardens on your doorstep, there is a borough of London meeting your every need.

A listed building is a building or structure of special architectural or historic interest both nationally or internationally. These buildings are protected in order to safeguard their significance for future generations.

The public body Historic England is responsible for the protection of historical heritage in England. They have the only official, up to date, register of all protected historic buildings and sites in England called the The National Heritage List for England (NHLE).

In order to find a listed building you can search Historic England's online database via their website here.

Moving to a historic home…

If you are looking to relocate to a character property close by or move further a field to bag a home in a historical place then read our guides to help inspire your next step in your property journey. 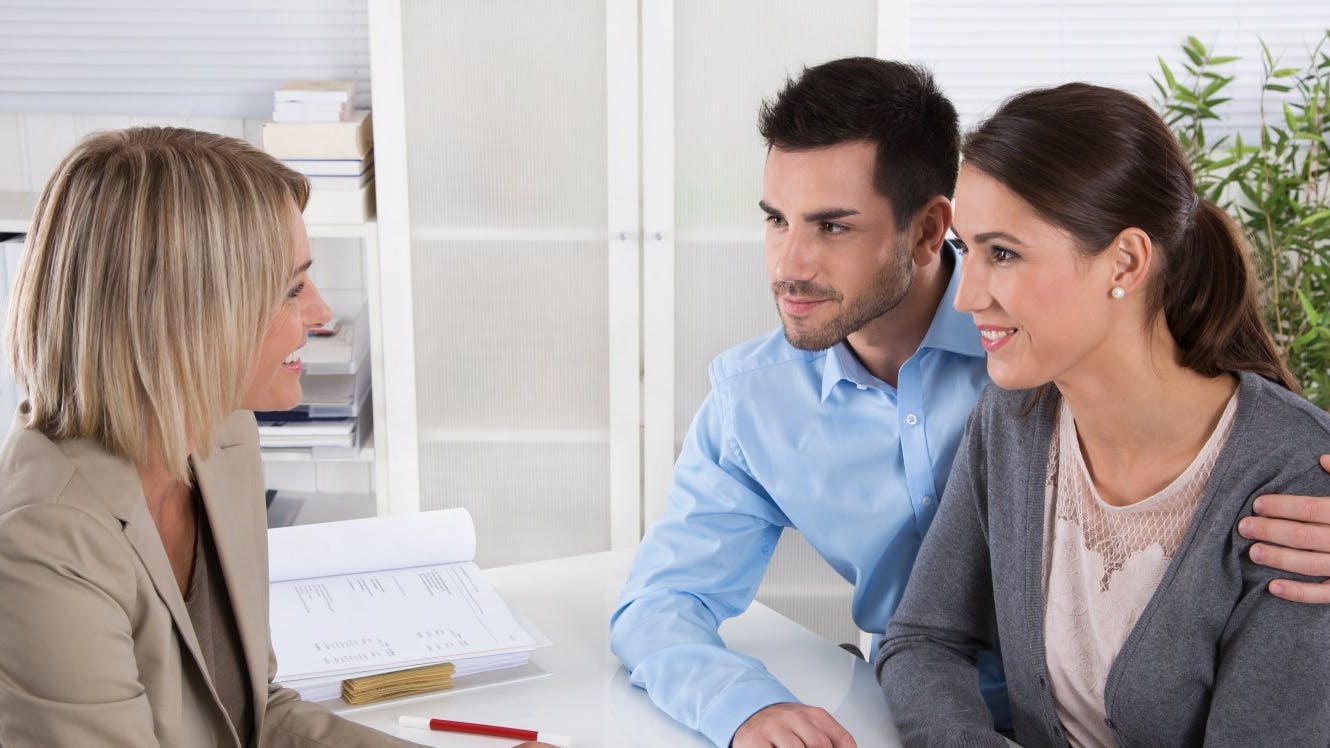 How to apply for a mortgage in principle

To be sure that you can borrow the amount of money you're likely to need to buy a property, you can apply for a mortgage in principle. We look at what you need to be prepared for to get your agreement in principle right first time. 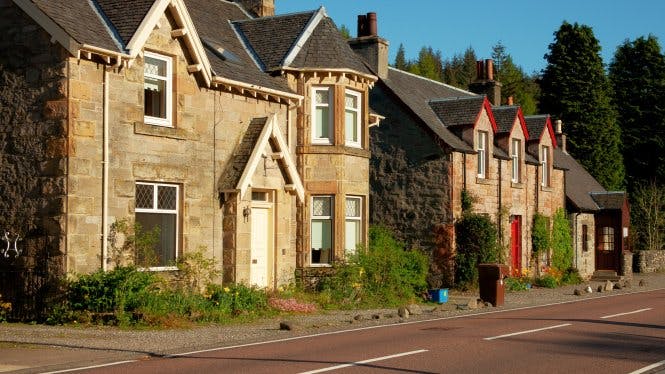 What home insurance do you need?

Whether you live in a flat or a mansion, getting the right home insurance policy is essential. Here is how to find the best cover for your property. 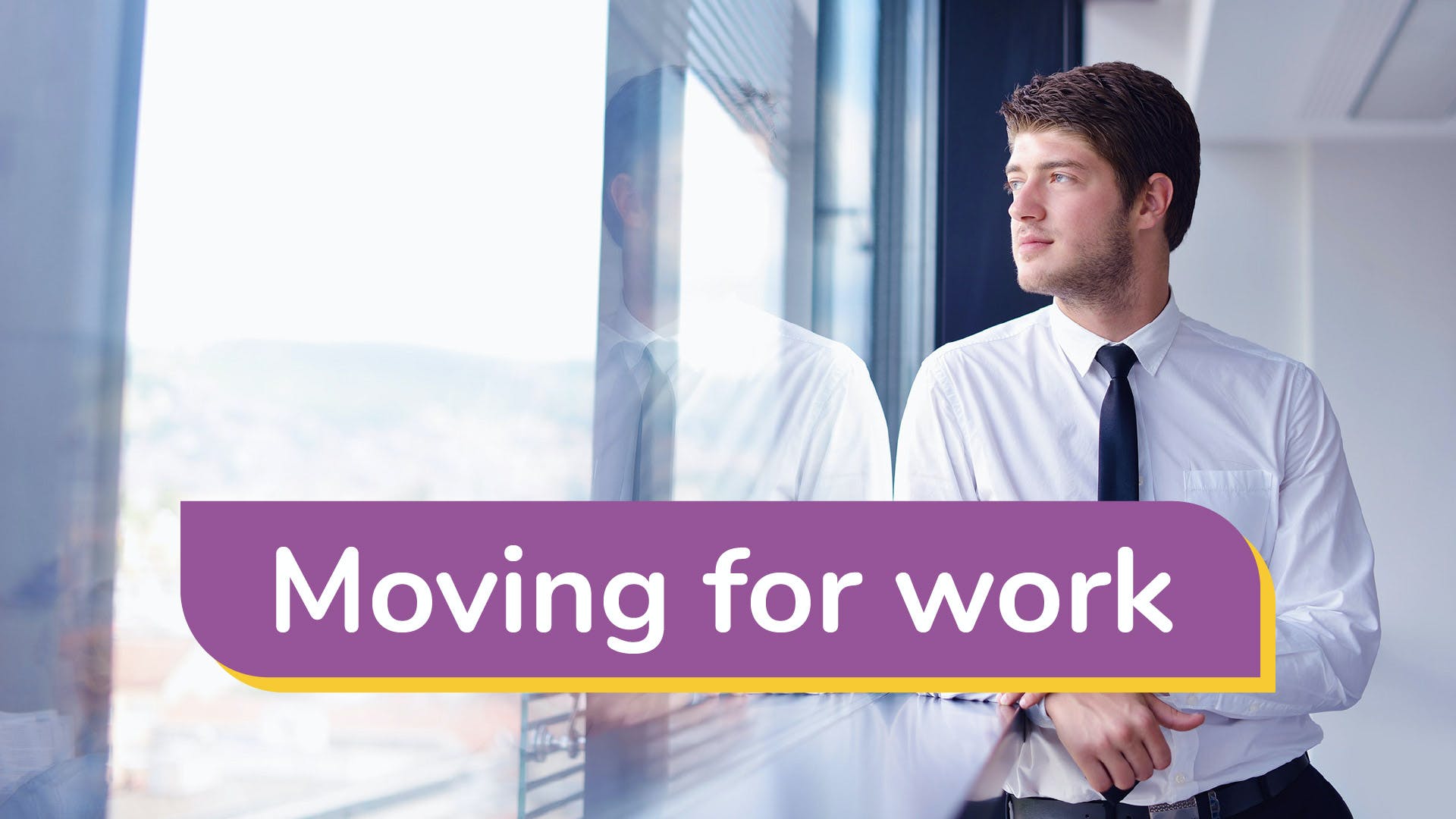 To find the most historic boroughs of London we analysed various factors by calculating the average of a percentage ranking of each of the four metrics and multiplying by 10 to give a final score out of 10.

Each borough (plus the City of London) was scored based on 4 metrics:

The total area of each borough was based on data from the London Datastore.