In recent years, the Galaxy S series has been home to some of the most popular smartphones on the market, and the S9 and S10, released in 2018 and 2019 respectively, are perfect examples. 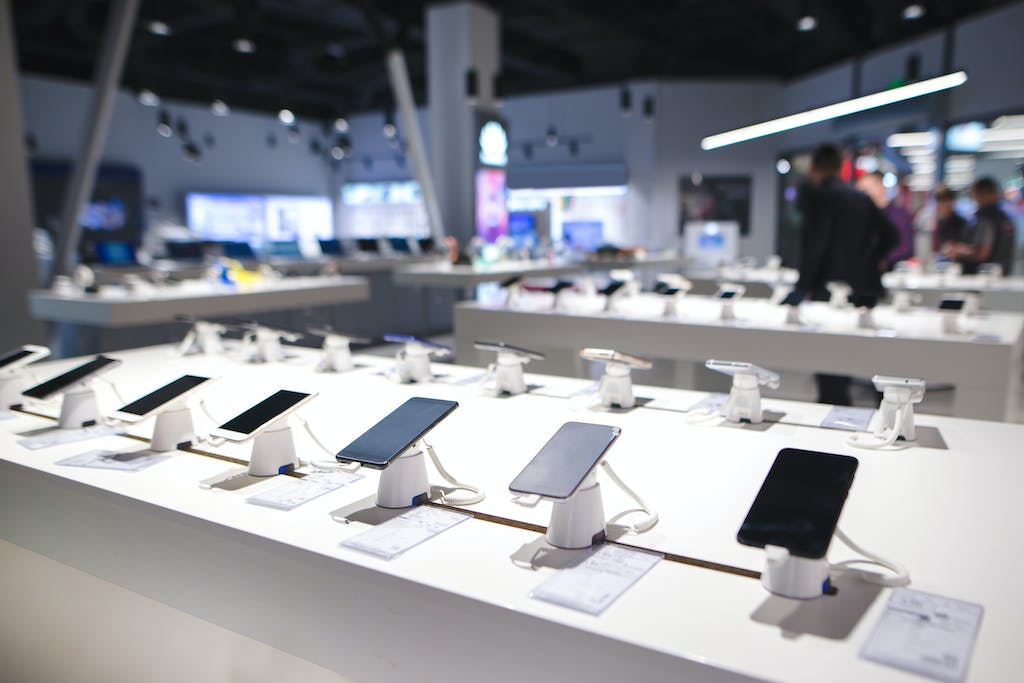 The difference between the S9 and S10

While the Samsung Galaxy S10 is the newer and more advanced release, it’s also the pricier option. Considering the S9 is still a strong option and cheaper than its successor, it might be better for those who aren’t necessarily looking to splash out on all the latest tech.

Both the S9 and S10 feature quad HD+ Super AMOLED displays, so either way you’ll be able to enjoy one of the most vivid, sharp and eye-catching screens on the market.

While both phones feature fingerprint sensors, the S9 places its sensor on the rear of the phone, while the S10’s is built into the screen, which many would say is the far more convenient and attractive option. Both phones also offer facial recognition unlocking.

With its front camera tucked in the corner at the top right as opposed to on an obstructive centred notch, the front of the Galaxy S10 is pretty much all screen, unlike the S9 which features a more prominent bezel. While both phones are modern and appealing, the S10 is a cut above design-wise, offering a sleeker, more sophisticated aesthetic than its predecessor.

With its 3000mAh battery, the Samsung Galaxy S9 would allow about 14 hours of browsing on Wi-Fi. Meanwhile, the Galaxy S10 boasts a 3400mAh battery, so you can expect a decent improvement on battery life with the newer model.

Both the S9 and S10 support wireless charging, while the S10 also supports Wireless Powershare, allowing you to transfer battery power from your S10 to another device by placing the device on top of the S10. This works with other smartphones as well as accessories like Samsung’s smartwatch.

There are three storage options for the Samsung Galaxy S9:

If you’re looking to up the ante, you’ll need to direct your attention to the S10, which has two storage options:

The most significant advancement between the S9 and the S10 is the phone’s cameras. While the S9 has just one 12MP rear camera, the S10 ups its game with 16MP wide angle lens, a 12MP ultrawide angle lens, and a 12MP telephoto lens, so you can capture wider angle shots, panoramas and close-ups (with a 10x digital zoom) without losing quality.

Meanwhile, the selfie camera on the S10 features a 10MP lens and is capable of shooting 4K Ultra HD video, an improvement from the S9’s 8MP front camera. All in all, the Galaxy S10 takes better quality, more professional photos than its predecessor.

While you can find both phones as part of pay monthly deals from major network providers, the S9’s availability is steadily decreasing. As providers shift their focus towards pushing the S11, the S9 might soon be only available as a handset-only purchase as opposed to being part of a pay monthly plan.

At the moment, some of the cheapest monthly plans for the Galaxy S10 from each of these network providers are as follows (for the 128GB model as of June 2020):

As of June 2020, deals for the Galaxy S9 are limited, but there are still great offers from EE and Vodafone for the 64GB model:

The cheapest option isn’t necessarily the best option, as each network provider and each plan will offer its own extras and perks.

Should I get the Samsung Galaxy S9 or S10?

It’s safe to say that the Samsung Galaxy S10 is a better phone overall than the Galaxy S9. It has a stronger battery and more robust hardware, a better camera, more modern design, and more space. Having said that, while these are certainly improvements, they’re not necessarily game-changing, and the two models are actually very similar.

The Galaxy S9 is a fantastic phone that does everything a smartphone needs to do and does it well, so despite being overtaken by a newer, more advanced model, you shouldn’t write off the S9 entirely. The S10 is by no means cheap, and you don’t want to be paying more for storage that you don’t need, or a telephoto lens you’ll never use, so it’s important to think about what you need from your phone and decide if the S10 is worth its hefty price tag. If not, the S9 remains an excellent option.