5G is here and if you are lucky enough to have a compatible handset, and your town has connectivity, then you should be getting blistering-fast speeds. For many, though, 5G is still confusing, especially If all you really know about 5G is what the headlines cover – that it’s bred conspiracy theories and caused tensions with China. So, here’s a quick guide on precisely what 5G is. 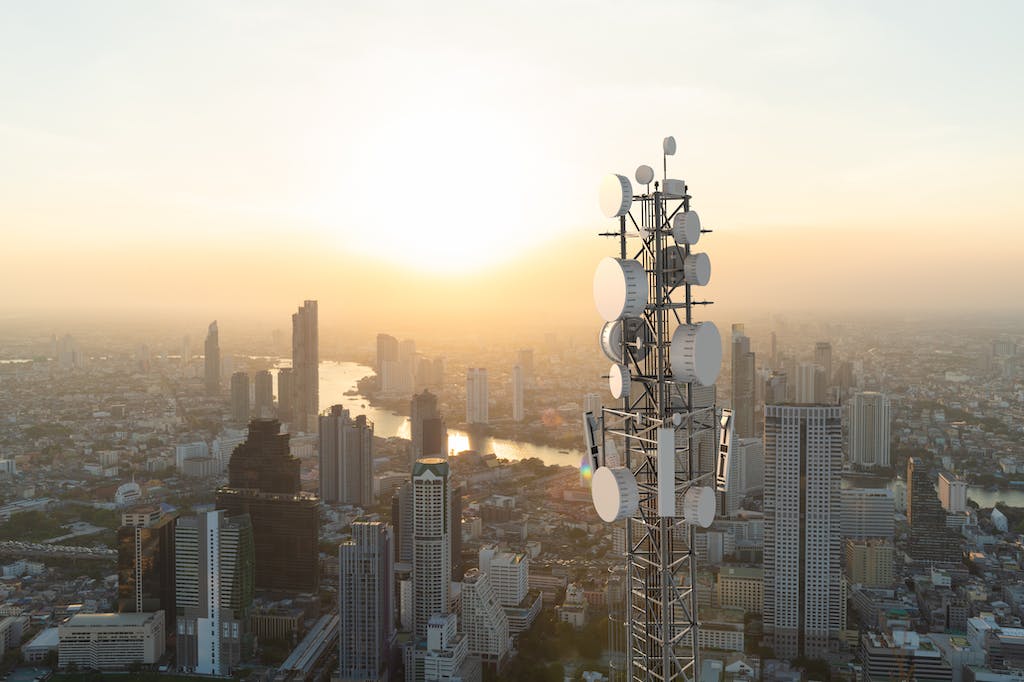 5G stands for ‘fifth generation’ and replaces 4G as the speediest mobile connection around. The technology was launched in the UK in 2019, with coverage expanding rapidly. In January 2021, both EE and O2 announced they were adding new towns to their 5G roster, with EE’s service now available to around 250 towns. As with the roll-out of most new tech, like 1GB broadband, cities and large towns will benefit before rural areas.

There are also a number of MVNOs (Mobile Virtual Network Operators) that offer 5G, too, including:

It is worth noting that even though the above MVNOs do offer 5G they rely on the main networks for coverage.

It’s not just the UK, it’s the world. 5G not only ups speeds offered by 4G, it allows for greater connectivity, lower latency (that is, less waiting time between your request and your connection acting to answer it) and better reliability.

That latter point is especially important for applications that probably seem quite futuristic right now, but are definitely on the cards for tech companies. Things like self-driving cars and remote surgery. The future of tech in the UK, and globally, is dependent on the internet, so it only makes sense that a bigger, better, stronger connection is created to support all this, and that is 5G.

No, not really. Think about it – if we never moved on from 3G, we wouldn’t have smartphones as we know them today. In the same way that advances in technology have allowed us to move from phone calls to facetime, text to instant messenger, three-day post to same-day delivery, so too will 5G help progress technology.

It would be a lie to say there has been no resistance to 5G, but as mentioned, this is due either to the very unfounded claims that 5G is bad for you or the political tensions that exist with China and America. So, in short, 5G represents nothing more sinister or unprecedented than 4G, 3G or 2G, it’s simply the next step in a journey the world has been on ever since the first mobile was made.

5G is the fastest technology around for mobile connection. Keep in mind that we are still in the early days of 5G too, so as the network grows and improves, things can only get better.

Here’s a quick comparison of 5G, 4G and 3G megabits per second (Mbps) so you can see just how much speed you can gain:

As you can see, the leap is absolutely huge, but for a bit of further context, here’s how many megabits per second you need for basic online tasks:

For a bit more clarity, the fastest home broadband currently available (though not yet nationwide) is full-fibre broadband, coming in at between 500-1Gbps. That means 5G can make your phone almost as fast and reliable as a fully-fledged cabled broadband connection. If you find yourself in an area where wired broadband just doesn’t deliver, 5G can help there too, upping the performance for households that depend on mobile broadband and Mi-Fi for super speedy connection.

What is 5G network compatibility?

So, what does it actually mean to be 5G compatible? Phones connect to networks via different frequencies, and in order to do this, you need a phone that can pick up on a select frequency, just like an FM/AM radio. Most phones available at the moment do not have this function, though the vast majority are perfectly able to connect to 4G. You’ll notice in coming months and years that 5G phones become the norm. Until then, they’re marked with ‘5G’ at the end of their model name and usually have a price tag that reflects their extra function.

What are the best 5G phones in the UK?

The number of 5G phones available in the UK at the moment is expanding rapidly - this means that you will be able to get a 5G handset from most manufacturers now. Just a few of the 5G phones currently available include:

Here’s a roundup of the most common questions:

No. There is no evidence to support the claim that 5G is bad for your health. There have been studies to suggest there is some risk, though the level of this was placed lower than consuming alcohol and processed meat, making it fairly negligible. Addressing the issue of radiation, 5G is said to be much more power-efficient. This means less energy is needed, resulting in less radiation than the 4G towers currently in use.

Why are people destroying 5G towers?

Conspiracy theorists believe that 5G towers are deadly, having been newly erected in China at the time of Coronavirus, therefore causing the outbreak and needing to be destroyed. There’s also another argument that says Bill Gates is behind it all, and will use 5G to control the world. That’s really all the reasoning there is behind the very much illegal, illogical vandalism of towers across the world.

No, 5G is a global technology with each country electing its own chosen network to lead the way.