Women continue to be marginalised in many areas of the society, and the gender pay gap is one of the prime examples of this. In this article we look into what it is, what are the leading causes and what can be done to eradicate it.
Share this guide 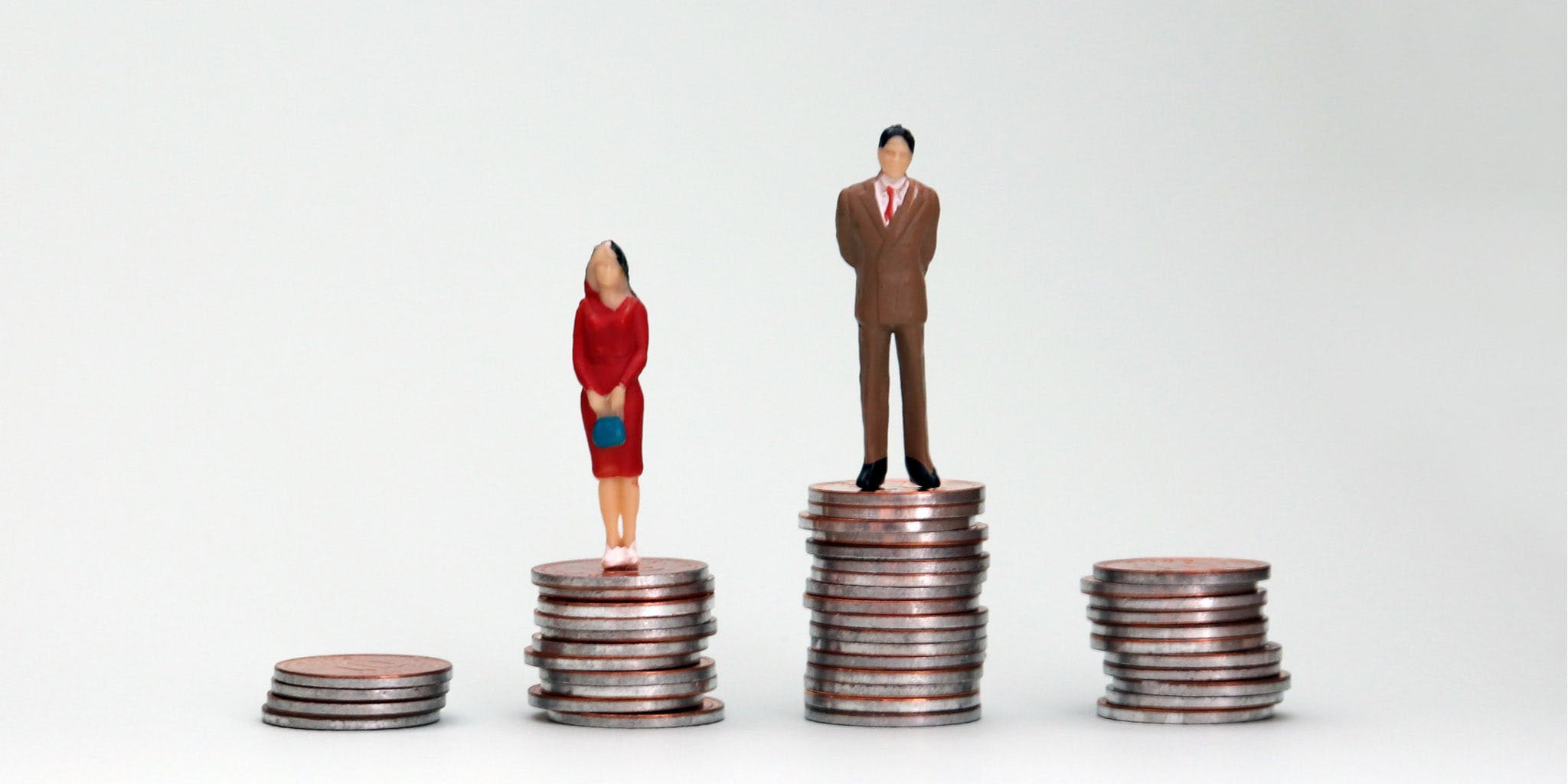 What is the gender pay gap?

The gender pay gap is the percentage difference between average hourly earnings for men and women. It is an issue that affects women globally.

UN Women estimates suggest that women earn 16% less than their male counterparts on average. Although this percentage is far higher in many places. This gap exists despite improved access to education for women and girls and increases in working hours for women.

According to ONS data from April 2020, which includes employees furloughed due to the COVID-19 pandemic, the gender pay gap in the UK has been declining slowly over time. Over the last decade it has fallen by about a quarter (25%) among full-time employees and by just over one-fifth (20%) among all employees.

A year later, the impact of the COVID-19 pandemic on the gender pay gap is emerging slowly.

Although women account for 39% of the global workforce, they make up 54% of job losses due to COVID-19. Women were more likely to lose their jobs in 17 of the 24 richest countries in the world in 2020.

The causes of the gender pay gap

The first and foremost are the patriarchal notions of gender roles, where men are considered the breadwinners in a household, while women are expected to stay home to take care of the children and the home.

For decades these dated notions have shaped modern working culture, which has led to inflexible working hours that do not consider caring responsibilities, despite more women entering the workplace.

The result is that women are more likely to work part time, and to be in flexible lower paid roles, because the option to work in senior roles (where the gender pay gap is larger), isn’t available to most women.

In some cases, it’s a result of how work is valued, where women may earn less than men for doing jobs of equal value. The main cause is the way in which women's skills are valued compared to men's.

Other factors involved how gender stereotypes play into the labour market, where women and men still tend to work in different jobs. Even though around 60% of new university graduates are women, they are a minority in fields like mathematics, computing and engineering. Consequently, fewer women work in scientific and technical jobs, while women often work in lower valued and lower paid sectors of the economy.

Research by Freetrade, a fintech trading app, has highlighted that the gender pay gap has a huge negative impact on future investment returns for women, to the tune of £15,000 over a 10-year period.

However, a man investing the same percentage of their salary in 2020 is estimated to have grown their savings to £44,123. This means the gender pay gap will leave female investors £15,336 worse off by the turn of the decade compared to men.

When paying into an employee pension scheme you contribute a percentage of your income or salary, the less income earned the less percentage is paid into the pension scheme. Anything that reduces your income, i.e., part time or lower paid jobs can impact your pension pot size at retirement.

What can be done to tackle these gaps?

Mandatory Gender pay gap reporting has been required for the past four years for businesses with over 250 employees in the UK. Businesses can use this data to understand and create plans to close their existing gender pay gaps.

The airline, Easy Jet, is one company that has taken steps to tackle its gender pay gap across all levels. CEO Johan Lundgren voluntarily reduced his salary by £34,000 to match that of his predecessor, Carolyn McCall in 2018. They also set a target that 20% of new pilots should be female by 2020, up from 6% in 2015.

Having the ability to balance work and caring responsibility should be prioritised for all employees regardless of gender and seniority. The one silver lining of the COVID-19 pandemic is that it has proven to businesses that employees can be productive working from home and managing their own schedules. Thankfully, some companies such as Google, Facebook, and Nationwide have recognised that and signalled that they will allow flexible working moving forward.

Finally, an initiative by The Fawcett Society called #endsalaryhistory proposes that employers stop asking candidates for their salary history, during the recruitment process. It argues that:

The Fawcett Society is also a big proponent of transparency about salaries, although many businesses still see that as a taboo. Campaigners have called for changing laws that allow women to request the salary details of their male counterparts if they suspect that they're being discriminated against.

Some businesses, while weary of such changes, have responded by being more open about how pay increases are calculated, so that employees are aware of the criteria to getting salary increases and promotions.

Conversations about tackling the gender pay gap have been ongoing and are even more critical now that we are starting to see the impact of COVID-19 on jobs for women. While progress has been slow, there are good signs that many businesses are taking the issue seriously and taking steps in the right direction.