Revealed: The best value mince pies of the year

Christmas is just around the corner and the supermarkets are ready for the festive season. With mince pies one of the UK’s favourite festive treats, our personal finance experts have analysed the price and nutritional value of mince pies across the UK’s largest supermarkets.
Share this guide 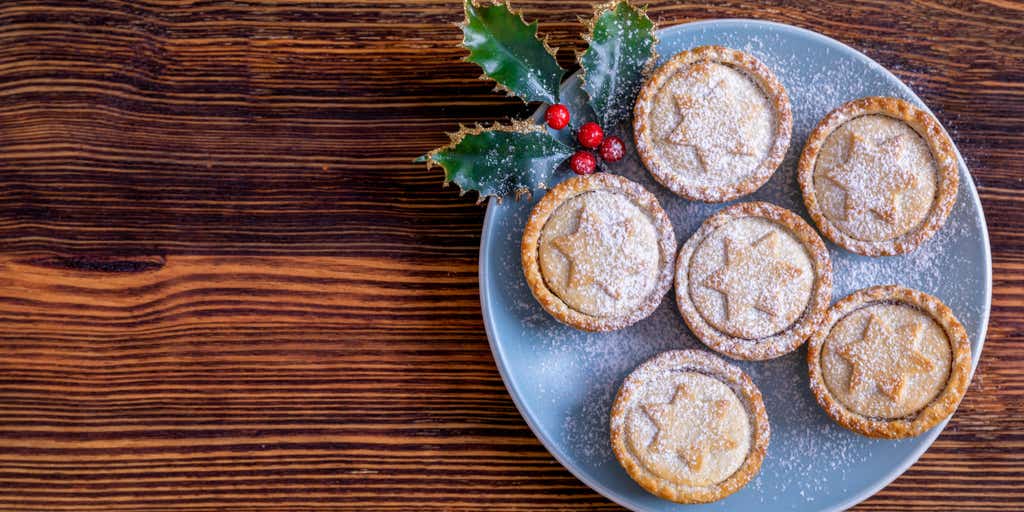 With the abundance of mince pies hitting the supermarket shelves in the lead up to Christmas, it’s difficult to know where you could be getting the most pie for your money.

Our personal finance experts have analysed UK supermarkets' own brand mince pies to discover the best value pies on the shelves this Christmas.

The experts have looked at the weight and price per pastry – as well as the calories, sugar, fats and saturated fats.

You may want to consider one of our 0% interest credit cards to help you save money on the purchases you make this Christmas.

The weight and price of the UK's leading supermarket own-brand mince pies.

If you are looking to save money this festive season, Co-op 6 mince pies takes the crown, with each pie weighing 54g and costing just 8p. Making the brand the best value supermarket for mince pies.

If you are after a premium Christmas treat this year, the experts have crunched the numbers to reveal the best value across each supermarket's luxury brands, taking top spot is Aldi, who’ve priced their specially selected mince pies at 25p per pie. Asda Extra Special Luxury Mince Pies follow with 29p per pie.

At the other end of the scale, Marks & Spencer's premium Collection mince pies are the most expensive. The price per pie is 42p for 55g per pastry.

Mince pies across the board vary in shape and size, Morrisons The Best Deep Filled Mince Pies weigh in at the most at 64g, however the most luxurious mince pie in terms of price per gram is M&S Collection 6 Mince Pies with a £0.0076 price per gram.

Understanding the nutritional contents of your favourite festive treat may help you make the big decision when it comes to choosing your mince pie for Christmas 2021.

Co-op 6 mince pies takes the crown as the best value and is also revealed as the treat with the fewest calories with each pie sitting at 207 calories. The brand's premium version is higher with 215 calories per pie. Despite it being the healthiest option of the brands analysed, Co-op's mince pies still contain 4 teaspoons of sugar.

Tesco Mince Pies are a more standard own brand option, but for just two more calories (209) they will cost you nearly double the price that Co-op at 15p per pie.

Overall, nearly a third of supermarket own brand mince pies contain five teaspoons of sugar per portion, with Asda Extra Special Luxury Mince Pies having the highest sugar content (24g), the equivalent of 5.7 teaspoons of sugar. At the other end of the table is the high-end supermarket Waitrose, whose Christmas All Butter Mince Pies contain the lowest quantity of sugar at 12.3g.

Back in 2017, Asda were the first supermarket to launch their own vegan mince pies, made from raisins, festive spices and dairy-free pastry. In following years, all of the UK's other big supermarket brands have followed suit.

Of the brands analysed Tesco Plant Chef Mince Pies takes the top spot as the best value, with pies costing 21p each.

So, while veganism has become increasingly popular and demand for vegan-friendly products grows, it does come at a price. The analysis shows that the average cost per vegan mince pie is 44p, almost double the cost of the average classic pie (25p).

Of all supermarkets own brand vegan mince pies, M&S Plant Kitchen Mince Pies contain the most calories. Each pie has 241 calories – and a startling 25.8g of sugar which is equivalent to six teaspoons of sugar.

Second to M&S for calories is Sainsbury's Free From branded pies. These pack in 235 calories and 22.8g of sugar – around 5 teaspoons. Tesco Plant Chef Mince Pies are just behind Sainsbury's at 231 calories. Out of both Vegan and Non-vegan mince pies, Waitrose Christmas All Butter Mince Pies have the lowest sugar count at 12.3g.

For those looking to consume fewer calories with their mince pies, you should opt for the Morrisons Free From Mince Pies. These contain the least at 211 calories per pie.

On average, vegan mince pies list four and a half teaspoons of sugar in their ingredients, over 60% of the recommended daily allowance.

From Christmas pudding to yule log, hot chocolates to mulled wine, the festive season is upon us and many can overindulge during this time. The experts research helps you keep sugar intake and value in mind for when you’re stocking up on your festive favourites.

If you're concerned about cash this Christmas, you may be able to spread the seasonal costs with a 0% purchases credit card that offers a long interest-free period.