Powered by poo? The weird and wonderful alternative energy sources that could soon be powering your home

The UK government has set a world-leading net-zero target, the first major economy to do so. Tackling climate change will require decisive global action and the way we produce and use energy is at the heart of this debate. It’s no surprise then that the need for alternative energy sources is so crucial.
Share this guide

Luckily, there are scientists across the globe, and right here in the UK, who are trialling some of the more unconventional, ridiculous, and, in some cases, unsavoury solutions to abundant and cheap energy sources. Could dancing in our kitchens power our kettles in five years? Or the waste from our bathroom power our shower? It’s time to think outside the box.

These alternative energy sources are not too far off reality, according to recent research compiled by the energy experts at money.co.uk. Which could mean big changes to what consumers look for when searching for energy deals.

Compare energy deals to find the right one for you.

We’ve consulted with several energy experts globally to compare the ten sources of renewable energy that are likely to be powering our homes in the not-so-distant future.

Otherwise known as biogas energy, 'poo power’ is the result of excess heat recovered from the sewage treatment process - delightful, we know. This odd yet unique type of energy source is predicted to work wonders by powering 2,000 new homes on Kingston’s Cambridge Road Estate - all thanks to a new carbon-cutting partnership between Thames Water and Kingston Council.

The ‘poo-power’ energy scheme has the potential to provide clean, green heating to new homes and, if successful, is expected to be a model for similar schemes across the UK. With the ability to reduce millions of tonnes of carbon emissions each year, this innovative green energy plan is definitely one to watch.

Sarah Bentley, Thames Water CEO, said: “Not only do we provide life’s essential service, clean and fresh drinking water to millions of customers every day, but we also create reliable, affordable, and sustainable power by processing sewage. For us, the next stop is net zero.

“Achieving this target will require us to explore innovative new solutions and technology, led by our net-zero task force of experts from across the business. We don’t yet have all the answers and our plans will evolve, but it’s a challenge we’re all relishing to enable our customers, communities, and the environment to thrive.”

Are your moves on the dance floor truly electrifying? Ever dreamed of a disco dancing session that could power your kettle? Look no further, for kinetic floor tiles that capture the energy generated from footfall have now hit the market.

Dutch artist and innovator, Daan Roosegaarde, and his team of designers and engineers have created an interactive dance floor for a nightclub in Rotterdam that generates electricity through the act of dancing. The sustainable dance floor produces up to 25 watts per module, meaning that the generated energy can be used to power the lighting and DJ booth. Who knew going green could be groovy? 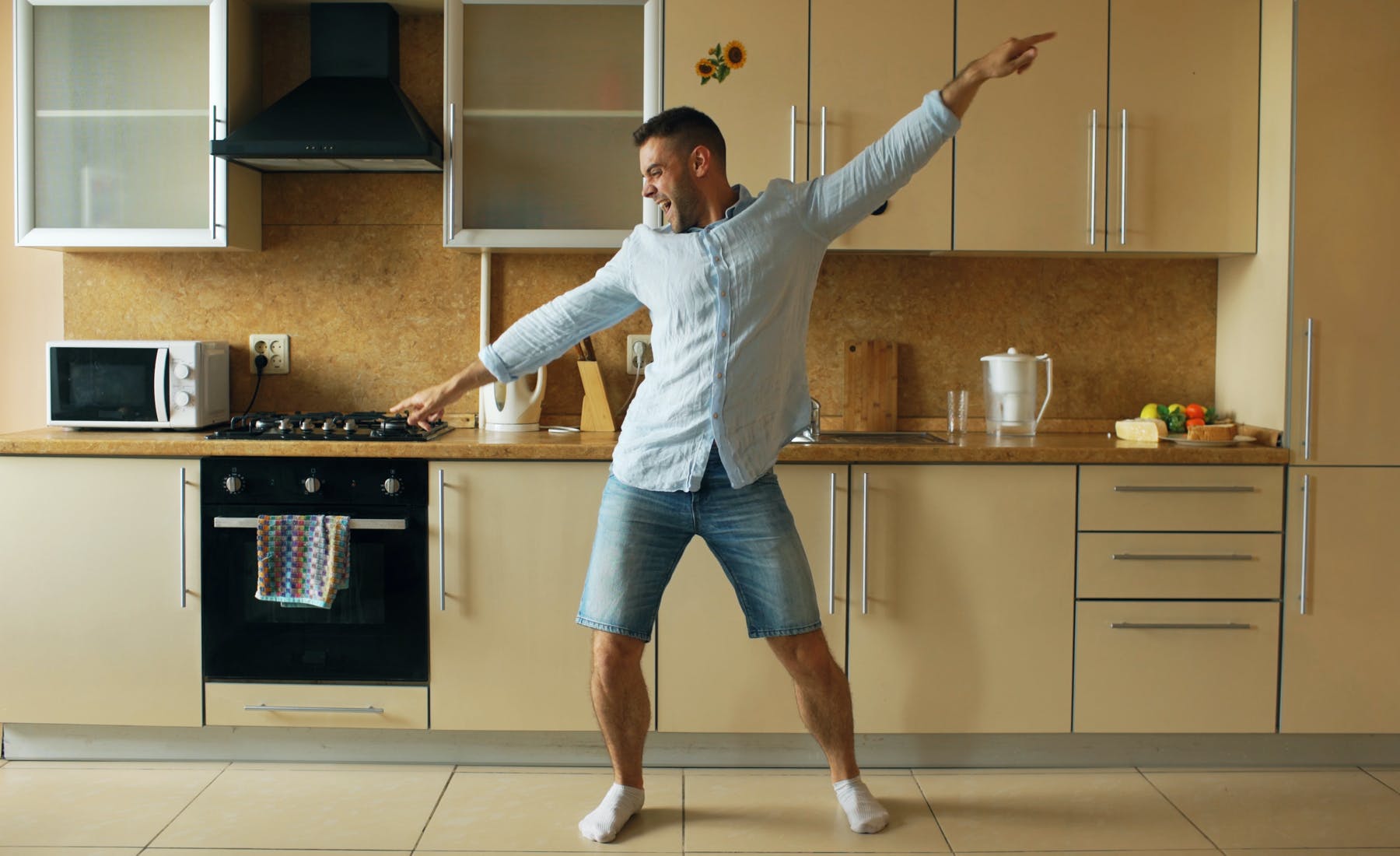 If number twos can power our homes, then why not number ones? Pee power (or, more formally, Microbial Fuel Cell energy system) has been developed by Bristol University and is set to be trialled for the first time in a residential setting this year. The property in question will be the only home in the world to use ‘pee power’ as an energy source for electricity.


Bristol BioEnergy Centre Director, Professor Ioannis A. Ieropoulos, who worked on the trial, comments: “There is a real desire for schemes like ours, we’ve had generally very positive feedback as people seem to be open to the prospect of converting waste directly into electricity. Every time we demonstrate a successful installation, we get closer to wider-scale implementation, but for this to become the norm, it will need to form part of new planning and building legislation.” 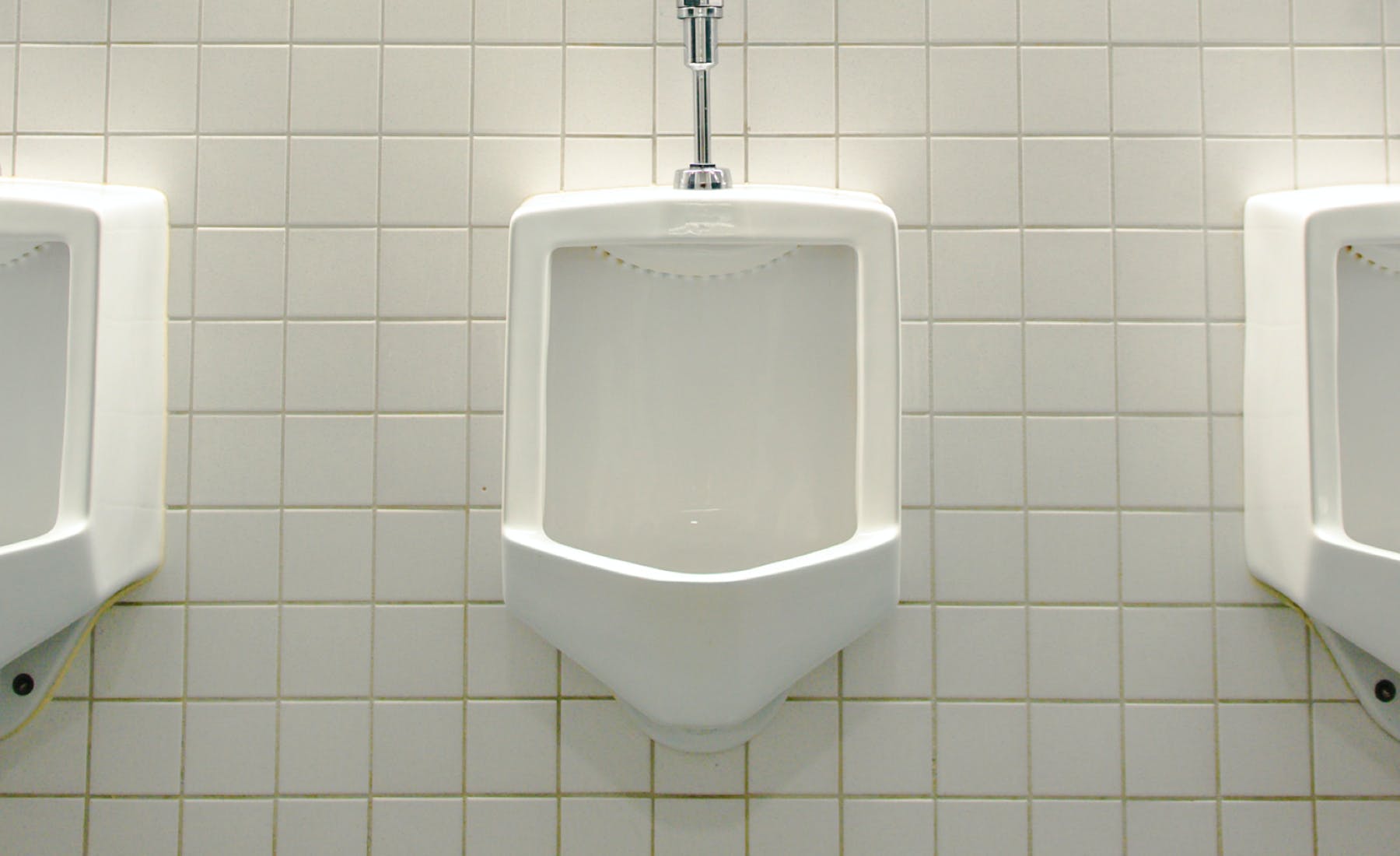 After successful pilot projects, the Ivory Coast has begun work this year on a biomass plant that will run on cocoa waste. The facility will be based in Divo, a town that produces a large share of the country's cocoa.

Cocoa plant matter left over after cocoa production will be burned in the biomass plant, helping to turn a turbine and generate electricity, much like a conventional fossil fuel power plant. Apparently cocoa does have the power to give us more than a sugar kick.

"This plant alone will be able to meet the electricity needs of 1.7 million people," says Yapi Ogou, managing director of the Ivorian company Société des Energies Nouvelles (Soden), which is involved in building the plant. 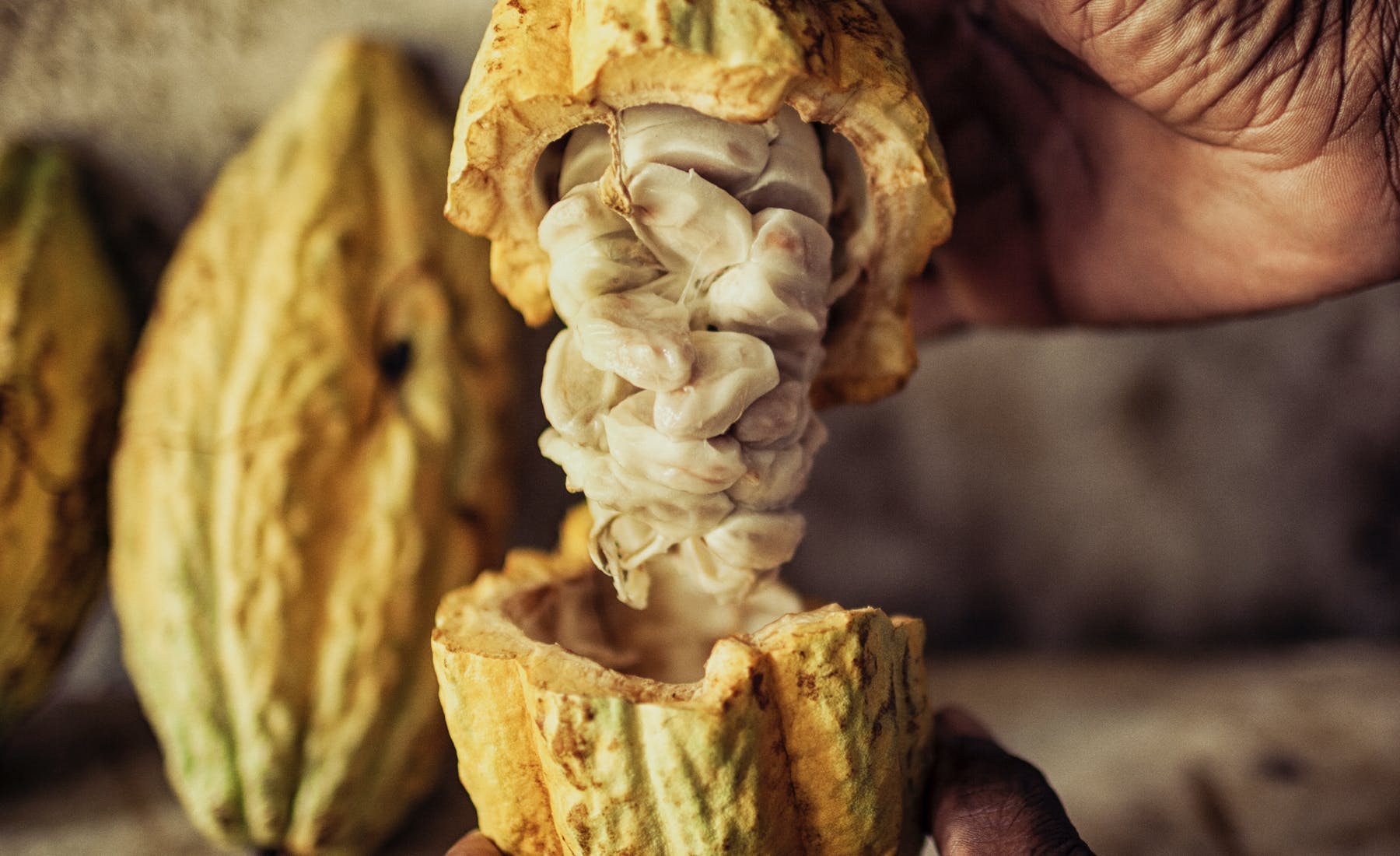 Scientists in Germany and Austria think they have found a new energy use solution: a solar highway. This invention features solar panels on a canopy over existing highways to help supply green power to the nation.

There’s a three-year plan in place to explore how they can cover the 13,000km highway network, but based on the power consumption of Germany in 2019, a solar highway would cover 9% of total power consumption. That’s equivalent to ⅓ of the energy needed to power each and every home. 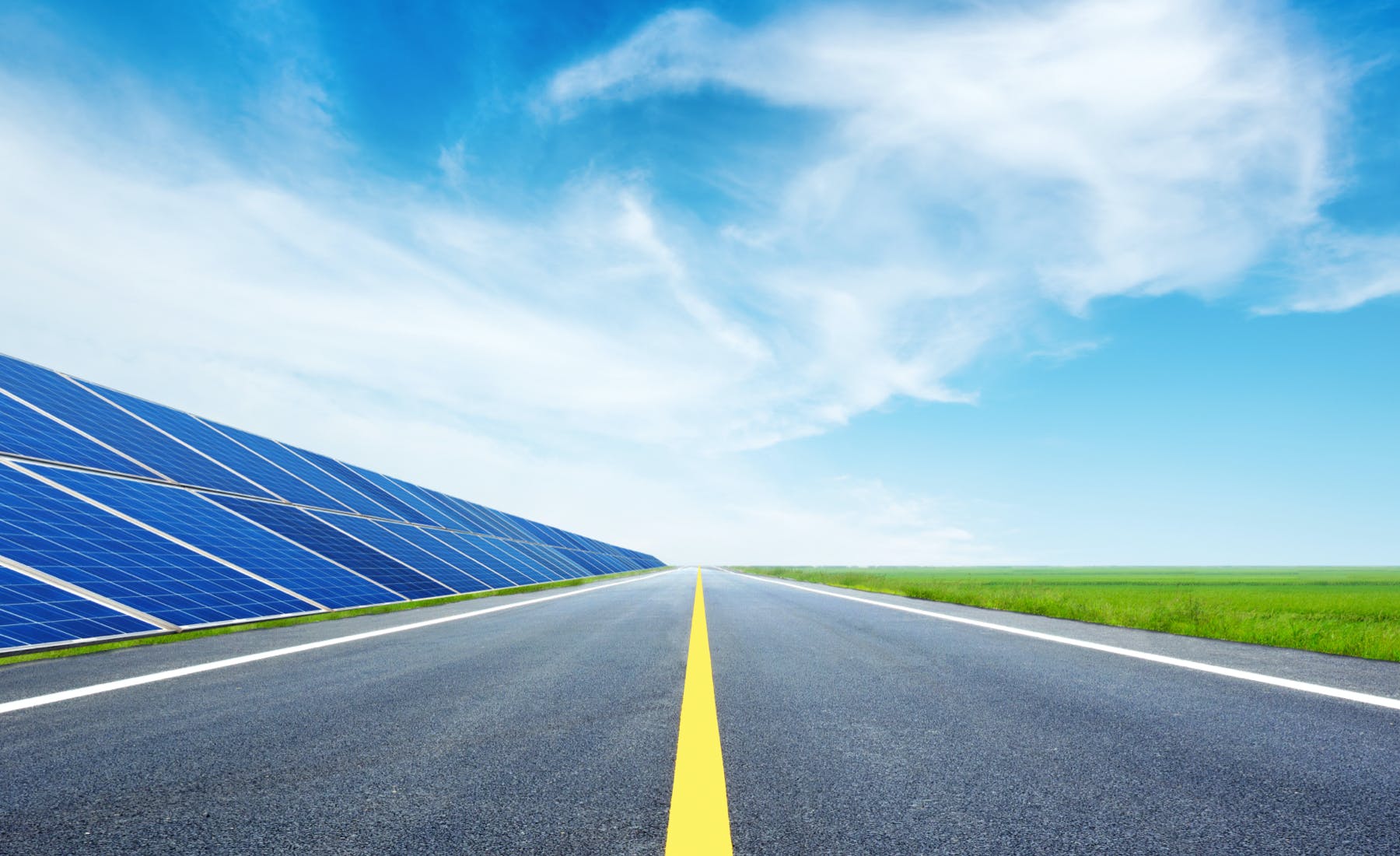 Some would call this one dead heat. In the UK, 79% of people are now cremated, which is around 470,000 people each year spread across the UK’s 300 crematoriums. Though gruesome at first glance, this type of energy source truly produces ‘life after death’.

In the UK alone, significant power has been generated via crematoriums. A single cremation alone is to power 1,500 televisions.

A crematorium in Durham was the first back in 2011 when they installed turbines, which used heat generated during cremation. The turbines run on the steam that comes from cooling the hot gases used for cremation. The crematorium is then able to sell off electricity to the National Grid and use a third burner to heat their offices and chapel. Since then we’ve seen the Aalborg crematorium in Denmark make money by selling heat to nearby villages, whilst another in Redditch, warms the waters of a nearby swimming pool with the heat it produces. 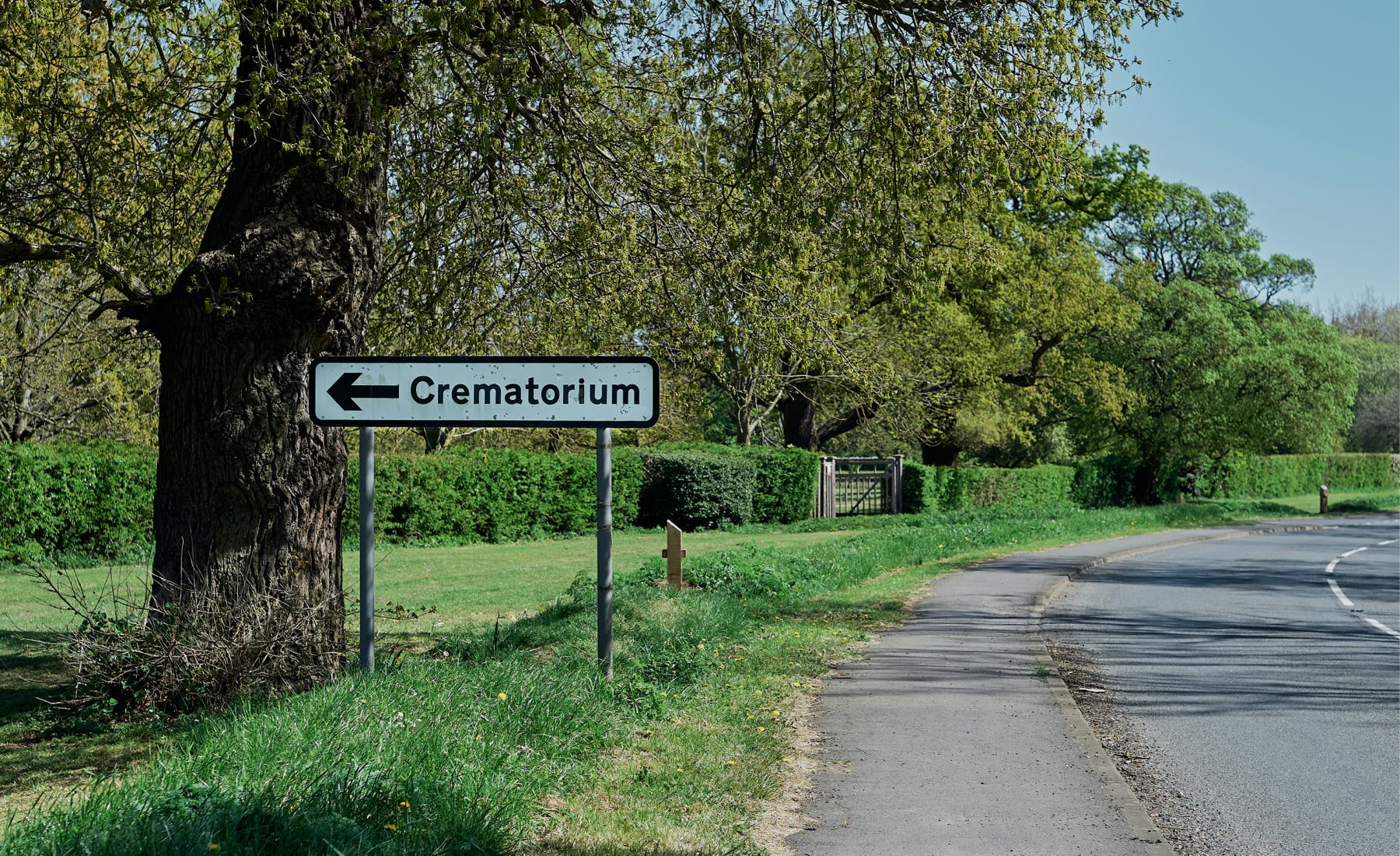 With more power than just a swift sting, jellyfish could become the next big renewable energy source. The secret lies in a jellyfish’s green fluorescent protein (GFP), giving some jellyfish their eerie glow. This substance reacts to UV light and excites electrons.

If silicon in solar panels can be replaced with jellyfish GFP, this energy-consuming process could be lessened in the future.  Zackary Chiragwandi at Chalmers University of Technology in Gothenburg, Sweden, and colleagues are developing an electrical device based on green fluorescent protein (GFP) from the jellyfish Aequorea victoria. 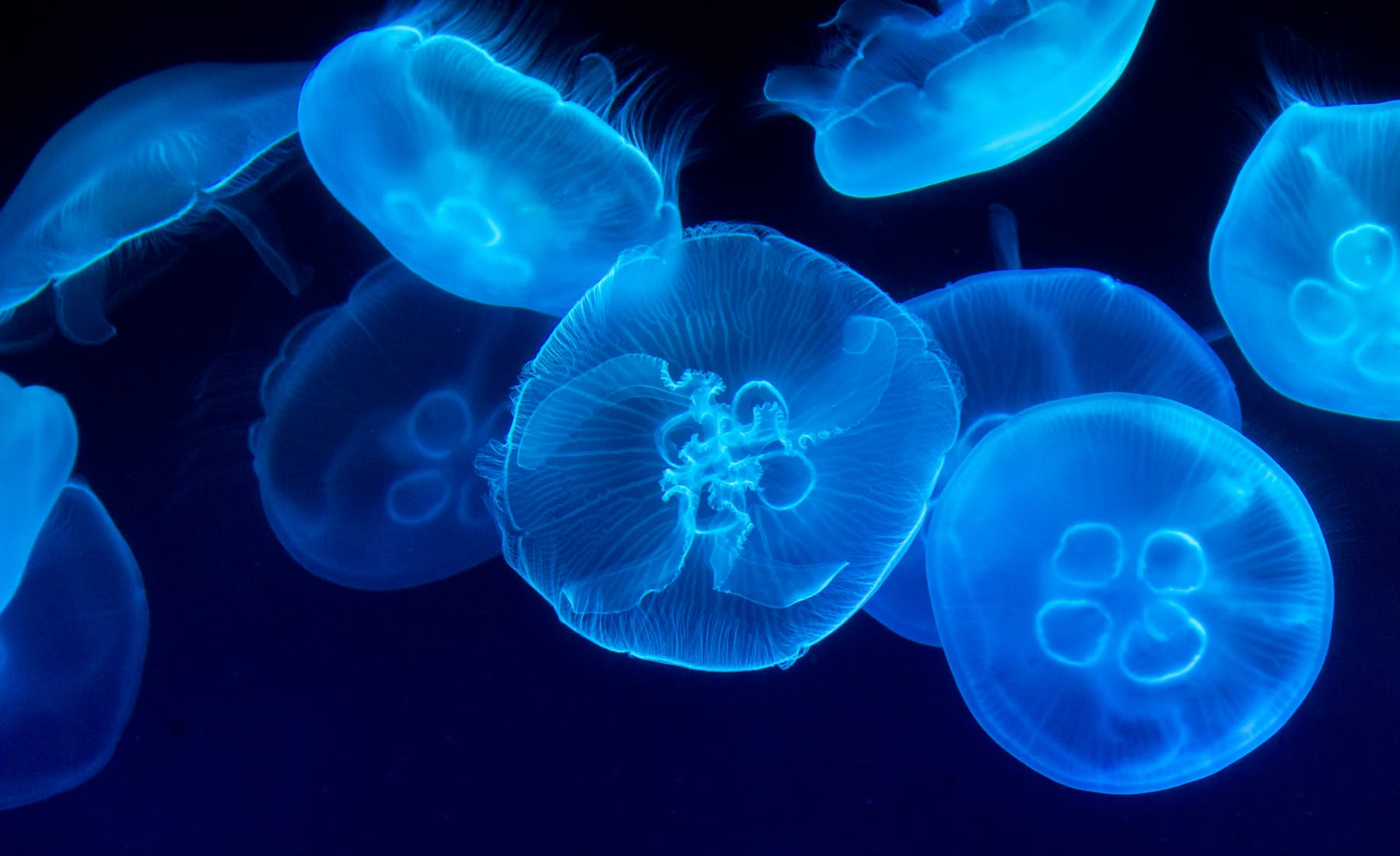 Seaweed, you say? That’s right - a car powered by Scottish seaweed has completed a 50-mile journey as part of an international project to develop greener fuels.

The vehicle set off from the Danish Technological Institute in the city of Aarhus and took a test drive on typical city roads and motorways to allow scientists to see how it performed.

It was part of an EU-funded project called MacroFuels, which has been developing cleaner alternatives to standard petrol and diesel by making biofuels derived from seaweed and algae. 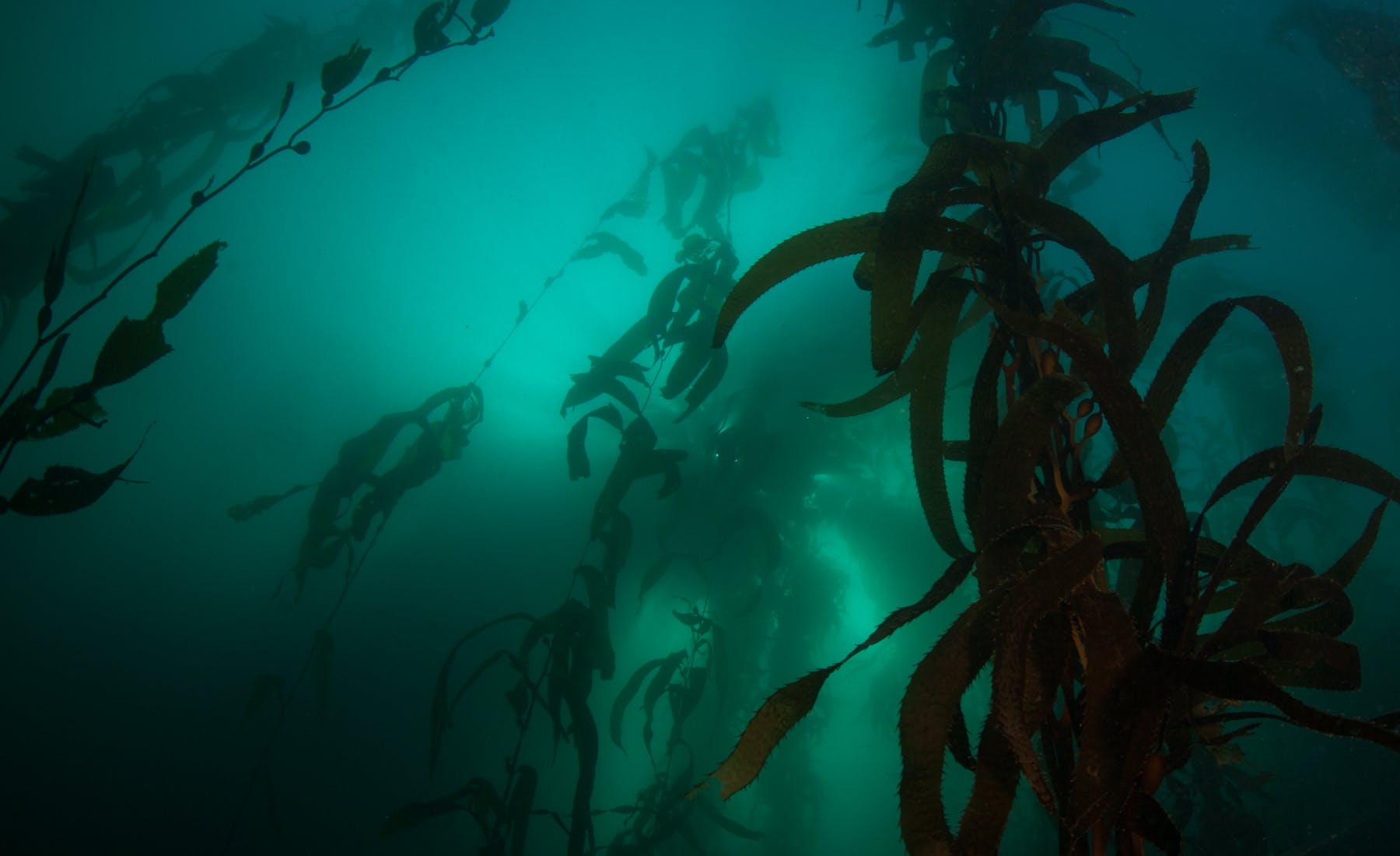 One of the biggest malls in America (it has its own zip code), the Mall of America in Minnesota is warmed in part by recycled heat from its shoppers.

70 degrees is maintained year-round with passive solar energy from 1.2 miles of skylights and heat generated from lighting, store fixtures, and body heat. 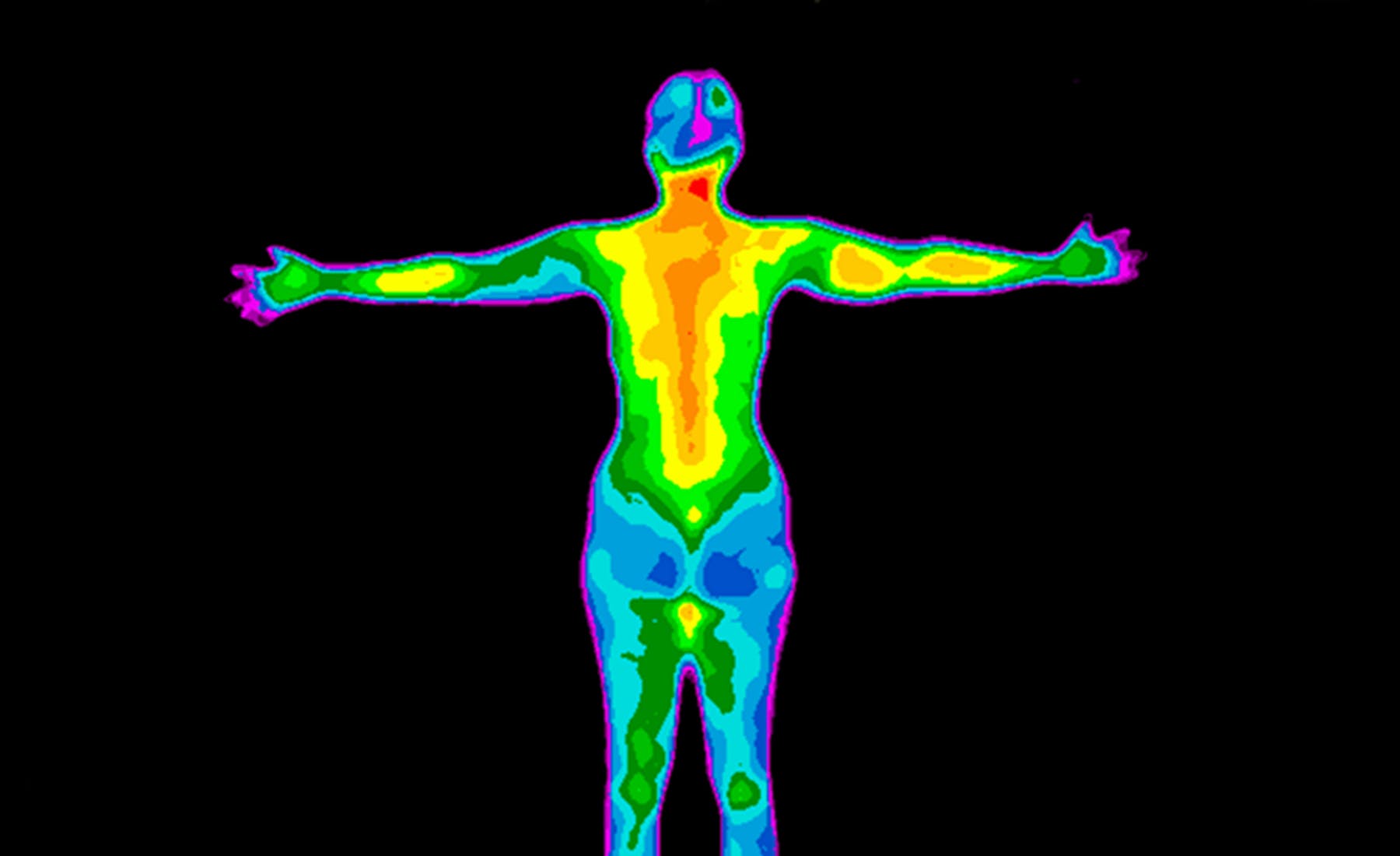 Methane from cows, which also comes from landfills and coal mines, is 28 times more powerful than carbon dioxide at trapping heat in the atmosphere. It’s why researchers in Argentina attached balloon-like plastic packs to the backs of ten cows. Each pack had a tube from the animal’s stomach that collected the gas.

Whilst the backpacks are a bit of a novelty, there is a very real opportunity to generate electricity from methane digesters on dairy farms. 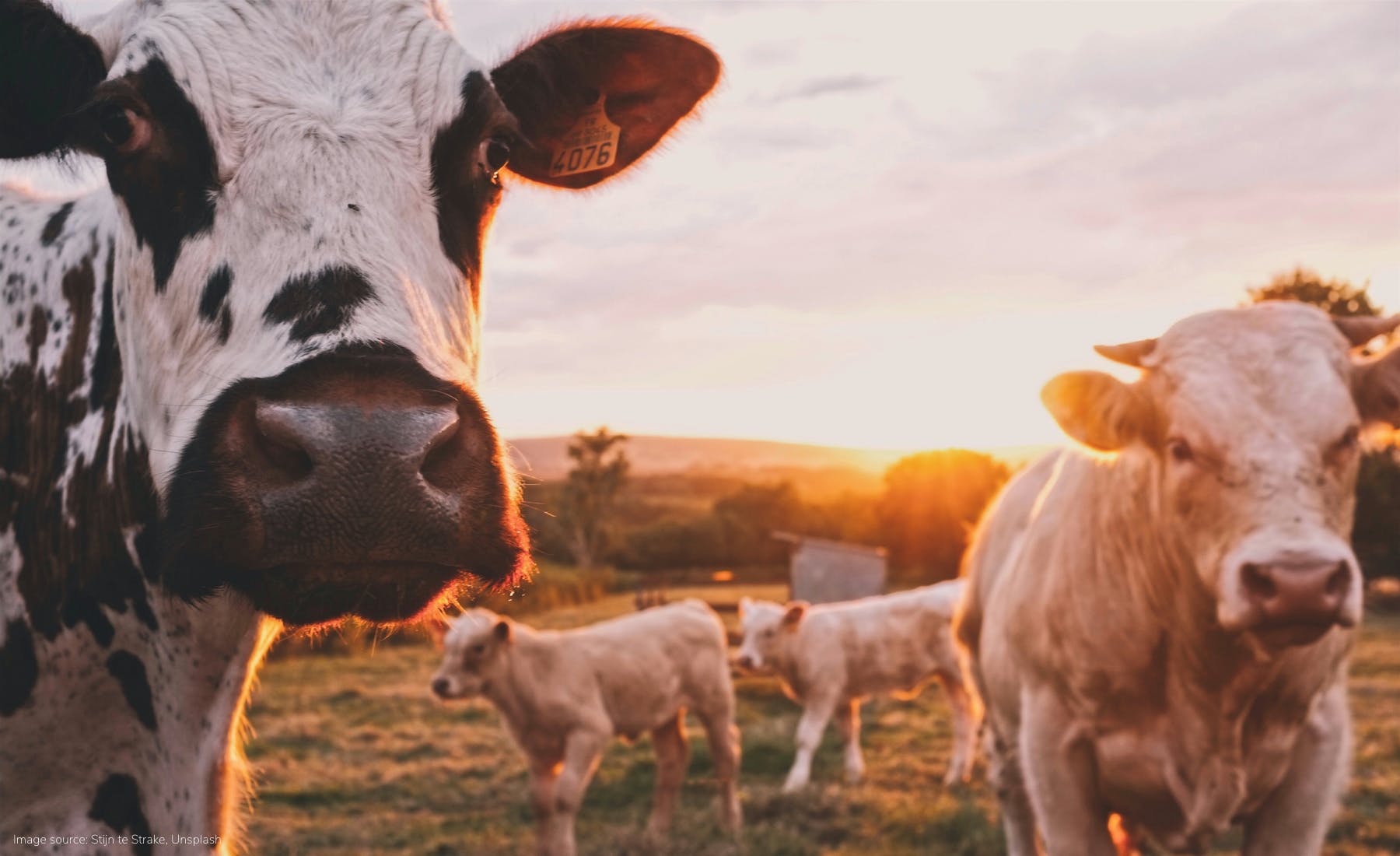 Setting out to find the most interesting energy trials and schemes from the world’s best scientists has truly been revealing. We were fascinated to find out that dance floor kitchen tiles could soon power your oven or that jellyfish solar panels could be lining our rooftops.

Imagine what our energy comparison sites will look like in the future and how we might compare the best energy deals.