What is a VPN and do I need it?

A Virtual Private Network isn’t necessary for everyone, and it can be a costly investment. However, VPNs provide a level of online security and privacy that’s ideal for businesses and security-conscious individuals. We consider what VPNs are, how they work, why they’re useful and the potential risks that come with using one. 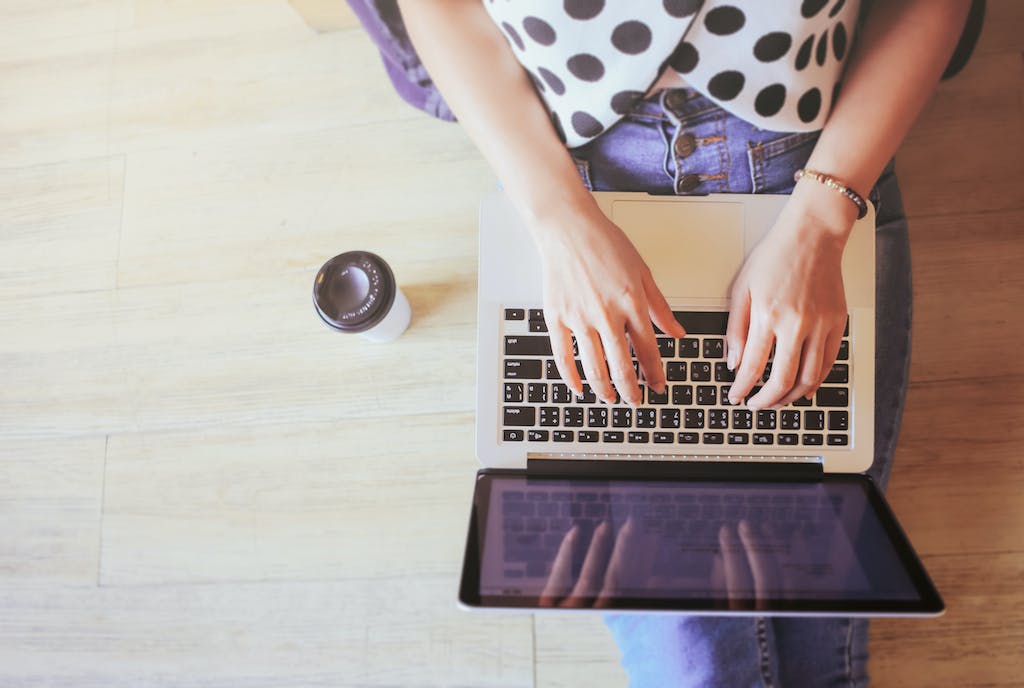 What is a VPN?

VPN is an abbreviation of Virtual Private Network – a method of transmitting data online without your activity being tracked by internet service providers (ISPs). It also prevents third-party cookies being associated with your device, and enables you to avoid geolocation restrictions.

Online activities involve a two-way data stream between host server and client device. Even a free VPN will stop user data being publicly visible, while cloaking your location to make it appear you’re logging on from the location of the server, rather than from your home or place of work.

How do VPNs work?

A VPN reroutes your internet connection through a private server, as opposed to through your internet service provider (ISP). Data transmitted when you’re online comes from your VPN, rather than directly from your device, preventing your IP address and identity from being detectable.

All data transmitted between your device and the internet through a VPN is encrypted, preventing any other entity from accessing this information. Data is usually transmitted as binary code, but VPN encryption transforms it into an indecipherable combination of characters. You and the VPN server will be the only parties with access to the encryption keys. This means previous search histories and location data can’t impact what website or advert content is subsequently displayed.

What are the benefits of a VPN?

There are many benefits of installing and using a VPN:

VPNs add an extra level of privacy and security, diminishing the chance of hackers and data thieves being able to access personally identifiable information (PII). That’s not to say you should use it instead of other anti-malware programs, because while malware is downloaded onto your device and attacks your operating system, a VPN only protects your activity across websites.

Public Wi-Fi hotspots are a great thing, but they aren’t as secure as home broadband. Data transmitted across an open public network with a shared Wi-Fi password can be easily intercepted and viewed by criminals, harvesting PII and potentially impersonating you at a later date. A VPN can help make online activity more secure if you have no choice but to access sensitive information via public Wi-Fi.

If you’re uploading files to the cloud or sharing them with a friend, a VPN can keep everything secure. However, a VPN shouldn’t be used for piracy, which is illegal through any channel.

If a technician needs to access your laptop or device remotely to help resolve an issue, you’ll probably be advised to use a VPN. A secure network created with a private VPN makes it easy and safe for someone to take remote control of your device, possibly for the purposes of removing malware or providing technical support with connectivity issues. This is often known as ‘remote desktop’ access, and it requires security clearance from the end user before data transfer can begin.

More of an annoyance than a security concern, some people may feel uncomfortable that their PII is being used for targeted advertising. A VPN prevents advertisers from using cookies to tailor displayed content, though certain sites will refuse to work unless cookies are permitted. For instance, business owners won’t be able to access Companies House for e-filing and annual statement submissions if cookies are being blocked by a VPN.

There are plenty of urban myths about booking things online, but it’s a known fact that repeat searches for a certain holiday or deal often result in increasing prices. This is because advertisers recognise your enthusiasm for the services they’re offering, and see an easy way to boost their profits. If you’re planning to conduct a repeat search for flights or accommodation, activate a VPN and the site will act as if this is your first visit. If stored cookies really were influencing prices, you should now be quoted the same price you originally saw.

What are the different types of VPN?

VPNs come in different shapes and sizes, which can influence the service you receive:

You can use a VPN directly through your browser, like Chrome or Firefox, by installing one as an extension or add-on. These may be regarded as lower-level VPNs, as they only protect data and activity transmitted through that browser. Anything using other applications (an email client, cloud storage or a streaming app, for example) will still be vulnerable. On top of that, browser extension VPNs are said to be less secure than other types.

The most common type of VPN is a standalone app installed onto a specific desktop or mobile device. These protect every connection made by the device (as opposed to merely through a web browser), and they tend to be safer than browser extension VPNs.

Some routers are VPN-enabled, allowing you to protect every connected device. This is a great way to keep your entire household secure, though it requires a router designed to be compatible with VPNs to prevent the process becoming overly complicated.

Site-to-site VPNs allow you to connect two networks in different locations. This is common practice among companies whose employees work remotely or in separate offices, enabling them to maintain a fully private connection throughout their network of staff or locations. In site-to-site VPNs, one router acts as the VPN client and the other is the server. This creates a private intranet, through which staff can share files and data safely.

Can I get a free VPN?

There are plenty of free VPNs available, but these aren’t the most trustworthy platforms. Many free VPNs offer a limited service, while some cover their operating costs by selling basic user information – the opposite of what a VPN is supposed to do. Indeed, using free VPN services could actually make your data more vulnerable compared to not employing one at all.

If you’re keen to access the internet anonymously without paying for it, the Tor Browser may represent a better option. This follows similar principles to a VPN, but uses a complex method of randomised data distribution to anonymise who is receiving what information at any given moment. Like a VPN, no cookies or browsing histories are stored, though Tor can be extremely slow and is often unmanageably so for video content.

Downsides of a VPN

While a VPN can improve your online security and anonymity, it’s not a failsafe solution:

A VPN is not antivirus

You can still fall victim to malware and viruses through a VPN if you’re not careful. Some VPN providers offer additional security services, but most simply encrypt data whether or not it’s malicious in nature.

Because of the extra legwork needed to reroute your connection and encrypt your data, using a VPN will cause average upload and download speeds to drop by anywhere between 10 and 25 per cent. This might not be an issue if your home or office is equipped with Fibre to the Premises broadband, but it’s something to remember on an ADSL connection, or if you enjoy 4K streaming and MMORPG gaming.

Some VPNs employ traffic management, to limit the connections of users who they feel are consuming too much data. This isn’t something VPN services publicly advertise, so it’s hard to know which providers may use this tactic. Most ISPs offer unlimited downloads with no traffic management, but a VPN can bypass this and implement its own restrictions. Again, that’s worth bearing in mind if you’re planning to regularly engage in bandwidth-intensive activities like peer-to-peer file sharing.

Using a VPN requires a leap of faith from a consumer perspective, because there’s no guarantee that your data and information is being protected. There isn’t a definitive way to prove a VPN is operating optimally, and third-party audits of VPN services are rare. The best source of information is industry and consumer reviews, so study the feedback provided by existing customers before committing to a VPN service. A widely-used service with plentiful five-star reviews should be trustworthy, but always be wary about sending confidential data via an opaque third party with limited accountability.

Choosing a VPN service involves a variety of considerations:

There are thousands of VPN providers around the world, including high-profile brands like ExpressVPN, NordVPN and CyberGhost. Each has its own pros and cons, but these are all paid services with thousands of global servers offering rapid internet access around the clock.

VPNs provide extra security and privacy for PII, and while they can sometimes be costly, this protection is often worth the price. We wouldn’t recommend opting for a free service, and ensure any prospective VPN offers a no-log policy which won’t allow your online activities to be attributed back to you at a later date.