What is a wireless router?

Most households have a growing number of internet-connected devices, from personal computers to tablets, smart TVs to smart thermostats. A wireless router is the device that takes these diverse pieces of hardware, and unites them over a single network. Below, we take a closer look at how this process works. 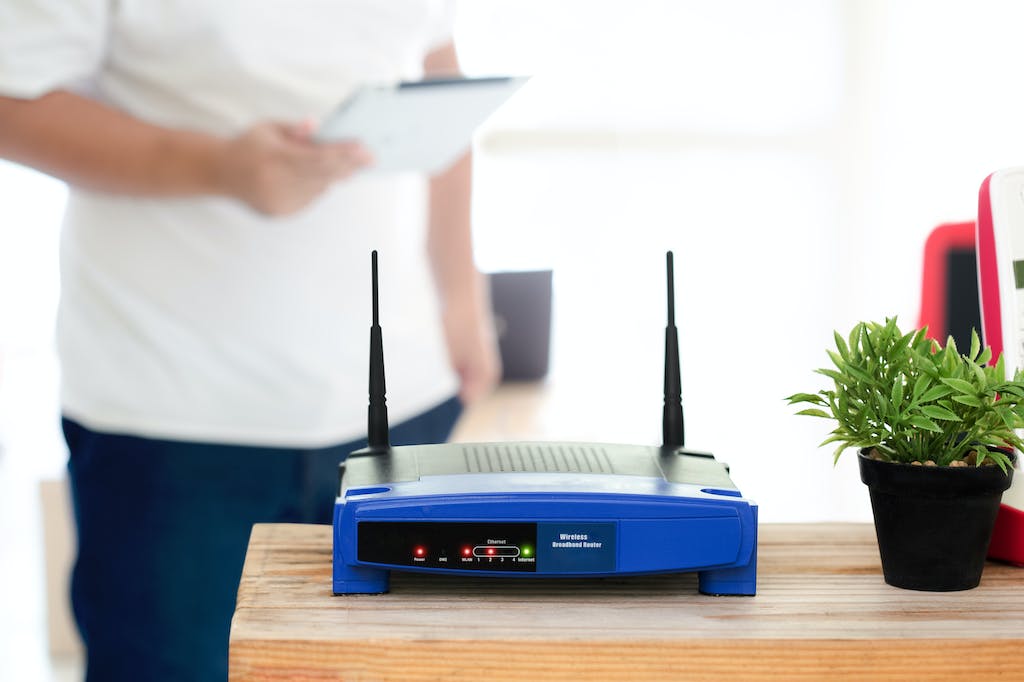 What is a wireless router?

A wireless router or broadband router can also be referred to as a Wi-Fi hub, or a WLAN (wireless local area network) device. These small pieces of hardware are usually supplied by your internet service provider (or ISP) as part of a broadband deal. The wireless router serves as the link between an internet cable and a household’s Wi-Fi enabled devices.

What does a wireless router do?

The router’s job is to direct incoming and outgoing internet traffic to your home network. It’s designed to do this as quickly and efficiently as possible. Throughout a typical day, you might send and receive emails, stream online video content, and monitor your home’s thermostat and security system using smart devices. This involves fluctuating amounts of bandwidth, which the wireless router manages. You’ll also be able to directly connect devices like PCs and web-enabled televisions using the wireless router’s Ethernet ports.

What is a router, and how does it differ from a wireless modem?

Routers and modems look similar, but they perform different functions. The modem connects domestic devices to the internet, while the router transmits radio signals for other devices to latch onto. This is the basis of a wireless network. ISPs generally supply an all-in-one device (known as a wireless modem router) which combines both functions.

How does a wireless router work?

Your local exchange provides the internet connection, with the wireless router serving as a transmitter to connect your home. However, this process varies somewhat, depending on the type of broadband available. It’s helpful to understand the different types of connections, and also how the speed and efficiency of your internet service may vary.

ADSL (Asymmetric Digital Subscriber Line) is a broadband connection distributed through the copper wires of existing phone lines. Although it’s high-quality and reliable, this type of broadband tends to be slower than newer fibre-optic connections. Signals are routed through fibre cabling to the local exchange, en route to your nearest street cabinet before completing their journey to your router along copper cabling. This signal is then distributed via your Wi-Fi connected device.

ADSL broadband speeds vary depending on your provider and location. They’re usually fast enough for streaming HD film and TV, but it might be worth looking at higher-speed options if you want to connect multiple devices to your router.

Fibre-optic broadband is a newer type of technology capable of delivering far faster speeds. Data is transmitted along underground cables to local pavement exchanges, and then on to your property through copper wiring. This is known as Fibre to the Cabinet (FTTC). Fibre to the Home (FTTH) connections bypass the copper wiring stage altogether, transmitting fibre data directly to your home at even greater speeds. Several companies now offer full fibre broadband in the UK.

In any type of connection, data reaches your router through an Ethernet cable plugged into a phone socket adaptor or proprietary connection. The router converts the data received along the cable into radio signals, which are transmitted to Wi-Fi enabled devices.

You may also wish to consider a rolling 30-day broadband contract rather than a lengthier fixed-term agreement. These are available with a variety of maximum connection speeds, and a number of ISPs presently offer no-contract broadband deals.

How to set up a wireless router

To set up a wireless router, you’ll need to plug it in, turn it on and enter a password. This is typically supplied by the ISP either on the router itself or on a removable card. The password generally comprises a blend of uppercase and lowercase numbers and letters. This makes it difficult to remember, but provides your home network with reasonable security. After correctly entering the password, the device should automatically remain connected to your wireless broadband in future.

It’s common to encounter issues when setting up a wireless router. These are some of the key stages to follow.

Firstly, make sure you enter the password’s uppercase and lowercase characters exactly as they appear on the router. If the password isn’t recognised after you’ve double-checked it, contact the ISP for assistance.

If the router is struggling to distribute a strong signal throughout your home, consider investing in a Wi-Fi booster or extender instead. These plug into electrical outlets, picking up existing Wi-Fi signals and amplifying them throughout the home.  Powerline adaptors distribute internet connectivity through your home’s electrical circuits, enabling any device to be hardwired via Ethernet through a normal plug socket on the wall.

If you’re experiencing slow broadband speeds even with a strong Wi-Fi signal, the problem may relate to the service or achievable line speed, rather than the router. Conducting a broadband speed test might help to identify these issues, and clarify what speeds are available at your current location.

How to keep your wireless router safe

Setting up a wireless router involves submitting a unique username and passcode. Keeping this private should minimise the risk of unauthorised devices or users accessing your home network. These home broadband security tips should also help to improve device security:

What sort of router will my ISP provide?

The type of router provided often depends on your broadband package. Basic ADSL packages come with mass-produced routers built to a budget, and therefore lacking advanced features like mesh extensions or signal-boosting external aerials. If you upgrade to a fibre broadband package, you can expect more bells and whistles from the models offered by leading ISPs:

Choosing your own wireless router

Not all wireless routers are created alike, so if you’re not happy with the device you’ve received from your internet service provider, it’s possible to buy a better alternative. Most internet connections will work just as well through any wireless router, rather than the one your ISP bundles into your package. The exception is Virgin Media, whose proprietary data distribution system means their router needs to be retained.

These are the key factors to consider when choosing a wireless router for yourself:

Modern routers are designed to be unobtrusive, while more advanced desktop routers feature short antennas to broadcast wireless signals throughout your home. Greater portability is offered by smartphones, which can be used as a portable router while on the move. Enabling the mobile hotspot feature on your phone shares the device’s wireless network connection with nearby hardware.