If you’re lucky enough to have a holiday home in the UK, it’s important to ensure internet connectivity is available whenever you visit, just like any other essential utility. And in a similar manner to other monthly utility charges, it can be frustrating having to pay for a service that’s not being regularly used. However, there are plenty of affordable ways to keep a holiday home or second home connected, in readiness for your arrival. When signing up for a new broadband deal, internet service providers (ISPs) assume it’ll be used all the time. If weeks or months are passing without any data being sent or received, you’re effectively paying for a service you haven’t been using. 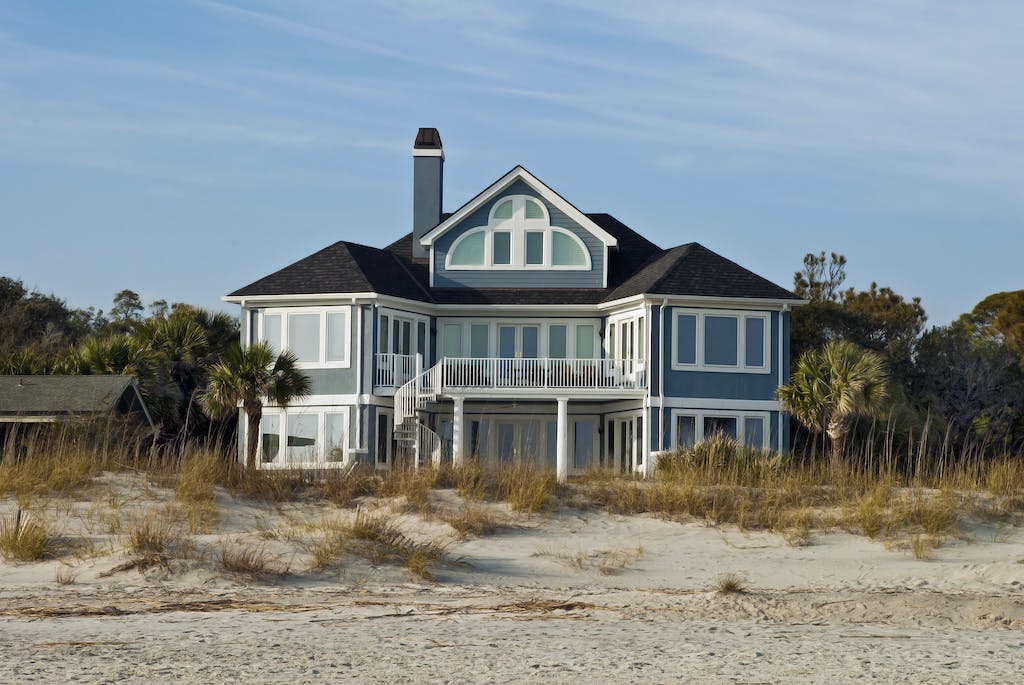 As with your main residence, a holiday home can have a broadband contract ranging from 12 to 24 months in duration. However, consider the following before signing up to a fixed-term contract:

1. Is your holiday home occupied regularly?

If the property welcomes guests on a weekly or fortnightly basis, it might benefit from a cheap broadband deal like ADSL. Most providers offer this type of broadband for less than £20 a month, remaining online without wasting money on unnecessary connectivity.

2. Does more than a month pass between visits?

This may entail paying several months’ worth of bills in exchange for no broadband usage. In this scenario, a long-term plan isn’t ideal.

3. How do you use the internet in your second home?

It may be tempting to replicate the connectivity enjoyed at home by investing in full fibre broadband, even if it won’t be especially well-used. Consider the likely requirements for an internet connection – is it a vital addition to your second home, or simply useful for updating social media profiles with holiday snaps? If the latter statement is more accurate, it may be worth considering an alternative to a fixed monthly contract.

A little pricier but offering a lot more freedom, rolling no contract broadband packages last 30 days, automatically renew every month, and can be cancelled with 30 days’ notice without incurring any exit fees.

The downside to a rolling broadband contract is that you have to provide the ISP with a month’s notice to ensure the connection is up and running when you arrive. It also requires another month’s notice to end the contract. Visiting a second home for a two-week holiday would therefore involve two months of admin periods, while missing the activation date by even a week would mean spending half the holiday without any broadband.

Rolling contract broadband generally works best for people who need to be connected for months at a time, rather than weeks. This could be a good option for people who spend long periods at a second home, such as ex-pats travelling back to the UK each summer.

As you can see, the upfront fees (which must be paid every time you set up a rolling contract) diminish any cost-saving potential for people planning to dip in and out of rolling contracts.

If absences from your second home are likely to be less than two months across a typical year, you might want to retain a fixed price contract. However, this becomes a significant expense for more costly broadband providers.

Should I pick a fixed contract or rolling contract broadband deal?

This decision depends on whether paying for something and not using it delivers greater value than paying out a higher upfront cost. If you tend to visit a second home for two months each winter, you shouldn’t be paying for the remaining ten months of the year. In such circumstances, it might be worth considering a rather different option…

Mobile broadband has a number of disadvantages for permanent use, since it’s pricier than fixed contracts and speeds rarely match ultrafast fibre cable connectivity. However, mobile internet is uniquely flexible, allowing you to pick and choose the following aspects of any deal:

Always check to see if your existing ISP or mobile network provider has any mobile data offers. For instance, Vodafone offers an array of device-specific USB dongles, MiFi hubs and 5G-compatible wireless routers, all connecting via the company’s 4G and 5G phone network.

Can I get mobile Wi-Fi?

Mobile broadband can be made into a Wi-Fi (or MiFi) connection using a mobile broadband router which several devices can then connect to as they would with a standard broadband router. This is fully portable, while a related option involves using your mobile phone as a data hotspot. However, check the reported indoor signal strength at your second home’s location; holiday homes are often in remote locations some way from the nearest mobile antenna.

How long are mobile broadband contracts?

Contract lengths range from one month to 18 months, with the latter often including added minutes and texts, as well as no upfront fees and lower per-monthly costs. You’ll need to give 30 days’ notice to end any mobile broadband contract.

If you opt for a pay-as-you-go SIM card, you receive a set amount of data and minutes to use at any time. This option can be a competitively-priced solution for occasional users and people who prefer to stay connected through texts and calls, rather than social media.

What’s the best cheap broadband for a second home?

Ultimately, this depends on your circumstances. Mobile broadband isn’t the cheapest option, but it’s guaranteed to be useable wherever you are and whenever it’s needed. In the same way, a fixed price plan may not deliver impressive value for money during months when it’s not needed, but it could still work out cheaper than establishing a rolling contract every two months.

Do you rent out your holiday home?

Things may be different if you frequently rent out your holiday home. Holiday accommodation guests will expect Wi-Fi, so 12-month broadband contracts are advisable in this scenario. Do read your chosen ISP’s contract small print, as some deals or offers may not be honoured in a commercial setting like a rental home or Airbnb property.

If you only rent a property out during a set season, it’s best to stick with a rolling contract that can be cancelled at a month’s notice. Even taking upfront costs into consideration, you’re likely to save money compared to being billed for months when the property is unoccupied.

Q. Can’t I just set up a cheap fixed broadband deal and then cancel it when my visit is over?

A. Fixed-term deals are cheaper because the ISP is assuming you will stay in contract for an agreed period. Leaving before that date will incur a fee multiplied by the number of months left on your contract, and you may also have to pay a general admin fee. It may cost almost as much to cancel a longer fixed contract as it would to continue making the monthly payments.

Q. Can I arrange broadband for my holiday home abroad?

A. Your best bet for cheap holiday home broadband abroad is to set up a contract locally, comparing prices with domestic providers as well as major international brands. If you want a broadband option that seamlessly follows you around the world, mobile broadband is the best option. Almost all network providers have roaming locations where data will continue to work as it does in the UK. Alternatively, they may have affordable deals for destinations where data costs are greatly reduced.

Q. What if visits to my second home don’t follow a set schedule?

A. If visits to a second home are more spontaneous, such as one weekend each month, mobile broadband may be the most cost-effective option. If you’d feel more comfortable with a traditional wired connection, consider the cheapest ADSL option. Even sporadic visits to the property should justify the modest fixed costs involved in these standard broadband contracts.

Q. Can I carry my current plan over to my holiday home broadband?