The cheapest and most expensive houses sold near you

New figures from the Office for National Statistics have revealed the postcodes with the cheapest and most expensive homes in England and Wales, with values ranging from just £25,000 to £5.8million depending on where you are in the country.
Share this guide 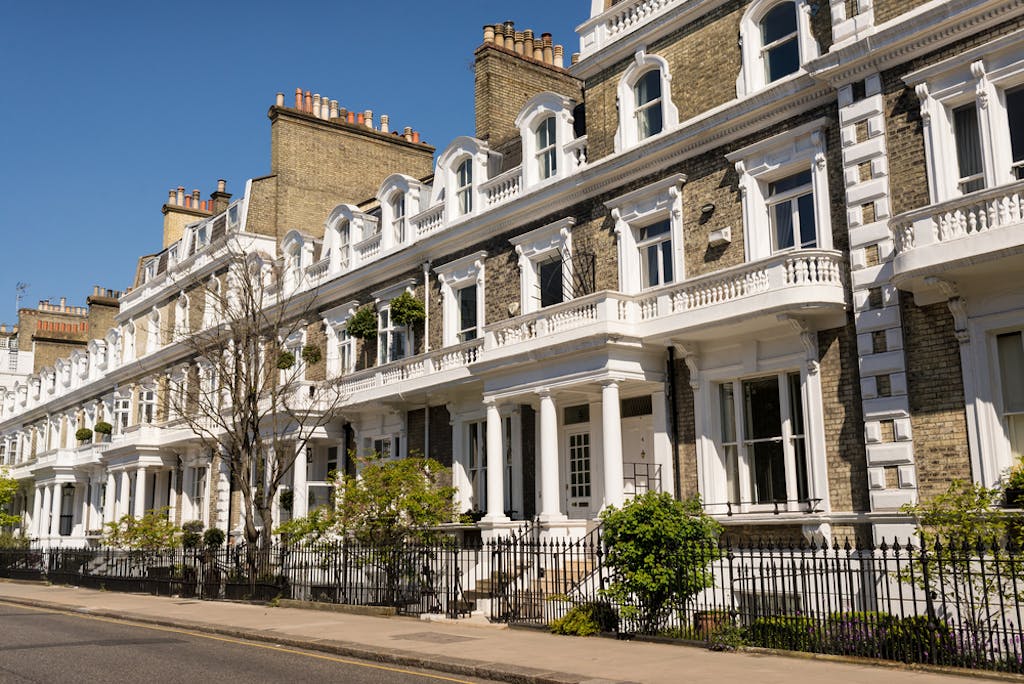 County Durham had the cheapest average houses in the 12 months to September 2020, according to new data from the Office for National Statistics (ONS).

Looking into the prices people actually paid for homes last year, figures show the cost of a house in the TS27 postcode just west of Hartlepool was just £25,000.

It comes as official data showed that average UK house prices increased 7.5% in the year to January, down from 8% in December 2020.

This is the first slowdown in house prices since July 2020, after the market fully reopened following a total shutdown during the first coronavirus lockdown in March 2020. But shows a significant yearly rise, largely attributed to the current Stamp Duty Land Tax holiday.

Today’s data from the ONS breaks down the average price paid within what’s called a ‘lower-layer super output area’ (LSOA). These are small areas of the country with between 400 and 1,200 households. There are 34,753 of them in England and Wales.

Areas with the cheapest homes

Of the cheapest 20 areas, the majority are found in the North East of England. The second-cheapest was also in County Durham, with average prices paid for properties in the area covering the postcode SR8, which includes Peterlee and is directly north of TS27, just £27,000.

Houses in areas of Sunderland, Hartlepool, Liverpool, and Rotherham were also in the list of the 20 cheapest house prices. The price paid for these properties was between £25,000 and £39,000.

Where the most expensive homes are

At the other end of the scale, the most expensive price paid on average for a house was £5.8million in Westminster. That’s 200 times more expensive than the cheapest house on the list in County Durham.

When crunching the data, we found that 20 of the most expenses houses bought in the 12 months to September 2020 were found in central London.

These were all in the areas of Westminster, Kensington and Chelsea, Barnet, and Camden with prices ranging from £2.6 to £5.8million.

For Wales, the cheapest place for average house prices was Rhondda Cynon Taf £39,995, while the most expensive houses were found in Cardiff, priced at an average of £657,000.

How the property market is performing overall

The North West region of England saw the highest annual growth in house prices of 12%, while the West Midlands saw the lowest of 4.7%.

Jonathan Hopper, chief executive officer of Garrington Property Finders, said: “Even the reimposition of a national lockdown at the start of January barely dampened the property market’s price momentum.

“True, the annual rate of price growth across the UK has slipped from the blistering to the breathless. But at 7.5% nationwide, and close to double figures in hotspots like Wales, prices are still growing at a prodigious rate.

“New hotspots are emerging and burning bright, with average prices across Northern England rising at well over 8% a year. With the North-South divide now in reverse, prices in the North aren't so much levelling up as flying up.”

However, the ONS has said all housing statistics should be treated with caution for the past year.

This is because the coronavirus pandemic saw much of the market close temporarily a year ago and this was coupled with the Stamp Duty holiday introduced last summer.

The tax holiday means that stamp duty tax is not due on the first £500,000 paid for properties in England and Northern Ireland. This has led to a saving of up to £15,000 for some house buyers and has been one of the main reasons for the huge surge in house prices in this period.

The holiday was due to end on 31 March this year, but chancellor Rishi Sunak confirmed in his 3 March budget an extension for three months. From 1 July, the tax will reduce to £250,000 and then from 1 October it will drop to its previous level of £125,000.

Where next for house prices

David Westgate, group chief executive of Andrews Property Group, said: “We’ve seen an immediate boost in seller and buyer activity since the Chancellor announced an extension to the stamp duty holiday at the beginning of this month. Across our 50 branches, we have seen instructions and viewings up 44% and 19% respectively, compared to February.

"Buyers and sellers will be looking to take advantage of the stamp duty tax break that's available until the end of September.

"And with most families vacating at home this year, or even delaying their holidays, we could see more people taking the opportunity to progress house sales and purchases, that may have been paused due to the pandemic.

Nationwide uses data from the mortgages it approves and its latest report shows a monthly rise of 0.7% and an annual rise of 6.9% for February, putting average house prices at £231,061 - the highest it has ever recorded.

Halifax, which uses data from its mortgage transactions, put the average house price at 251,697 for February, a fall of 0.1% from January but an annual rise of 5.2%.

Zoopla and Rightmove also produce house price reports - with these using asking prices of homes. This means they give the earliest indicator of the direction of the market, but the homes might not be sold for that value.

Zoopla’s latest figures show house prices climbed by 0.5% to £226,400 between December and February, taking the annual rate of growth to 4.1%.

The data from the ONS uses records from the Land Registry of completed housing transactions. Therefore it’s the most accurate reflection of house prices, although there is usually a delay of three months before it is published.