As the banking sector serves up yet another scandal, we show you how to claim compensation if you were mis-sold credit card protection and identity insurance.
Share this guide 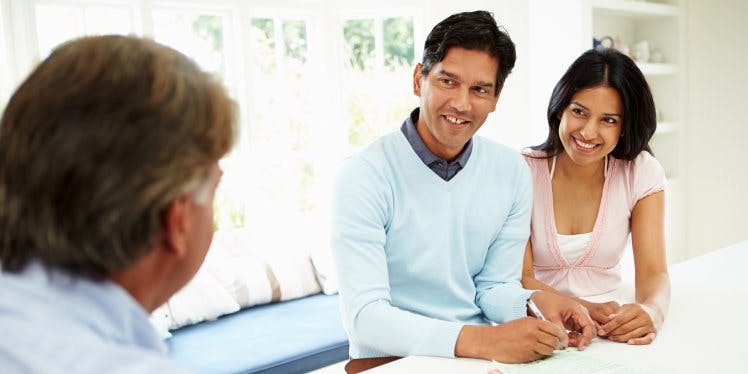 The FCA has ruled that CPP credit card protection insurance and identity protection policies were unfairly sold to millions.

That means another mis-selling scandal, and another big bucks compensation package that you could be owed a slice of.

We explain how to tell if you were mis-sold and exactly what you need to do to claim.

Typically, the policies were sold when you rang up your card provider to activate a new credit card, however the risk was overstated in many cases and the providers often 'forgot' to mention that they were non-essential so many people took them out unnecessarily.

Having fined CPP a sum of £10.5 million in November 2012, the Financial Conduct Authority has now ordered them to pay customers £1.3 billion in compensation.

CPP cannot afford that amount, so instead the card providers that were originally involved in selling the policies have set up a scheme to compensate their affected customers directly.

The mis-selling dates back over 10 years costing consumers anywhere between £30 and £80 per year per policy - all spent on unwanted and unnecessary insurance.

If you were mis-sold a policy from a bank that is not listed above, CPP itself should be responsible for compensating you.

Were you mis-sold credit card insurance?

In all, more than seven million customers were mis-sold CPP insurance; taking into account renewals around 23 million policies are due to be reimbursed.

Approximately 18 million of these were existing plans renewed after January 2005 and about 4.5 million were new policies bought from January 2005 onwards. They were mis-sold if:

If you were sold CPP insurance alongside a credit card, think about how you were offered the policy. Cover that was taken out or renewed from January 2005 onwards could put you directly in line for repayment.

If you had a CPP policy that ended before January 2005 you will not be eligible for the scheme and, if you want redress, you will have to lodge a complaint with CPP independently.

How to get CPP compensation

If you have moved house since buying your policy, contact CPP to change your address on their files. Ongoing, CPP will be writing to all customers it believes are due compensation to sort out the compensation scheme:

If you have any questions regarding the scheme you will need to refer to the Financial Conduct Authority CPP guide and contact the CPP Redress Scheme.

If you are not happy with the way compensation scheme deals with your claim, you can refer it to the Financial Ombudsman. However, the Ombudsman can only deal with your claim according to the scheme's rules and you will lose even this recourse if you miss the August deadline.

How much CPP compensation will you get?

You should have all premiums since 14th January 2005 refunded (this is the date the FCA took over regulation of such products) with 8% interest added to the net sum.

Any claims paid out since that date will be deducted from your personal redress.

Payouts for identity protection and CPP card protection claims will be paid in spring 2014, with customers expected to receive around £170 each on average.

Your bank or card issuer will pay any compensation directly into your specified account.

What if you do not receive a letter from CPP?

You will not receive a letter if you are not eligible for the compensation scheme. This could be for one of the following reasons:

However, you do not need to take it lying down. If you think you should have received a letter, but did not, gather as much information as possible on your CPP policy and dispute the reasons listed above.

Even if you are not eligible for the compensation scheme, you can still try to claim your premiums back independently. Plus, if you were not included in the scheme the Financial Ombudsman will not be restricted by it either.

CPP card protection complaints should be sent direct to CPP and copied to the bank or card issuer you believe mis-sold your policy, e.g. claiming CPP from MBNA.

Tired of reclaiming charges you didn't deserve in the first place? Compare current accounts to find one that doesn't hit you with hefty fees.