How to consolidate debts with a loan

If you’re paying off multiple debts, you could move them all into one loan to simplify your payments and potentially save money. We look at how it works.
Share this guide 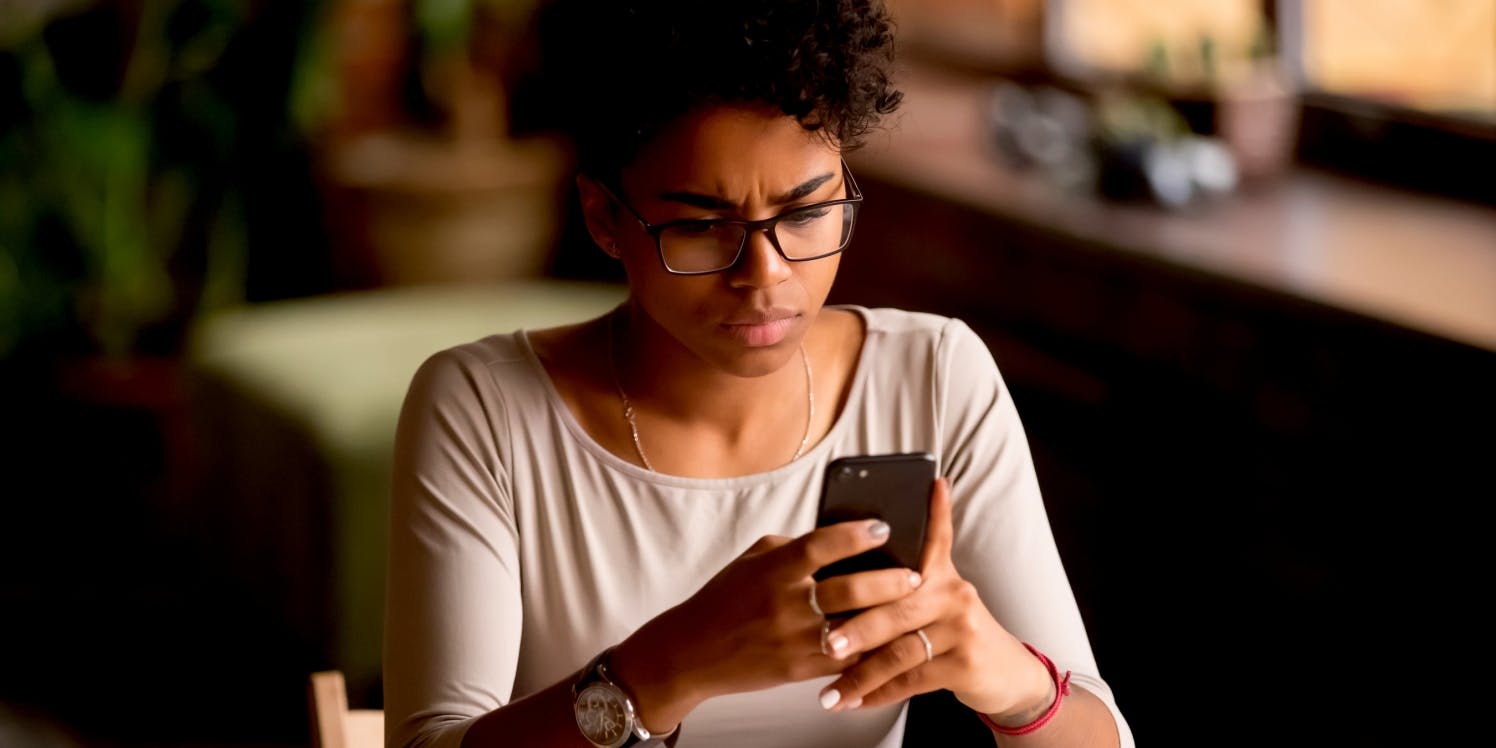 Your debts won’t disappear, but consolidating them could make them easier to manage.

Despite your best intentions, you may have found yourself with a number of debts. These could include a loan, credit cards or an overdraft, for example. This means that as well as having a potentially complex set of repayments to manage, you could also be paying more interest than is necessary.

What is a debt consolidation loan?

A debt consolidation loan is a loan you take out to pay off your other debts. In theory, any loan can be used for this purpose. Although your debts won’t disappear, this could make them easier to manage.

Reasons to take out a loan to consolidate your debts are:

All of these can make consolidating debts into a loan worthwhile. Just make sure you really will achieve your goals before you go ahead and that there will be no negative consequences that could make your situation worse.

What to consider before consolidating debts

The main consideration is whether consolidating your debts will actually benefit you. To find out, you first need to add up all your debts to work out how much you’ll need to borrow to pay them off.

You should also check whether you will have to pay any fees to repay your existing debts early. Normally, these early repayment fees only apply to loans and mortgages, but they still need to be factored in as they will eat into any savings you make. Consult your original loan agreement or ask the lender for a settlement figure. You could pay fees of one or two months interest on a personal loan.

Next, look at exactly how much you are currently spending on your debts each month and the interest you would end up paying if you didn’t consolidate them.

Consider getting free debt advice on how to deal with your debts from organisations such as StepChange and National Debtline.

Once you know what debts you have and how much they will cost you in the long run and how much they’re costing you each month, you need to shop around to see what loans you could get to consolidate your debts and how much your new monthly repayments would be.

Even if reducing your payments isn’t your main purpose it’s still important to make sure you can afford the new monthly amount and that you won’t end up getting into even more debt as a result.

You can compare loans on comparison sites, which often have eligibility tools that let you check whether you would be eligible for a loan before you apply without affecting your credit score. Applying for lots of credit in a short space of time, which you might do if you’re turned down for loans, can give lenders the impression that you’re in financial difficulty, which means they’re less likely to accept your application for a loan.

Also look at how much the loan will cost you in interest by the time you’ve paid it off to see if you’ll save money overall. The shorter the period you can borrow the money for, the less interest you’ll pay overall but the higher your repayments will be.

Bear in mind that if your aim is to make your repayments more affordable by spreading them out over a longer period, you may end up paying more in interest overall. This isn’t necessarily a problem if it makes it easier to repay your debts but you should be aware of this downside.

When you’re looking at the loans you could get, you broadly have two options:

These are also known as unsecured loans. You take out a loan and then pay it back with interest. The lender will look at your circumstances, including your credit history, to decide whether to lend you the amount you need and what interest rate to charge you.

The riskier the lender thinks it will be to lend to you, the higher the interest rate you are likely to pay. The lender will also make sure you’ll be able to afford to pay back the loan.

You can usually borrow up to £25,000 and pay it back over one to seven years with a personal loan. Some banks might lend you more if you’re an existing customer.

Read our guide to how your credit score affects the loan you can get to find out more.

You provide an asset, such as your home, as security for the loan that the lender can sell to recoup its money if you don’t keep up your repayments. This can make it easier to get a loan if you’ve had credit problems in the past and to borrow a higher amount. You’ll also normally pay a lower interest rate on larger amounts than with a personal loan.

As well as looking at your circumstances and credit history to decide whether to lend to you, the lender will also value the property or other asset to make sure it provides adequate security for the loan.

The minimum amount you can borrow is £10,000 and you can pay the loan back over three to 35 years. There’s a risk that you could lose your home if you can’t repay it though.

How much you could save by consolidating debts

Here’s an example of how much you could save on interest by consolidating your debts in one personal loan.

For this example, imagine you have two credit card debts that you’re paying off a bit at a time each month and an overdraft.

The first credit card contains a balance that has previously been transferred to the card, which was offering 0% interest introductory offer, but as the balance hasn’t been paid off by the end of the interest-free period, the rate has jumped up to 20.9% APR. The second card is one that charges a relatively low rate for borrowing.

The overdraft isn’t actively being paid off but temporarily disappears each month when your salary is paid into the account.

In the tables below, we look at how the cost of those existing debts compare with the cost of taking out a personal loan of £3,500 to clear the debts. The comparison shows the costs depending on whether you paid off the loan over one, two or three years.

The amount you would save would depend on your situation and the loans you might be accepted for. If you’ve had credit problems, such as missing repayments or defaulting on loans, you’ll be offered a higher interest rate than someone with no credit problems, which could make consolidating your loans with a credit card less worthwhile.

Find out how to borrow money with bad credit.

As you can see above, if you took out a loan over two years, which would mean you would clear the debt in around the same amount of time as if you kept the existing debts with the same repayments, you would pay £13.29 more each month but you would save an impressive £381.38 in interest overall.

Alternatively, if you wanted to make your repayments more affordable, you could take the loan out over three years and pay £35.33 less a month. You wouldn’t save as much in interest but still a decent £232.22 and you’d have more manageable monthly payments.

There are some potential downsides to be aware of when you’re weighing up whether consolidating your debts is the right thing to do.

Although you’ll have just one monthly repayment to make with a debt consolidation loan, you’ll be committed to paying it each month. This means you won’t have the flexibility to make a lower payment if you need to at any point as you would with a credit card or overdraft. And if you end up missing your repayment as a result this will hurt your credit score.

If you close all your existing accounts after consolidating your debts you could hurt your credit score - as lenders like to see examples of a stable credit history. At the same time, new applications for credit can also hurt your attractiveness to other lenders.

On the other hand, there are potential upsides to your credit score too. Lenders also like to see people use a small percentage of each available credit facility - so clearing debts like credit cards and overdrafts is generally a positive move.

If you take out a secured loan to consolidate your debts, there’s a risk you could lose your home.

How to avoid debt consolidation traps

Once you’ve decided that consolidating your debts is worth doing and taken out the loan, follow our tips to make sure it doesn’t end up making your situation worse:

Before considering debt consolidation, check whether you can transfer any of your debts to 0% deals.

One way to do this is to move a credit card debt to a 0% on balance transfers card, which won’t charge you interest for a period of up to 31 months. Make sure you’re able to pay off the card by the end of this period though or you will end up paying a high rate of interest on it. You’ll have to pay a transfer fee to get the longest 0% periods, so factor this in when you’re working out how much you’ll save on interest.

You could also take out a 0% money transfer credit card deal to clear an overdraft. These pay money into your bank account and don’t charge you interest on it for a period of up to 18 months. As with balance transfer cards, there are transfer fees to pay and you’ll be charged a high rate of interest if you don’t pay the card off by the end of the 0% period.