From penthouses in New York to villas in the Bahamas, it’s fair to say that celebrities don’t hold back when it comes to choosing extravagant homes across the world.
Share this guide

However, the desire for having the ultimate lavish property doesn’t stop with purchasing the house - many celebrities are putting in huge planning permission requests to make their home truly unique to them.

But what do these epic requests do to property prices and could they affect the sale of the house or the size of the mortgage? We have revealed the real cost behind these crazy property changes and gained insight from an estate agent to see what effect they can have on the sale of the house.

Compare mortgages to get the right deal for your circumstances 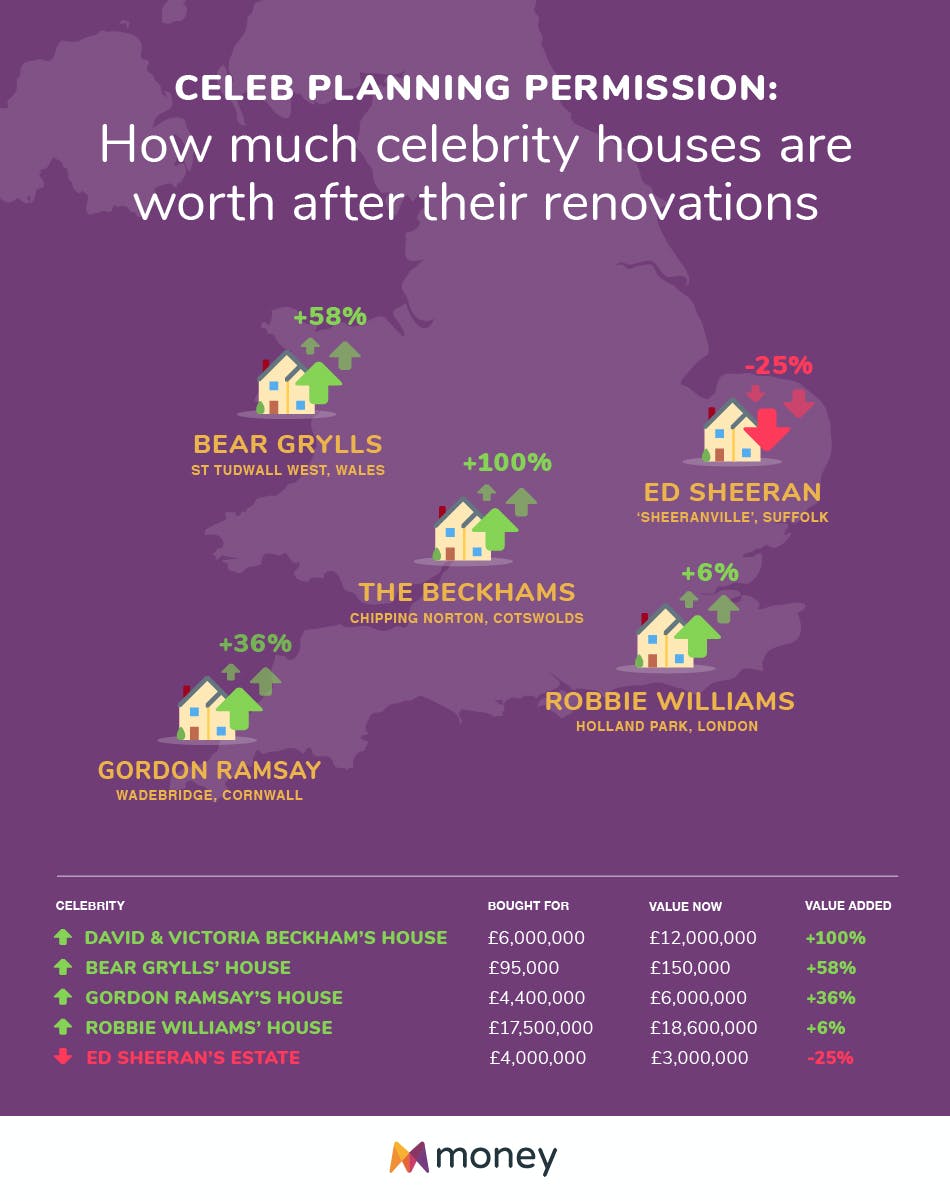 What are celebrity’s grand designs really worth? 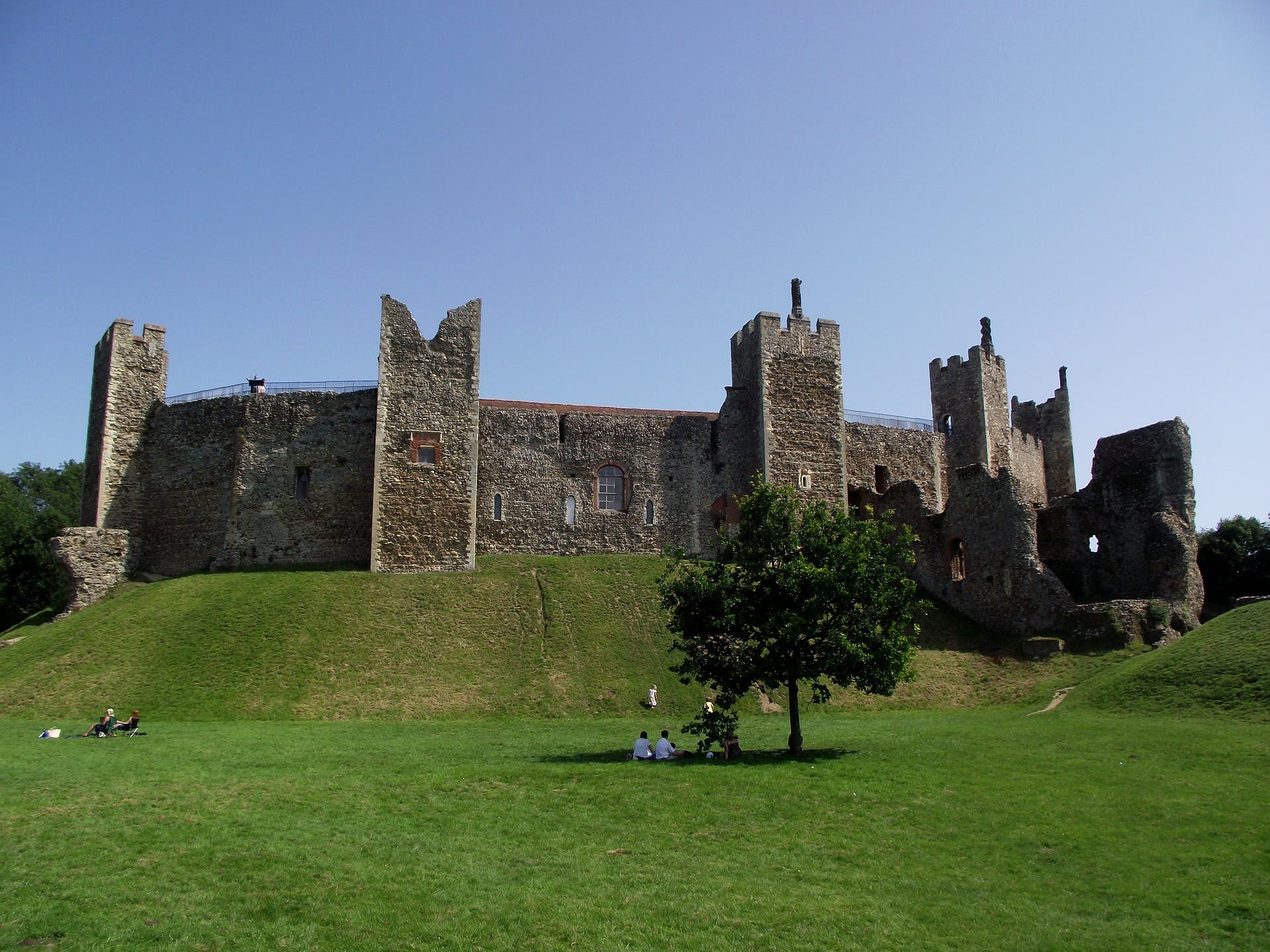 Ed Sheeran first started creating his ‘Sheeranville’ estate back in 2012 when he purchased the land’s first property, a detached modern farmhouse, which was soon followed by a four-bedroom home, a bungalow and yet another farmhouse. The estate cost a whopping for £4m to build and has some questionable features on-site.

Costing almost £2m to build, the pub was a huge addition to 'Sheeranville', along with a cinema and tunnels that connect the different properties. But the eccentric style of estate could be doing more harm than good.

The estate agent, Paul Gibbens of Housebuyers4u said: “The evaluation revealed that because the estate is so bespoke and unique to Ed’s taste, it could have a negative impact on the sale price, and the cost of reverting any of the features could be hefty.”

The upkeep and ongoing maintenance of an estate this size, as well as the potential impact on surrounding property prices could also be a put-off for potential buyers, with the value expected to now be around £3m, that’s a huge 25% decrease from what the estate was originally bought for. 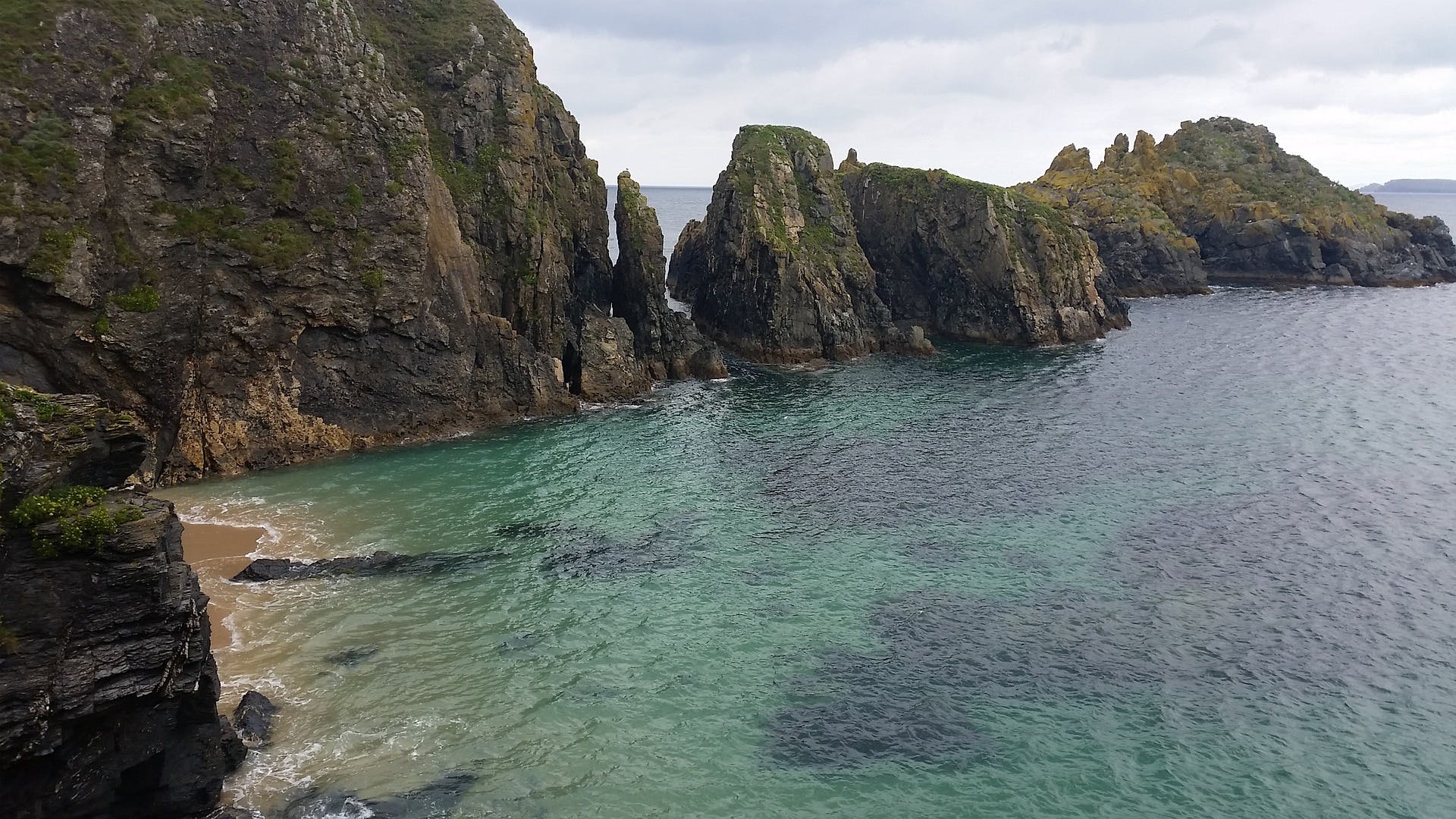 Hell’s Kitchen star, Gordon Ramsay, isn’t just about perfection in the kitchen - he looks for the best in his homes too. Although he has homes dotted across the UK and the US, his Wadebridge property is one of the highlights.

Ramsay originally purchased the property back in 2015, but not long after, estate agents said the property needed some ‘modernising’. Since then, the TV chef and his family have gone on to split the property into two, creating the main house and the more quaint ‘Garden House’.

And the renovations don’t stop there, the property now boasts an infinity swimming pool, wine cellar and even its own boat storehouse located just by the water.

But how have these changes affected the house price? Well, it looks like the Ramsays are in profit with this property, making £1.6m on top of the original buying price. New builds often sell for a premium and its eco-theme will also add significant value.

However, Paul Gibbens from housebuyers4u.co.uk concludes: “If the build doesn’t fit into the identity and culture of the local area, it could be a sticking point when it comes to selling.” 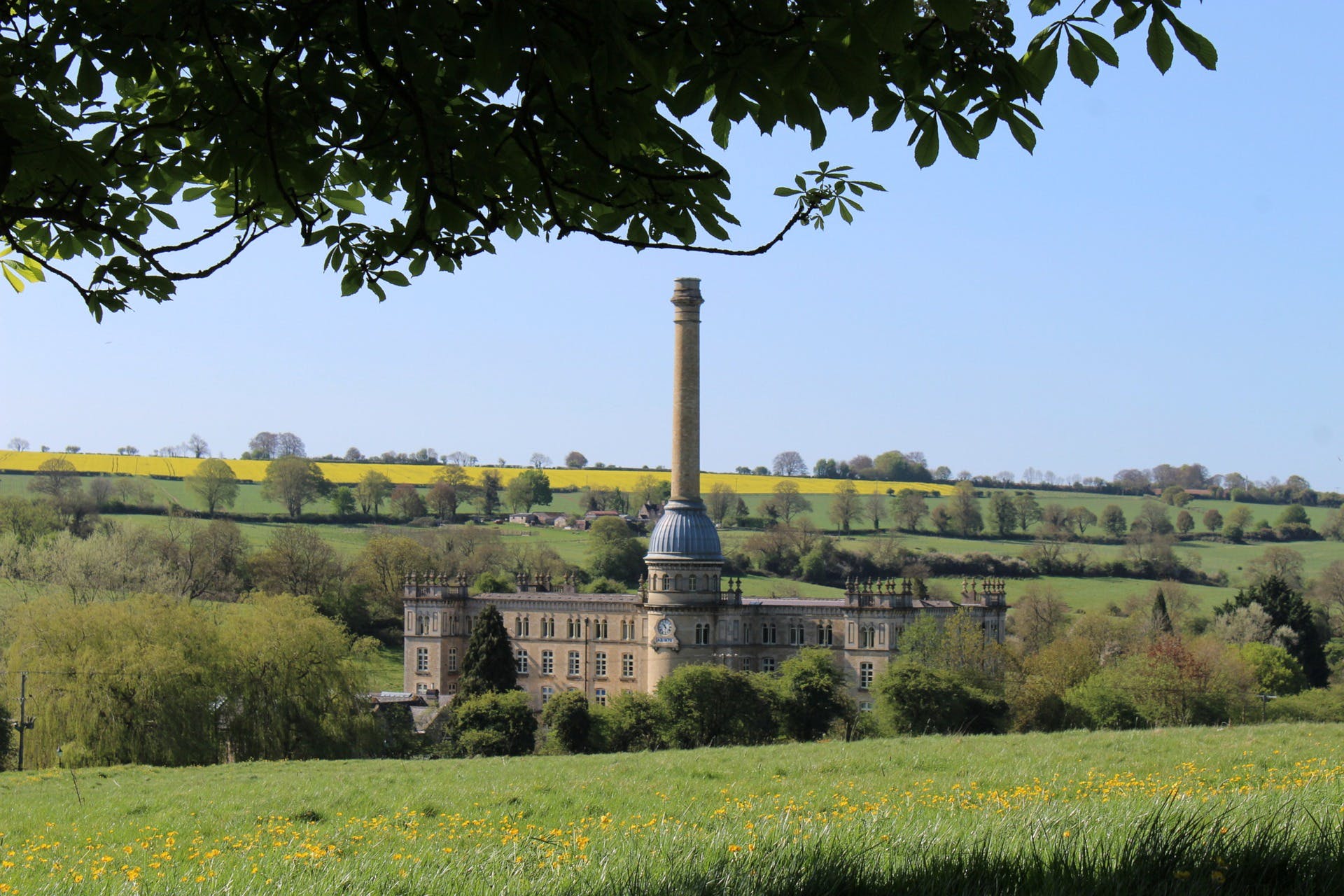 Although they have a huge mansion in London, the Beckhams often spend their family time in the Cotswolds where they own a stunning barn conversion - a property which has also welcomed a number of luxurious celebrity parties.

After being purchased in 2016, the Beckhams' property has undergone some stunning transformations, including an on-site football pitch and spectator stand.

The home also now boasts its own 4ft-deep lake, which has added some serious value to the property. Our independent estate agent states that adding pond acreage can increase bare land values on a property from 6% up to a staggering 42%. This, plus added luxuries like a private sauna, impressive wine cellar and an underground tunnel have all meant the property’s price has skyrocketed by a huge £6m.

Each part of the renovations is unique, but ties in well to the property’s feel and style to create an enchanting countryside home, so it’s no surprise that the valuations were so high. Take That heartthrob, Robbie Williams, has owned this Kensington mansion with his wife, Ayda Field, since 2013. Although they’ve stuck with the property’s period features, the couple have taken their time to modernise the home to suit their desires.

The biggest change Robbie and Ayda made to the property was the addition of an underground pool - and although this is great for a daily dip, it may not have had the best effect on the surrounding area. The time and disruption of the build could have “alienated some of the neighbours and resulted in a drop in house prices nearby”, estate agent Paul commented.

The property’s extensive 47 rooms and Grade II listing may also be negative for some potential buyers, giving a hotel-feel, and lacks any land for stunning views or further development space. Despite this, the property has still gone up in price by a respectable £1.1m. 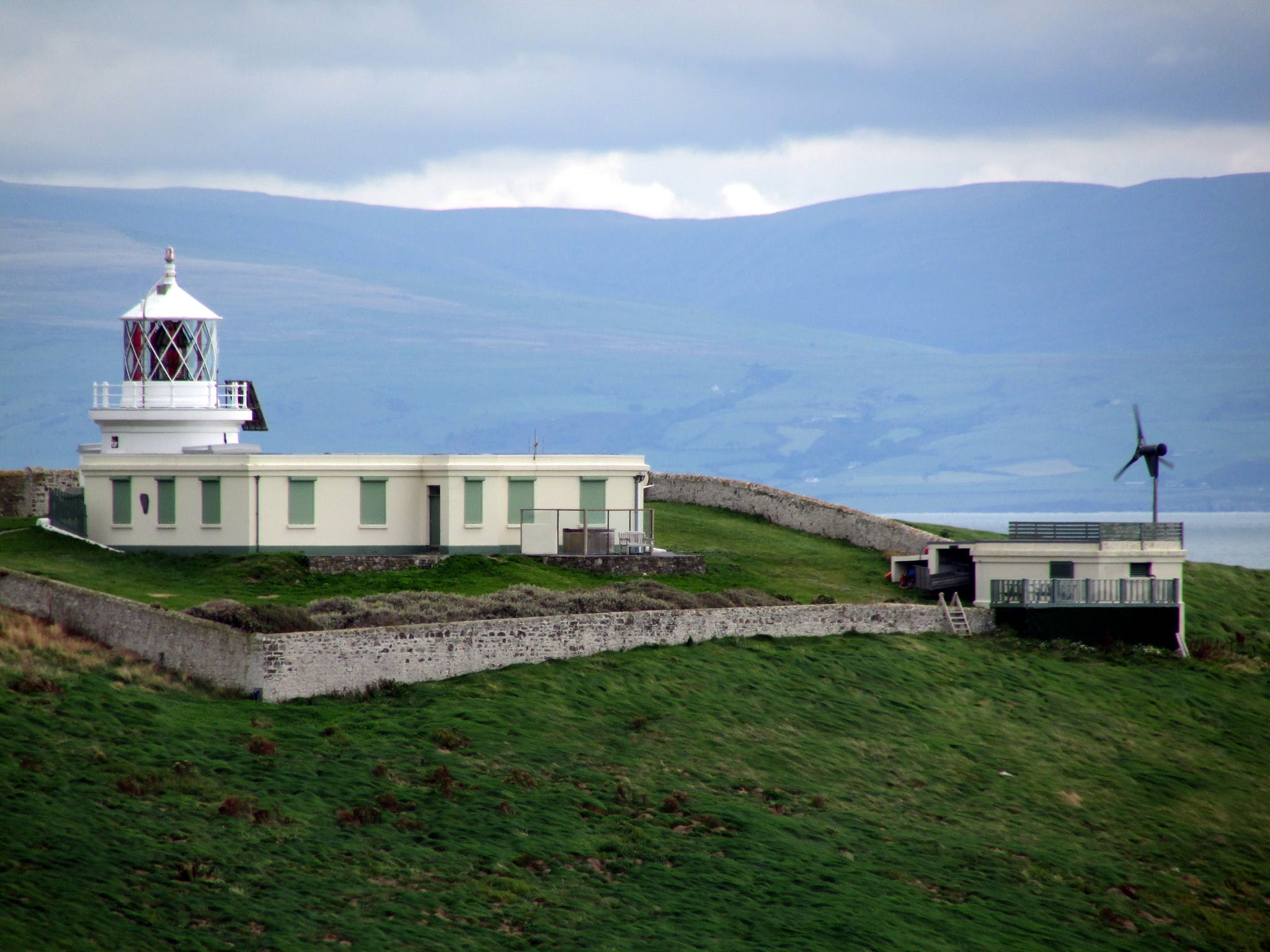 Having your own private island sure does have its appeal, and the price that Bear Grylls paid for his was a steal. Bear purchased the island back in 2001 and for that he got 700m x 200m worth of private land to play with.

With no electricity or running water, life on Bear’s private island allows you to be at one with nature, but he’s also done his bit to make sure that St Tudwal Island West meets his needs. The island is now complete with its own harbour, allowing Bear, his family and guests to travel to and from the island by speedboat.

Bear hit the headlines in 2013 when he installed an 80ft metal slip-slide on the island’s cliffs, allowing thrillseekers to slide right off the island and into the sea. It caused controversy with the local council and was later removed - Bear promised he would ask for council permission before using it again.

With an island like Bear’s, there’s plenty of scope to do your own thing and make profit - and Bear hasn’t got off to a bad start, with the island being worth 58% more than when he originally purchased it.

How to finance your renovations

If you are considering unlocking money from your property to add an extension or even an underground swimming pool, check out our best remortgage deals as an option for financing renovation work. Stacey Solomon and Joe Swash's Essex pad has undergone many transformations since they purchased the property in 2018. Often sharing her home improvement hacks with her 3 million Instagram followers, Solomon has completed a kitchen conversion, installed a pink utility room and landscaped the garden complete with a fire pit. Stacey notably does much of her DIY herself, but the home improvement hacks she's now so famous for have had a serious effect on her property value.

Our estate agent expert, Paul Gibbens from Housebuyers4u stated that a kitchen is one of the most worthwhile improvements to make to increase the value of the home, which can increase from 5% to 15%. Solomon's newly landscaped garden complete with firepit would also add additional value to their home, providing a tidy return on investment for the approximate £33,500 she has spent on her renovations. After spending an approximate £55k on renovations, including a pink marble bathroom and walk-in wardrobe, it's clear that TOWIE star Jess has increased the value of her Essex home. After purchasing the property for around £1.25 million, it's thought these additions could add anywhere between 4-8% of the value, meaning it's likely Jess's house is now worth around £1.3 million - £1.5 million.

This means Jess is likely to have only broken even on her renovations, with our estate agent adding that the bathroom renovation is  probably the biggest influence on the house value. 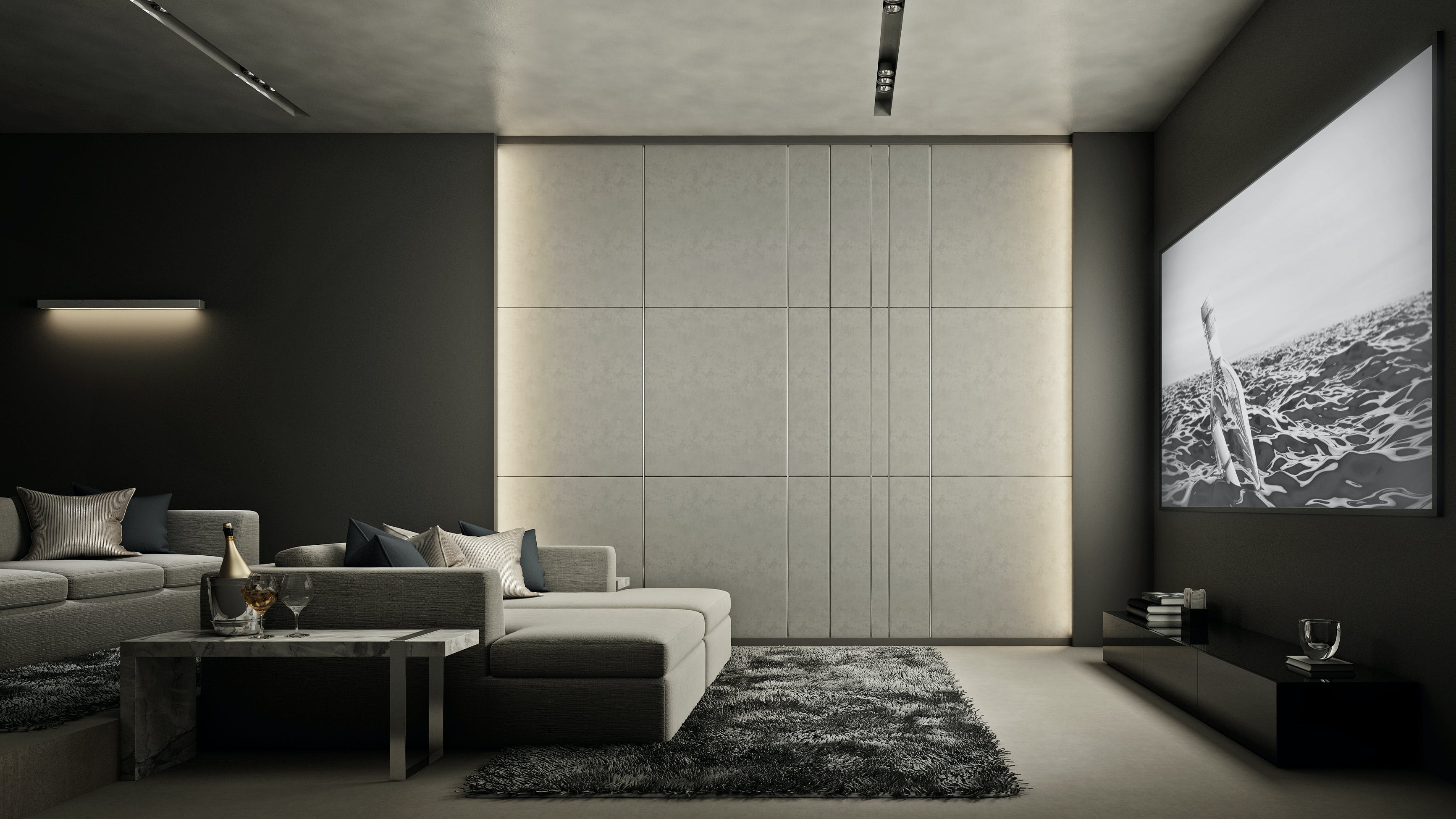 With nearly 600k followers on her home renovation Instagram, @thebowenhome - Olivia Bowen has made some serious changes to her Essex pad, including a brand new kitchen, games room and hot tub installation.

It's estimated she'll have spent anywhere between £130,000 - £150,000 on these renovations. The couple bought the five-bedroom property for a reported £1million, but it's clear the house value would be far greater than this now. Kitchens are usually one of the highest value additions to a property, but other features such as a games room and gym don't add as much value to a property as one may expect. In total, all the features could easily add between 15-20% onto the value, meaning Olivia may have increased her house price by a whopping £200,000. Another TOWIE star turned home improvement influencer, Billie Faiers renovations have really maximised the value on her Brentwood home. Including a new kitchen, two extensions and a home gym she’s spent an approximate £223,800 on improvements. Whilst Lydia's renovations seem stylish and chic, her loft conversion and new en-suite bathroom pale into comparison with some of the grander renovations done by fellow celebrities. Thought to be a neighbour to Stacey Solomon and Joe Swash, a rough estimate of her property stands at around £650 - 700,000. After spending around £72,400 on her loft conversion and bathroom renovations, it's thought this extra space could add around 20-25% to her value, anywhere between £140,000 - £175,000.

Documenting her renovation journey @lydiabrightshome, her 150,000 followers have loved the way she’s transformed her chic Essex pad. Whilst Lydia may not have completed as much work on her property as other home improvement influencers, her savvy choices have meant she’s added a quarter of the property value onto her Essex home.

After choosing ten celebrities to focus on, we analysed what amendments they had made to their properties and if those changes had increased or decreased the properties’ value. We calculated these figures by estimating the price of the renovation based on similar constructions, then referenced the original sale price of the property as mentioned in the press. We then worked with an independent estate agent Paul from (Housebuyers4u) to work out the value of the properties now to show the difference.