Saving our summer of (no) sports

As lockdown has taken away a lot of our favourite pastimes, a prominent one that comes up time and time again is sports. Whether we’re at the event itself, pitched up in a pub with our mates or hosting our friends for some rival wisecracks, one thing we can pretty much all agree on is that this has really not been the summer of sports a lot of us were hoping for.
Share this guide 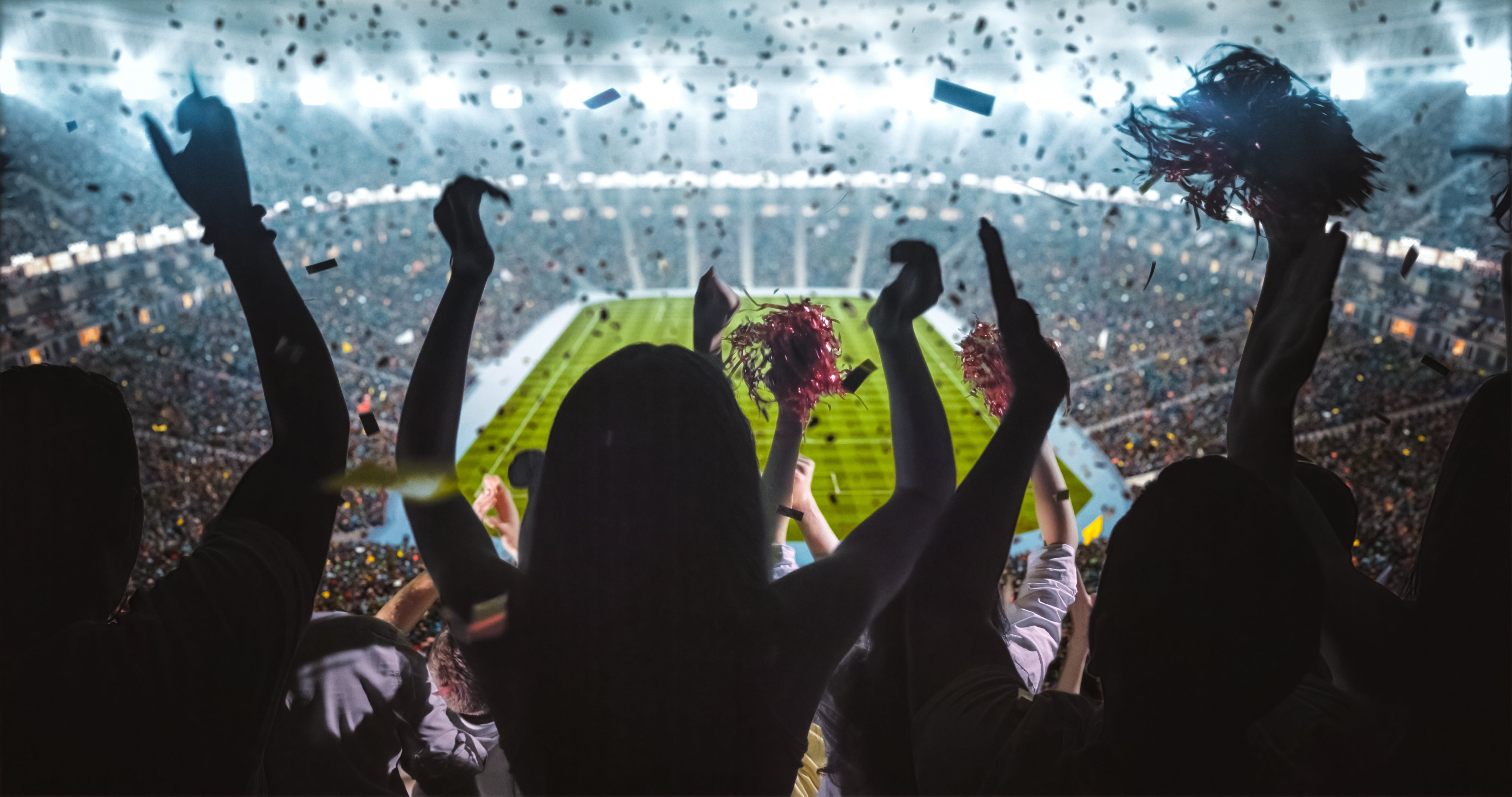 The sports industry is set to lose a whopping £50 billion at the end of 2020, according to Sports Data Analysts TwoCircles. Even with certain sports events starting back up again behind closed doors and for online viewing only, this is still a huge predicted loss, more than initially forecasted.

The nature of sporting events are unity, team play (whether on the pitch or off it) and a great social culture, which the UK has thrived on since anyone can remember. From regional and national football and rugby games to sun filled tennis and cricket matches — and lets not forget a fancy day at the races — Brits are missing their daily dose of watching their favourite teams play. A survey by Opinium showed that 30% of people miss activities related to sports, whether it was playing, watching or exercising in general.

A study conducted by YouGov showed that 52% of Brits are in agreement with the cancellation or postponement of sports, one thing we can all agree on is that 2020 certainly isn’t the year for many things.

Now we’re not travelling to grounds, arenas, stadiums or pitches we are turning to other sources to get our daily fix. Whether you're reading and watching content on sports news sites such as World in Sport, BBC Sports, Sky Sports or Goal, or simply wanting to rewatch your favourite past games, assessing your broadband is a good place to start. In order to capture our beloved sports games, whether they are live behind closed doors or on catch up, broadband speed and secure, stable internet access are both essential to watching and reading all the best content.

Imagine going to stream a match with your pals only to find yours is lagging or buffering! You can use tools which will tell you if you have optimum broadband speed that is suitable for streaming content. Here at money.co.uk, we’ve put together a list of some of the best channels to watch live sport on:

To pull us all out of our sports slump, we decided to put together the top ten sporting moments for the UK’s favourite sports. YouGov data showed that 23% of you would like replays of classic matches to replace what once was live sports on television (during COVID) and 14% of you want to see some more traditional sport competitions, which include the sports listed below.

You asked, we listened. Coming together with some familiar names in the sporting world, we have decided to gain some more insight into what their treasured sporting moments are, and how they think sports might look in the future.

We’re hoping that reflecting on our best-loved moments will not only tie us over for our daily sports fix, but also help us reflect back on some of the most memorable games (whether our favourite teams ended up winning or losing). Based on the total amount of views on YouTube, we have listed the top ten most watched moments for five of the biggest sporting events we’re missing this year. Despite the Premier League having started back up again with fans streaming the game and broadcasters showing matches live on TV, UEFA announced back in March that the Euro 2020 tournament will be postponed by 12 months following lockdown (making it Euro 2021). Focusing on the importance of the wellbeing of their fans, staff and players, it’s definitely one of the most missed sports events across the world.

The political turmoil of the football industry has become especially apparent, hitting headline news over furlough schemes and match cancellations. Football reporter and writer David Byrom explains “Whilst no club has thankfully gone to the wall because of the lockdown, it did not take long for self-interest to shine through — particularly in the lower-leagues. You had some clubs demanding one thing, and others demanding another, and League One's war of words between owners was particularly undignified when played out against the backdrop of a deadly virus.”

The football landscape has changed significantly since lockdown. The amount of football games played in a year, from international all the way to local, regional games have all ceased to exist. David Byrom adds: “I think the myth of the football family has been well and truly shattered.”

Furthermore, he comments what has been missed most: “A sense of community. Going to games, social engagement and catching up with people at matches. Plus the endless debates you can have around the game”.

Below we have listed the top ten moments, with a combined viewing number of over twenty-seven million.; Rugby is a British born and bred sport, originating from Warwickshire in 1823. The Six Nations and Rugby World Cup has been a pinnacle of British patriotism with many fans travelling the world to support England. Rugby is one of the most contact-driven sports out of them all, with players coming together in scrums, rucks and lineout jumps.

Rules, gameplay and structures of Rugby may need to be rethought considerably due to the close-contact nature of the game. Rugby writer and reporter Alan Lorimer believes Rugby could see the abolishment of scrums altogether. “ Even before COVID-19 struck there were concerns that scrums were taking too long and had been seen by some as a way of extracting potentially match-winning penalties.” Additionally, “due to the nature of the sport, Rugby is only likely to return to countries who have abolished any cases of COVID-19 (like New Zealand)."

Surprisingly Twickenham Rugby stadium has not stopped being busy during these challenging times — sadly not for being the ‘Home of England Rugby’ — but it has actually doubled down as a coronavirus testing centre. There are even talks about the stadium re-opening for approved social distanced events, so you never know, we might be able to see our favourite Red and Whites play again soon. Some of our key highlights include: Wimbledon is officially the oldest tennis tournament in the world, and home to the official longest tennis match ever. Sadly this year has been cancelled with no signs of postponement, so we can’t even watch the games at home whilst eating our strawberries and cream and sipping on Pimms. Many local tennis pitches have reopened (at players’ own risk), mainly due to being a low contact sport, meaning many avid tennis players can go and get their sets on once again.

Tennis enthusiast and writer Shahida Jacobs speaks about the negativity that has arisen as a result of lockdown: “lots of squabbling, potentially because of the lack of actual sport that has left people frustrated and they instead focused on the negatives.” This has been apparent in other sports too. Despite Novak Djokovic recent COVID-19 diagnosis, tennis is set out to resume behind closed doors in August with tweaks to the game such as electronic line-calling. Shahida Jacobs expresses that most sports will have to undergo changes post lockdown, so this might be the end of Wimbledon as we know it!

The most popular and most viewed Wimbledon game on Youtube being Roger Federer vs Pete Sampras: Wimbledon fourth round, 2001 with a whopping 4,937,464 views, followed closely by the following others: 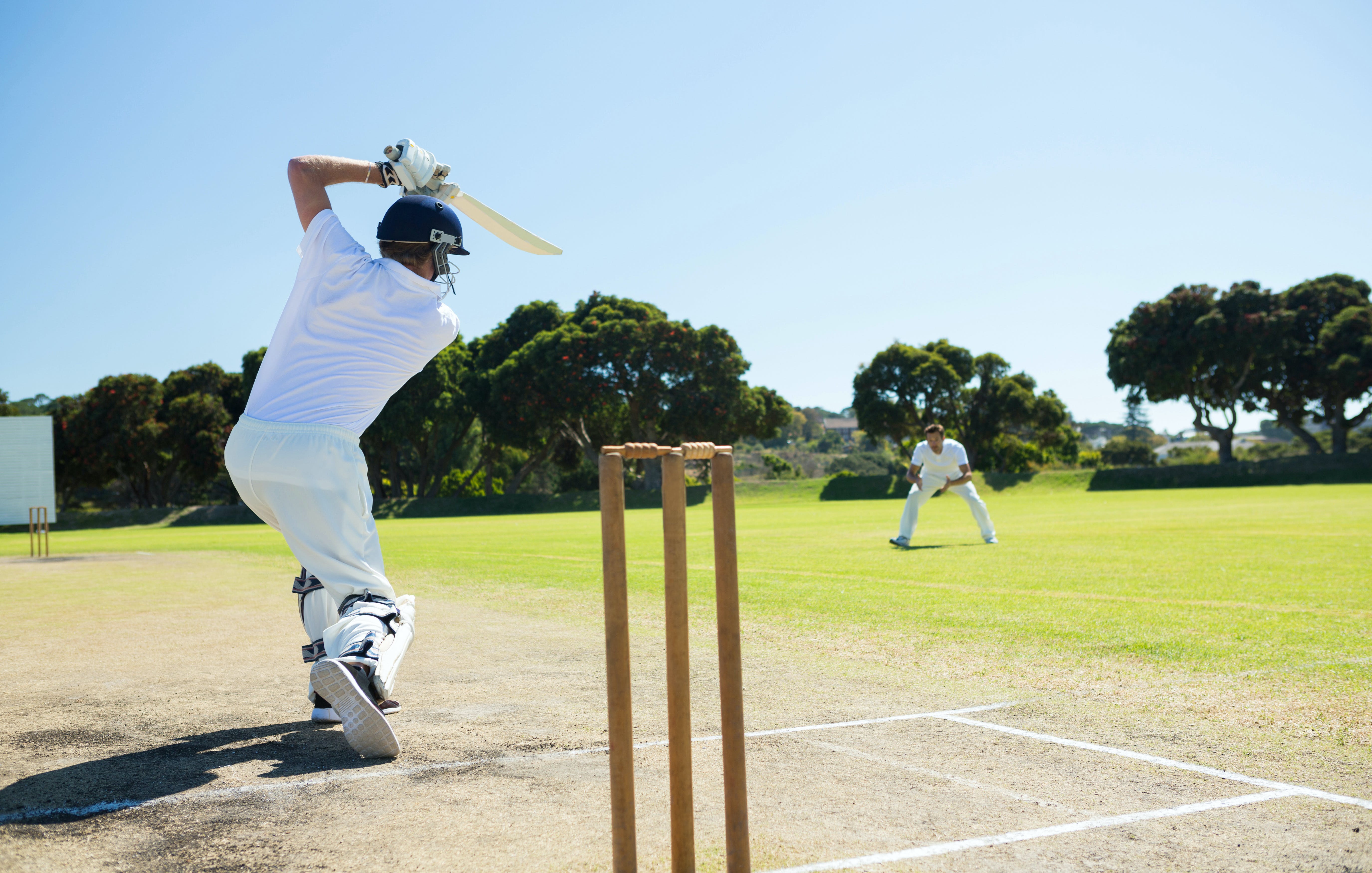 The Cricket World Cup has seen England appear in every edition, being crowned the winners last year, it's safe to say that many hold the sport close to their hearts. Recognised internationally, we can sometimes see the game going on for long stretches of time, the world record being 9 days where England played South Africa back in 1939.

Test Match Cricket highlights are being broadcasted on the BBC from July for the first time ever to compensate for the cancellation of this year's cricket games. We spoke with Derbyshire County English cricketer, Fynn Hudson Prentice, who told us how he thinks lockdown has impacted cricket: “Cricket, especially in the UK, took centre stage and attracted thousands of new fans after England’s World Cup victory last summer. This summer was due to be a big year with the opportunity for added revenue and crowds, which has obviously been halted due to COVID-19.” Fynn also hopes that the sport won’t change too much when it does resume, since it’s naturally a socially distanced played sport anyway.

According to a survey by Socialbakers, the England & Wales Cricket Board is actually one of the leading sporting channels on YouTube. So, despite being a sport that can be hard to follow, it’s safe to say us Brits love a bit of cricket and we certainly are missing it! Here’s some of the top highlights from the Cricket World Cup, ODIs and T20s: Some people might be glad they can’t make it to the Grand Nationals this year, as it’s probably not one of the most bank-account friendly sporting days out. We can’t deny however that it’s a good opportunity to dress up in your finest outfit and get engrossed in the adrenaline and excitement of watching people around you win (or lose) on their favourite horses.

There’s no atmosphere quite like it, and for those of you who make it an annual thing, you’ll have to wait until April 2021 to be able to actually attend the next live event. Until then, we can watch the virtual horse races and of course, take a look at the top ten moments from previous live Grand Nationals to get back in the mood and give you some excitement for what 2021 has in store.

With sports starting to resume behind closed doors and more and more of us watching our favourite moments online, optimum broadband speed is essential to making sure we don't miss each vital minute of every game. To compare broadband deals and cheap broadband providers and deals in your area visit the broadband section of our page.

Follow the hashtag #lifewithoutsports on Twitter to see how people are coping during the Summer of no sports.