Which debts should you pay off first?

If you're juggling several different debts the best thing you can do is to tackle them head-on. But where do you start? We look at whether you should pay off credit card or overdraft first so that it's easier to get on track to becoming debt-free. 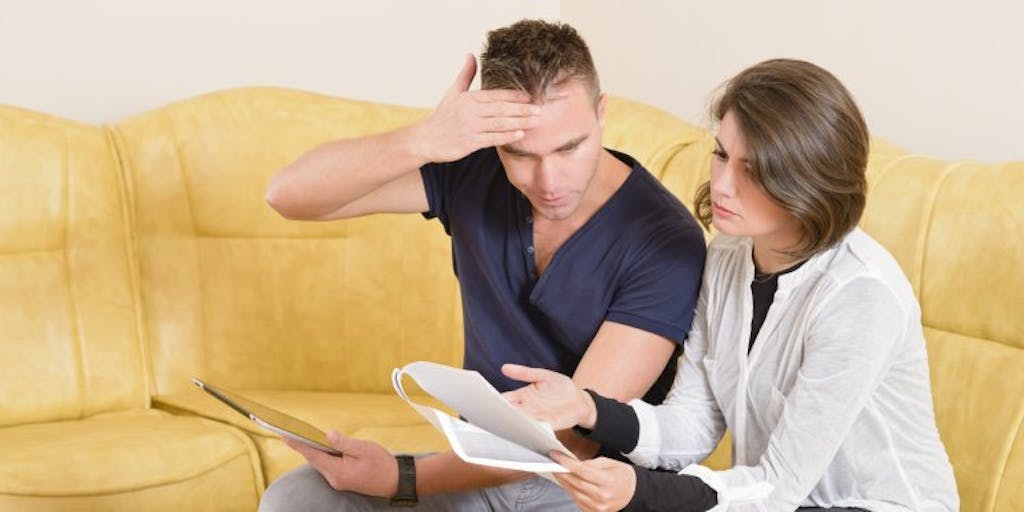 If you owe money to a number of different companies you're certainly not alone — most people have at least some form of debt, whether that's on credit and store cards or in the form of a mortgage, a loan, or an overdraft. Some debts can be cleared relatively quickly while others will have to be spread over several years. So which one should you focus your efforts on first?

Should I pay off credit cards or overdrafts first?

While all your debts are important and will need to be repaid at some point, some have more serious consequences than others if you don't meet usual repayments. If you're struggling to make repayments on all of them, the 'higher-priority' debts are those that you should focus the most on keeping up. However, it is still important to pay what you can on the rest and speak to your lenders and a trustworthy debt advice charity if you're struggling.

Your mortgage should be one of your highest priority debts because your home may be put at risk if you don't keep up repayments. In contrast, if you fail to keep up repayments on a store card the consequences will still be serious, but are less likely to result in you losing your home.

As such any debts you have that are secured on your home (which could be a loan as well as your mortgage) should be given priority over unsecured debts. This doesn't mean that you should focus only on paying off your mortgage while keeping other debts on the back-burner. You will still need to keep up repayments on all debts, but if you're struggling with this, make sure you at least have enough funds to clear your high-priority debts then get help with managing the rest.

Can I make my debts cheaper?

It is possible to move expensive debt to a cheaper home and this is always worth looking at. Your options include transferring high interest credit card, store card and even overdraft debts onto a credit card that offers an interest free or low interest life of balance transfer deal.

This can help you to significantly reduce the amount of interest you're paying on your borrowing, giving you more free cash to put towards clearing the debt itself.

You might also consider moving to a current account with a more competitive overdraft interest rate. Consolidating your debts is another option but this is rarely as straightforward or cost effective as it can first seem.

Which debt should I pay off first?

Wondering what debt to pay off first can be a challenge. Rather than simply paying what you can off all of your debts, it's often more cost effective to focus on clearing your most expensive debt first, simply for the reason that your most expensive debt is costing you the most money. By getting rid of it, you'll have more money freed up to put towards paying off your other less expensive debts until you are debt-free.

You will need to sit down and draw up a list of any outstanding debts you have - credit cards, mortgage, student loan, the lot. If you don't know the rate of interest charged to each of your debts check statements or contact your lender to find out. When you've figured out which debt has the highest APR it's a good idea to put as much spare cash as you can into reducing and finally clearing the balance, making overpayments if it's possible to do this without penalty.

Remember that you will have to keep making payments on all your other debts, but it's worth focusing your spare cash on the most expensive one until it's cleared, then putting your freed up cash towards clearing the next expensive debt and so on until you are debt-free.

What about the size of my debt?

There is a lot to think about when deciding which debt to pay off first. As well as considering how expensive a debt is, i.e. the rate of interest you are paying on it, you should also consider the size of your debt. Some debts may be large with small interest rates, while others can be small with high rates of interest. You might want to pay off some of your smaller debts straight away just to tick them off the list.

For example, if you have debt on a store card to the amount of, say, £150, it's a good idea to simply pay this off in full, stop using the card and cancel the account. Store card interest rates can be notoriously high, often in the region of 30%, so they're really not worth using unless you can pay the balance off in full every month.

By clearing a couple of these smaller debts quickly you can cross those off your list and concentrate on hitting your most costly debts with freed-up cash, while at the same time keeping up minimum repayments on the rest of your debts and keeping in mind those that are highest-priority.

Larger debts aren't always the ones to try and clear first. For example your mortgage, though high-priority as it is a debt secured on your home, is still a long-term debt and so can and should be spread over several years. Similarly, if you are still paying off your student loan this may be a relatively large debt but doesn't necessarily need to come first in your debt plan. This is because student loan debts are likely to be the lowest-cost form of long-term borrowing you'll ever have.

Though there may be some advantages to paying off your student loan early if you are able, most student loans will be either accruing interest at a very low rate because they are linked to the rate of inflation, and so there is no harm in concentrating on other debts first before you begin focusing your energies on paying this off.

What else should I consider?

If you have several debts to pay off it may be better to hold off saving until those debts are cleared. Though putting a bit aside for a rainy day is always a good idea, it's likely that any money you have in savings will be earning interest at a lower rate than that which is being added to your outstanding debts. As such, it can often be more cost-effective to put any spare cash you have towards clearing your debts rather than building up a nest egg.

It is really important to discipline yourself not to borrow any more money once you have started clearing your debts, or all your hard work will be lost. Also remember that while it's a good idea to identify which of your debts should be top of the paying-off queue and focus on them, don't forget your other debts - you'll still need to keep up minimum repayments on them too, at the very least.

If you are struggling to work out the priority from the non-priority debts, or need help contacting your creditors, contact your nearest Citizens Advice Bureau, who will be able to point you in the direction of free, impartial and confidential financial advice.

There is no 'one size fits all' answer to whether to pay off credit cards or overdrafts first — it all comes down to your individual circumstances and what sort of debts you have. If you're struggling with meeting repayments, high-priority debts such as your mortgage should be focused on first and foremost. Otherwise, it's up to you to decide whether to pay off the most expensive or the smallest debt first depending on which strategy you think will work for you.

Just remember that whichever strategy you adopt you can still make sure you're getting the best deal possible on your debts by transferring and switching if necessary, so that ultimately you're not paying a penny more than you have to for your borrowing.