Fact Checked
A current account for your charity, community group or voluntary organisation can offer a safe home for donations. Here is how to manage your charity's money and pay its bills.
Share this guide 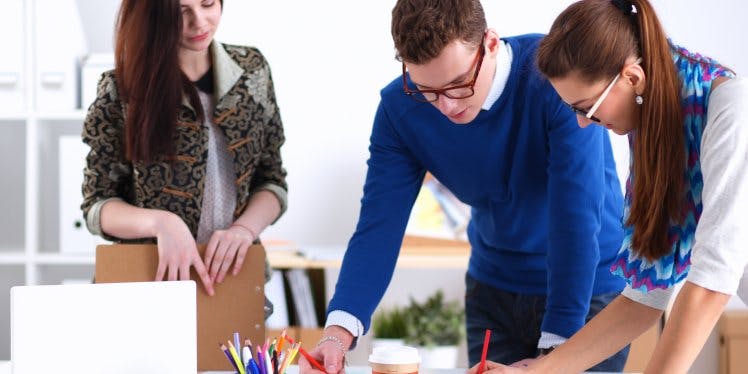 Many banks and building societies offer bank accounts that are specifically designed for charities and community groups. Benefits can include zero or reduced banking fees, an overdraft, interest on balances and complementary presentation cheques. We explain how they work.

What are charity bank accounts?

Charity bank accounts are offered by many banks and building societies. They work in a similar way to normal bank accounts but you can open them in the name of a charity or other organisation.

This means if you look after a charity's money, you can keep it separate from your own finances.

Banks limit the types of organisations that can apply for charity accounts, but you can usually open one for:

There may also be limits on how many employees your charity can have or a maximum annual turnover.

For example, a bank may only offer an account if your charity employs less than 50 people and has a turnover of less than £5 million.

What features do charity accounts offer?

You can get most of the features that come with a standard personal bank account with a charity account. You may be able to:

What protection is there on charity accounts?

What interest and fees do charity accounts charge?

Some charity bank accounts come with a monthly charge of around £5, but with others there’s no fee as long as you have a high enough balance.

You may be charged a fee for certain banking transactions such as paying in a cheque or paying a direct debit. However, some banks offer reduced charges for charity accounts and some transactions may be completely free of charge.

If your account offers an overdraft, note that under new rules introduced in April 2020, banks can no longer charge daily or monthly fees for using an overdraft. Instead, you can only be charged a single overdraft interest rate and the same rate must apply to both arranged and unarranged overdrafts – rates can no longer be higher for unauthorised overdrafts.

Here is how charges and fees work on bank accounts

Many charity accounts won’t pay interest on credit balances, but some do, so it pays to shop around.

If your charity holds a large amount of cash and you want to earn interest, check if the account you’re considering pays more in interest than you’ll pay in monthly fees. If it doesn’t, a free current account that pays no interest could save you money.

You may be able to get a better interest rate from a separate charity savings account.

You could deposit money the charity plans to keep for a long period in a savings account and use a current account for everyday incoming and outgoing transactions.

Charities do not have to pay tax on most of their income. When they do pay tax, it is at a lower rate than individuals or businesses.

You can get the interest on your charity account tax-free by showing your bank a letter of recognition from HM Revenue & Customs, which proves that you are a registered charity.

You can claim back any tax charged in error. Here is how to reclaim it and what tax charities should pay.

You can also claim an extra 25p for every pound donated to you using Gift Aid. Here is how Gift Aid works and how to claim it back online.

You can open a charity account in the same way as most other bank accounts from banks and building societies. Some small business bank accounts can also be opened by charities.

When you’re comparing accounts, look for one that:

You will also need to decide who has authority to run the account, make withdrawals or sign into internet banking. You can decide:

What documents you need to provide

You usually need to provide at least one of the following documents to open a charity bank account:

You may also need to prove the identity of each signatory with:

It may be easiest to take the documents required into a branch so you can get them back immediately and to avoid the risk of them being lost in the post.

Note that once you have opened your charity account, it is worth reviewing it every so often to ensure that it still meets your charity’s needs. If it doesn’t, take the time to switch to a better account.