Which city is charging the most tourist tax? By investigating the rates of tourist taxes around the world our experts have revealed the cities which are currently charging visitors the most.
Share this guide

When travelling abroad many cities and countries will charge you just for the pleasure of being there. This is known as a tourist tax. Tourist tax is usually added to your hotel bill and often is not a significantly large amount, but which places charge the most?

Some places charge a flat fee per night, while others charge a % of your hotel bill, so more expensive hotels are charged a greater fee. It should also be noted that not all cities and countries around the world charge tourist taxes.

If you’re worried about costs stacking up on your next trip, be sure to compare credit cards to help you spread the cost.

The cities that charge the highest tourist tax

The city charging the most significant tourist tax is Honolulu, USA. Hawaii charges a 10.25% ‘transient accommodations tax’ and the city of Honolulu recently added a 3% surcharge to this.

Like Honolulu, San Francisco charges a large ‘transient occupancy tax’ (TOT), which is 14% on stays under 30 days.

Another Californian city comes in third, meaning that each of the top three most expensive cities to be a tourist in are located in the US.

In fifth is yet another American city, Orlando in Florida, which charges a 6% ‘sales and resort tax’.

The European cities that charge the highest tourist tax

The European city charging tourists the highest tourist tax is, unsurprisingly, the capital of the Netherlands, Amsterdam.

Charging £68.11 (€79.18) per tourist for a seven-night stay in the city means the Netherlands will be raking in tax from tourists throughout each year.

The runner-up in Europe, Brussels, charges tourists a flat rate on hotels of €7.50, equating to around £6.48.

For a seven-night stay, tourists will be asked to pay €52.50, or £45.33, for the experience. This flat rate also varies slightly depending on the hotel’s star rating.

Berlin ranks third in the EU for the highest tourist tax, charging tourists a 5% tax on their hotel stays. With the average cost of a hotel standing at £83, expect to pay about £4.15 (€4.83) a night in tax.

Coming in fourth for highest tourist tax in the EU is Florence, Italy, which charges tourists a flat rate of €4.50 for a one-night stay in a hotel, costing you around €31.50 (£27.20) for a seven-night stay.

The flat rate varies depending on the standard of hotel you book, so expect to pay more in tax for a 5-star hotel than a 3-star.

Mexico charges the largest flat rate to tourists for the pleasure of entering the country. Every passenger aged 5 and over will need to pay a tourist tax, costing 224 Mexican pesos (around £9.15), before they depart Mexico from Cancún Airport.

Thailand charges a 300 baht (about £7.02) fee to tourists visiting the country. Thailand claims this fee is to develop attractions and cover accident insurance for any foreign visitors unable to pay costs themselves.

Belgium’s tourist tax is applied to the room at a flat rate, rather than a percentage as often seen in the States. The tax is €7.50 (£6.48) per room per night. It can be included in the room rate, or separated and added as a supplemental charge, so be sure to check your bill carefully.

Japan charges a flat rate of JPY 1,000 for every overseas departure, which equates to around £6.03. This tax covers any international tourists departing the country by either plane or ship.

Italy’s estimate is based on the flat rate charged for overnight stays in any 3-star hotel, which is a standard €4.50 (£3.89). This flat rate changes depending on the star rating of each hotel, so expect to pay more if you are booking 5-star accommodation.

How to budget for tourist tax

1. Research the costs before you leave

Researching any extra costs, such as tourist taxes and visas, and how much these are going to cost you means you can factor these costs into your budget.

Set a limit on what you want to spend on your trip and then remove the tourist tax. From what remains, you can calculate a daily budget for your holiday.

3. Consider destinations that do not charge tourist tax

There are fantastic options for holidays to countries that charge no tourist tax, including Australia, China, Singapore, Sweden and Denmark, to name a few. Visiting Scotland or Ireland, or England will also mean you don’t need to spend extra on tourist tax. There are plans for a tourist tax in Wales and parts or Northern Ireland in the future, but none currently.

How to save money while on holiday

Holidays are often expensive, with flights and accommodation eating into your budget the most. But with extra or unexpected charges such as tourist taxes, you can end up spending more than you had budgeted for. Here are some ideas for how to save money when on holiday.

Eating at local restaurants is a great way to save money while on holiday. Restaurants located in popular tourist hotspots will often increase their prices due to increased demand. Venture out and look for restaurants outside these hotspots, as prices will often be much cheaper.

2. Plan your own sightseeing

While tour companies can save you some hassle, you could save on the commission or fees they charge if you take the time to plan your trip yourself. Planning your own excursions can often be much more rewarding, as you’re not restricted to certain times and can easily explore off the beaten track.

3. Buy your travel money in advance

In order to get the most out of your money, it is recommended that you exchange your money in advance. Taking out foreign currency at the airport is often more costly, as exchange rates tend to be much less favourable. Whilst if you are considering getting cash out abroad, be aware of high ATM fees.

Watching exchange rates in the months before your holiday can also be a useful way to get more for your money, as you can purchase your travel money when the exchange rate is high.

If the drinking water is safe to drink in the country you are visiting, taking a refillable water bottle is a great way to save money day to day. Fill up at your accommodation before you leave and then refill throughout the day, as most major cities offer free water refills throughout the city centre.

A great way to save money while on holiday is to claim a tax refund at the airport for high price items before you leave. Make sure you keep all of your receipts and present them at the airport before departure. There should be a designated counter for tax-free refunds.

While the exact nature of tourist taxes varies from one destination to another, they’re usually legally enforceable.

This means that hotels simply won’t let you stay there if you don’t pay the tourist tax, as they will be liable if you don’t.

However, a lot of the time you likely won’t even be conscious of the fact that you are paying a tourist tax. This is because they’re usually simply incorporated into your hotel bill.

In fact, it’s probably best not to think of it as a ‘tax’ but more as an additional fee being imposed by the hotel.

So the simple answer is that if you don’t pay the tourist tax, you won’t be allowed to stay!

At least 40 countries around the world now charge some form of tourist tax. The EU is expected to introduce a €7 entry fee in May 2023 as part of the new European Travel Information and Authorisation System (ETIAS).

This will apply to travellers aged 18 to 70 and you’ll have to apply for it online before you travel.

The UK, including England, Wales, and Scotland, most notably do not charge tourist taxes. While some politicians are pushing for such taxes in areas such as London, no official taxes have been implemented yet. The USA also doesn’t implement a specific tourist tax, but rather uses an occupancy tax, which charges natives and tourists alike for the privilege of renting a hotel or accommodation. These are not nationwide either but are administered at the local level.

The reason for tourist taxes is so that cities and locations, usually those which attract large numbers of tourists, can use this additional income to pay for the upkeep of these cities. Influxes of tourists will see increased demand for public services, such as transport, toilets, and general upkeep. Tourist taxes are put in place so cities can maintain their attraction and beauty for tourists over time and, of course, local residents.

The nature of tourist taxes varies significantly from place to place. For example, there are a number of types of tourist taxes including per diem tax, which targets only foreign visitors, and arrival and departure taxes, again only targeting travellers entering or leaving a country. Hotel taxes and restaurant taxes can be charged to locals in addition to tourists, such as the USA’s occupancy tax.

Visit our travel hub to find all our best deals on travel products and guides to getting as much holiday for your money as possible.

Choosing where to go on holiday is often influenced by weather, cost, food, safety and more! Check out our guides below to help you decide on your next holiday destination. 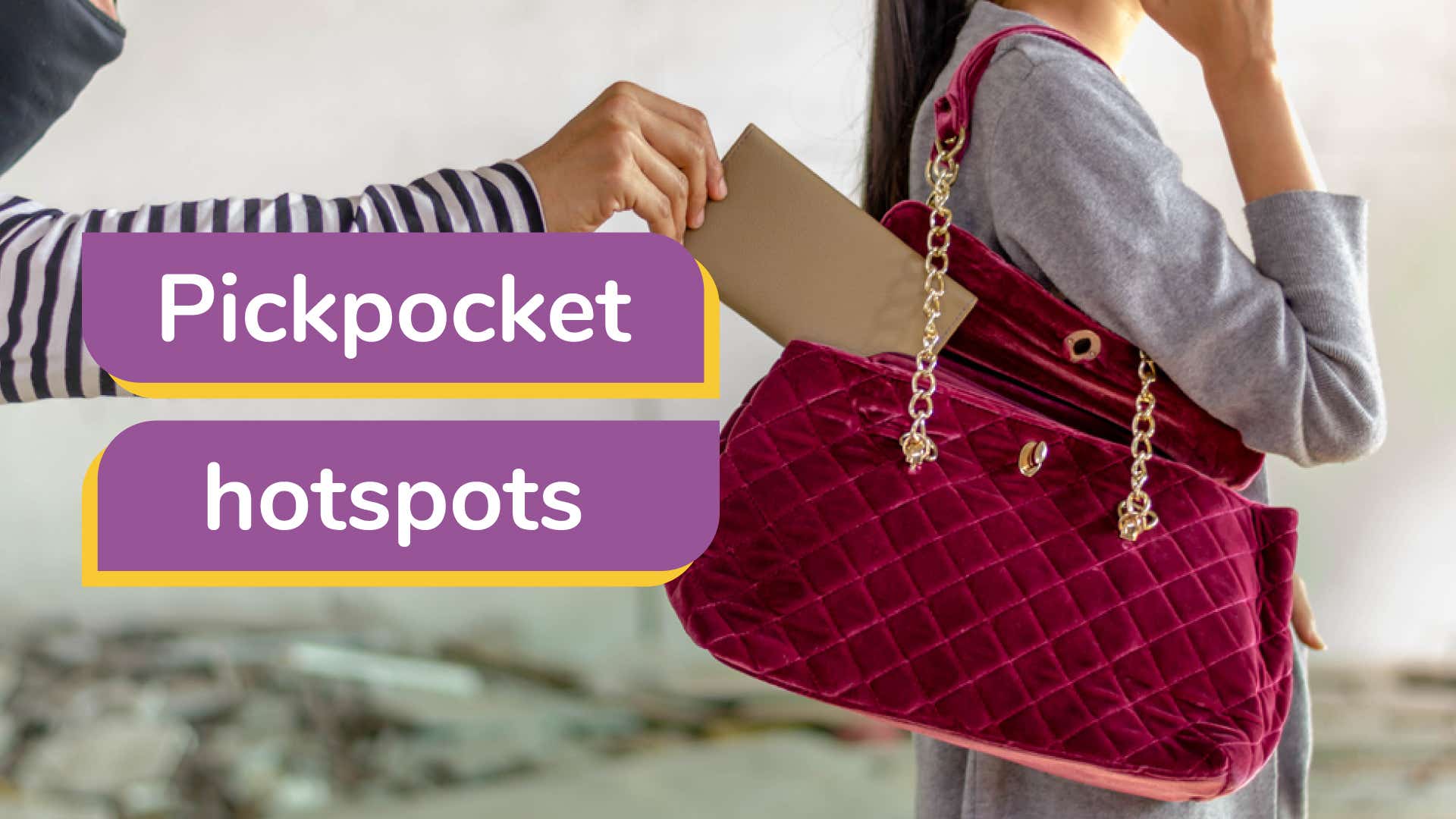 When travelling abroad, it’s important to be switched on to the threat of pickpockets, but which cities do tourists say have the most pickpockets? 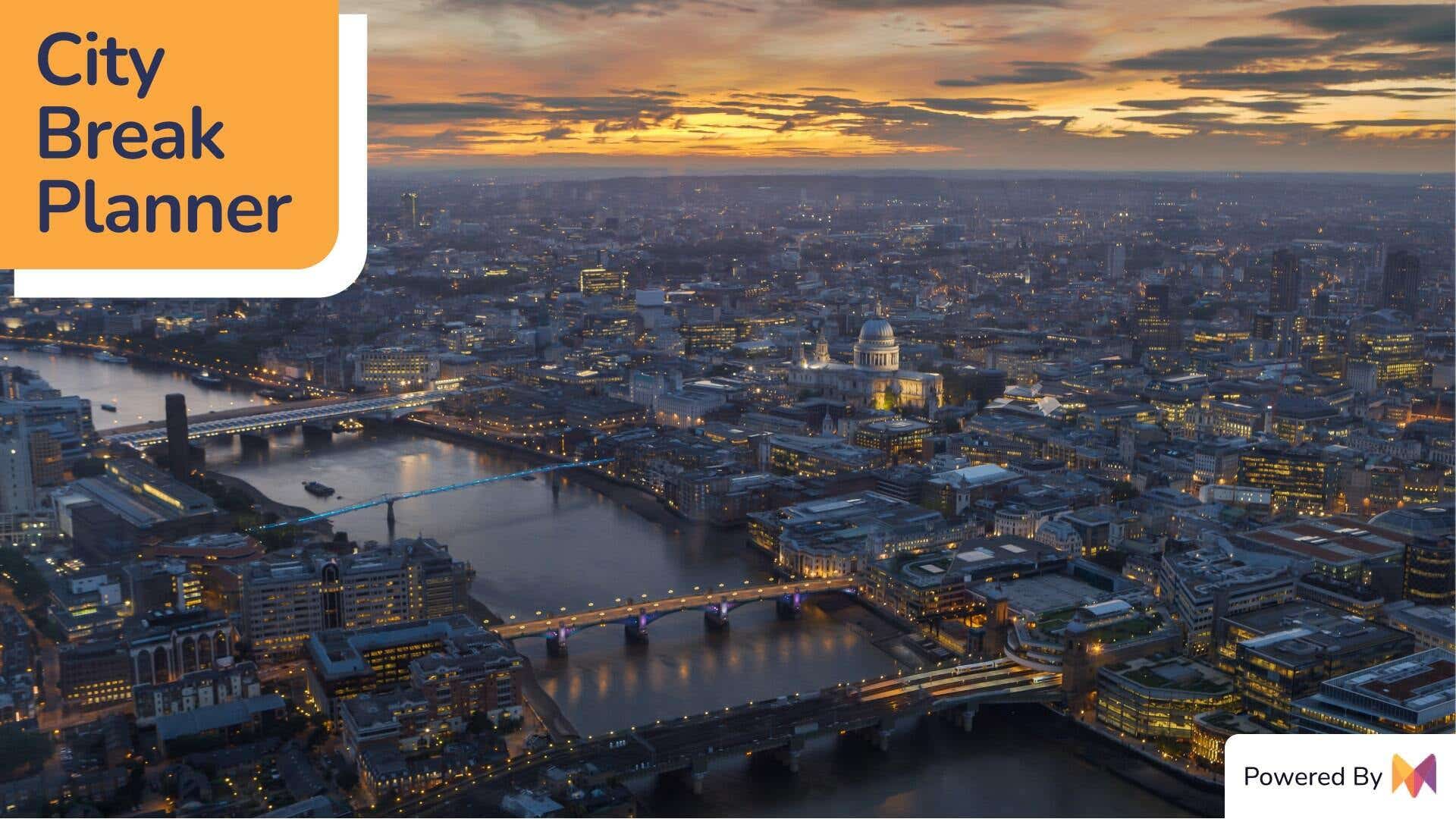 Planning a holiday with guaranteed sunshine

Exploring the amazing cities of the world is one of life’s great pleasures. So there's always a good excuse for planning a holiday in the city; whether it’s for a romantic getaway, to spend more time with friends and family, or simply by yourself for some mindful me-time, making sure you have a holiday plan is vital. 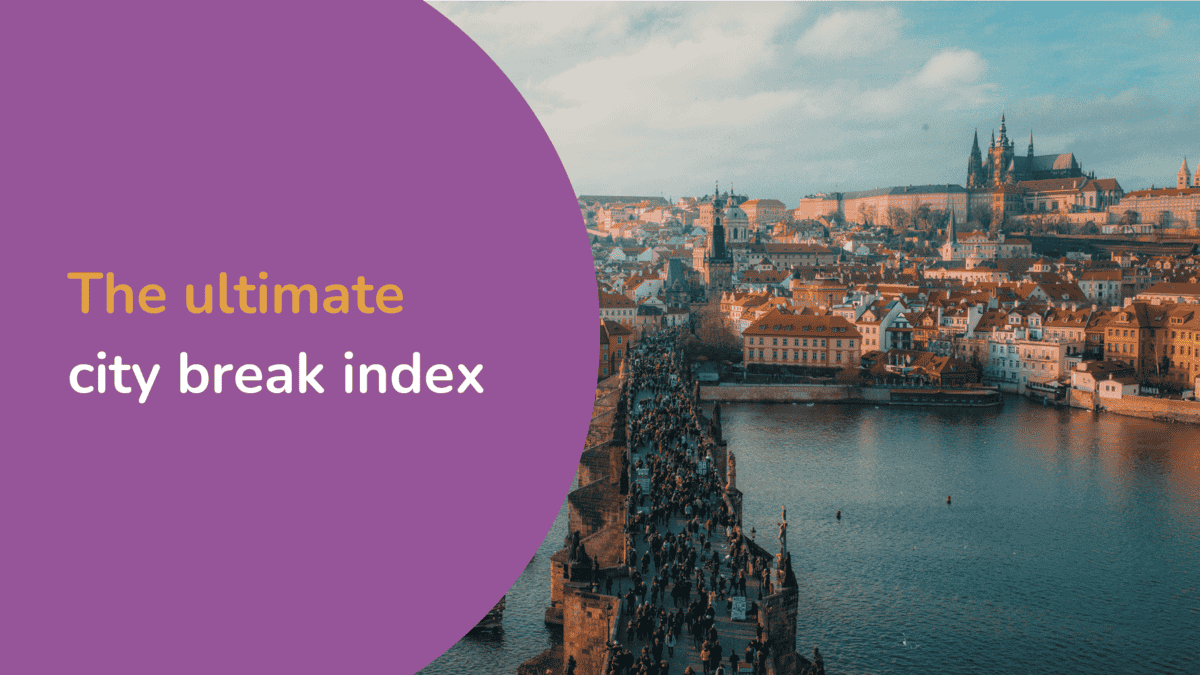 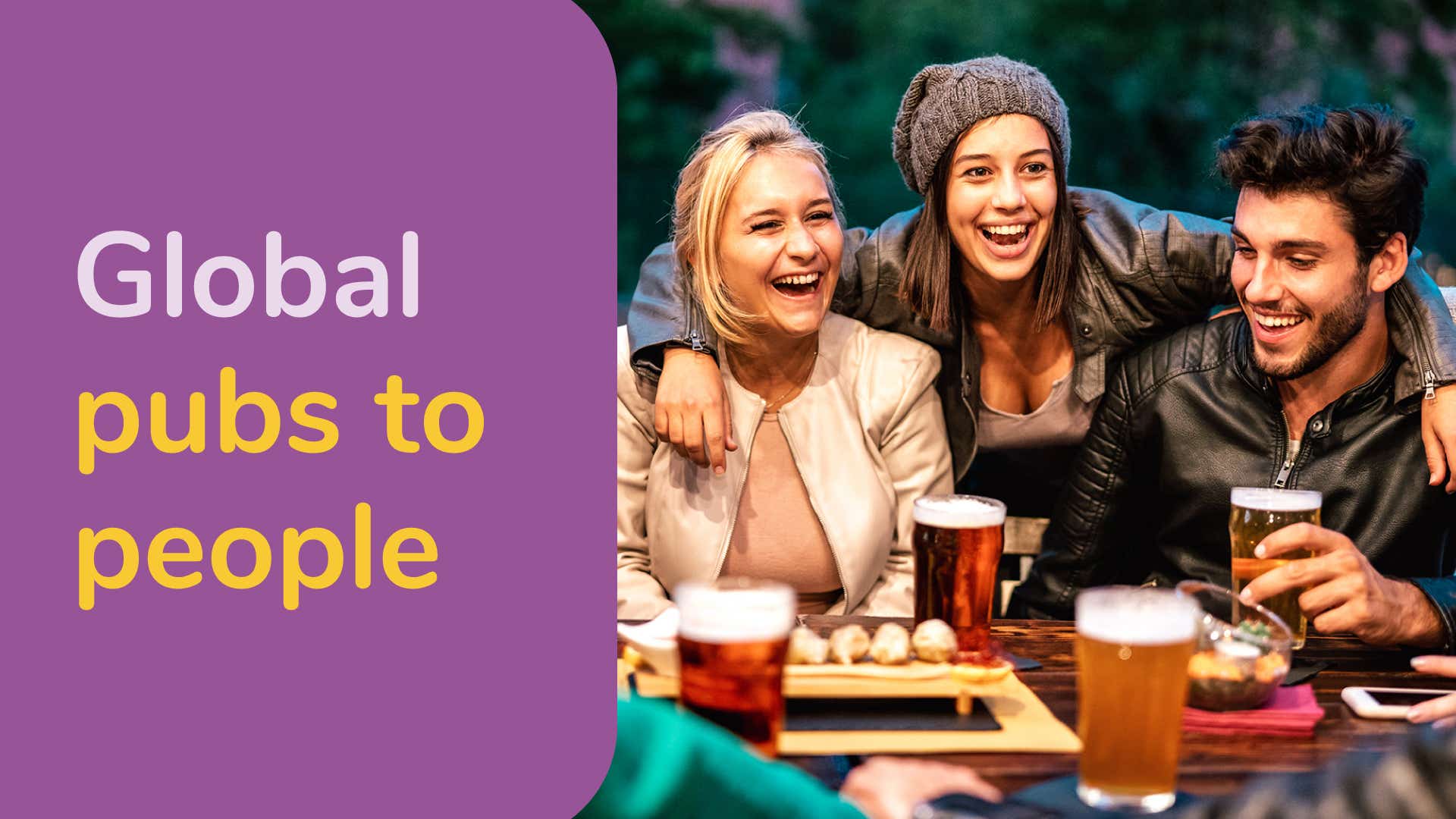 Here in the UK, the argument over which town has the best selection of pubs has raged for centuries, but who can claim the honour on a global scale? 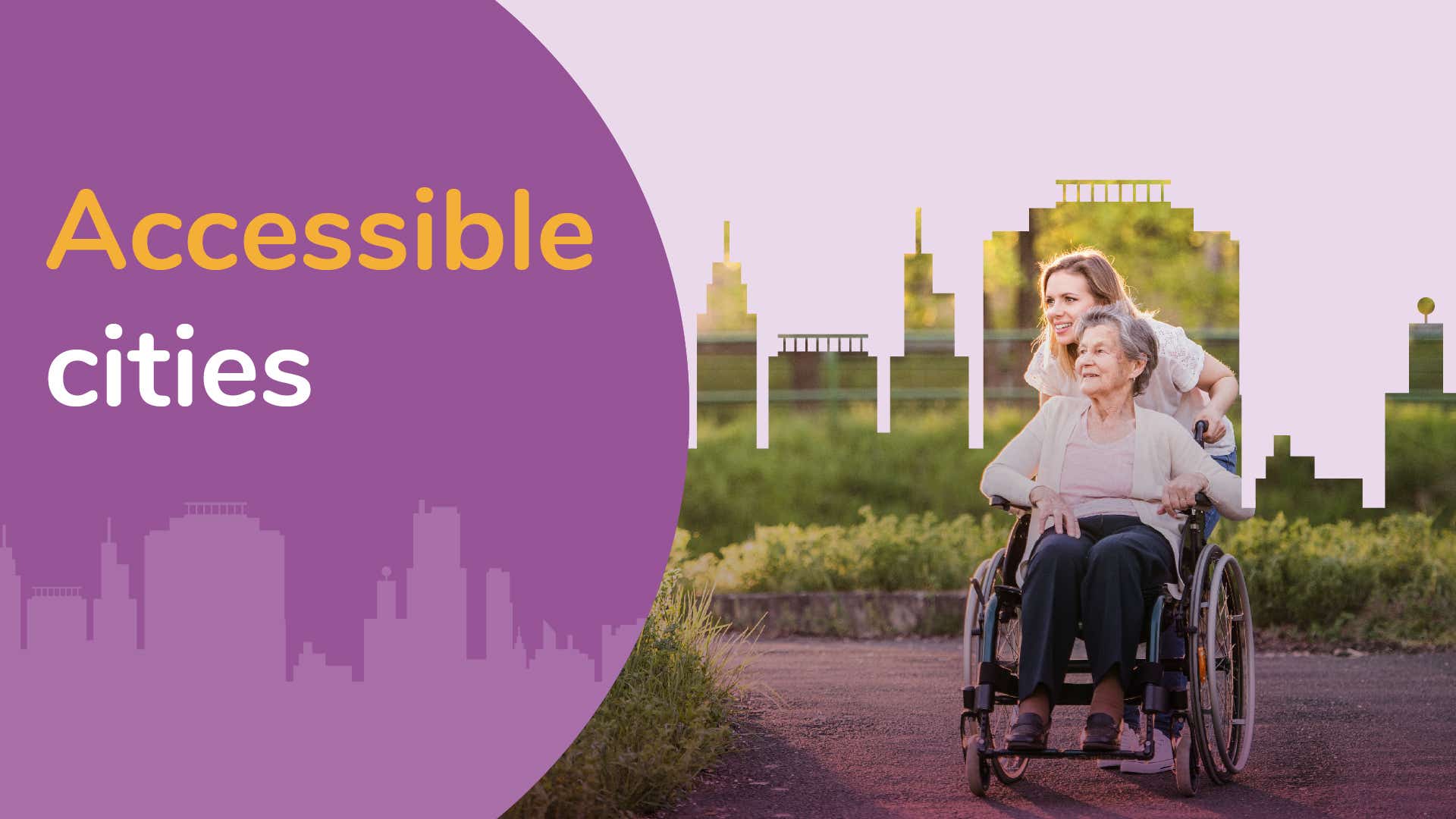 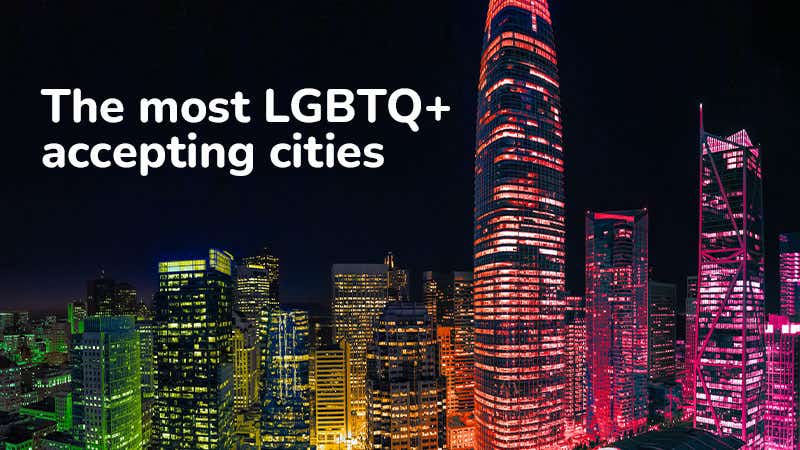 A list of the most visited cities was taken from Euromonitor. From this, cities were investigated as to whether they charged tourist taxes using government websites and news articles. A full list of sources can be found here.

All currencies converted as of June 30th 2020 using XE. The estimated cost of a three-night stay was calculated by multiplying the estimated nightly tax rate by three.