Luxury on a budget

When it comes to experiencing the finer things in life whilst on holiday, you might think it's super expensive however there are some real gems when it comes to affordable luxury travel.
Share this guide

If you are looking for affordable luxury holidays, you may be surprised to see that not all destinations cost quite so much when it comes to enjoying the lux lifestyle.

Here’s a look at where will cost you the least when it comes to affordable luxury travel in some of the world’s most popular cities.

If you want to add some luxury to your next break, but need to save up first, you may want to compare personal loans. 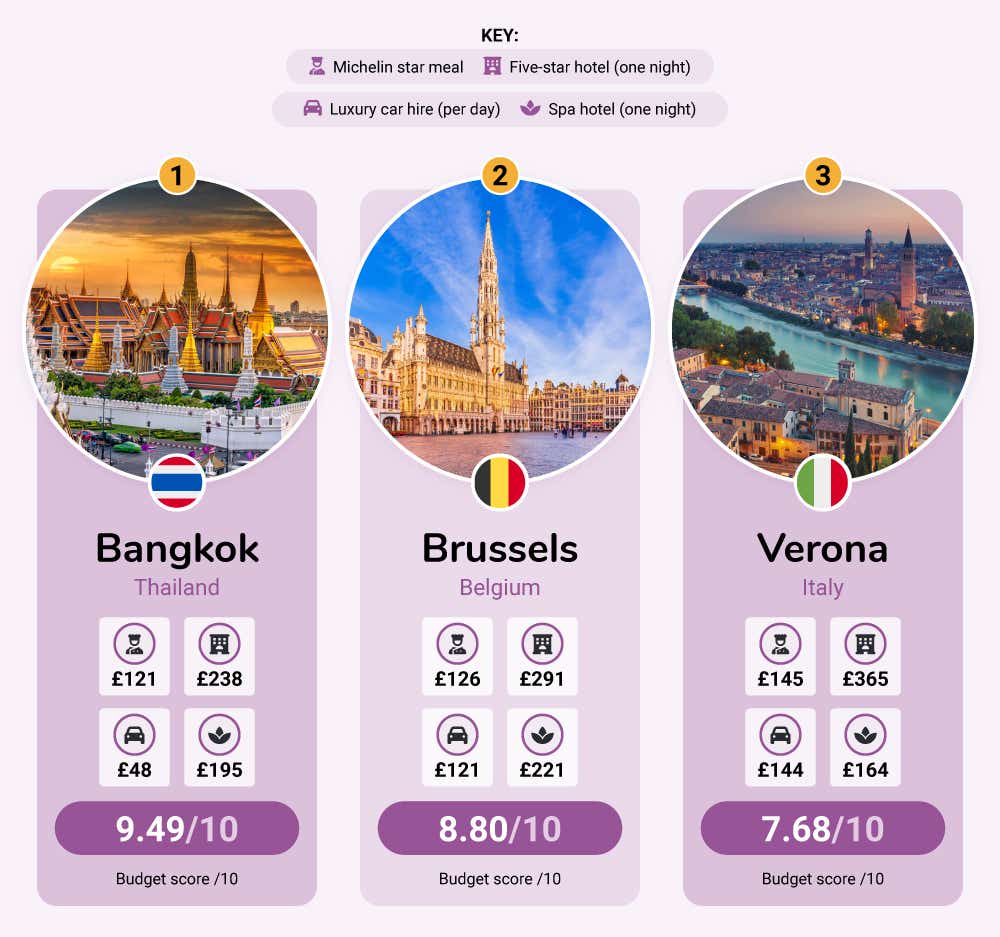 The city which has the most affordable luxury travel is Thailand’s capital, Bangkok. Bangkok was the cheapest city for luxury car hire, as well as amongst the cheapest for the other three factors!

In second place for luxury on a budget is Brussels, Belgium. Brussels was affordable across the board, particularly when it comes to the cost of a five-star hotel (£291) and luxury car hire (£121).

Brussels is the most affordable European destination among these cities and is known for its chocolate, beer, and museums.

We found that Verona, Italy is the third cheapest-destination for taking a luxury holiday.

Verona has the second cheapest luxury holidays, with an average cost for booking a spa hotel, at just £164 a night. The city is perhaps best known as the setting of Shakespeare’s “Romeo and Juliet”, as well as its mediaeval old town and the huge Verona Arena.

The most affordable city for Michelin star dining

Looking at the average cost of a set menu meal for dinner at each two and three-starred Michelin restaurant, it’s Athens that comes out as the cheapest.

Athens is only home to one two-starred restaurant, however, this establishment, Spondi, charges just €100 (£83) for a two-course meal, giving you a great option if you are looking for an affordable luxury experience.

On top of this, there are a further five one-star restaurants and three awarded the Bib Gourmand award.

The most affordable city for five-star accommodation

Perhaps something of a surprise, Hong Kong offers the most affordable luxury experience for hotel stays, with the cheapest rate for a nightly five-star hotel at properties listed on Booking.com at £234.

While the cost of living is generally high for those living in Hong Kong, it seems that for luxury travellers, the opposite is true!

The most affordable city for luxury car hire

If you’re going to be hiring a car to get around throughout your visit, why not do it in style?

If you want to upgrade your hire car to a more luxurious model, you’ll usually have to pay a hefty premium. However, that’s not the case in Bangkok, where you are able to experience luxury on a budget with a model such as a Mercedes-Benz, costing you just £48 a day.

The most affordable city for a spa break

A spa break is the ultimate luxury activity, allowing you to relax and forget about the worries of life back home.

The most affordable luxury destination when it comes to booking a spa hotel is Osaka, with an average nightly rate of just £143 per hour.

Travelling in luxury is a special experience, but there’s a reason that they’re such once in a lifetime trips, and that’s the cost. Luxury holidays aren’t cheap, and you’ll probably expect to pay tens of thousands of pounds for the entire trip. This could potentially run into the tens of thousands for real bucket list experiences.

If you’re planning a luxury holiday of your own, then where you go is, of course, entirely up to you. However, some of the best locations to experience luxury surroundings include places such as Dubai, the Caribbean, Bali, the Seychelles, and Thailand.

Luxury holidays may seem out of reach, but there are things you can do to bring the price down a little. Firstly, it goes without saying that you should shop around using comparison websites and setting up price alerts. However, always remember that you might get a better deal by contacting the hotel directly. Also, the more flexible you can be, the better, and flying from an airport slightly further away could be a savvy move. Finally, take advantage of loyalty programmes and rack up points on cheaper visits. You can then use your points to make the cost of a luxury holiday more manageable.

While you don’t want to compromise on such an amazing trip as your honeymoon, stretching your budget can help to make it extra special. Asking your wedding guests to give money towards your honeymoon instead of presents definitely helps to free up some budget. Also, if you’re getting married in the summer then you may want to save your honeymoon until the off-peak season to enjoy cheaper rates.

Enjoying a little holiday luxury can be one of life’s great pleasures but sticking to your budget is the best way to ensure you avoid the holiday blues. Explore more in our guides here: 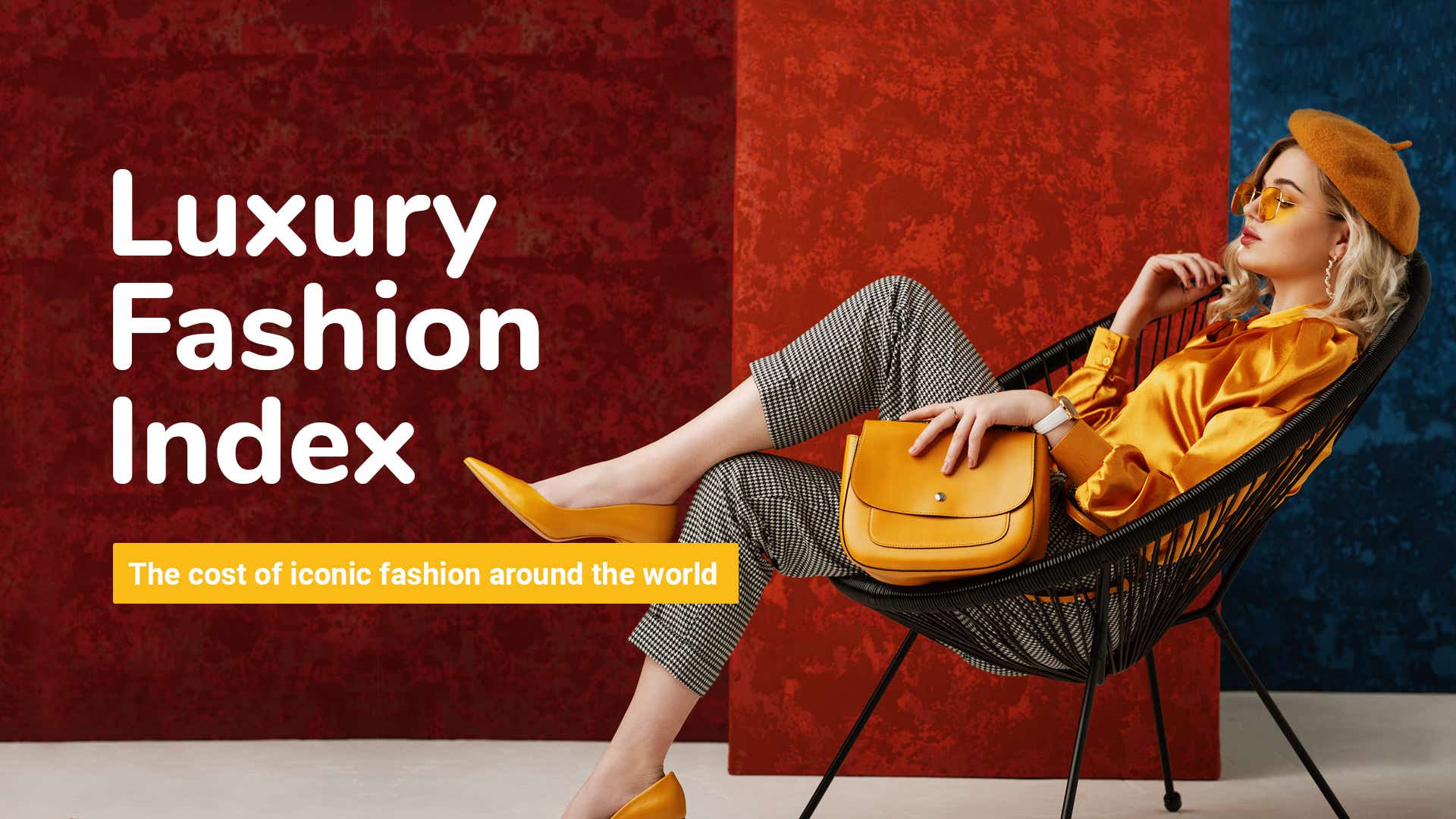 We delve into the world of luxury goods to discover the cost of iconic fashion around the world. 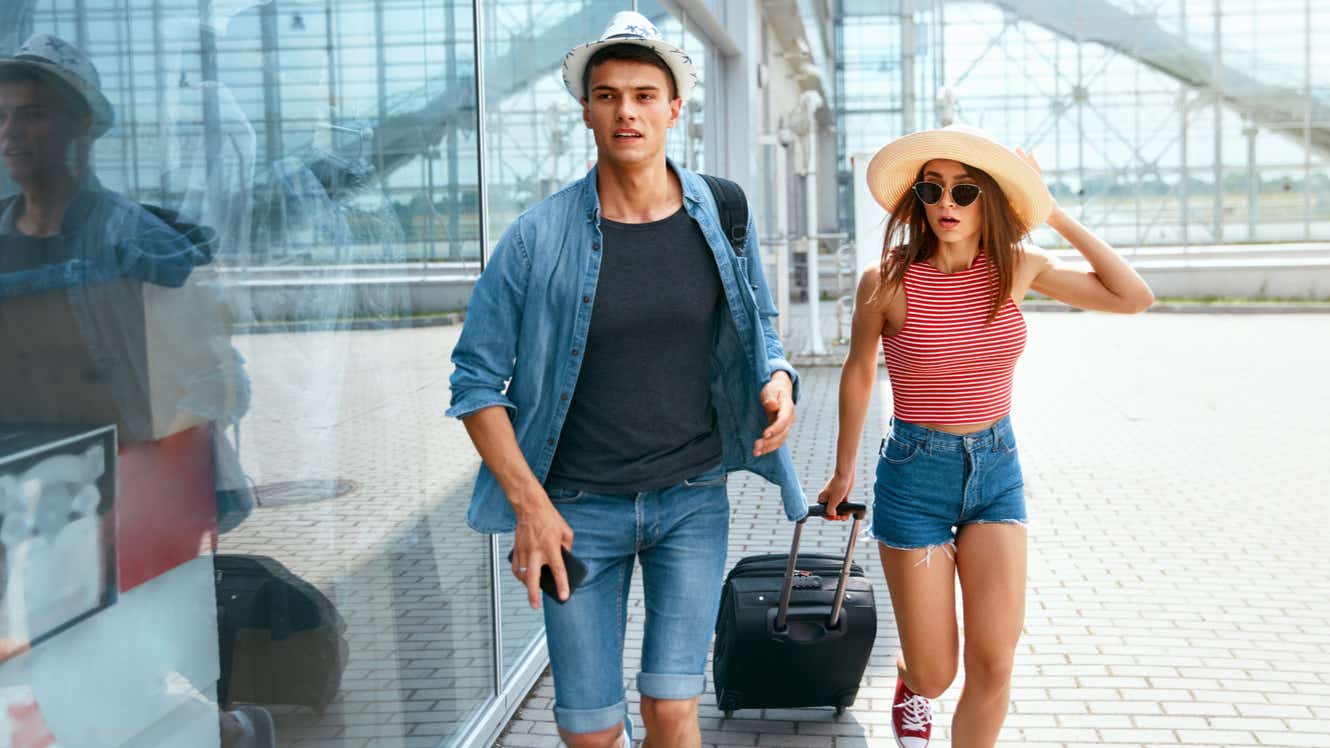 Last minute holidays can be a great way to bag a top deal, but there are still a few things you cannot afford to forget. Here is what you need for a safe last minute trip that won’t break the bank. 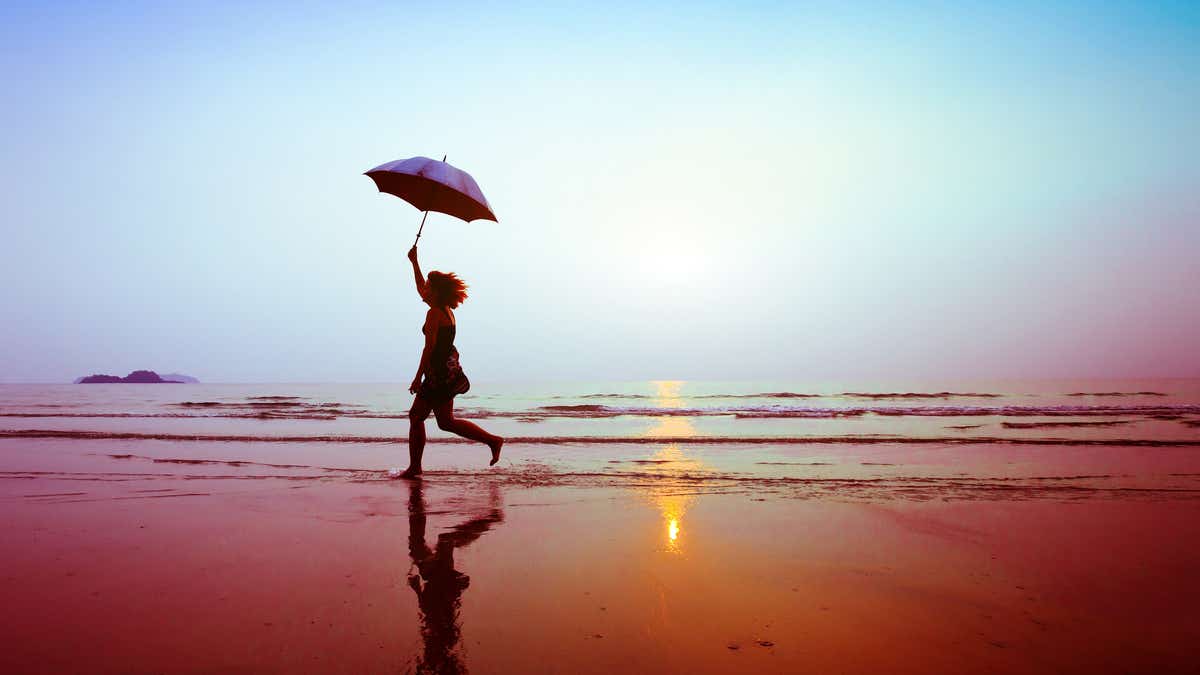 Do you need travel insurance for your trip?

If you fall ill or have an accident while travelling the bills can be huge, so it pays to have cover in place. Here are the basics to help you find the right travel insurance policy.

When to take out travel insurance 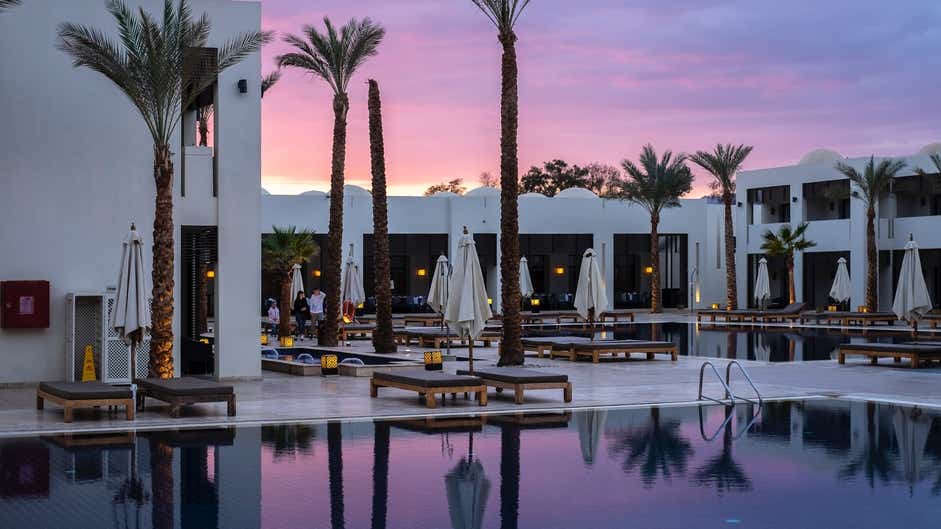 The most beautiful five-star hotels around the world

Discover the most beautiful luxury hotels around the world to give you inspiration for your future getaways. 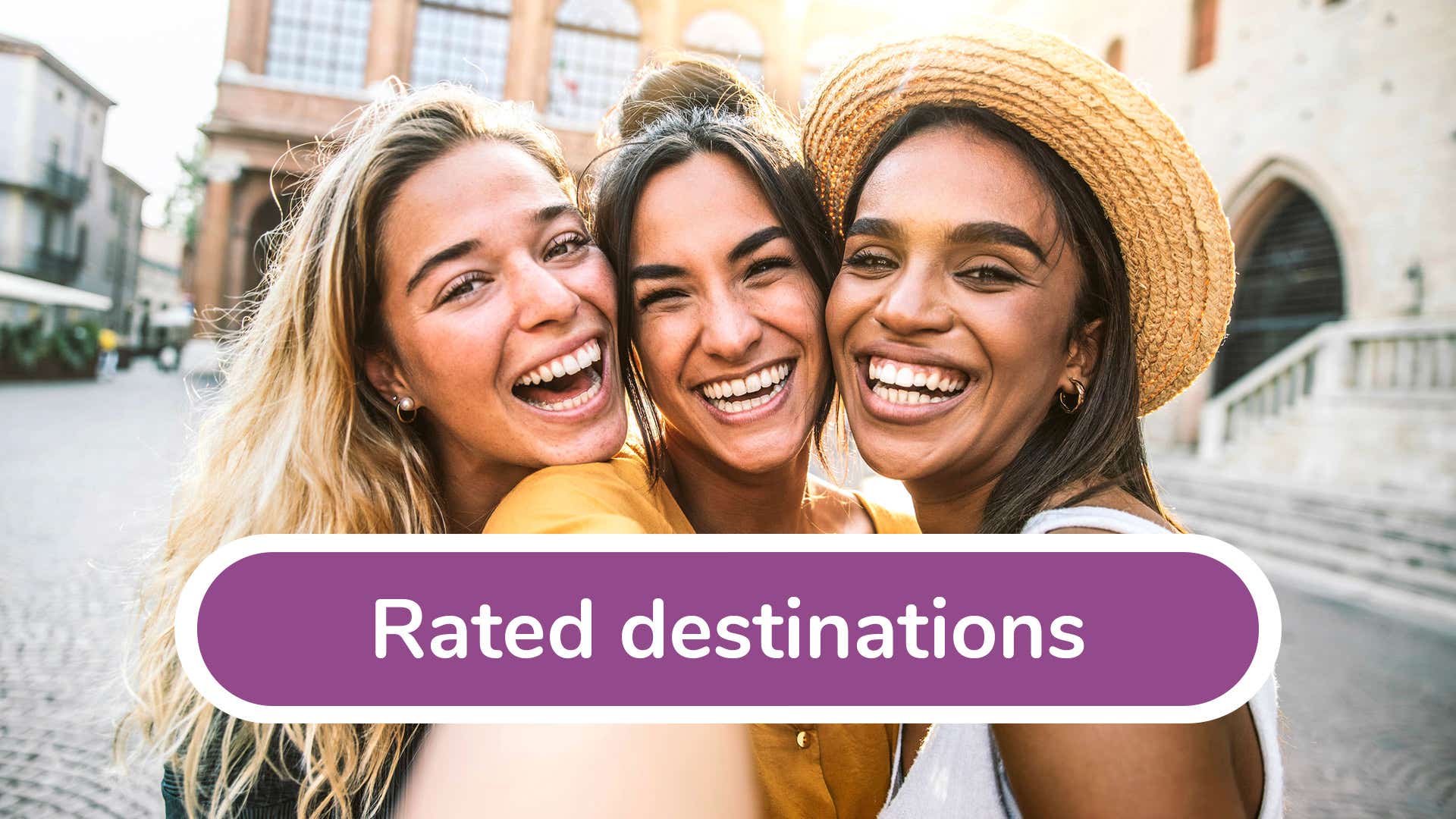 We all have our own travel bucket lists that we’ve been adding to over the years. Planning and saving up for the But which are the highest-rated destinations according to travellers?

Looking at some of the most commonly visited cities in the world according to Euromonitor’s Top 100 City Destinations Index 2021, the average costs of the following factors were analysed.

Each city was given a normalised score out of ten for each factor before an average of each of these scores was taken.

Cities that lacked a two or three-starred Michelin star restaurant or had fewer than ten five-star hotels were omitted.

The average cost of the cheapest set menu meals across each of the city’s two and three-star Michelin star restaurants, sourced from the Michelin Guide.

Lunch meals were excluded, as were any restaurants for which price data was not available.

The average nightly cost of a five-star hotel, according to Booking.com.

The average daily cost to hire a ‘luxury’ car according to CompareCarHire.co.uk.

The average nightly cost to stay at a spa hotel according to Booking.com.