The most searched investments from around the world

In recent years, the stock market has seen a huge influx of people willing to invest in stocks and shares, as high profile companies like Apple and Tesla dominate the news. These companies have not only sparked global interest in the stock market, but have also encouraged more people around the world to start building their own investment portfolios.
Share this guide

The coronavirus pandemic has seen another spike in interest in investing, seeing search volumes in stock prices skyrocketed by 57%, bringing in a new wave of eager investors. Throughout lockdown, people were able to save more money which otherwise would have been spent on holidays or hospitality - leaving people more financially able to start investing in the stock market.

With more people willing to invest, we were curious as to which companies were thriving in different countries around the world. Using search volume data of share prices we discovered the most popular investments searched for in each country to understand which global companies are dominating the investment world today.

Looking to invest your money? Check out our range of investment accounts to help find the right online platform for you.

The most searched for stocks and shares around the world 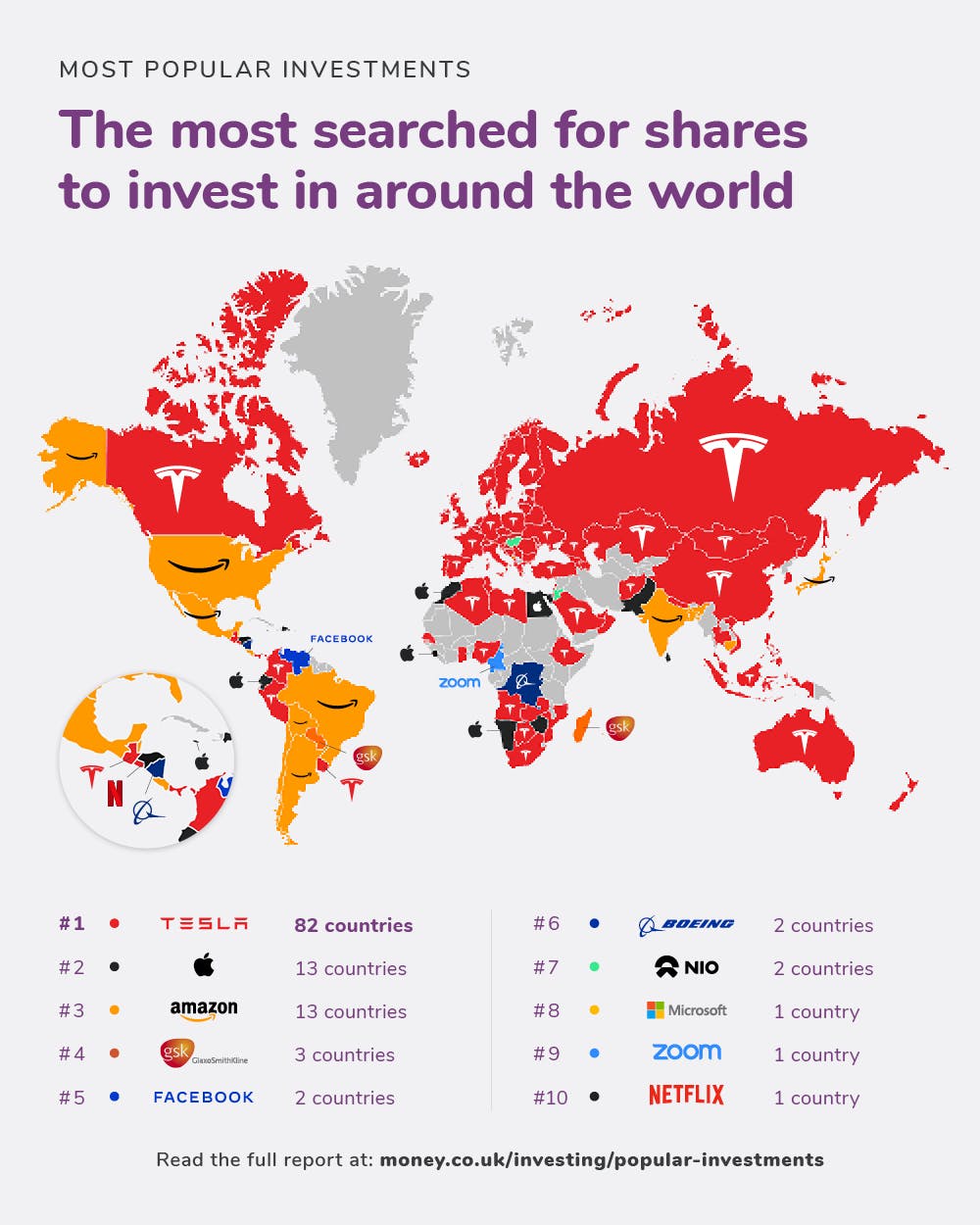 Tesla shares are taking the world by storm, ranking as the most searched for investment in 82 countries worldwide. Since 2019, the company's stock has increased by over 1084%, making them one of the fastest-growing brands globally and a popular investment choice for millions of people.

Some countries however are searching for lesser known investments. In the past 30 days, Atari stocks, an arcade and video game company changed by +4700% which would have made for a great alternative investment for anyone who had a wider understanding.

The most popular investment search in Paraguay, Montenegro and Madagascar is GSK, a pharmaceutical company dedicated to developing vaccines and consumer healthcare products. Meanwhile, Nicaragua and the Democratic Republic of the Congo are looking into stocks and shares in Boeing, a leading aerospace company manufacturing commercial jetliners and space rockets.

Having just emerged from a global pandemic and with space technology advancing at a rapid pace, both of these companies offer highly relevant services in modern day society and may prove to be a forthcoming investment. 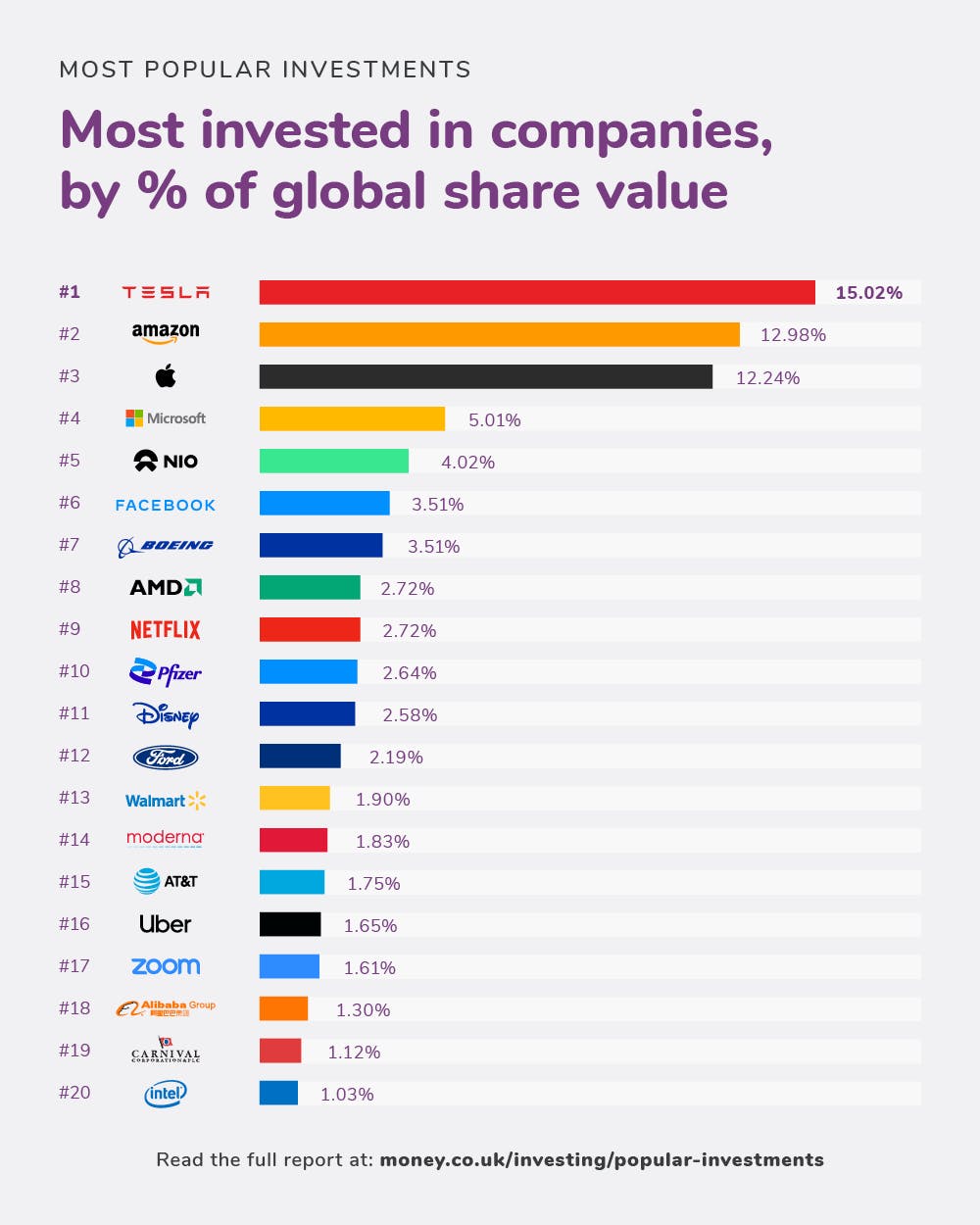 Global tech giants have been dominating the stock market in recent years making up a large percentage of the world's most searched for investments.

Elon Musk founded Tesla in 2003 with the goal to bring sustainable transportation to the mass-market. Since then, the company has accelerated ahead of its competitors, making up 15.02% of today's global searches into the stock market, which has resulted in its status as the most searched for investment in the world.

Following in second place is Amazon, which prides itself in being one of the most customer-centric companies in the world. Nowadays, Amazon makes up 12.98% of global searches into the stock market whilst also dominating the ecommerce market worldwide.

Apple comes in just under Amazon, dominating 12.24% of the searches for stock and share prices. Steve Jobs' mission since launching Apple was to bring the best personal computing products to consumers all over the world. Not only has he accomplished his mission, but he has also established Apple as the third most searched for investment worldwide!

The best investment returns by country 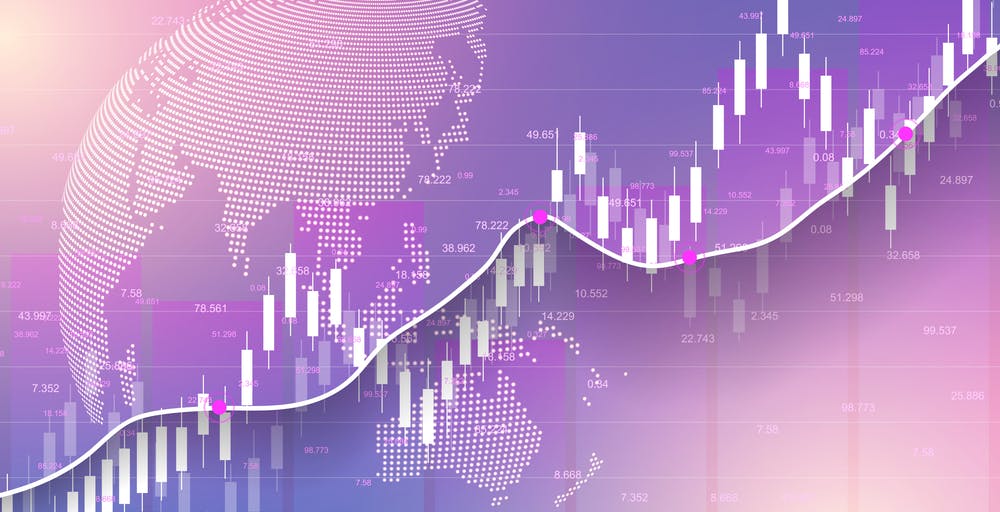 Using search volume data into stocks and shares, we collated the top five companies each country is most interested in investing in. We then calculated the percentage increase of stocks over the last two years to determine which countries would have the best returns and therefore be considered as some of the best investors in the world.

Italy and Switzerland are the world's savviest investors

Assuming investors in both Italy and Switzerland invested £1000 into each of their five most searched for stocks (Tesla, Amazon, Apple, Nio and Moderna), these countries could have seen a near 500% increase in investments and a return of £29,987.18 within two years.

Investors in Japan and Mexico however would have made less than half of Italy and Switzerland’s returns despite only two of their top five most searched for stocks being different. This is because Netflix only saw a 42.90% increase in share value, and Microsoft a 111.50% increase over the last two years, compared to Nio and Moderna which both saw a huge increase of over 576% since 2019. This potentially would see Japan and Mexico receive a lower return of £14,976.58, but still an amazing 299.53% increase from initial investment.

The US could have better returns than the UK, despite searching for stocks in similar companies

In the past two years Microsoft has seen an increase in share value of 111.50% , whereas Facebook only saw a 60.81% increase. This potentially would have made investment returns overall higher in the US than in the UK, assuming that both countries invested into their most searched for stocks and shares.

The top five searched for investments by country and their returns

Singaporeans search the most for stocks and shares

After looking at search volumes surrounding trading terms, we were able to see which countries are searching to invest the most around the world, keeping the data relevant to the proportion of the population.

Coming out on top is one of Asia's largest trading hubs, Singapore, well known in the investment world for its participation in global trade.

Our study showed that Singaporeans were searching for trading terms the most with 39.3 searches per 1000 people, trumping two of the largest countries in the world, Canada and the US, for the title of the worlds biggest investors.

How COVID-19 has influenced the stock market

When the pandemic hit in 2020, the search volume for stock prices went up by 57%, which saw some companies reaping huge benefits as a result.  We have analysed pre and post pandemic searches to understand how the pandemic affected the stock market as a whole. 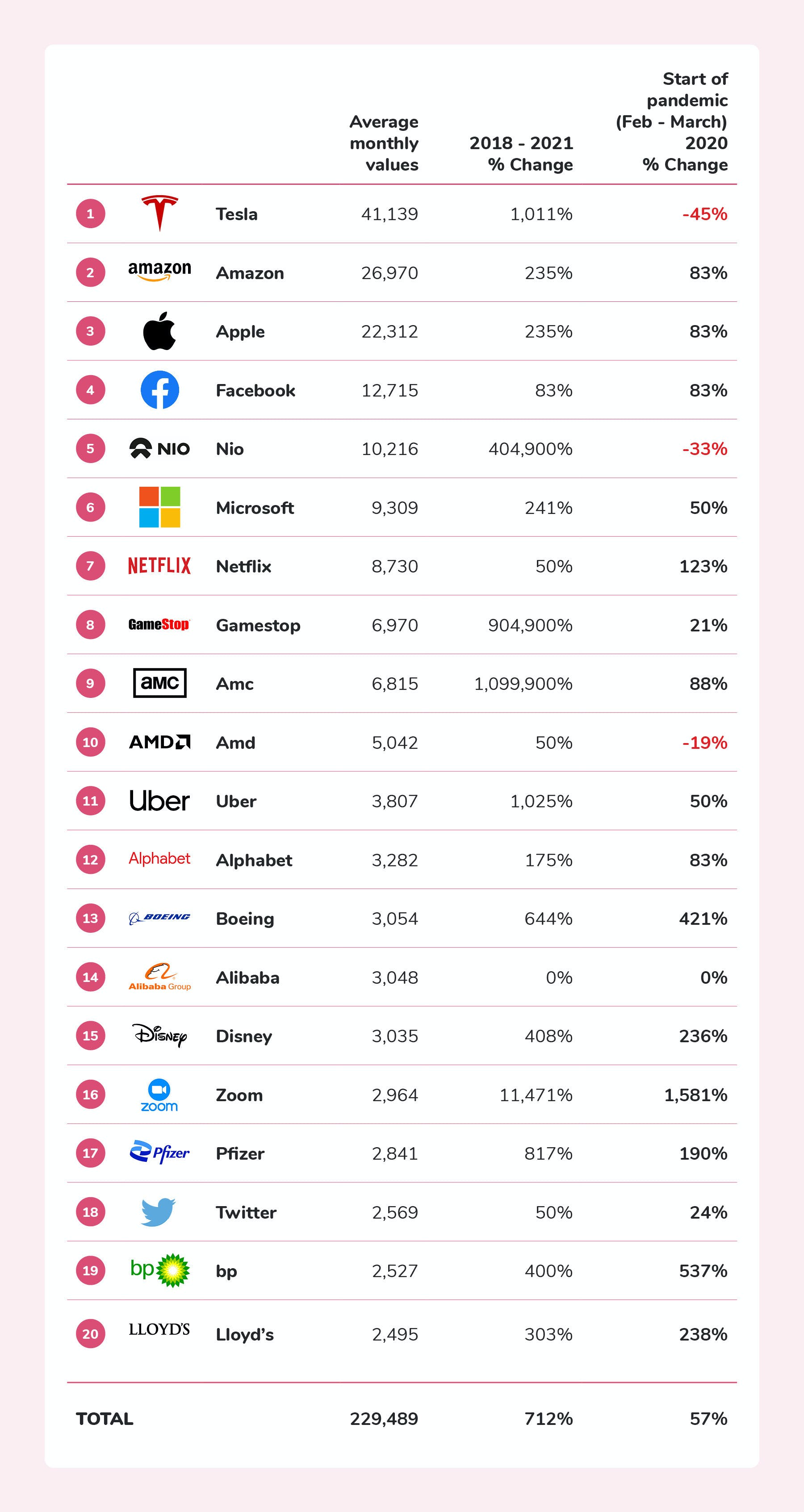 Tech and streaming services boomed throughout the pandemic

Unsurprisingly, it was companies like Zoom which reaped the most benefit during the pandemic, with stock searches increasing by 1581% between February and March of 2020. As the demand for virtual conferencing grew, Zoom’s stocks and shares also began to skyrocket, making it a billion dollar company by 2021.

More interestingly, Disney's stock was stable for years before deciding to rival Netflix during the pandemic by releasing Disney Plus. When it launched, Disney saw a significant 236% increase in stock searches within the first two months of COVID-19, and has continued to show significant growth post pandemic.

Searches for Netflix's shares increased by 123% during the pandemic, but in April share prices tumbled more than 10% after the business reported a slowing growth in paid subscriptions from the spike during lockdown. 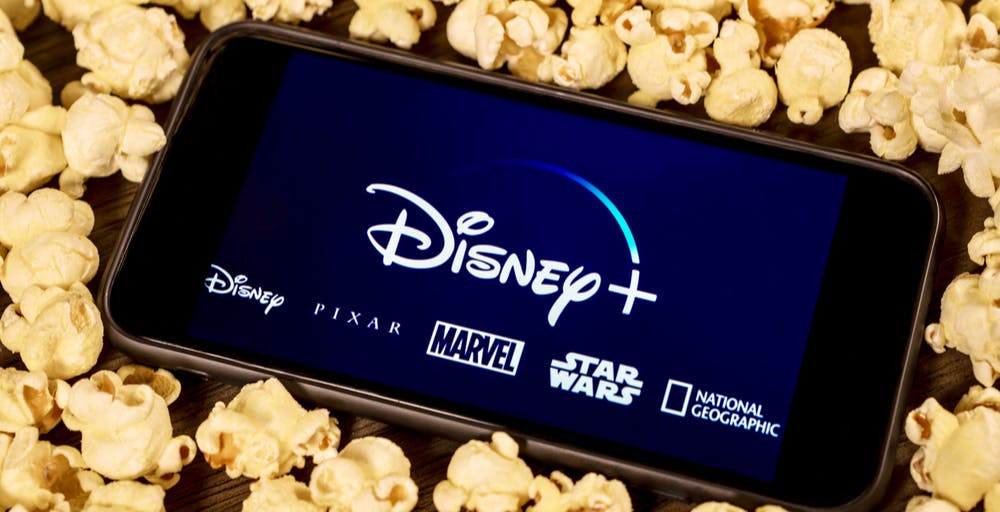 As Tesla continued to dominate the investment world during the pandemic, new electric car manufacturer NIO also bore witness to a significant growth in the stock market.

Tesla and NIO both initially saw a decline in stock searches between February and March of 2020, however it wasn't long before they began to regain momentum. In November of 2020 Tesla peaked when they were set to join the S&P 500 and became the most popular investment in the world, seeing a 1011% increase in stock search across three years.

Electric car manufacturer NIO also planned to rival Tesla, with its stock continuing to climb since mid 2020. Over the past three years NIO has seen a huge 404900% increase in stock searches, with a significant increase starting in June 2020. Lockdown saw a huge surge of interest into electric cars and the pandemic was the perfect kickstart to recognise NIO as a serious competitor for Tesla. 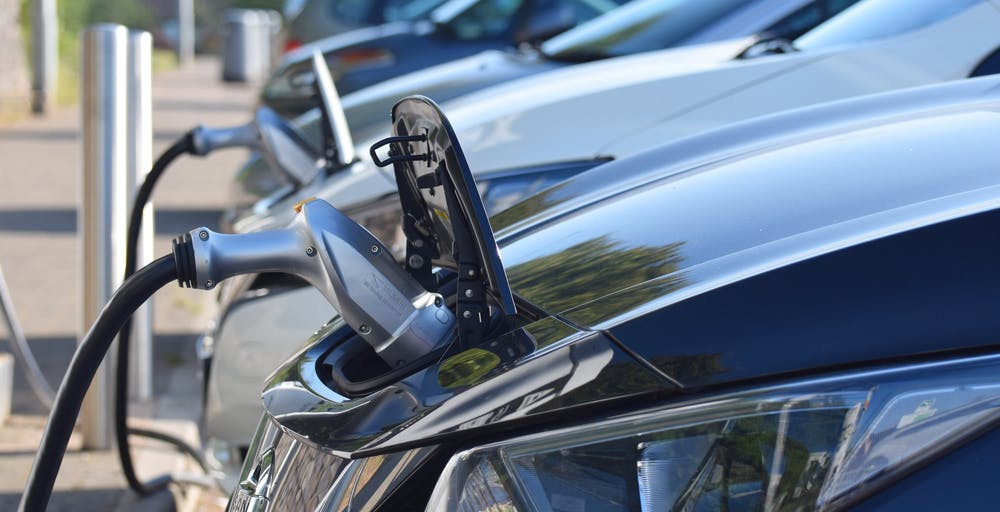 Stock searches for pharmaceutical companies increased by over 800% in the past three years!

Pfizer and AstraZeneca are both leading pharmaceutical companies which played a crucial role in creating the vaccine for COVID-19.

In return, both companies have seen their stocks skyrocket — Pfizers’ stock search increased by 190% and AstraZeneca's by 140% within February and March of 2020. 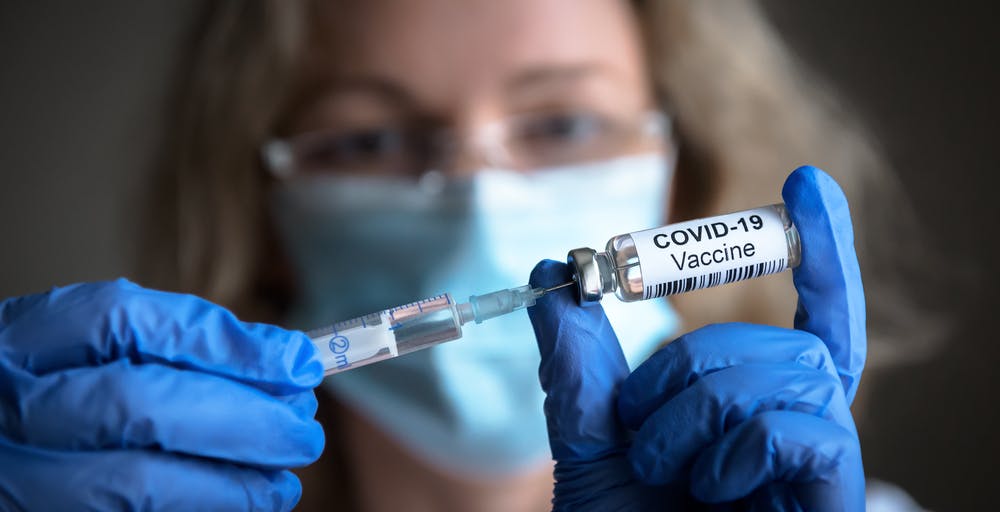 Overall, the pandemic alters not only the way we live but also the way we choose to invest. As a result, leading tech giants like Tesla and Amazon are taking over the investment world, being the two most searched for investments by country. If you're looking to start your own investment journey, check out our investment accounts so that you can find best deals for you.

Using search volume data on stocks and shares for 100 of the most popular businesses on the stock market, we collated the top 5 most popular investments from each country. We then used data from Uk.investing.com and tradeable.com to see the price change of stocks and shares within the last 2 years, which allowed us to calculate which countries were getting the best returns.

We also looked at search volume data surrounding trading terms by country to calculate which countries are investing the most around the world.

And to analyse the effect of the pandemic on the stock market, we analysed stock share searches from June 2018 - February 2021, highlighting specific changes between February and March 2020 and worked out the percentage increase or decrease to see the effect of COVID-19.