The financial impact of COVID-19 on BAME communities

The COVID-19 pandemic has taken a toll on the finances and wellbeing of millions of people around the world. In this article we look out how and why people from BAME communities have been disproportionately affected by the economic crisis resulting from coronavirus restrictions.
Share this guide 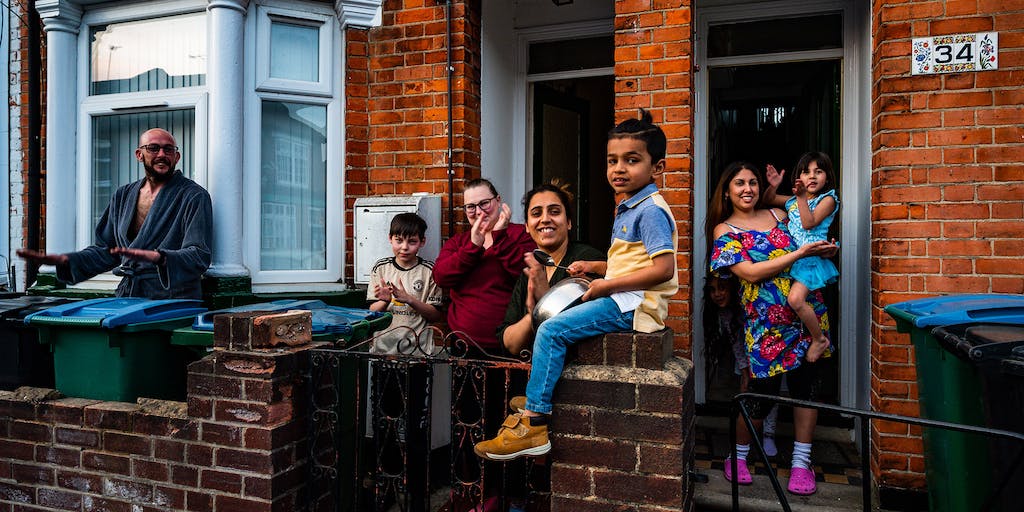 As we begin what is hopefully the final phase of lockdown in the UK, a lot of us will be looking back and reflecting on the impact COVID-19.

There's no question that the past year has been unlike any we have ever experienced. The dramatic loss of life around the world and the unprecedented challenges to society have shown that COVID-19 is not just a health crisis, but also a social and economic crisis.

Here in the UK, prior to COVID-19, ethnic minority groups were already more likely to say that they were ‘struggling financially’, and to live in a household which was behind on bills or housing payments.

Government unemployment figures show that 4% of white people were unemployed in 2019, compared with 7% of people from all other ethnic groups combined.

Previous studies have shown that black, Asian, and minority ethnic (BAME) people, on average, also have less savings than their white counterparts. For every £1 of white British wealth, Pakistani households have around 50p, Black Caribbean households around 20p, and Black African and Bangladeshi households approximately 10p.

Given that, it’s no surprise that BAME groups were less resilient when facing losses of income or jobs, during the pandemic.

The picture during COVID

Whether it’s the loss of loved ones, loss of income, or dealing with the challenges of lockdowns, COVID-19 has affected virtually everyone in some way.

But as the Financial Conduct Authority (FCA) has noted, “the pain is not being shared equally with a higher-than-average proportion of younger and BAME adults becoming vulnerable since March.”

The FCA’s financial life survey report published in February this year, based on a survey carried out three times during 2020, found that a quarter of UK adults were left less financially stable compared to pre-COVID levels.

But this figure was higher among BAME groups. Three in 10 BAME people (32%) reported losing some income during lockdown, compared with just over two in 10 white people (23%).

According to a report by the Institute for Public Policy Research (IPPR) people belonging to BAME communities had a much higher risk of struggling with financial problems and rising debt caused by the COVID-19 pandemic.

The report also showed that people from a BAME background, surveyed back in May 2020 at the height of the pandemic, were more than twice as likely to have lost their jobs or otherwise stopped paid work during the crisis.

The impact on employment in minority ethnic groups

COVID-19 saw the largest quarterly rise in unemployment on record. Between August and October 2020, the number of unemployed people leapt up by 16.6%, to a figure of 1.69 million.

Unemployment rates in the UK were forecast to peak at 7.5%, while the level for BAME groups had reached 8.5%, compared to 4.5% for white people. They also noted that for BAME women, racial inequalities intersect with gender inequalities, causing an even higher rate of unemployment of 8.8%.

Lost of income since coronavirus by ethnicity 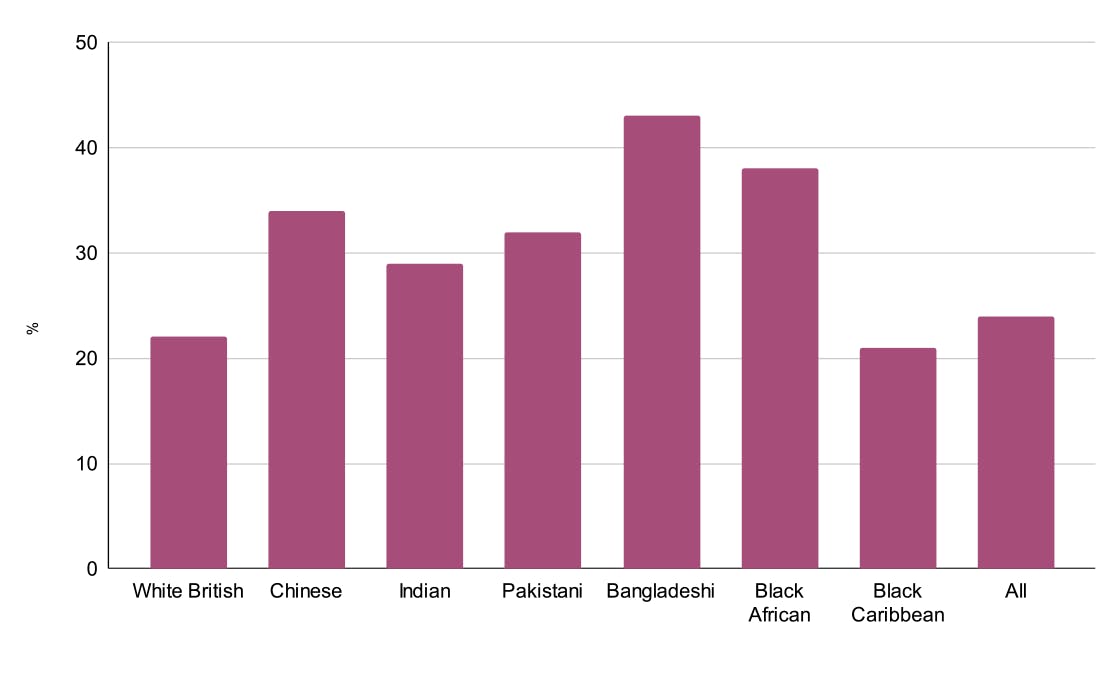 A report by the Runnymede Trust found that over half of white people (54%) reported that they had not been affected financially by the coronavirus crisis and lockdown. Meanwhile, only a third (35%) of BAME people said the same.

The report found that BAME groups were consistently more likely than white groups to have struggled financially directly because of the COVID-19 pandemic.

BAME people were more likely than white people to report that they had:

Reasons for the impact on BAME communities

The overarching reason BAME communities have been so disproportionately impacted by the pandemic is essentially the result of pre-existing racial and socioeconomic inequities.

The financial impact of the lockdowns put in place to stem the spread of the virus disproportionately affected low wage, frontline jobs, in which migrant populations – of which a vast majority are BAME people – are overrepresented.

According to a study by Public Health England, Pakistani and Bangladeshi households were most likely to have men working in industries most affected by lockdowns, such as restaurant work or taxi driving.

The study also identified that a large proportion of Black African and Black Caribbean households have dependent children, or were lone parents. For many, the difficulty in arranging childcare barred them from being able to work.

The government tried to alleviate some of these issues with the isolation pay support scheme for low income workers. The scheme paid £500 to low-income workers who couldn’t work from home and needed to isolate.

However, the scheme wasn’t available to more than 1.3 million people who don’t have access to public funds because of their immigration status, many of whom work in low-wage, often cash-in-hand jobs.

The outlook as we ease out of lockdown

ONS data from June 2021 indicates small signs of a recovery, with a predicted quarterly decrease in the unemployment rate of 0.3 percentage points, to 4.7%. However, there is no data showing current ethnicity unemployment rates or pay gap rates improving.

What is clear from the data and the analysis so far is that COVID-19 has acted as a magnifying glass to the social and financial inequality that existed in the UK well before the pandemic.

The reasons for the inequalities – such as discrimination in the jobs market, job losses within industries due to automation, or wage stagnation, to name just a few – are largely systemic. These will need to be addressed if we are to alleviate the suffering that so many have gone through during the pandemic.