Is a petrol or diesel car better?

There’s a lot to think about when buying a new car, from the make and model to the opinion of experts and friends - and even its colour, but fuel is right up there as a vital factor. Here take a look at what’s best: diesel or petrol engines. 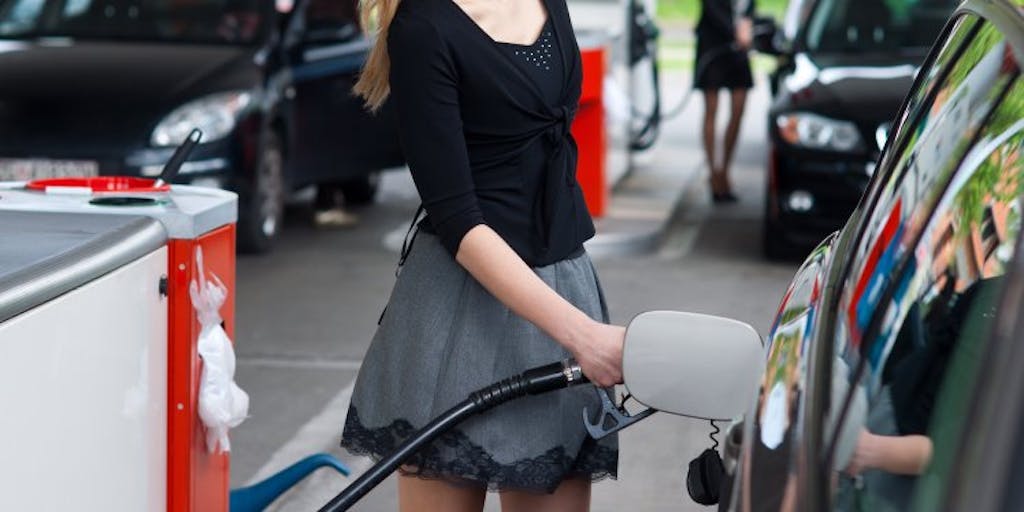 How do diesel and petrol cars differ?

When it comes to fuel petrol versus diesel is not like Coke versus Pepsi. It’s not a matter of taste, in any shape of form. It’s all about how it makes your engine run, and how it affects the environment.

The big difference between petrol and diesel is that they burn their fuel in different ways. Petrol is injected into the engine and ignited when in contact with spark plugs, diesel simply needs to be compressed enough in the cylinder to produce enough heat to fire on its own, which is arguably more efficient.

In both cases, once there is an explosion the energy drives the pistons that get the car moving.

It costs around 5p a litre less to fill up a petrol car, despite the wholesale cost of both fuels being roughly the same. This is because two thirds of road vehicles are petrol driven, and most of these are run by private individuals.

When it comes to diesel, this fuels most haulage lorries, HVGs, black cabs and other commercial vehicles. These drivers work to schedules and are more concerned with making their delivery on time than finding the cheapest filling station, plus they don’t pay for the fuel.

If petrol takes the plaudits for fuel pump prices, diesel storms ahead when it comes to performance. Benefiting from compressed fuel injection, diesel cars produce around 15% more oomph, according to the European Automobile Manufacturers Association.

On the downside, diesel engines are usually heavier than petrol ones. This has implications for acceleration from a standing start, and of course for fuel costs.

Of course, this all depends on how the car is driven, and while turbo-charged petrol cars can narrow the gap, diesels still boss the motorways. They can cruise at higher speeds with less effort, as well as overtake with greater effectiveness thanks to their low speed torque.

What is cheaper to tax, diesel or petrol cars?

The wholesale price of petrol and diesel is roughly the same in part because the two fuels are taxed at the same rate. However, the tax rate for the cars themselves differs.

Diesel cars tend to pay more than petrol cars because of the level of emissions they produce. The Real Driving Emissions 2 standards (RDE2) dictate that diesel cars that don’t meet the standards are taxed at a higher rate than they were when first registered.

What is cheaper to insure, petrol or diesel?

As diesel cars tend to be more expensive to buy, due to their more powerful engines, it follows that it costs more to insure them.

Insurers also take into account the greater cost of services, repairs and replacement parts for diesel cars when setting premiums.

Why do diesel engines get such a bad time?

Diesel is cleaner than petrol when it comes to CO2 emissions. This is why it was the darling of the motor press for several years. But, it has its faults, which include:

Since the dawn of lead-free petrol engines, CO2 and car exhaust emissions have not been a big issue. The same cannot be said for diesel.

Recent research from Oxford and Bath Universities cast a shadow over the motor industry when it concluded that diesel fuel emissions cause 10,000 premature deaths annually in the UK.

Why are diesel car fumes so dangerous?

While all the world’s attention was on CO2 and leaded petrol, diesel continued to be pumped out by the gallon at service stations the length and breadth of the country. Recently, though it has been made apparent that diesel carries its own deadly risks.

Nitrogen oxides and particulate matter, or PM2.5, are the two biggest concerns scientists and other interested parties have about diesel. The former can cause respiratory problems, the latter emits minute particles of soot and other nasties into the atmosphere.

Do MOT tests for petrol and diesel cars differ?

Diesel and petrol cars have been required to take more rigorous MOT tests since 2018, although the nature of the test differs.

Special attention is paid to the diesel particle filter (DPF), which is attached to exhaust pipes to trap harmful emissions. These can build up over time and if during the MOT smoke of any colour is seen, or the DPF has been fiddled with, the car will fail the MOT.

Exhaust emissions from petrol engines are also scrutinised. If blue or black smoke is detected coming out of the exhaust pipe for a continuous period of five seconds at idle, the car will fail the test.

What does the future hold for petrol and diesel cars?

Restrictions are already imposed on petrol and diesel cars if they are driven in certain parts of the country, such as in London’s Ultra-Low Emission Zone, but this is just a taster for the future.

The government plans to ban the sale of new diesel and petrol cars  - including hybrids - from 2030 as part of its drive to make the UK carbon-free by 2050.

This is expected to result in more electric-only cars and fewer new petrol and diesel models being introduced in the future, and costs increase as more punitive tax levels and legislation are introduced.