We've seen many TV shows making their return over the years, but how many of these reboots actually worked? We reveal the best & the worst.
Share this guide

With many of us spending more time at home than ever before over the last year, it should come as no surprise to learn that online streaming surged. According to a study by Ofcom, during lockdown in 2020, UK adults were spending around 6 hours and 25 minutes on their phones, TV and laptops a day.

And it seems that nothing inspires people to reach for their mobiles faster than the revival of their favourite TV show. Sex and The City is the latest of reboot announcements and it’s fair to say the news has caused quite a stir  - “No Samantha Jones?!”.

In the last five years, we’ve seen many TV show resurrections - from Gilmore Girls to Full (now Fuller) House. And they’ve been sure to rouse every group chat with endless opinions and discussion about whether they’ve done justice to the original shows.

Here at money.co.uk, we took a look at some of the biggest TV returns over the last five years to find out which ones started the most conversations, which ones were best received and which were better off never making a comeback...

How did we do this?

We pulled a list of 30 TV show reboots and analysed over UK 800,000 tweets, looking at sentiment, to discover what percentage of those included positive messaging vs negative, to give us a net sentiment figure. This allowed us to rank which TV shows got the most love on Twitter after their revival and which may have tarnished their legacies for good.

So, which shows came out on top?

Thumbs were at the ready for a wave of virtual applause for the following reboots that had the most positive net sentiment on Twitter: 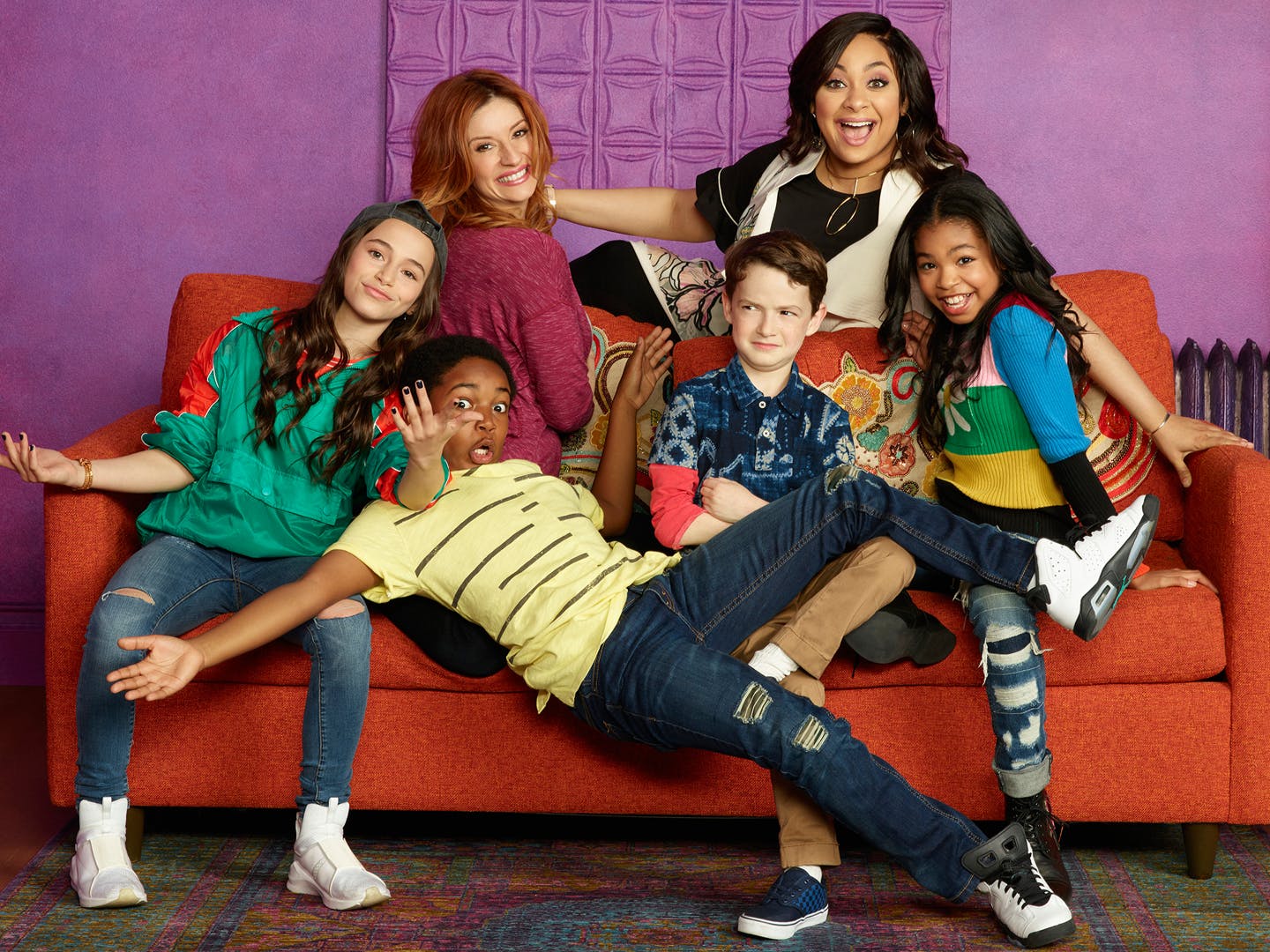 That’s So Raven (Raven’s Home) was rebooted in 2017 with two of the main actors, Raven-Symoné and Anneliese van der Pol happily joining the cast to bring back the lovable psychic. With a 41.95% positive net sentiment on Twitter, it’s safe to say that fans were thrilled Raven was back. The show continues to draw in the fans, both old and new, with the 4th season released in October last year and a 5th season likely to get the green light.

Twin Peaks, an American mystery horror which first aired in 1990, received over 10,000 positive tweets after its reboot in 2017 with people posting their love left, right and centre. People were even creating four-hour-long theory videos to post on social media. Creator David Lynch has hinted there may be more seasons coming. Phones at the ready! 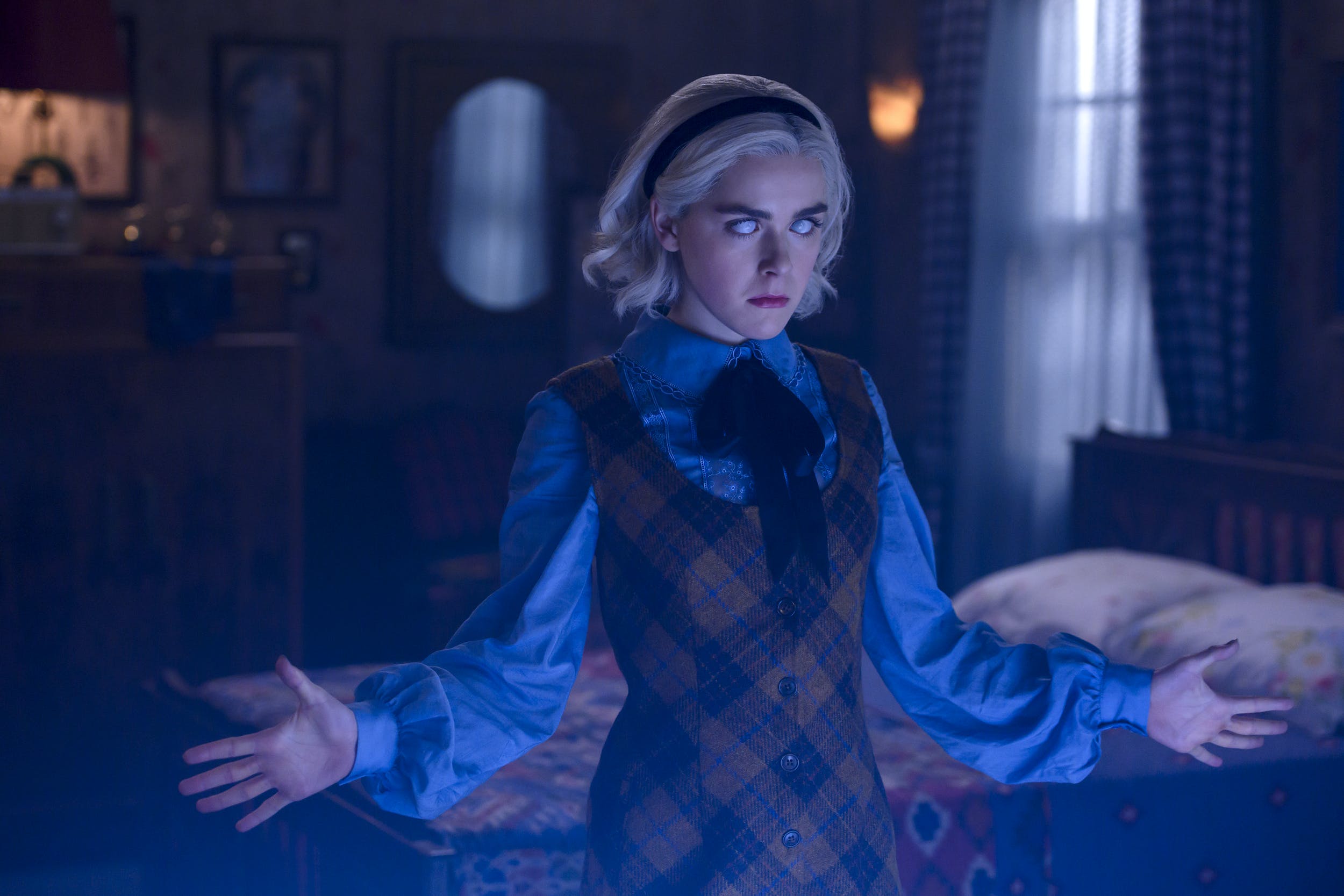 Kiernan Shipka took on the iconic role of Sabrina Spellman, the teenage witch, in a much darker revival of the hit American sitcom, which first aired in 1996. Netflix picked up the show in 2018 and fans welcomed the unique twist on the classic show with a positive net sentiment of 33.11% on Twitter. Despite casting quite a spell on avid Twitter fans, the show, sadly, did not survive Netflix's latest culling of shows, with fan-led petitions springing up in the hopes of bringing their beloved show back.

Other show revivals that got a lot of love on Twitter were Curb Your Enthusiasm, an American comedy series that was brought back in 2017 and received a huge net positive sentiment of 56.02%. '90s kids also celebrated the return of Fuller House in 2016 which earned a 37.61% net positive sentiment, as well as the beloved cartoon, Animaniacs which rebooted just last year and had 25.68% of Tweeters talking positively about it. 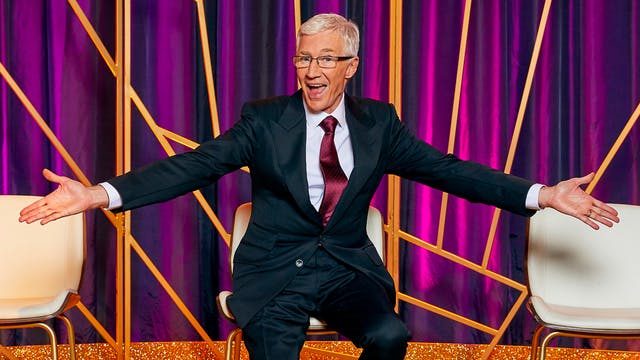 Blind Date received the worst response on Twitter since its reboot. Originally broadcast on ITV in 1985 with the iconic Cilla Black, Channel 5 decided to revive the show in 2017 with Paul O’Grady hosting and Melanie Sykes doing the voiceover. However, with a negative net sentiment of 31.4% on Twitter and attracting an audience of less than a million viewers, the producers decided to end it after four revival seasons. 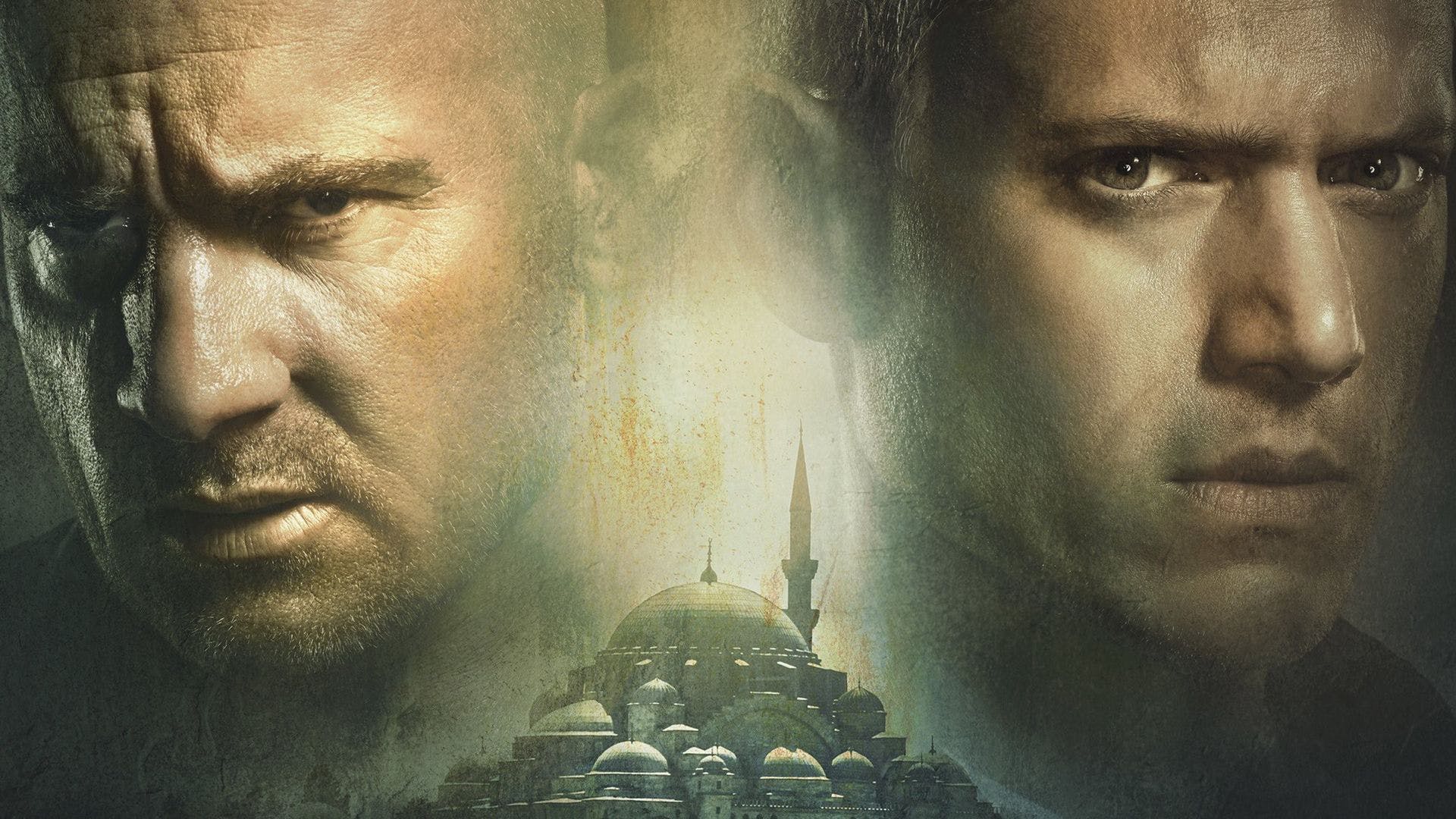 Prison Break was the second worst revival series, with a net negative sentiment of 37.63%. Fans eagerly waited a whole eight years for the return of the Schofield brothers and more importantly, the resurrection of the main character, Michael Scofield. But, sadly, it’s safe to say the revival of season five was the final nail in Scofield’s coffin, with a total of 21,061 negative tweets out of 55,969. Wentworth Miller himself even stated he won’t be returning to the show again. 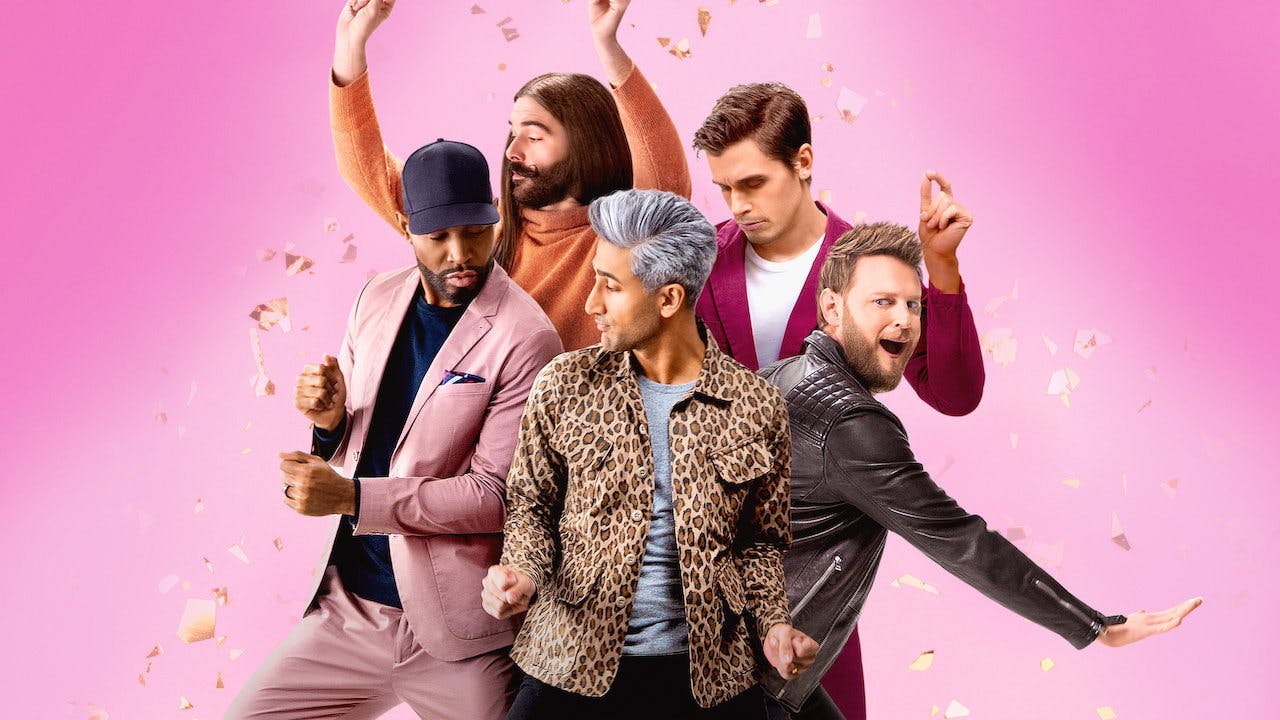 Lastly, Queer Eye was the 3rd worst revival series. 11 years since the original show, Queer Eye returned to our screens in 2018 to serve more life and fashion makeovers. While the show certainly has a large following that dotes on every episode, the reboot saw a negative net sentiment of 38.3% on Twitter as some in the LGBTQ+ community felt the show wasn’t truly representative and was primarily made for “straight people”.

Some other shows that didn't do quite as well as many had hoped included the Vicar of Dibley reboot last year where 25.49% of 22,919 Tweets were negative. Popular kids TV show, Chucklebrothers tried to make the nation laugh again but it just wasn't the same. Viewers were also saddened to hear of the passing of Barry Elliot, which happened during the show's broadcast. And, everyone's favourite superhero trio, The Powerpuff Girls, got a lot of people talking with 28,176 Tweets surrounding its reboot in 2014, but sadly did not live up to the hype with an 18.97% negative sentiment.

While some shows had a fairly neutral sentiment, they were hugely talked about on Twitter when the reboots were announced. When Star Trek was rebooted in 2017, it caused a storm on Twitter, with 66,574 Tweets mentioning the highly anticipated return.

Gavin and Stacey also caused quite a stir in the UK when it was announced the show would be back with the original cast for a Christmas Special, generating 62,048 tweets. Brits went wild for Nessa’s shock proposal to Smithy and the cliffhanger that it left us all on. Even now, fans aren’t ready to let Gavin and Stacey go, with many excited over the rumour of another potential season or special in the future.

Which TV reboot had the least mentions on Twitter?

Some of the shows that didn’t induce as much excitement on Twitter as they may have liked include Dynasty and The Hills. Only 1,909 Brits mentioned The Hills in their tweets when the reboot was announced 9 years after the original show ended. This could’ve been down to the fact that The Hills was predominantly an American show or because the main cast member, Lauren Conrad, didn't return. Sorry The Hills, we’ll forgive you, but it seems we’ll also forget you. 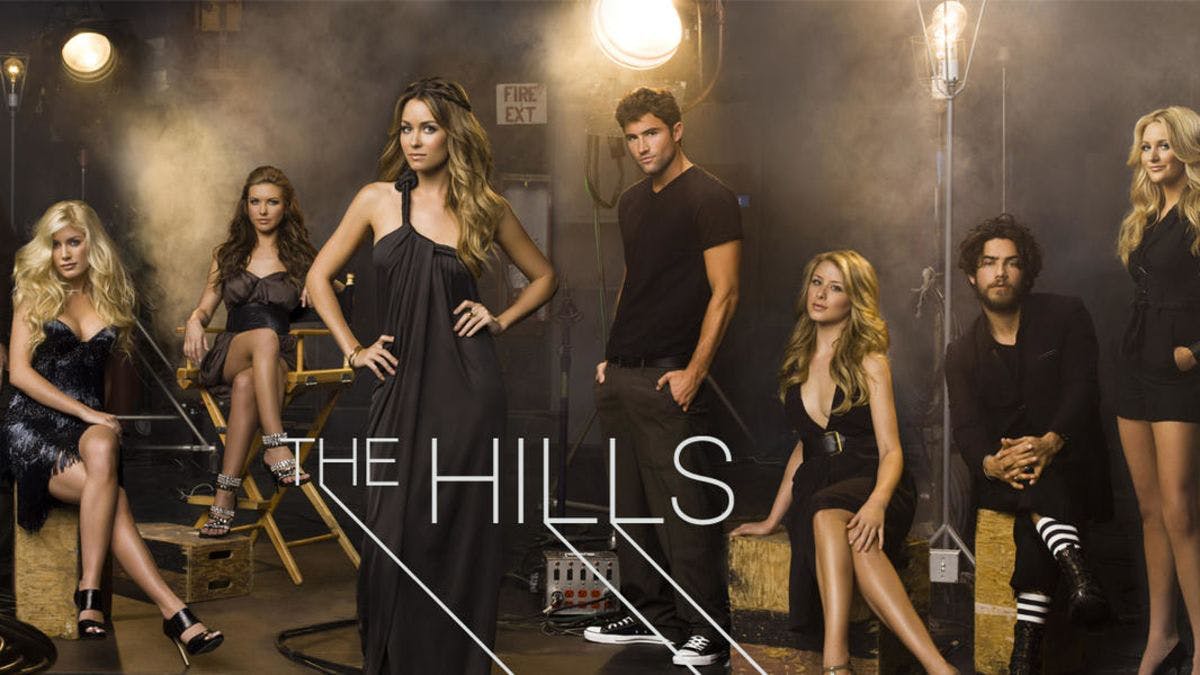 Despite Dynasty having the longest amount of time between the original show ended and the reboot began, 29 years, it was the least talked about show on Twitter, with only 1,189 Tweets mentioning it. Perhaps this is because it had been too long in-between, so the younger generation wasn't as interested, instead opting for shows with a newer concept. 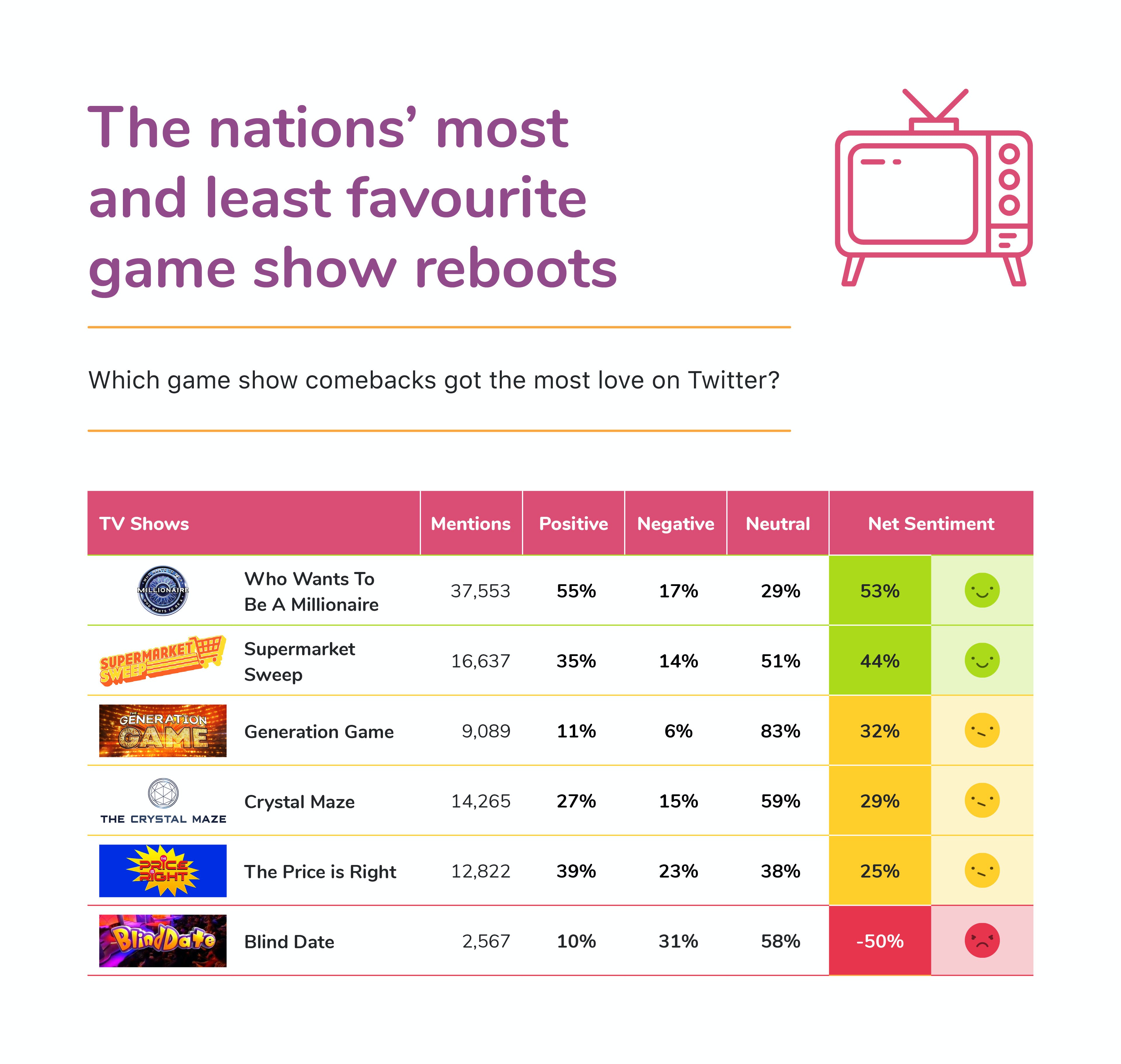 Some UK gameshows have also made a comeback. These are the top game shows people couldn’t stop talking about on Twitter:

And, of course, we had to include Sex and The City, which is set to go into production in Spring 2021. Unsurprisingly there has been mostly (20%) positive sentiment surrounding this return, but not by a landslide (15% negative sentiment) due to Samantha Jones, Kim Cattrall’s character, not returning for the season.

Another big reveal recently was the imminent Peaky Blinders film, which inspired 28% positive sentiment on Twitter, as fans got excited about the return of the Brummie boys on the big screen!

If you’re one of the many whose phones have been going off with the latest TV reboot news, then you might want to check you’ve got the best mobile phone deal by using our handy guide.

Compare mobile deals to find the best network for you.

We analysed 837,307 tweets around the names of 30 TV show reboots and pulled sentiment data to discover what percentage of those included positive, negative and neutral messaging to give us a net sentiment figure. This allowed us to rank which TV shows had the most positive net sentiment, and those that had the least. The research took place in January 2021.