The work you do can affect car cover costs

Your job can be a big component in calculating car insurance costs. This explains why your occupation and title count. It also points to work insurers love and jobs they dislike.
Share this guide 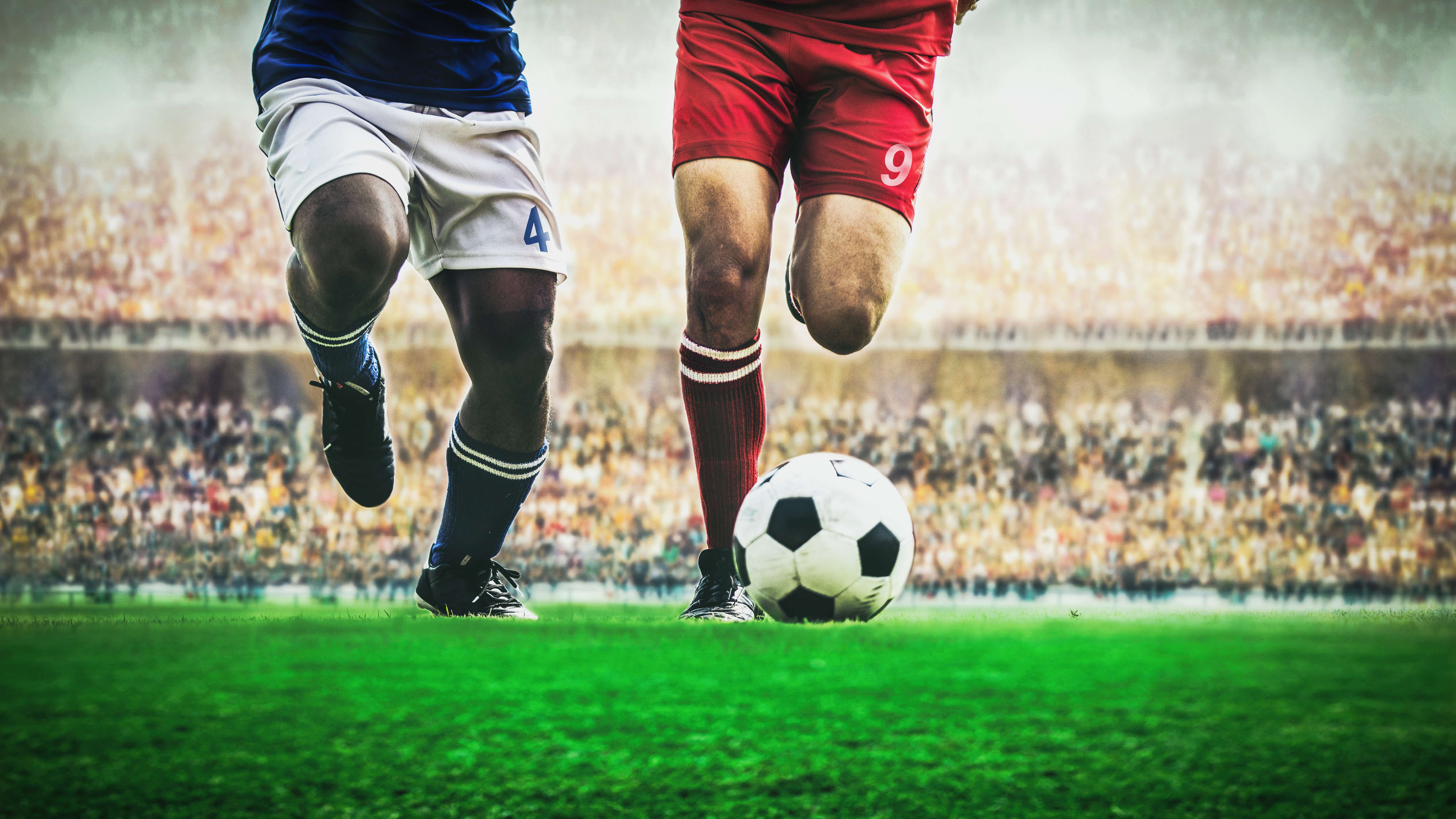 The work you do can affect car cover costs

Your job can be a big component in calculating car insurance costs. This explains why your occupation and title count.  It also points to work insurers love and jobs they dislike.

What links are there between jobs and motor insurance?

Insurers look at many factors but rely on past claims experience and their appetite for certain risks. Experience tells them your job can speak volumes about you. Certain jobs, especially combined with some cars, can result in the kind of driving that leads to higher claims.

How do car insurers work this out?

There is no official car insurance job title list. But you don’t have to be an insurer to know some jobs attract safe people and others those who take risks.

Insurers so dislike some occupations they will refuse to quote or come up with a price that puts people off.

How do car insurers work out quotes?

Your job title, or trade, could be crucial for a motor insurance quote. What you do for a living gives insurers a lot of information about you and how you might drive.

They don’t always get it right.  But experience shows they get it right more often than not.

Other factors that influence your car insurance premium may include:

Insurers have job title lists they like and those they would rather do without. These categories vary from company to company.

Some insurers are happier dealing with certain job descriptions than others.

One criticism is insurers’ likes and dislikes can be based on how a job was once seen, rather than the reality of how it is now. The world of work has changed a lot and continues to change.

Whatever your work, always shop around to find the best car insurance policy for you.

What occupations do insurers dislike?

Many jobs on the “dislike” list are mainly male. Men have worse driving records but insurers cannot discriminate against them. This can be a “proxy” method for making men pay more.

Almost anyone connected with hotels or restaurants may pay more. The feeling is they work long, often irregular, hours and may drive when tired.

They may also go too fast when there is little traffic in the middle of the night. Insurers believe they have easy access to alcohol.

Casino workers run into this as well. Additionally, their work involves risk so some insurers think they will take risks while driving.

Fairground workers may drive long distances, may drink alcohol, and are seen as untrustworthy. This may be grossly unfair.

Insurers and underwriters perceive building workers as careless, working irregular hours and driving low value cars they are prepared to write off. Crashes often involve others. They are also thought to drink more alcohol.

Driving your employer’s vehicle is fine.  But using your own car or van is different.

Couriers are often self-employed, earning by each delivery. Insurers believe they race from address to address, park badly (increasing the chances of damage) and work long irregular hours.

They may also have valuable parcels in their cars. This increases risk of window smashing to steal goods.

Professional footballers pay top rates for car insurance, partly as they drive high value cars which they can afford to write off.  And they love to party.

Insurers worry they could give lifts to team mates who could sue for big money after an accident even if, by normal standards, they are only slightly injured.

And because some earn so much and can afford fines, they may speed.

Other top paid sporting professionals are in the same category – it’s that mix of top range cars, live for the moment ethos, and insurers’ worry about injury for anyone in the car other than the driver.

Negatives include unusual hours, access to alcohol, driving long distances to engagements, and injury risk when someone else, possibly famous and high earning, is in the vehicle.

Insurers think journalists chase ambulances, police cars and fire engines, rushing to cover a job, with one hand on the wheel and the other holding a bottle of scotch.

Plus, they might be giving a lift to someone of value or importance.

Journalists are also seen as prone to moral hazard – they could lie about or exaggerate a claim.

The most expensive jobs for insurance quotes tend to be younger worker occupations.  Age is a negative factor, at least for those in their teens and twenties.

But, crucially, younger drivers often have more passengers in the car. In a fault accident, these passengers, if injured, can claim against the driver’s policy.

This is blunt. If you severely disable a young person with their whole life ahead of them, the insurer will have to pay out more than if you inflicted the same disabilities on an elderly person. An injured young person could be compensated for the income they would have earned over a lifetime.

Who are the motor insurers’ favourites?

Their preference is for retired people as long as they are not too aged! Insurance often goes up for those in their late seventies or eighties.

Older drivers have fewer accidents so claims cost less. Retired drivers drive tend to drive less, which makes them a better risk. Older people tend to be more careful, driving more slowly as they are less rushed.  Their experience counts as well.

All this assumes they are medically fit and can read a standard number plate at 20 metres (with spectacles or contact lenses if prescribed).

A sit-down office job such as a medical or legal secretary, or a clerical or personal assistant, is seen by most insurers as a good thing.

Those who do these jobs are likely to drive more slowly and more safely.  They are possibly lower earners so they drive less valuable cars and they’ll be more careful as they can’t afford accidents.

These are often female jobs.  Insurers are banned from gender discrimination but reducing costs for jobs which attract women such as classroom assistants is permitted.

Local government officers are likely to be lower paid. Rightly or wrongly, it is seen as a “staid” job, attractive to insurers. They work regular hours, and car use at work may be covered by the employer.

Police officers who drive at work will normally be covered by their force’s policy. For personal use, they need their own car insurance.

Police officers are likely to be well trained, should be more aware of the rules of driving, speed limits, and much more conscious of what accidents entail.

Farm owners and managers are not usually asked to pay extra. They also gain from addresses far from city centres.

Casual workers such as fruit and vegetable pickers are a different matter. Insurers feel they are more likely to drive low value cars that are badly maintained.

Policy issuers also consider the seasonal nature and often the need to drive long distances for work makes them more vulnerable to crashes. Insurers may have evidence that seasonal workers drink too much alcohol.

What can you do if you are in a higher risk occupation?

There are some dos and don’ts to cut your insurance.

Do you have to tell your car insurer if you change jobs?

You need to let your insurer know if your occupation changes but not if you change employers and continue in similar work.

Failing to do this could invalidate your cover. You might find future costs go if you move to a line or work insurers like.

If you are a student using your car for unpaid work experience you are covered without needing business use insurance. But once you are paid, that is business use. If in doubt, report the change to your insurer.

I am out of work. Does this matter?

Yes. The Association of British Insurers says unemployment is a recognised risk factor.  The reasoning is:

Which job should I report if I do more than one?

You must tell the insurer about each job. They will concentrate on your main job or if you do two or more equally, look at each.

Working at home is often ignored so university lecturers who earn money editing learned journals would probably be assessed on their main job.

I am a volunteer but this requires a vehicle

If you volunteer, and use your own car or van for the organisation’s work– and not just to get to the workplace, you must tell the insurer.

This might would include those who drive people with disabilities to hospitals, or religious services.

Volunteer drivers may have a vehicle provided. In this case, the organisation or charity will arrange cover. Or it might arrange cover for you. There are many different insurances for volunteers so check that it is specifically for your driving cars or vans on the charity or other organisation’s behalf.

The Association of British Insurers has a list of cover providers who do not charge extra for volunteer driving.