The most expensive sports stadiums in North America for fans

The cost of attending sports games has been on the increase for years, and it’s not just tickets that fans have to fork out for.
Share this guide 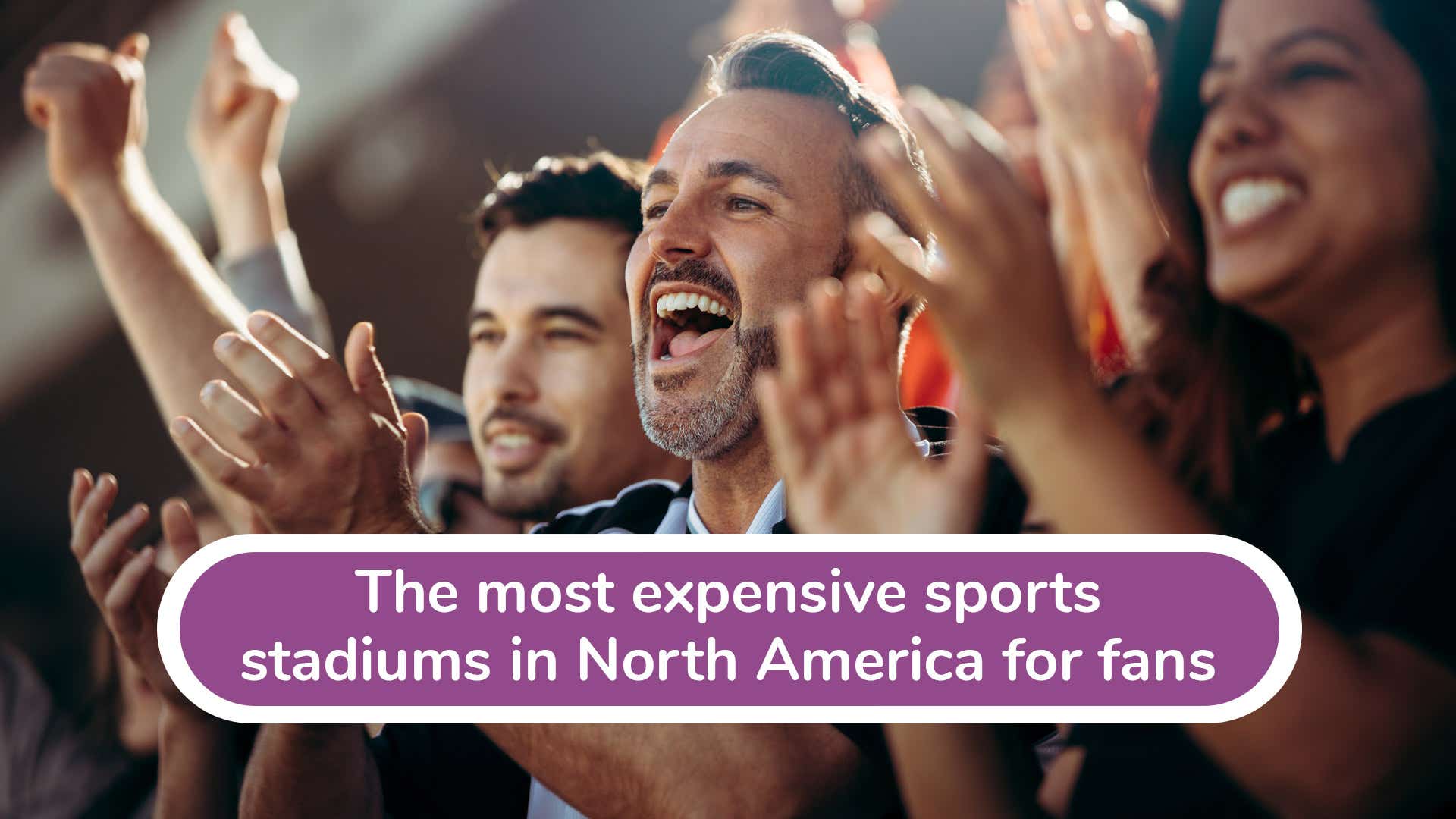 You also have to take into account the cost of food and drink, parking, and maybe even somewhere to stay for the night.

In fact, if you’re a dedicated fan who turns up to every game, you might want to consider spreading the cost by comparing credit cards.

But which are the most expensive sports stadiums in North America for fans?

The most expensive sports stadiums 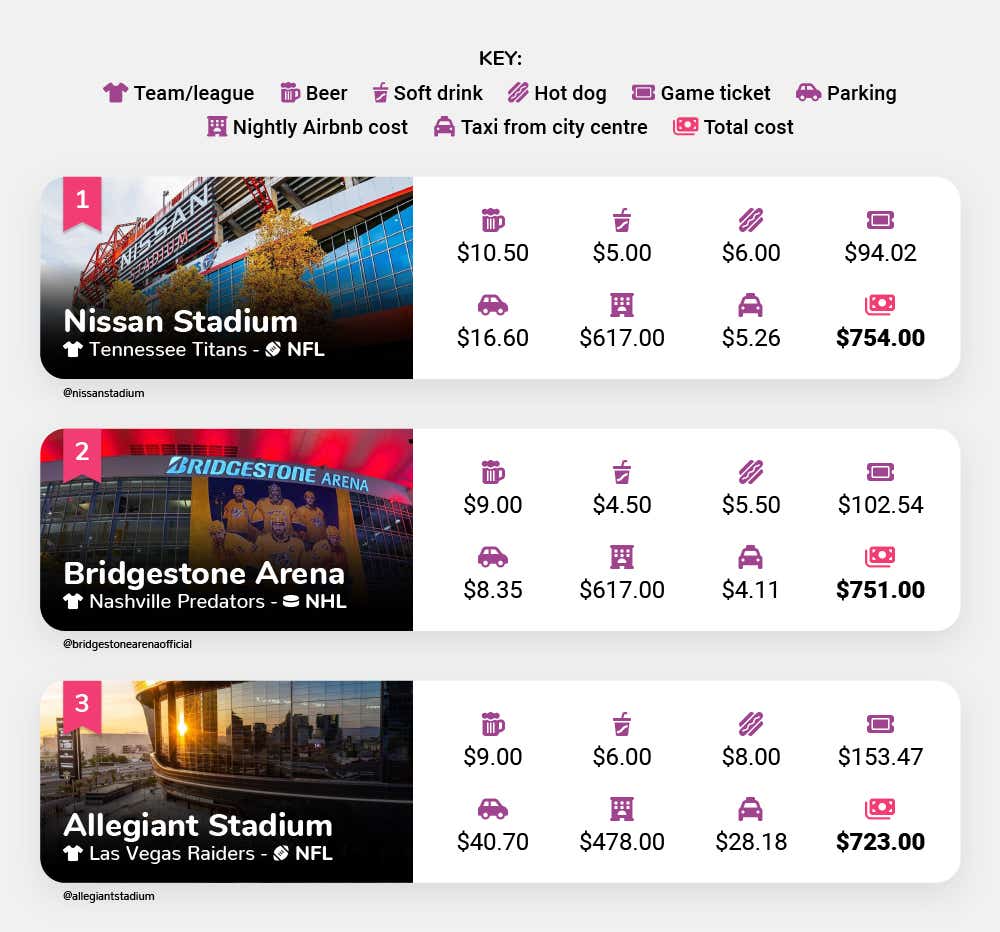 Taking into account seven different costs that fans face, Nissan Stadium is the most expensive sports stadium in North America.

A large part of this cost is the fact that Nashville has the highest average Airbnb cost of the cities to host a major league team, at $617.

Taking that expensive accommodation cost into account, it’s no surprise that another Nashville venue is the second most expensive sports stadium, the Bridgestone Arena.

Overall there isn’t much difference between attending a game at these two venues, although Predators fans do have to shell out an average of over $100 for tickets.

In third place is one of the USA's newest sports venues, Allegiant Stadium, home of the Las Vegas Raiders.

As well as an eye-watering ticket price of over $150, fans travelling from downtown Las Vegas will have to pay an average of over $20 for an Uber to the game. 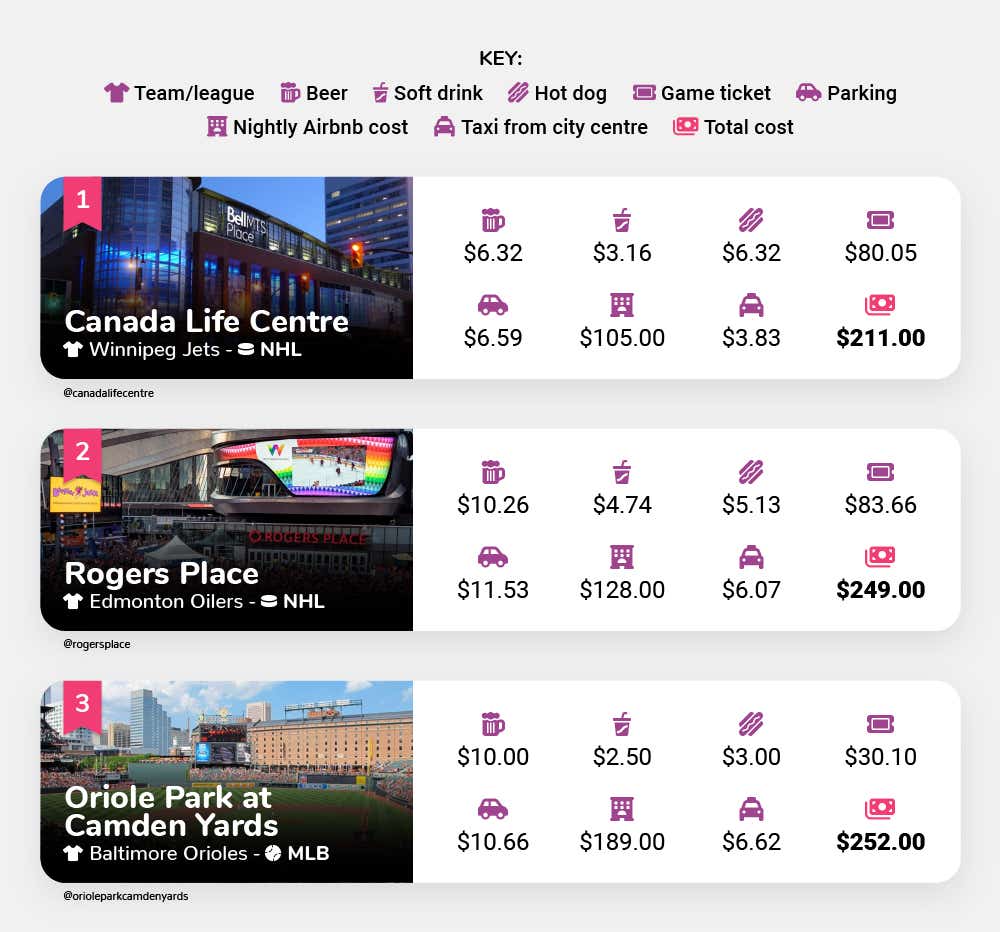 At the other end of the scale, the Canada Life Centre in Winnipeg is the least expensive sports stadium for fans.

While prices at the arena itself are relatively cheap, the reason enjoying a Jets game is so cheap is that Winnipeg has the lowest costs for both Airbnbs and taxis.

In second is another Canadian hockey team, the Edmonton Oilers, at a total cost of just under $250.

Again the main reasons that fans get such a good deal here are very affordable prices for Airbnbs ($128 per night) and taxis ($6.07 from the city centre).

The cheapest sports stadium to visit outside of Canada (and the NHL) is Oriole Park of the Baltimore Orioles, at a total cost of $252.

Oriole Park is amongst the cheapest stadiums when it comes to its food offerings, charging fans just $2.50 for a soft drink and $3.00 for a hot dog.

The most expensive and cheapest sports stadiums for beer

Lots of fans want to enjoy a beer at the game, but doing so usually costs considerably more than at your local bar.

For example, for a New York Rangers game at Madison Square Garden, the cheapest beer on offer costs an incredible $15.

In contrast, the cheapest available beer at Coors Field in Colorado is just $3, with the stadium itself being sponsored by Coors Light, which is brewed locally.

That’s excellent value given the usual inflated prices at sports games, although it appears that this deal only applies to beers before the first pitch.

The most expensive and cheapest sports stadiums for soft drinks

If you’d rather enjoy a soft drink at the game, it’s one of the newer stadiums that comes out as the most expensive, at $8.00 at Seattle’s Climate Pledge Arena.

The arena was redeveloped in 2019 and as the name suggests, it pledges to bring attention to climate change, although its concession prices may deter some fans!

In terms of the stadiums offering the best deals on soft drinks, the homes of the Atlanta Falcons and Minnesota Twins are tied at $2 each.

Both offer a family-friendly value menu that aims to make attending a game more affordable to families, which is a welcome addition!

The most expensive and cheapest sports stadiums for hot dogs

Hot dogs are a time-honoured ballpark tradition, but once again it’s MSG which is the most expensive, at $9.

The Garden is of course one of the most iconic arenas, not just in the US but in the whole world, which is perhaps why people are willing to pay so much.

Once again, the value menu at Mercedes-Benz comes to the fore, charging just $2 for a hot dog.

This time it’s also joined by Chase Field of the Arizona Diamondbacks, another stadium that has offered a new ‘value’ initiative.

The most expensive and cheapest sports stadiums for game tickets

The average cost to attend a Knicks game is over $180, despite the fact that the team hasn’t actually enjoyed much success on the court in the last two decades.

But if you want a cheap day at a game, then baseball is the game for you, with each of the 16 cheapest stadiums being from the MLB.

The cheapest of these was Chase Field of the Diamondbacks, at $22.12, with the team struggling for success in recent years.

The most expensive and cheapest sports stadiums for parking

If you’re driving to a game then parking can be a real challenge, no more so than at SoFi Stadium where the average parking cost is a huge $66.03.

SoFi is another of the nation’s more recent stadiums to open but the huge demand for tickets means that parking is proving a headache for fans.

If you’re a fan of the Miami Dolphins you can actually park for free at Hard Rock Stadium, although there is something of a catch.

The stadium does offer free parking at Lots 19 & 20, although they do need to be reserved in advance and are also located a fair walk from the stadium.

The most expensive and cheapest sports stadiums for Airbnbs

If you need to stay overnight after catching a game, then the place to avoid is Nashville, home to the Tennessee Titans and Nashville Predators.

Here a weekend rental property costs $617 per night, although this figure is inflated somewhat by a small number of luxury properties.

On the other hand, the cheapest city, if you’re looking to book an overnight Airbnb, is Winnipeg, home of the Winnipeg Jets.

Here the average nightly cost on a weekend is $105, making staying over in the city after the game has finished a more affordable option.

The most expensive and cheapest sports stadiums for taxis

If you’re having to make your own way from the city centre to the stadium, then the cost of a taxi can be considerable.

This is especially true in cities where the stadium is located some distance from the city, such as Ottawa.

On the other hand, another Canadian city is actually the cheapest when it comes to taxi prices to the stadium.

In Winnipeg, the Canada Life Centre is located right in the city centre, meaning that in reality, you won’t even need a taxi to get there.

Overall, the most expensive sports stadium in the US for fans is the Nissan Stadium in Nashville Tennessee.

However, the majority of the costs to fans will come before even arriving, due to the average Airbnb in Nashville costing $617 per night.

Taking a total of all seven costs, the estimated cost of attending a game could be as high as $754 if staying overnight.

As well as the expensive cost of staying in an Airbnb in Nashville, fans at Nissan Stadium have to pay $10.50 for a beer, among the most expensive in the league.

The most expensive NBA arena for fans is the Crypto.com Arena in Los Angeles (previously known as the Staples Center).

Here the estimated cost of staying overnight for a game is $524, with the cost of attending the game itself being one of the biggest costs at an average of $143.67.

In the MLB, the most expensive stadium for fans is Petco Park, of the San Diego Padres, with its total costs estimated at $439.

The most expensive arena in the NHL is found in the same city as the NFL, Nashville, with the Bridgestone Arena being the priciest.

The estimated cost to stay overnight and watch a game stands at $751, with the expensive local Airbnb prices playing a part, as well as game tickets costing over $100.

Whether it’s a picturesque golf course on the isle of Jura or the prestigious Monaco Grand Prix, fans from all over the world flock to witness these amazing sporting events; here are some more hotspots to add to your bucket-list. 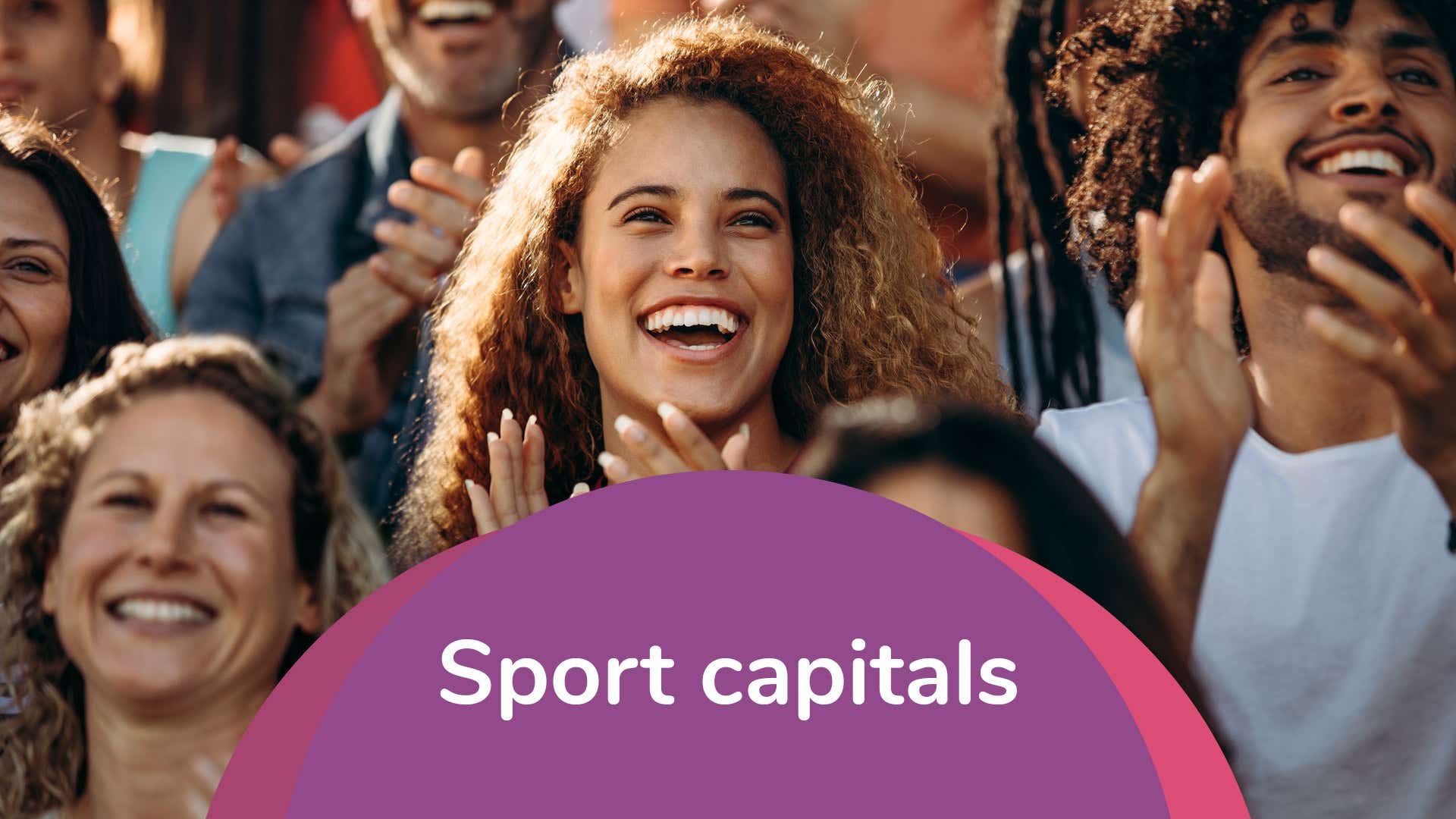 Sport is a huge part of any area’s identity and local sporting teams are often the first thing people associate with certain locations around the world. 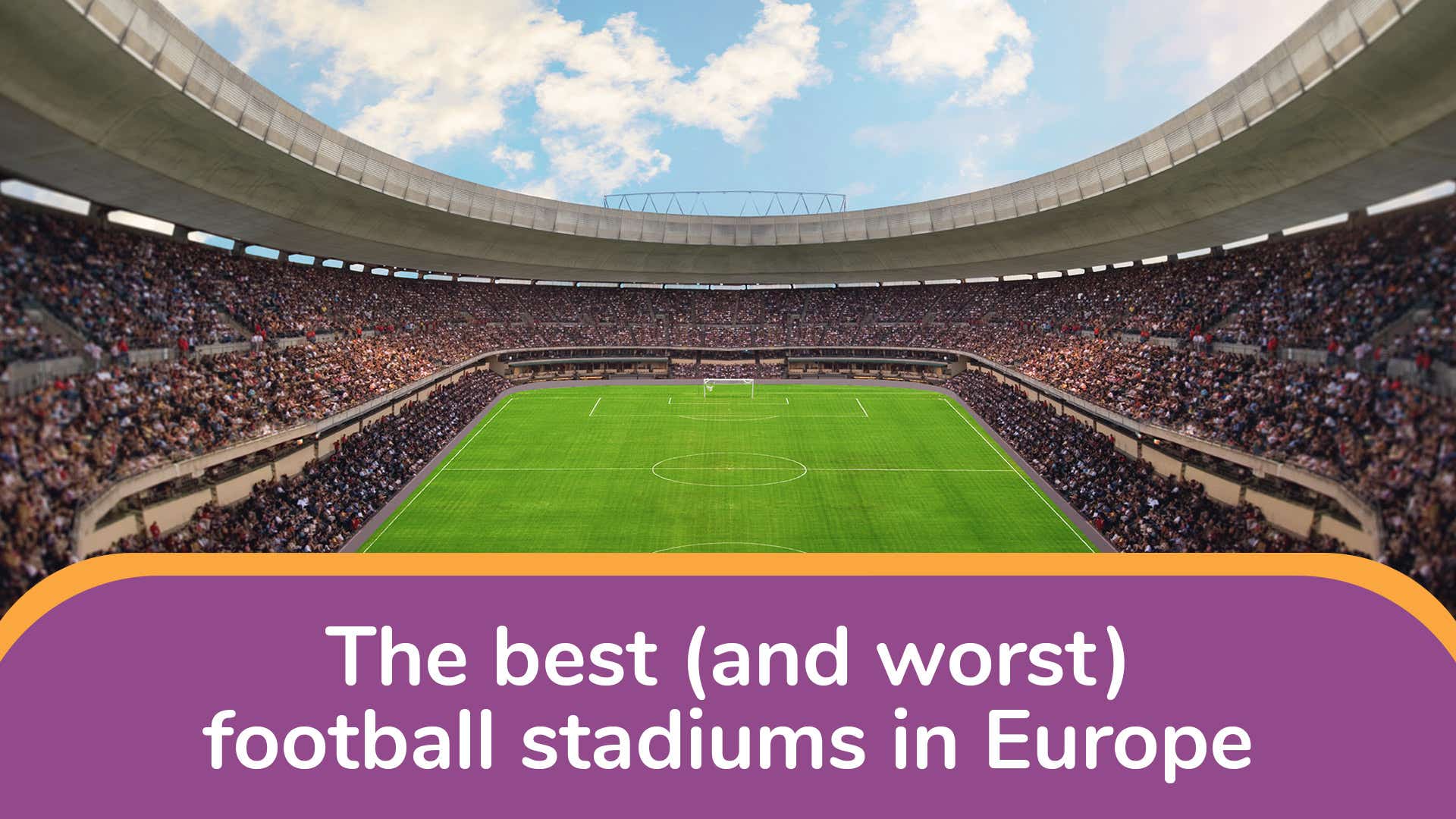 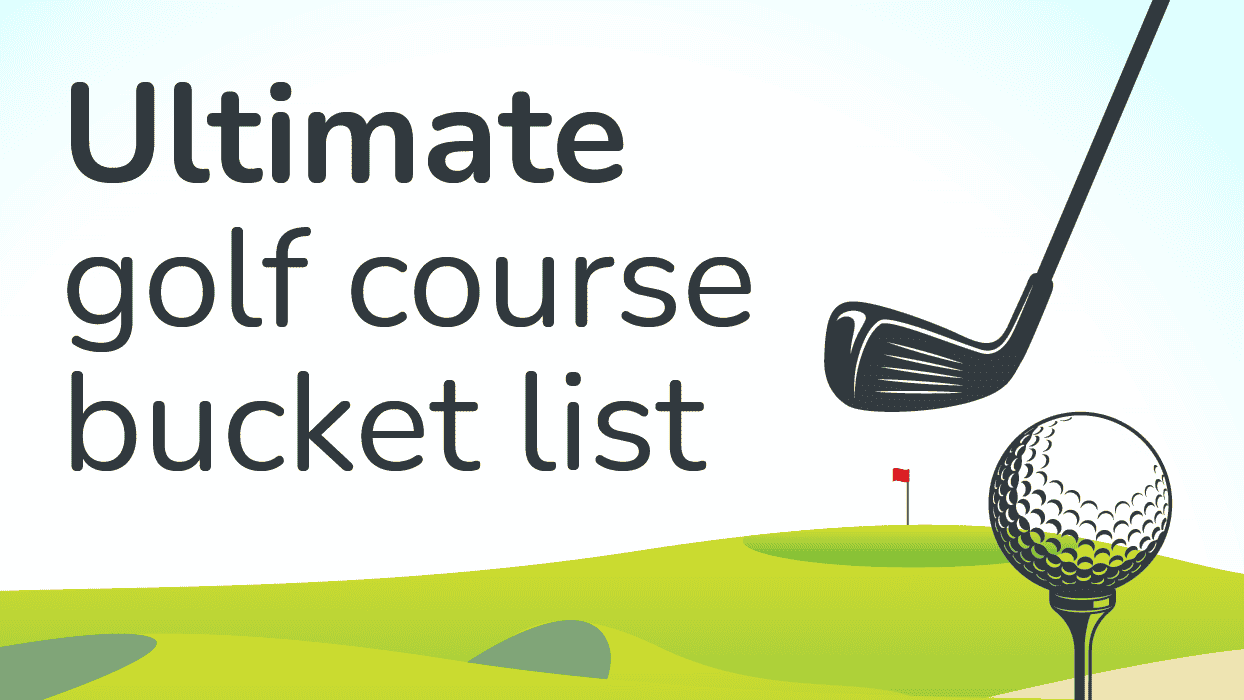 Money.co.uk reveals which of the world’s most prestigious golf courses are the best to visit.

Looking at each team in the NFL, NBA, MLB and NHL, the following three prices were sourced from the latest editions of Team Marketing Report’s FanCostIndex for each sport:

On top of these the following additional costs were also sourced:

Each of these costs was then totalled to estimate the total cost to attend a game at each.