The real cost of childcare around the world 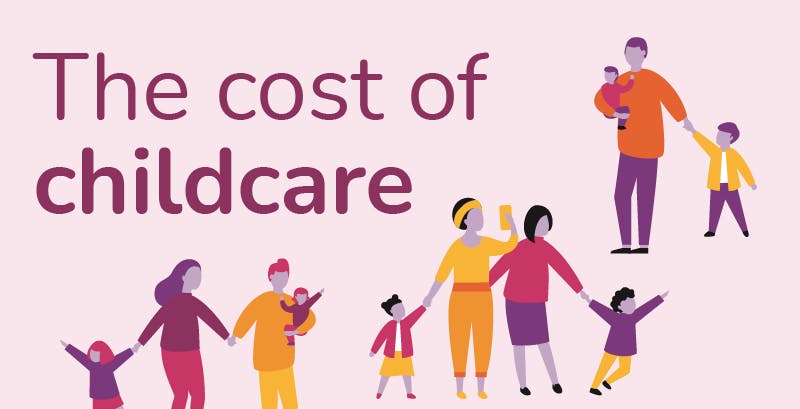 Childcare offers a safe and fun environment where children can socialise, learn and play, but costs can make up a significant proportion of many working parents’ outgoings. But how much you pay can vary considerably depending on where you live.

The Cost of Childcare Report from the team at money.co.uk takes a seed list of OECD* countries to discover the countries around the world with the most and least affordable childcare - and where the UK ranks.

If you're looking to spread the cost of childcare, you could consider taking out a loan. Compare loans to help you find a deal that best suits your needs.

The report identifies what percentage of parents' monthly and annual income will be spent on childcare for children aged 0-2, who may not be entitled to any government or additional funding in their home nation, as is the case for the majority of parents in the United Kingdom.

The countries spending the highest % of monthly outgoings on childcare

Finding good quality childcare can be a difficult task, but childcare is an important element for many working parents. Our report looks at which countries' parents are spending the largest amount of their take-home pay on childcare costs. 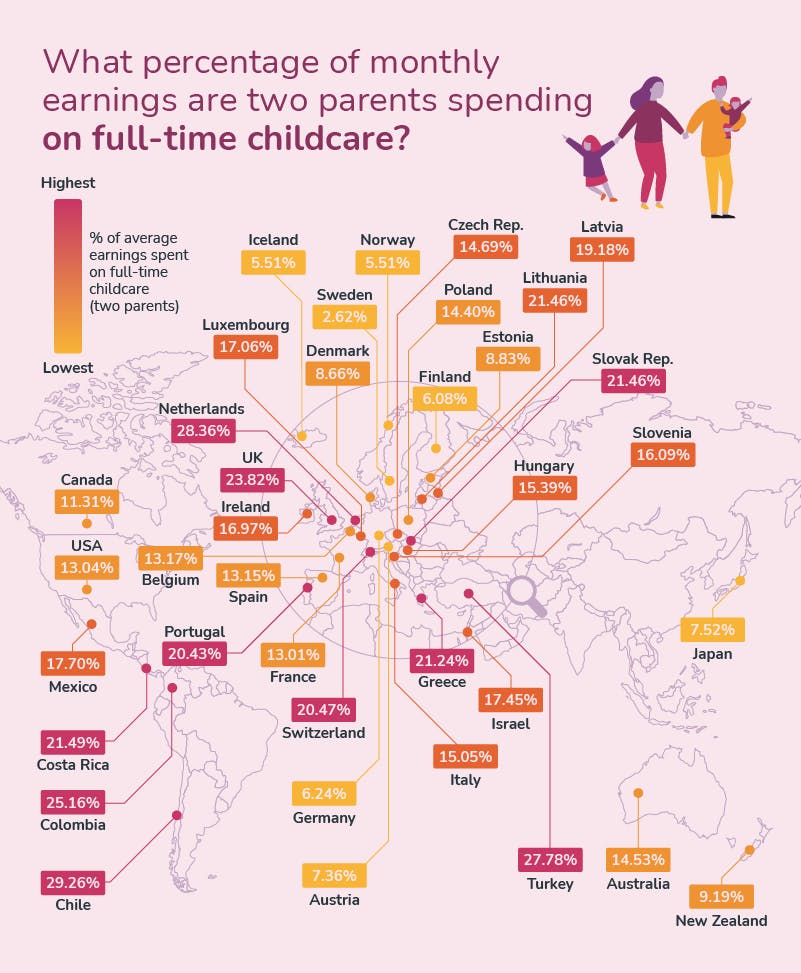 Parents in Chile are spending the largest amount of their monthly salary on childcare (58.5%). With single parents in the South American nation spending well over half of the average monthly income on full-time care, and two parent households spending just under a third of their earnings.

In Chile, single parents earn on average £5,067.12 annually. Comparing this with the monthly and annual cost of childcare at £247.50 and £2,965.20 (five days per week) means that single parents in Chile are spending a whopping 58.52% of their total earnings on full-time childcare.

In comparison, a two parent household can expect to pay 29.26% of their combined earnings on childcare costs.

The Dutch follow closely behind in second place, with single parents in the Netherlands also spending over half the average income on full-time childcare.

Two parent households in the nation can expect to spend 28.36% of their combined average income of £4,406.82 on childcare.

The UK takes fifth place in the report, with single parents in the country spending over half of their average income on full-time childcare.

This figure is halved for two-parent households with an average yearly income of £47,166.96 resulting in 23.82% of their income being spent on childcare.

Childcare prices in the UK alone have increased by 4% over the past year due to the impact of COVID-19 on businesses, therefore parents are being faced with rising costs.

The most and least affordable countries for childcare

Childcare is often the only option for many working parents, but it is also a great place for children to grow and learn, preparing them for socialising at school in the future.

With childcare in such high demand, costs have understandably followed suit, which is why the team at money.co.uk have determined the countries where childcare is the most and least affordable.

Sweden is crowned the cheapest country for childcare

Cost of childcare in Sweden

The quality of childcare in Sweden is among the best in the world, with long, government-funded paid parental leave. Working parents are entitled to 480 days of paid parental leave, with very few countries around the world offering even half as many days. 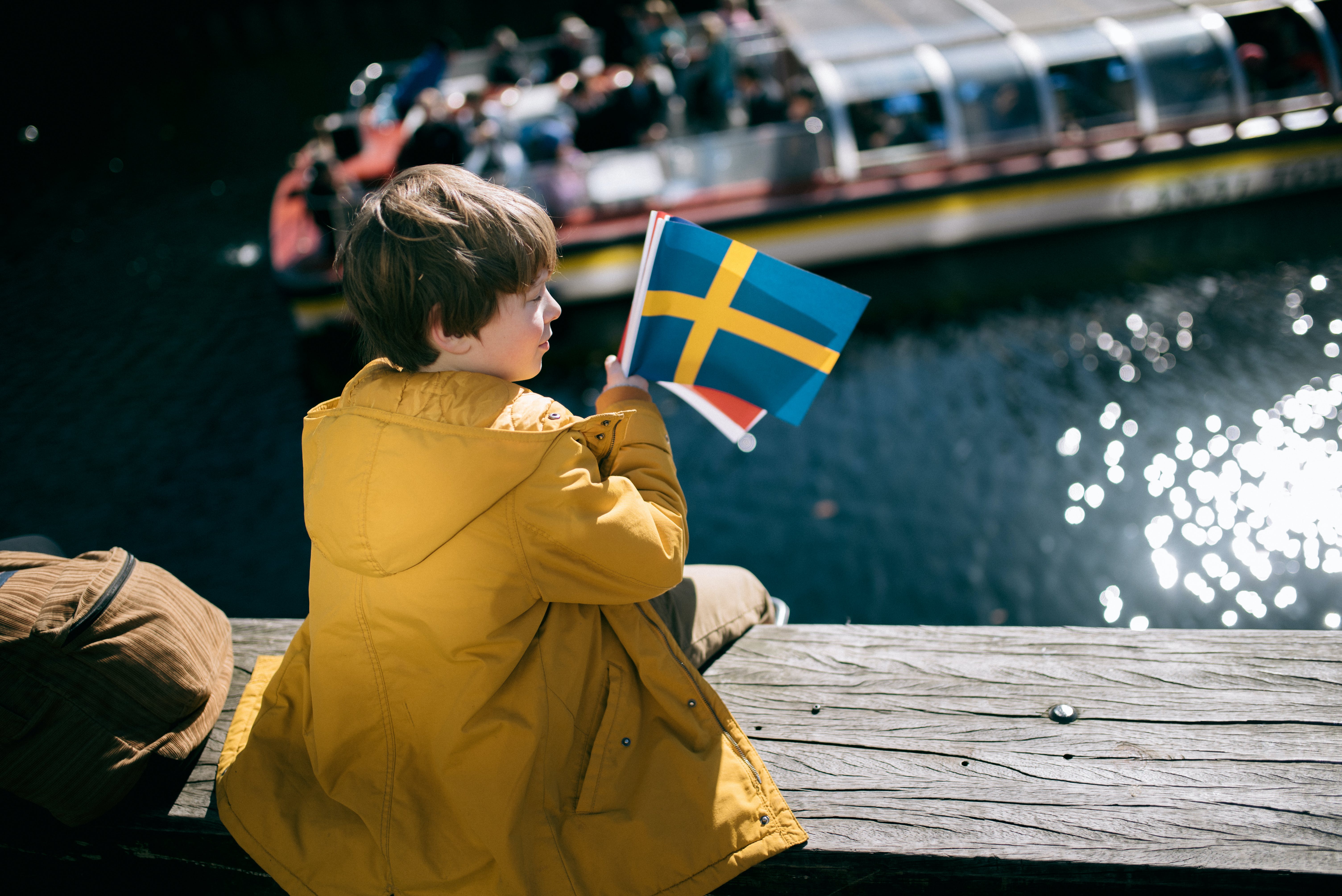 It therefore comes as no surprise that Sweden leads the way as the most affordable country for childcare. Working parents in Sweden are supported with a low-cost daycare rate of £5.75 a day, and the latest OECD data shows almost half (46.3%) of children aged 2 and under attend daycare.

Cost of childcare in Colombia

Colombia has made significant and positive progress in developing its early childhood education and care (ECEC) provision, moving towards a more formalised system in recent years.

As a result, participation rates in childcare have surged. Between 2007 and 2013, enrolment in early childhood education services among 0-5 year-olds in Colombia more than doubled, from 16% to 41%.

Colombia, where almost a third (30.9%) of children aged 0-2 are in childcare, closely follows as the second most affordable country for daycare in the report. If a busy work schedule requires care for your child five days a week, then Colombian parents will pay an average daily cost of just £5.89. Over the year this equates to £1,414.32 - 12% less than parents pay for full-time childcare in Mexico (£1,594.32).

Cost of childcare in Mexico

Although childcare centres run by the government do exist in Mexico, private childcare is much more common and considerably easier to find, which could be a factor in why Government enrollment rates in Mexico are considerably low.

Mexican parents only requiring childcare services two or three days per week will pay less than £1,000 over the course of an entire year (£956.59 and £637.73 respectively) in fees.

The most expensive countries for childcare costs 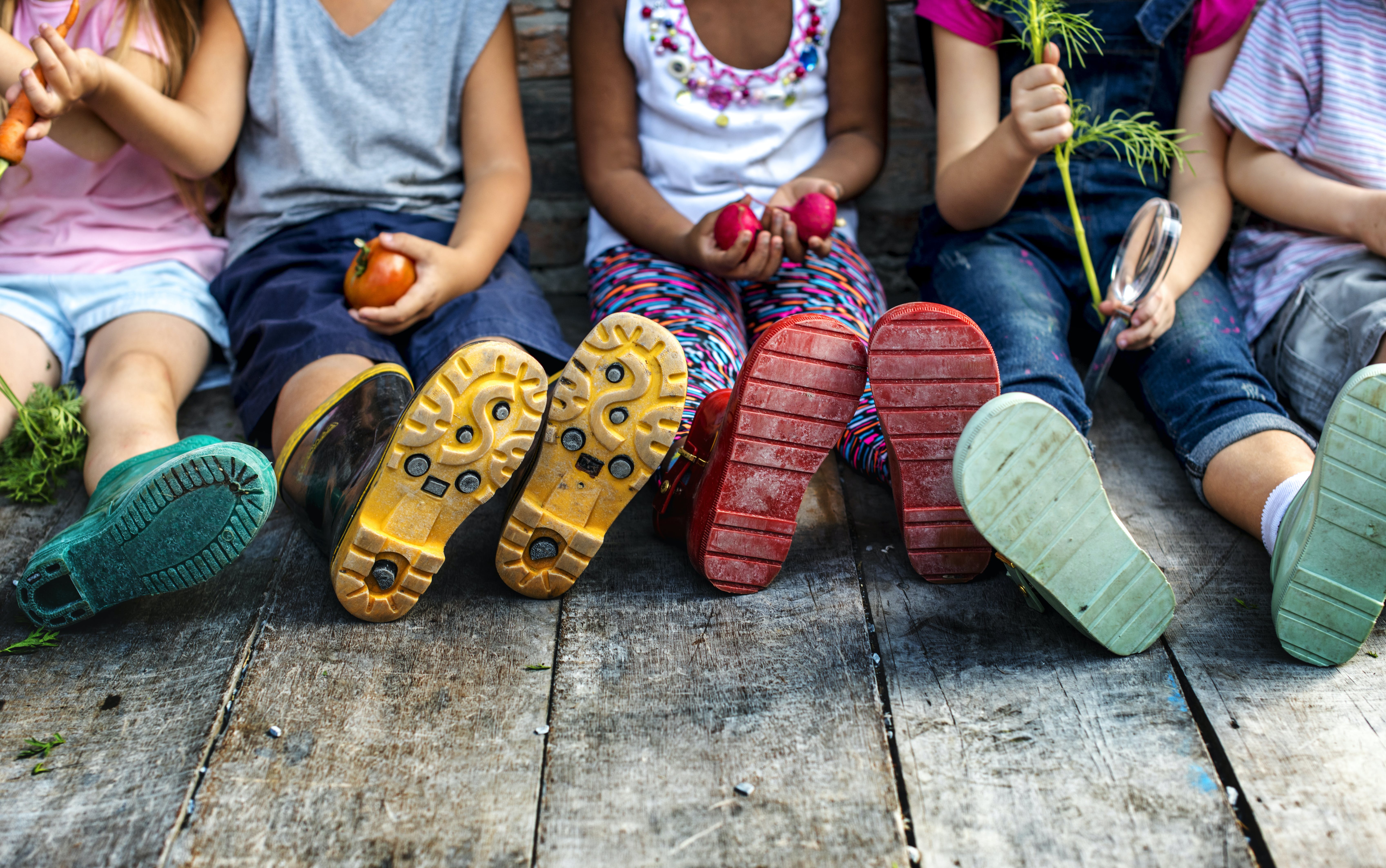 Cost of childcare in Switzerland

A report by the United Nations Children’s Fund (UNICEF) found that Switzerland is one of the most expensive countries in the world for childcare, and has also been ranked low for its flexibility regarding parental leave.

Despite being one of the priciest countries around the world for childcare, almost two fifths (38%) of Swiss children under the age of 2 attend daycare, so how much are their parents paying on average?

Swiss parents able to send kids to childcare three days a week will still face an annual bill of 13,277.38, with those reducing to just two days still tackling a shockingly high yearly amount of £8,851.58.

Cost of childcare in the Netherlands

The Netherlands, already one of the most expensive places for childcare, will see costs rise between 2.3% and 2.9% in 2022, as a result of higher wages according to organisations BK and BMK.

However, despite being second place on the list as the most expensive country to send your child to daycare, almost two thirds (65.5%) of children (aged 0-2 years old) are currently enrolled in childcare in the Netherlands.

Parents using childcare facilities three times a week will spend £8,999.50 in a year, while those relying on it just twice a week can still expect to pay £5,999.66.

Cost of childcare in the UK

Despite the UK being the fifth most expensive country for childcare costs, 45.1% of 0-2 year olds are enrolled into a daycare programme.

Budgeting for childcare costs: Guidance on financial loans to help you through maternity leave 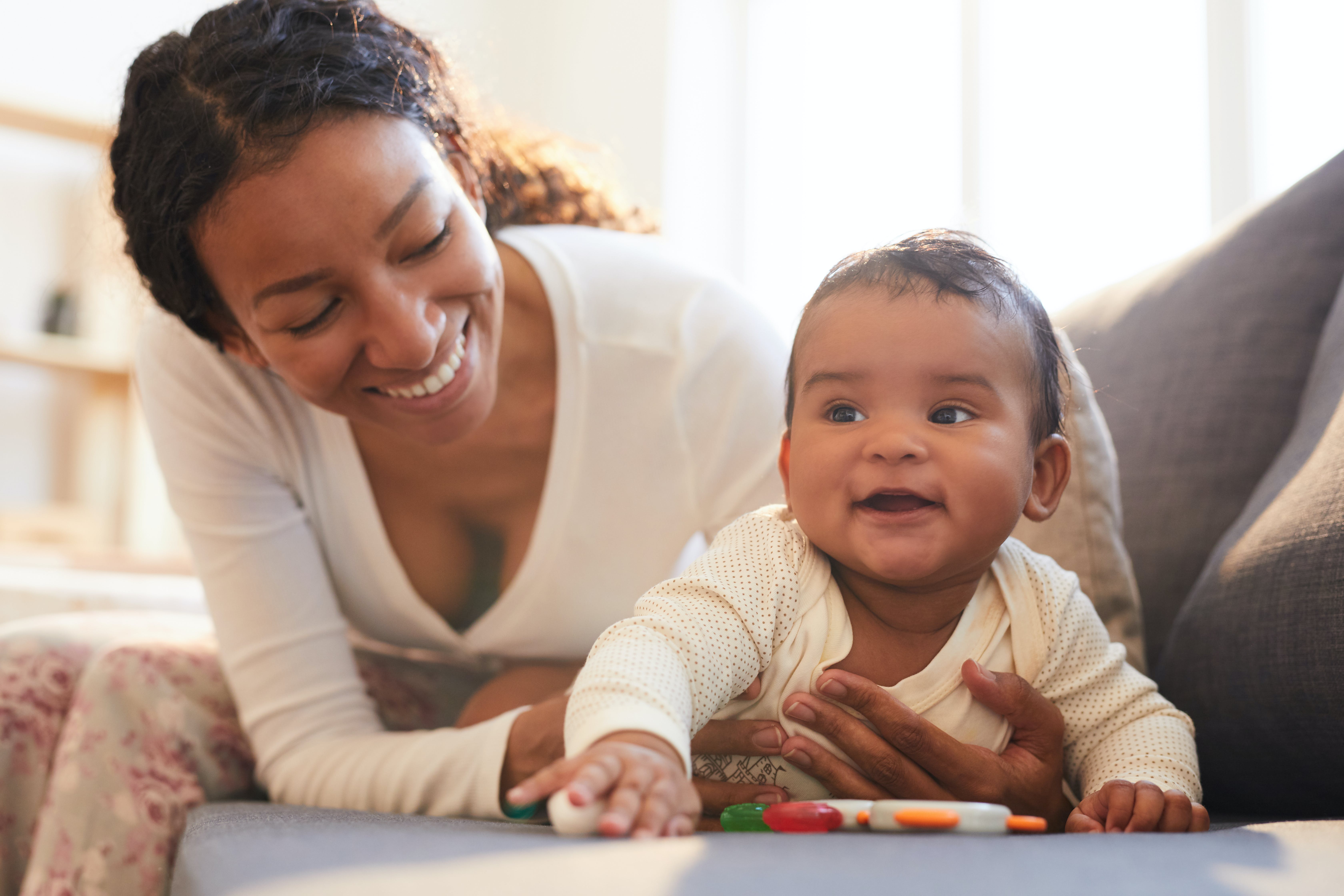 Having a baby is one the great joys of life, but it also comes with a lot of stress for new parents. It is only normal for the majority of parents to be concerned about the cost of childcare and the implications of flexible working from the very instant they find out they are pregnant.

There’s no denying that childcare is one of the most costly aspects of adding to your family. It takes up a significant portion of household income if you’re not lucky enough to have any local family or friends willing to help you out during those initial years. Here are some ways you can get help:

Parents of three and four-year-olds can apply for 30 hours of free childcare a week. To qualify you must work at least 16 hours a week at the national living or minimum wage and earn less than £100,000 a year

For children under 20, some families can get help with childcare costs

Available to working families and the self-employed, for every £8 you put in the government will add an extra £2. Here is more information on how the Tax Free Childcare scheme works.

How to create a budget and factor in the important costs:

It’s a good idea to revisit your household spending at regular intervals, especially if you are planning on starting a family in the future. You will need to consider how much you’re able to save up during pregnancy, and then revise your budget again when the time comes to take parental leave.

If you're an employee, you should be entitled to statutory maternity, paternity or parental leave. Your company might also offer additional payment or benefits to help top up your monthly income. Add these payments to any savings that could help cover your necessary costs, then divide this amount by the number of months you plan to take off.

Keep in mind that day-to-day expenses will likely change when you are not at work. For example, you will save money on not travelling to and from work on a daily basis, but household gas and electricity bills are likely to increase due to spending more time indoors.

If both you and your partner plan to return to work following parental leave, you will need to consider childcare costs. Unless you are able to take advantage of help from friends, grandparents, or other family members, you will need to decide whether to send your child to a childminder or a daycare facility such as a nursery.

Luckily there is help for parents to manage these costs, including free childcare (for children aged between three and four) for a set amount of hours each week, tax relief on childcare you pay for, and tax credits.

If both parents are wanting to focus on their careers, but you also don’t want to send your child to daycare on a full-time basis, getting creative with work schedules could be an option. Asking your place of employment about flexible working hours is a great option for making sure one parent is always at home with the child. For example, one parent may work an early morning shift while the other parent works a late shift. This might not work for your family’s situation or jobs, especially in the long term, but it’s a workable short-term option if your schedules can be adapted.

Working from home is another option. Since the beginning of the pandemic, working from home and hybrid working have become more popular, especially among parents who have benefitted from a more balanced home/work life. However, it still may be necessary to obtain some sort of childcare, depending on the demands of the job. Hiring a part-time caregiver or asking a family member to take the child for a couple of hours during the day may be a good option in this situation.

What help is available to UK parents?

Working Tax Credit is money provided to boost the income of working people who are on a low income.

Universal Credit is a single monthly payment for people in or out of work, which merges together some of the benefits and tax credits that parents might already be receiving.

Universal Credit payments can include an amount to help with the costs of looking after children.

Tax-Free Childcare is a government scheme available to working parents with children under 12 years old, or under 17 years old with a disability.

Tax-Free Childcare doesn’t have to be used solely on daily childcare costs, it can also cover the cost of:

*The Organisation for Economic Co-operation and Development is an intergovernmental economic organisation with 38 member countries, founded in 1961 to stimulate economic progress and world trade.

The Cost of Childcare Report by the personal finance experts at money.co.uk discovers which countries are the most affordable for childcare costs.

Taking a seed list of OECD countries, the report discovers what percentage of parents' monthly and annual income will be spent on childcare (aged 0-2 who aren't entitled to any government or additional funding), by using the following metrics: