Money.co.uk has discovered the listing price and mortgage repayments of some of the world’s most iconic palaces.
Share this guide 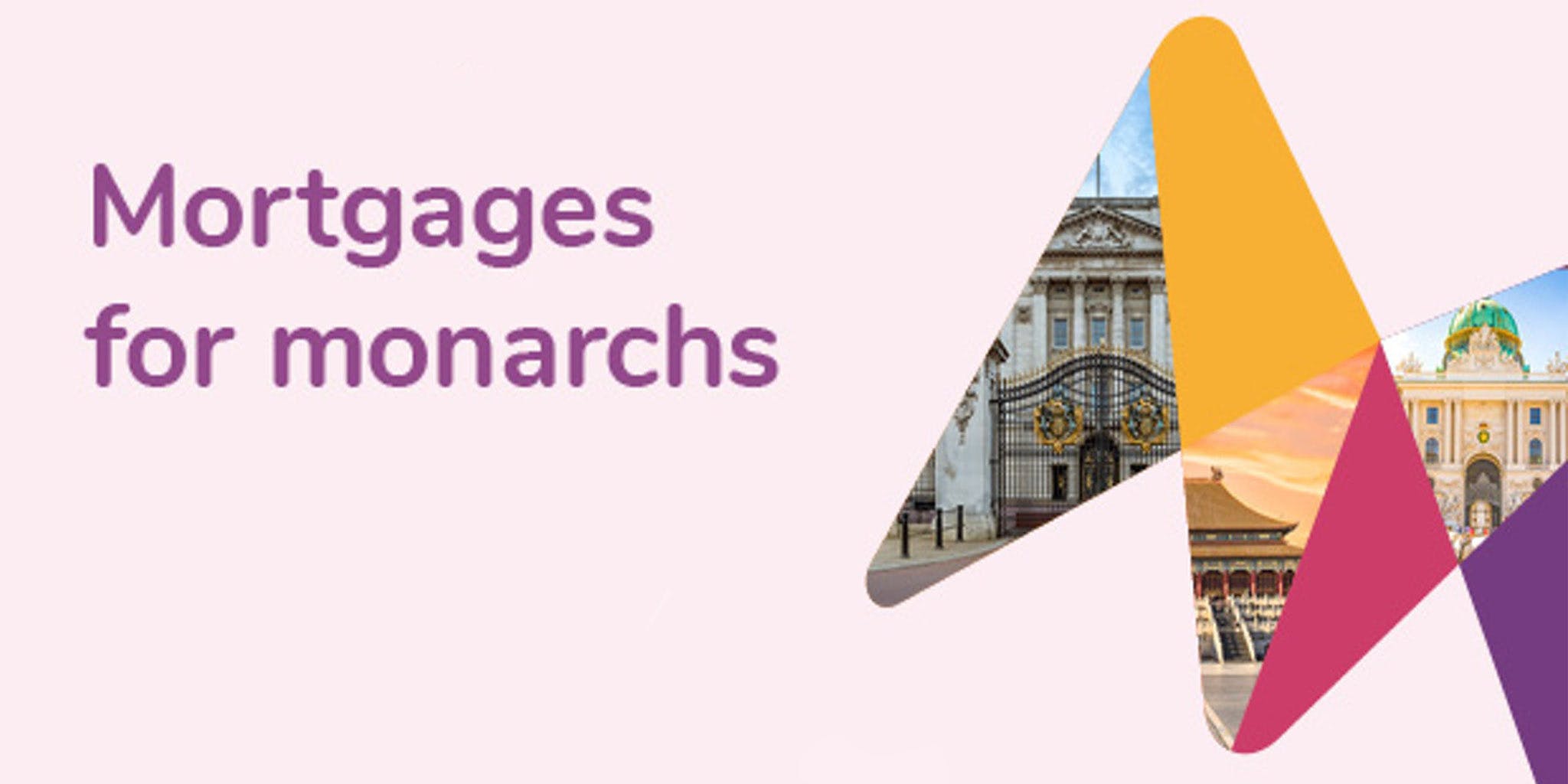 Royals are used to luxury, and their residences reflect their tastes. Not limited to expensive interiors and contents, the world’s palaces are also some of the largest and most valuable real estate in their respective countries.

Compare mortgages on your own dream home.

The 10 most expensive royal palaces around the world 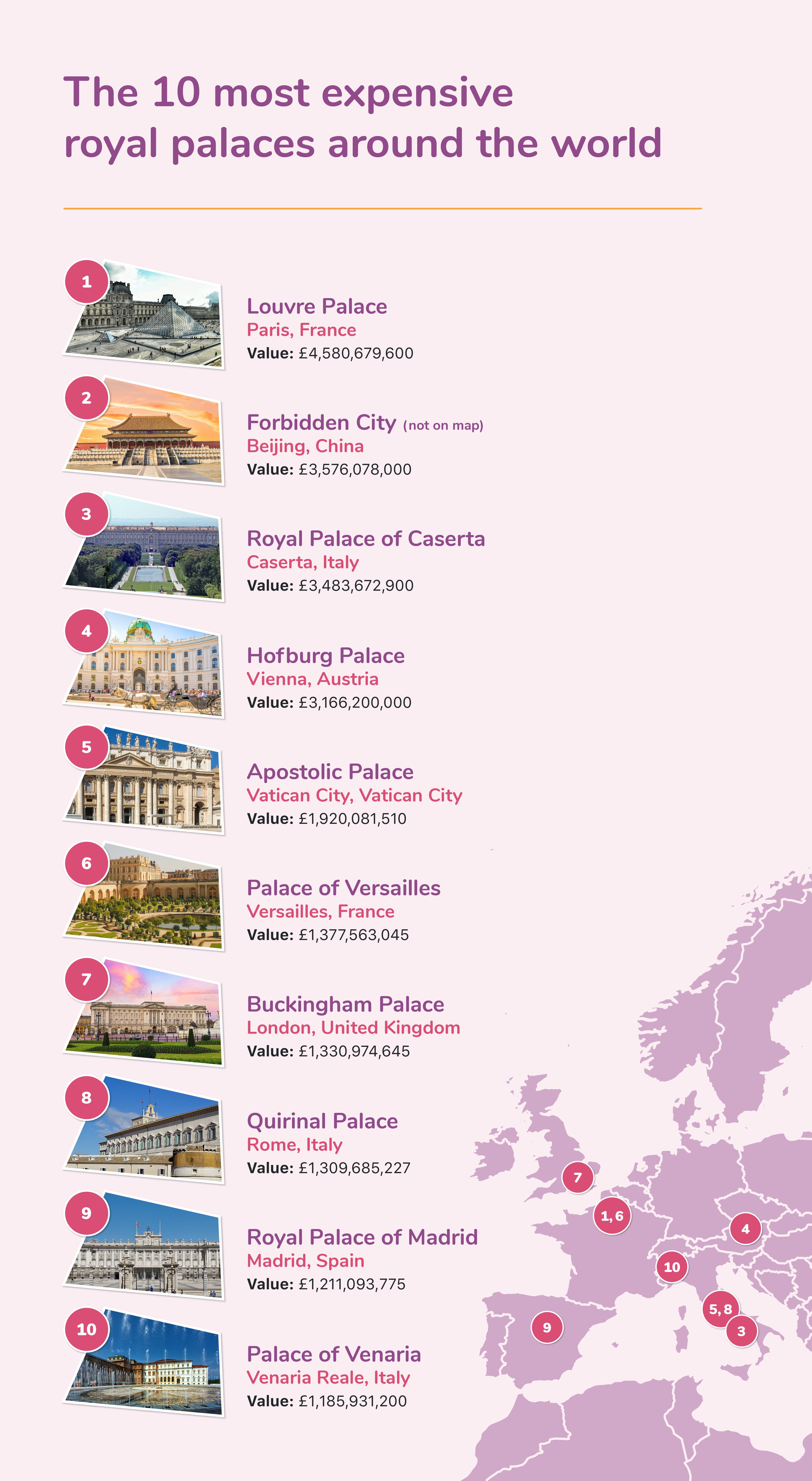 Coming in at number one on the overall list is the Louvre Palace in Paris. Although now the home to the world-famous Musée du Louvre, it was originally built as fortress. It became a palace in the in the late 14th century under Charles V, and was used from by the kings of France as their main Paris residence. Our methodology estimates its worth at around £4.5 billion, enough to comfortably top our list.

In second place is Beijing's Forbidden City. With a staggering 9,999 rooms, it is one of the most complex builds in the world and would be listed for an eye-watering £3.5 billion. A World Heritage Site since 1987, it was listed by UNESCO as the largest collection of preserved ancient wooden structures in the world.

The third place on the podium belongs to Royal Palace of Caserta, valued just behind the Forbidden City at £3.4 billion. Although the biggest in size at 235,000 m², the average price of an Italian apartment, which forms part of our calculations, pushes its value down.

A staggering 9 in 10 of the world’s largest palatial residencies are based in Europe. This is testament to the lavish history of the royal courts of the last 1000 years and the high property values of its modern cities. The average cost of a royal palace is £2.3 billion, with an average grounds size of 146,265m².

We also calculated the overall cost of the world's most valuable palaces, from London to Istanbul:

Unsurprisingly, iconic London landmark Buckingham Palace comes in as the UK's most valuable. Being the Queen's primary residence and the only UK palace to top the billion mark, our calculations value it at £1.3bn. Its 77,000m² size and central London location helps push its value up considerably. On the average UK salary, and with a 10% deposit of £130 million, it would take just over 44,000 years to buy it outright.

Windsor Castle comes in second at an impressive £947.8 million. Being the UK’s second largest palace, it’s 54,825m² grounds mean it would take the average UK worker over 31,000 years to own it. If you haven't got that sort of time on your hands, Sandringham House – one of the Queen’s two private residences – is valued at £777.2 million and would take just 25,908 years to buy outright.

At the other end of the scale, the smallest royal palace – and the most affordable – is Tamarisk, named after the trees that obscure this picturesque cottage on St Mary's in the Isles of Scilly. At just 76m² it would cost a much more affordable £1.3 million, but still take 44 years to buy outright with the average UK salary.

We also calculated the overall mortgage value of 20 royal palaces in the UK: 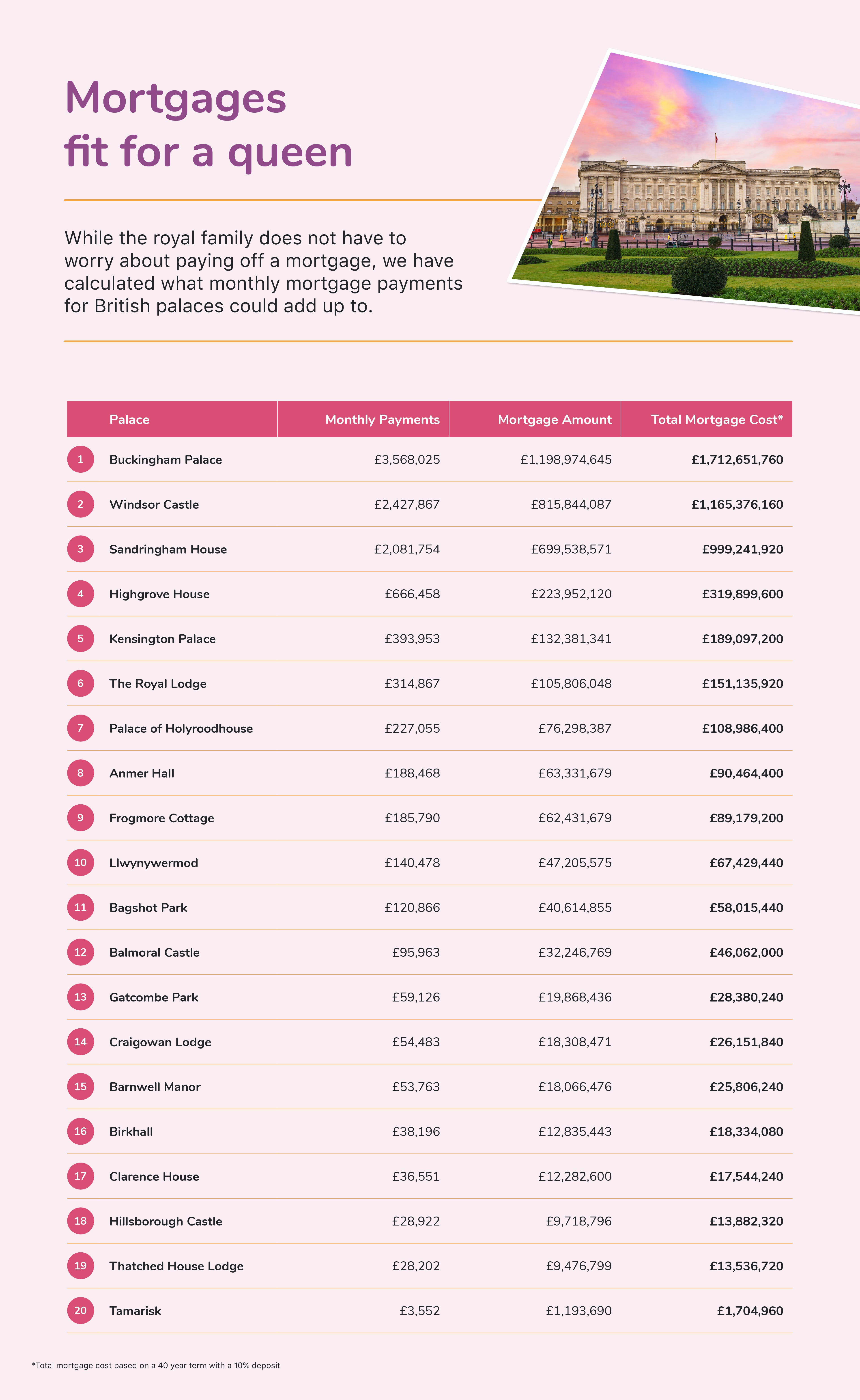 Looking to buy your own palace?

Our expert mortgage comparison makes finding the right deal for you easy. Take a look at our mortgage deals today and see what you could save when you compare mortgages.

In order to discover the m² of properties, we used Google maps planning tool and worked out the circumference of the known grounds or property.

We subsequently multiplied this size by the average house price per m2 according to Numbeo. Then we applied a 50% cultural and historical value bump to that value to get our final listing price.

Mortgage rates were worked out with Bankrate UK’s mortgage calculator, assuming a 40 year mortgage and 10% deposit.