Making a new phone purchase is a key decision that you need to get right. Whatever you're looking for, whether it's a specific handset or deals from a certain provider, you can compare mobile deals here.

What type of mobile deal are you looking for? 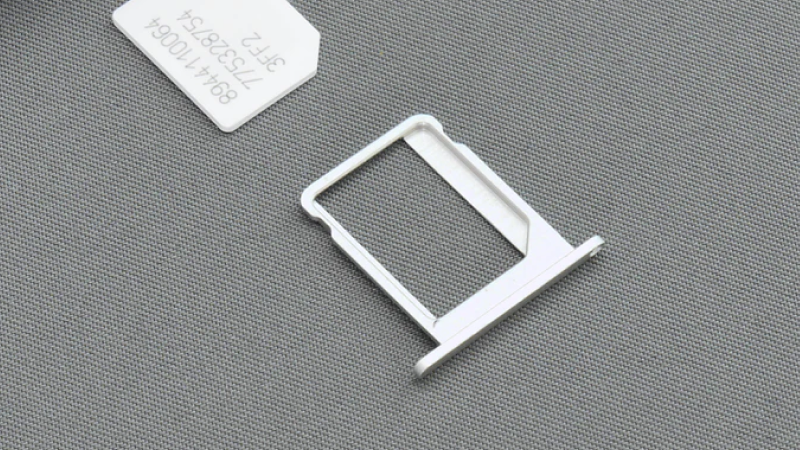 Already have a mobile phone? Compare and find the best sim-only deal for your needs. 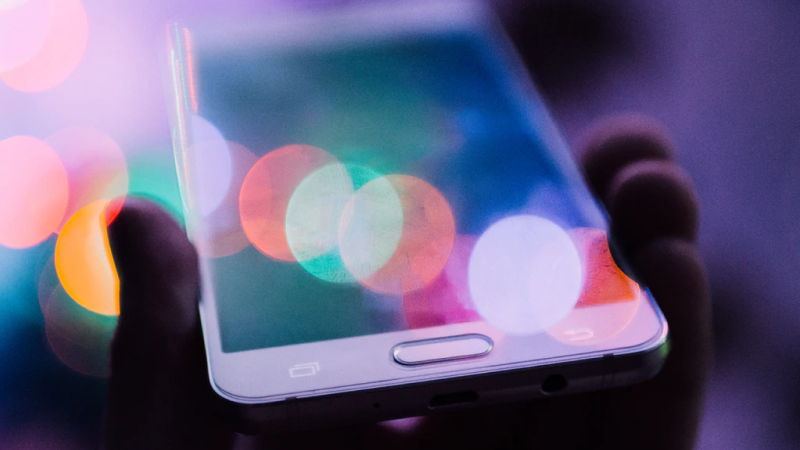 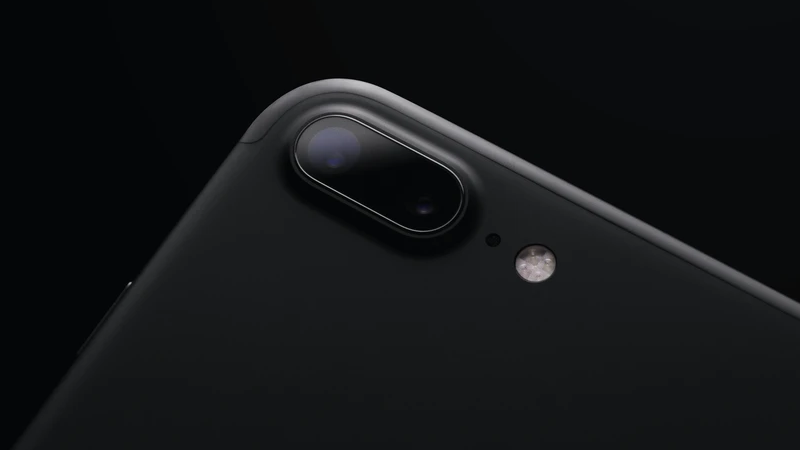 Not sure which phone you want? Compare all mobile phone contracts. 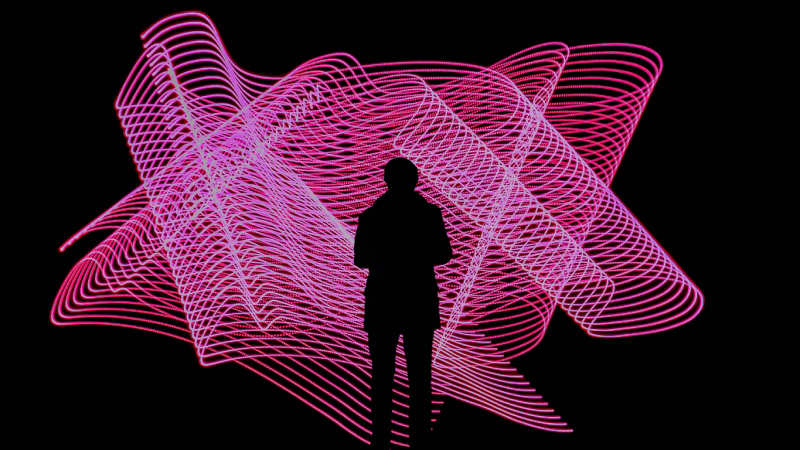 Read up on mobile phone networks and compare available deals. 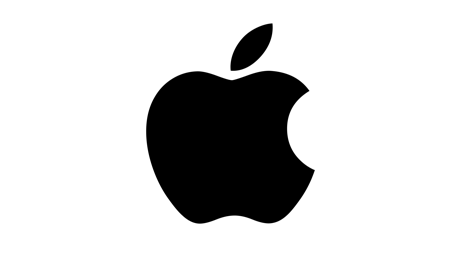 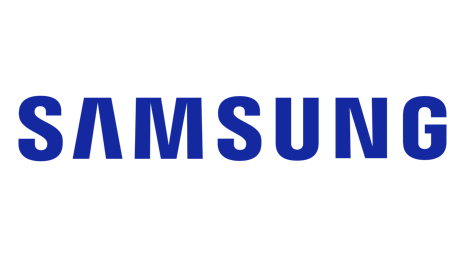 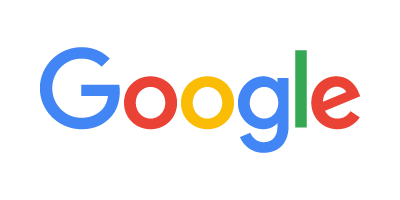 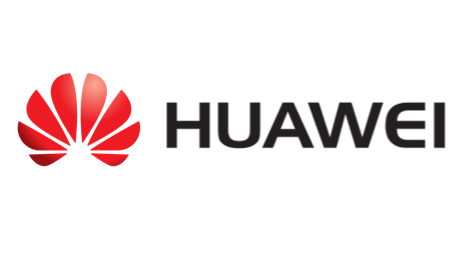 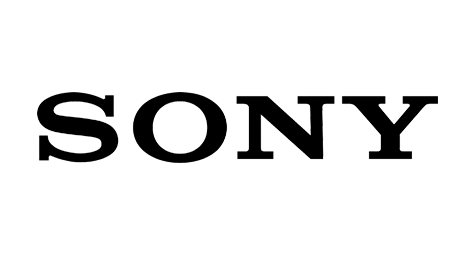 How to compare mobile phone deals

Whether your contract’s coming to an end or you’re on the hunt for the latest handset, it’s worth comparing your options to find the best mobile phone deals. You’ll find offers from all the main UK networks at Money.co.uk.

With so many manufacturers, phones, and networks, there’s a lot to consider. We’ll walk you through it below so you can make sure you’re on the best plan, at the best price.

Why should I compare mobile phone deals?

Cost is the most obvious reason to compare mobile phone deals. You can save money by running a free mobile comparison with Money.co.uk, which has a wide range of contract terms and price points. Beyond cost, however, you’ll also be able to choose a plan that ticks all the boxes in terms of smartphone brand, contract length, data, minutes, and more.

How do I compare phones?

Ready for an upgrade? Here’s what to consider when you’re comparing smartphone deals:

From Apple to Samsung to Google, there are dozens of smartphone manufacturers to choose from. However, don’t rule out the lesser-known brands as well if you’re after a more affordable phone deal.

Apple phones use the iOS operating system, while other manufacturers usually come with Android or Windows. If you’re familiar with one type of system, navigating the features of a new one might take some getting used to.

Whether or not you’re interested in the technical side of your smartphone, it’s important to compare specs like battery life, display and storage.

How do I compare phone deals?

Mobile phone deals involve more than the phone itself. You’ll also need to think about the type of contract or plan that best suits your lifestyle and budget. Here’s what to look for when you’re comparing phone deals with Money.co.uk:

Does the network serve your area? If you live in a remote or rural area, you might have limited coverage.

Naturally, the price is one of the first things you’ll see in any mobile phone deal comparison. You’ll need to think about upfront costs, monthly payments and potentially mobile phone insurance.

Try sorting your deals by total cost of contract rather than monthly payment amount, so that you can factor all these costs into the deal.

When comparing phone deals, you’ll need to choose the right level of data. This could range from as little as 500 megabytes to 30 gigabytes or more. Some plans even come with unlimited data, which gives you full internet access for worry-free downloads.

Networks are quite competitive and offer free gifts or bonuses to lure you into a contract. This could include anything from free phone accessories to trial subscription services or cashback deals.

Should I choose pay as you go or pay monthly contract phone deals?

The right type of plan depends on how often you use your phone, your budget, and which networks are available in your area.

When you compare offers using Money.co.uk, you’ll be able to see mobile phone deals from both well-known UK networks as well as smaller providers. Here’s a look at some of the main networks:

You may know BT from its broadband services, but it also offers fast 4G network coverage with discounts for broadband and TV customers. BT Sport is another popular perk.

EE offers extensive UK coverage, with the fastest 4G speeds (up to five times faster than 3G). It also includes incentives like free subscriptions to BT Sport and Apple Music.

giffgaff is one of the UK’s most affordable network operators, with flexible plans and price points as well as a good selection of refurbished mobile phones.

Lebara Mobile offers SIM only deals, with a particular focus on cheap international calls and texts.

Inclusive roaming in 36 destinations, flexible contracts and bundled deals with Sky TV are all perks of Sky’s SIM only plans.

The supermarket giant offers free Tesco Clubcard points to its mobile customers, along with use of the O2 network.

One major Three Mobile perk is its Go Roam scheme, giving customers free international roaming in 60 locations. It also offers the Go Binge scheme to stream TV on Netflix without cutting into your data allowance.

As with some other providers, Virgin offers discounts for existing broadband and TV customers so it’s worth checking out bundles.

This is a good choice for those seeking flexible SIM-only deals without a credit check. VOXI plans include use of social media and messaging apps without cutting into your data allowance.

Can I keep my number when I change my plan?

Yes. In fact, it’s now easier than ever to keep your old number when you switch. All you need is your PAC (Porting Authorisation Code), which you can get from your current provider. Simply text ‘PAC’ to 65075 to start the process. Your provider is required to answer within one minute, sending over your switching code or PAC number. It will be valid for 30 days. All you need to do is submit this to your new provider to complete the process.

Can I keep my old phone when changing a plan?

Yes. If you’re happy with your current phone, there’s no need to purchase a new handset. Look for a SIM-only deal rather than a contract that includes the cost of a new phone. With a SIM-only plan, you only need to pay for the minutes and data each month. This usually works out to be far less than a comparable plan that also includes the cost of a new handset.

No. The cost of your mobile phone contract will depend on a variety of factors, including the inclusive data and minutes. Cheaper deals quite often give you the same handsets as more expensive deals. The difference in price boils down to what else is included in the plan. More expensive plans will have higher (or unlimited) data, minutes, and phone calls.

How can I find out what type of network coverage is in my area?

There’s good network coverage available throughout the UK in general, but not all locations will be covered by every single network. If you live in a rural area, your options will depend on the distance to a mobile phone transmitter tower. To find out what’s available, you can use Ofcom’s postcode checker or contact each network directly.

How does a pay monthly phone contract work?

With a pay monthly phone contract, you’ll choose a contract length. This will usually be either 12, 18, or 24 months. For the duration of the contract, you’ll be charged a fixed fee each month that covers line rental as well as a set number of minutes and texts. It will also cover a fixed amount of data for each month. Some deals will charge an upfront cost for your smartphone, while others will work this cost into your monthly payment plan.

What are the benefits of a pay monthly phone contract?

If you want a brand-new smartphone, pay monthly contracts give you immediate access without paying the full amount upfront. You’ll also usually have a larger bundle of data, minutes and texts with a lower per-minute cost than what you’d have with a pay as you go plan. Pay monthly deals often include free gifts or incentives, so it’s worth looking into your options.

Are there always upfront costs with a pay monthly contract?

No. Compare mobile phone deals with Money.co.uk and you’ll see that many don’t involve any upfront costs. When upfront costs are involved, it’s usually for more expensive mobile phones. For older or more budget-friendly models, the cost is easily spread out over time without a down payment.

How does a SIM-only plan work?

While a pay monthly contract spreads the cost of your smartphone out over the duration of your contract, a SIM-only plan doesn’t come with a handset. Instead, you’ll need to pay for your phone upfront or use your existing phone.

Is there a difference between SIM-only and pay as you go?

Yes, these are two different types of smartphone deals. With a pay as you go plan, you’ll top up your account in advance with credit. Each megabyte of data, call, or text then comes out of this balance. With SIM only plans, you’ll have a monthly allowance of calls, texts, and data, with a monthly bill. But unlike pay monthly plans that lock you into a longer contract, SIM-only plans often roll from month to month for added flexibility.

Can I cancel my phone contract if I change my mind?

Maybe, but it’s important to read the fine print carefully with any contract. Most pay monthly contracts include a 14-day cooling off period that lets you cancel without penalty. After this point, you can expect to pay a cancellation fee. However, there are some circumstances that allow you to switch providers mid-contract, such as poor network coverage.

How much mobile phone data do I need?

If you primarily use your smartphone at home, accessing home broadband, you might not need very much data. For light browsing, social media use and emailing, 1-3GB will probably be sufficient. For more intensive streaming and video use requires 4-8GB of data per month, while heavier users will want at least 10GB. And if you don’t want to worry about going over your limits, you’ll find unlimited data plans from networks including:

How much mobile phone memory do I need?

This depends on how you use your phone. If you mainly use your phone for streaming content and store most large files on the cloud, a 16GB or 32GB handset will be fine. If you like to save your downloads, photos and music directly on the phone, you’ll need a 64GB, 128GB or even 256GB model instead.

What are refurbished mobile phone deals?

When running a mobile phone comparison, you might see refurbished mobile phone deals pop up. A refurbished phone is one that’s been previously used, which usually means it’s a bit cheaper. A refurbished phone may be brand new for all intents and purposes if the previous owner simply changed their mind immediately after purchase and returned it within 14 days. However, others will be more heavily used. Make sure that your phone is covered under warranty before purchasing a refurbished handset.

Can I get a contract phone with bad credit?

If your credit’s less than perfect, you do have plenty of options. While mobile phone providers check your credit score before approving a pay monthly contract, you can still get approved by looking for cheaper deals. Low-end handsets and SIM-only contracts are usually better choices if you’re trying to rebuild credit. End-of-contract notifications: everything you need to know 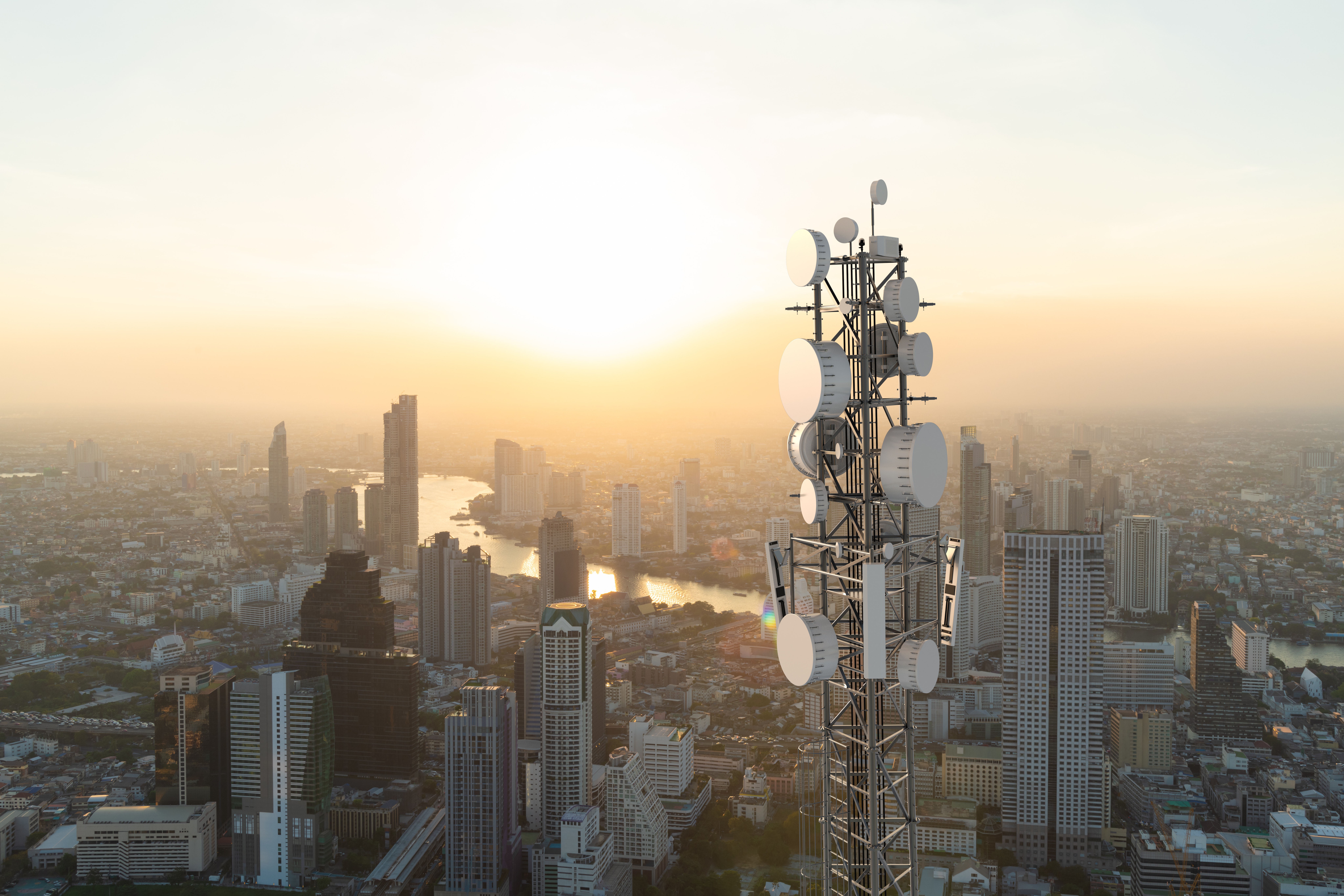 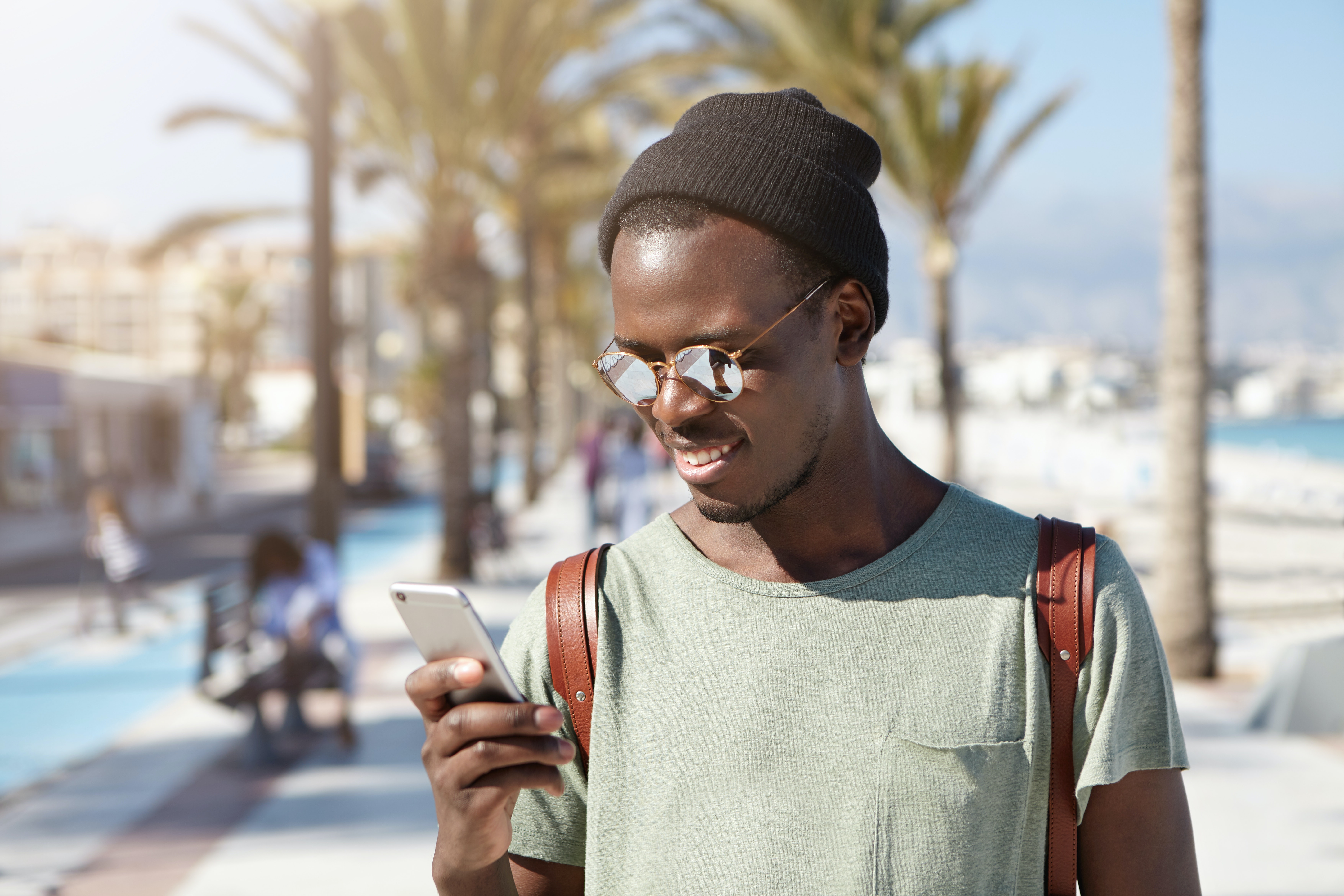 How to find the best mobile phone tariffs 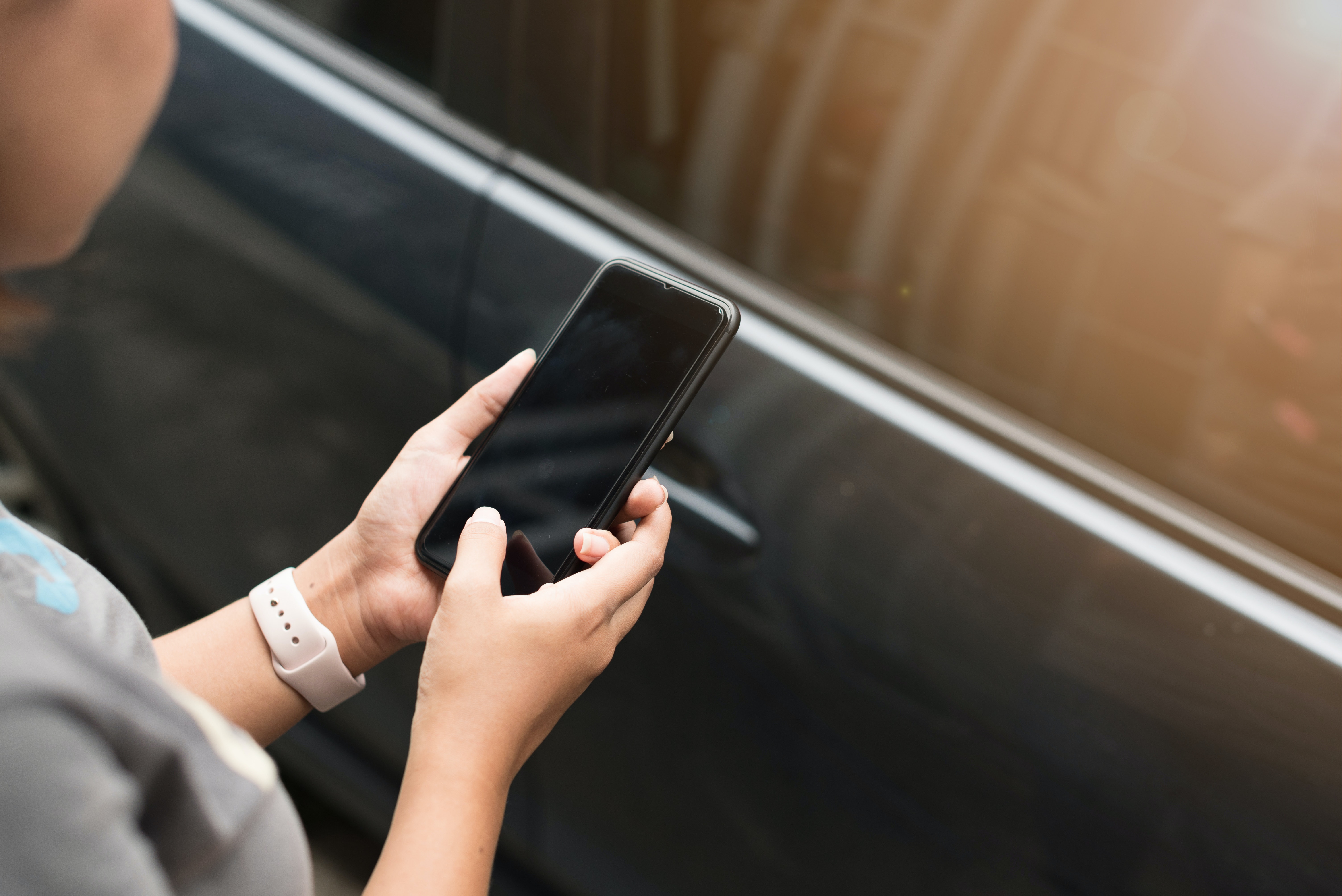 How to unlock a phone

Didn't find the answer you need?