The world’s most popular collectibles

From football stickers to shiny rocks, interesting coins, and Disney autographs, investing in collectibles is a hobby enjoyed by millions of people across the world. The feeling of growing your collection, adding rare items, and hunting for missing pieces can give you enormous satisfaction, but for some people, collecting delivers more than just happiness.
Share this guide

We’ve taken a look at the most popular collectibles around the world, working out which will earn you the big bucks, and what items have huge value. Could your old Pokemon cards make the cut?

Whatever your investment needs, you can compare investment accounts to find the right online platforms to help grow your portfolio.

The top collectibles around the world

All around the world collectors invest their money in purchasing weird and wonderful, rare and beautiful objects, that belong to whatever genre they are passionate about. By looking at the number of items listed under each category of collectible on liveauctioneers.com for each country, we were able to discover what the most popular collectibles are around the world, and what precious collectibles have brought in the biggest price tag for their genre.

Coins, currency, and stamps are collected more than anything else

Collectible classics, coins, currency, and stamps, come out top with more listings than any other category. The UK, USA, Canada, and Spain all collect more of these than any other item, while they’re also big in the Netherlands, Italy, and Israel.

One reason why these could be so popular is their size. Unlike other things on our list, you don’t need a dedicated room to keep your stamp and coin collection in. A folder or a box will suffice, keeping all your collector’s editions safe without forcing you to sacrifice a spare room. The size of these tiny collectibles does not reflect their worth, with a history of sale prices going all the way up to $10 million.

This was the first dollar coin ever issued by the United States federal government. Minted in just 1794 and 1795, the coin was quickly replaced by the Draped Bust dollar in October 1795, and is now one of the rarest and most expensive coins in existence. In 2013, one of the earliest coins was sold at auction for $10,016,875, the highest selling price of any coin in history. 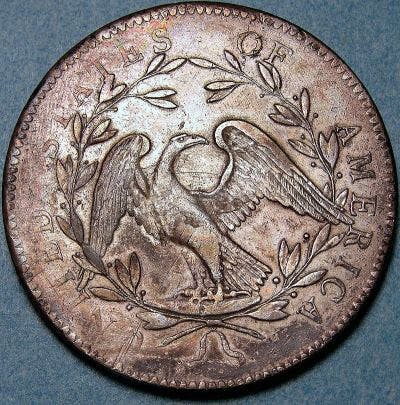 The French love their vintage wines and spirits

Collectors in Europe have a wide range of interests. In France, wine and spirits take the top spot, with old bottles proving increasingly rare and valuable.

With only 33 bottles ever made, The Ley Diamante Pasion Azteca Platinum Tequila is, by far, the most expensive tequila in the world, with a reported price of $3.5 million. The bottle itself is made of gold and platinum and diamond-encrusted, designed by the Mexican artist Alejandro Gomez Oropeza. The tequila inside is made from the sap of the blue agave plant where its fermented, distilled, and aged for six years before making its way into the beautiful bottle. 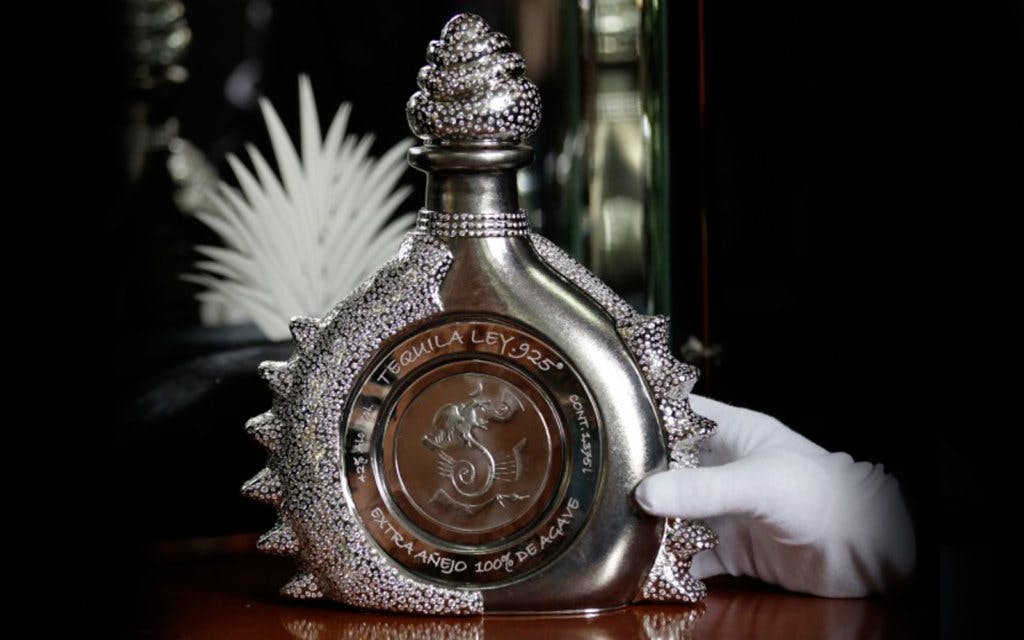 Germany and Belgium are religious and spiritual collectors

Germany and Belgium turn their hands to something of the occult. Religious and spiritual items are their main draw, beating old advertisements, toys, and hobbies to take the title. These collectibles can range from relics to sacred musical instruments, to precious bibles.

Codex Sinaiticus is the world’s oldest bible, dating back to the 4th century AD. It is handwritten in Greek and is currently being kept in the British Library. The book was purchased from the Soviet Union in 1933 by Ramsay MacDonald, who offered Joseph Stalin £100,000 for it. Because of the inflation, £100,000 in 1933 is equal to approximately $2.5 million today, making the Codex Sinaiticus the most expensive religious artefact in the world.

Tobacciana is the top attraction for 5 countries

Greece, Italy, Hong Kong, Morocco, and Ireland all love the hobby of collecting Tobacciana. Anything from old cigarette posters through to vintage lighters counts for this collection, and as smoking becomes less common, items associated with it are seen as a reminder of times gone by.

The highest valued item - Silver and Jadeite Ashtray and Lighter - $254,500

This beautiful antique ashtray with lighter in an archaic-style design was sold by Sotheby's in 2011 for a jaw-dropping $254,500. The ashtray and lighter feature the workmaster's mark of Edward I. Farmer, New York, and was most likely handmade around 1920. 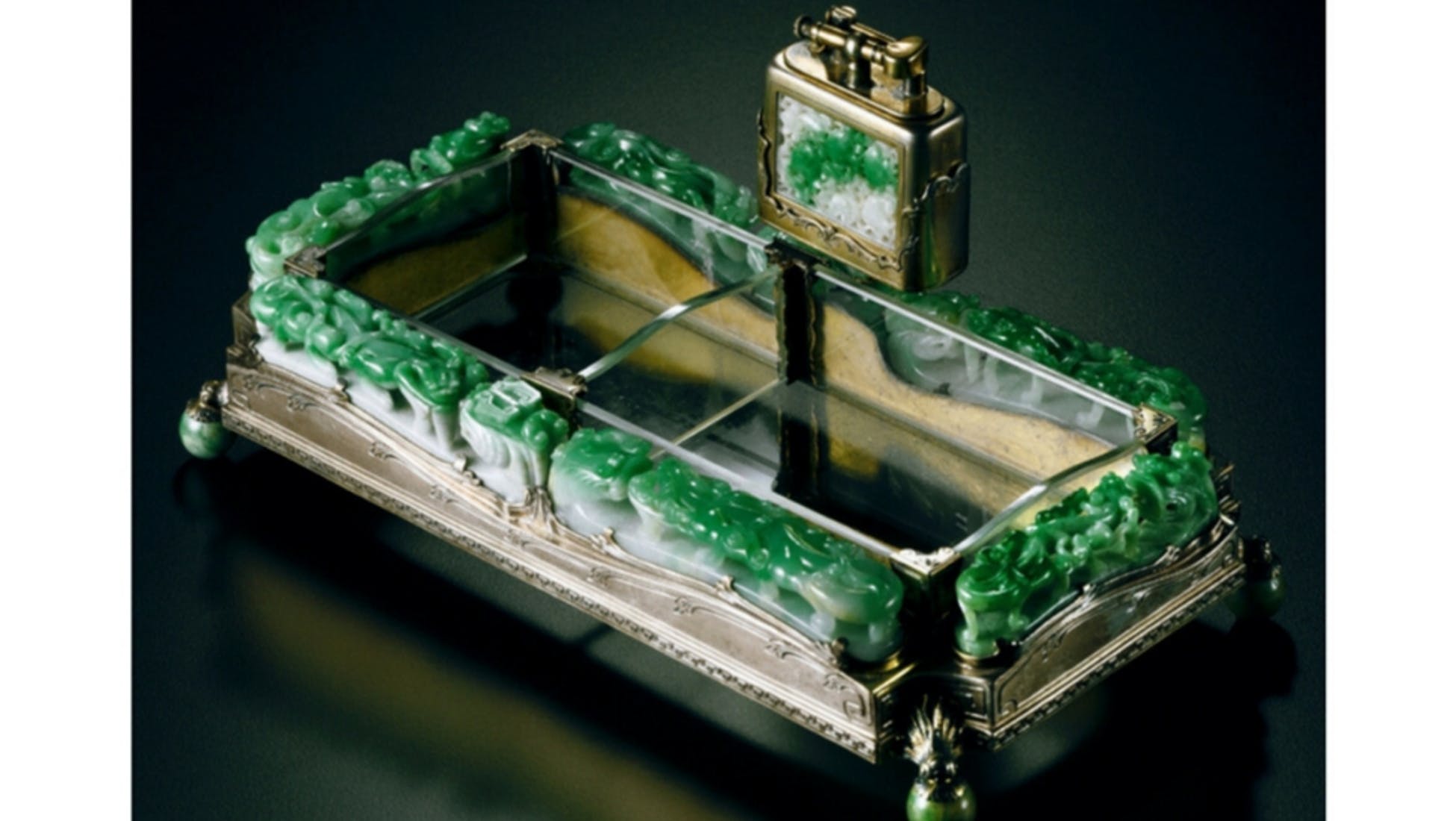 Weapons, guns, and armour feature heavily in these three countries’ listings, and also came in second place for Hong Kong and India. Collectables in this category include replica guns, medieval Knight armour, and authentic samurai swords.

The set of two pistols were owned by the first president of the United States, George Washington, in the era of the revolutionary war.  The guns were involved in the fight of the founding fathers to obtain the freedom of the brand new country. Sold in 2002 for $1,986,000, the guns can now be found at Fort Ligonier in Pennsylvania, displayed for all visitors to see. 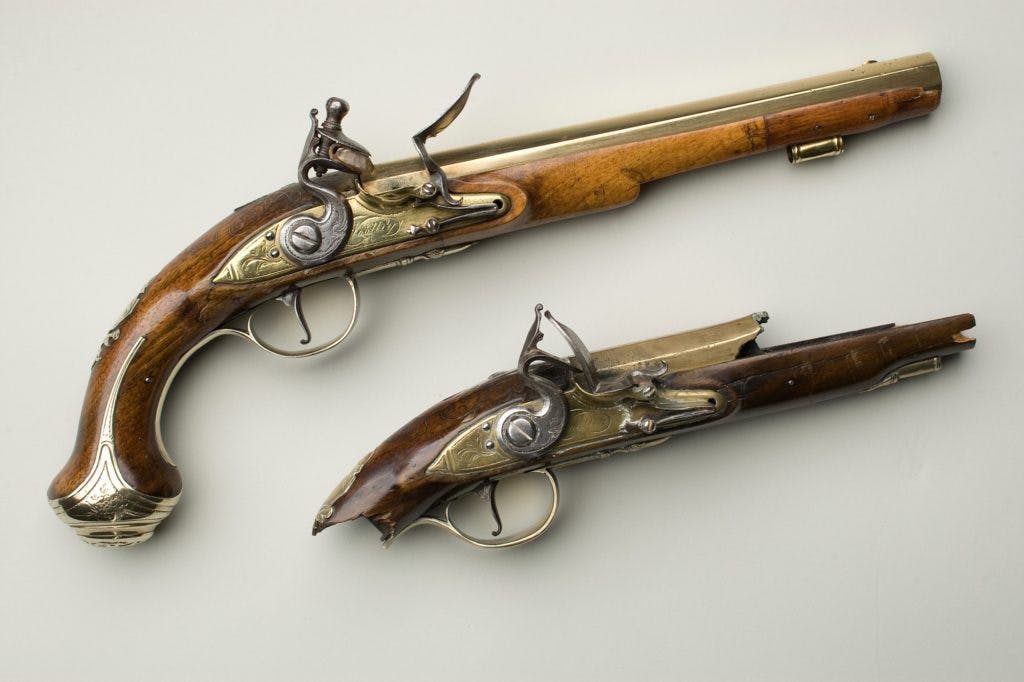 For the young at heart collectors who are in prominence in Australia and Peru, the toys and hobbies category is a fun and reminiscent option. Listings range from vintage Barbies to collectible bears, to rare pokemon cards.

This glamorous bear was designed by Louis Vuitton in collaboration with high-end German stuffed toymaker Steiff. The bear is dressed in clothing bearing the designer’s distinctive logo, along with a miniature version of its iconic travel case. With only 50 ever made, one of the bears was auctioned in Monaco and bought by a Korean bidder who paid a staggering $2.1m. It is now on display at the Teddy Bear Museum in Jeju, South Korea. 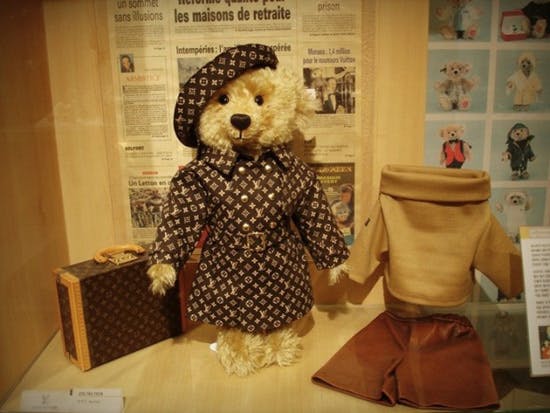 For those fascinated by the history of science and medicine, collecting in this category means they spend their money and time searching for fossils, old medical equipment, and outdated scientific tools like Barometers and compasses. With the category only coming out as the most popular for the Netherlands, the hobby is a required taste.

It's no surprise that the fossils of the most famed dinosaur take the top spot for the most expensive scientific collectible ever sold. Sue is the best-preserved example of a Tyrannosaurus Rex, discovered in 1991 near an Indian reservation in South Dakota. At around 80% intact, it was auctioned at Sotheby’s New York in 1998 and sold for $8.3m. A collection of private and public companies, including Walt Disney and McDonalds, bought it on behalf of the Field Museum in Chicago.

Argentina, Austria, and Russia are the book worms of the world

A great book never becomes outdated, and that's why this collectible is the top for three countries. Whether it's comic books, classic first editions, old newspapers, or magazines that take your fancy, there is a genre for everyone to enjoy.

Published in 1510, the codex contains some of the most famous scientific writings of the Renaissance scientist and artist Leonardo Da Vinci. Named after Thomas Coke, the Earl of Leicester, who purchased the 72 paged codex in 1719, the book contains observations on astronomy, properties of fossils, water and rocks, and studies about light. The Codex Leicester was bought by Bill Gates for an enormous $30.8 million, making it the most expensive book ever sold. 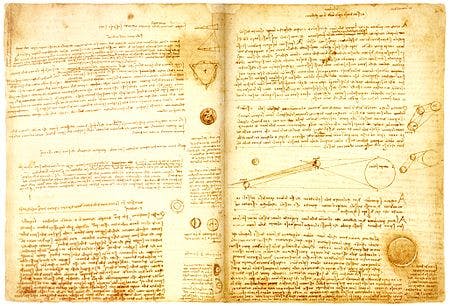 The types of collectible with the highest cash value

While some collectors just do it for the pleasure, others spend serious money on growing their portfolio. We worked out the average listing value across a range of collectible items, with some eye-watering figures showing just how much money goes into attaining the most sought-after pieces. 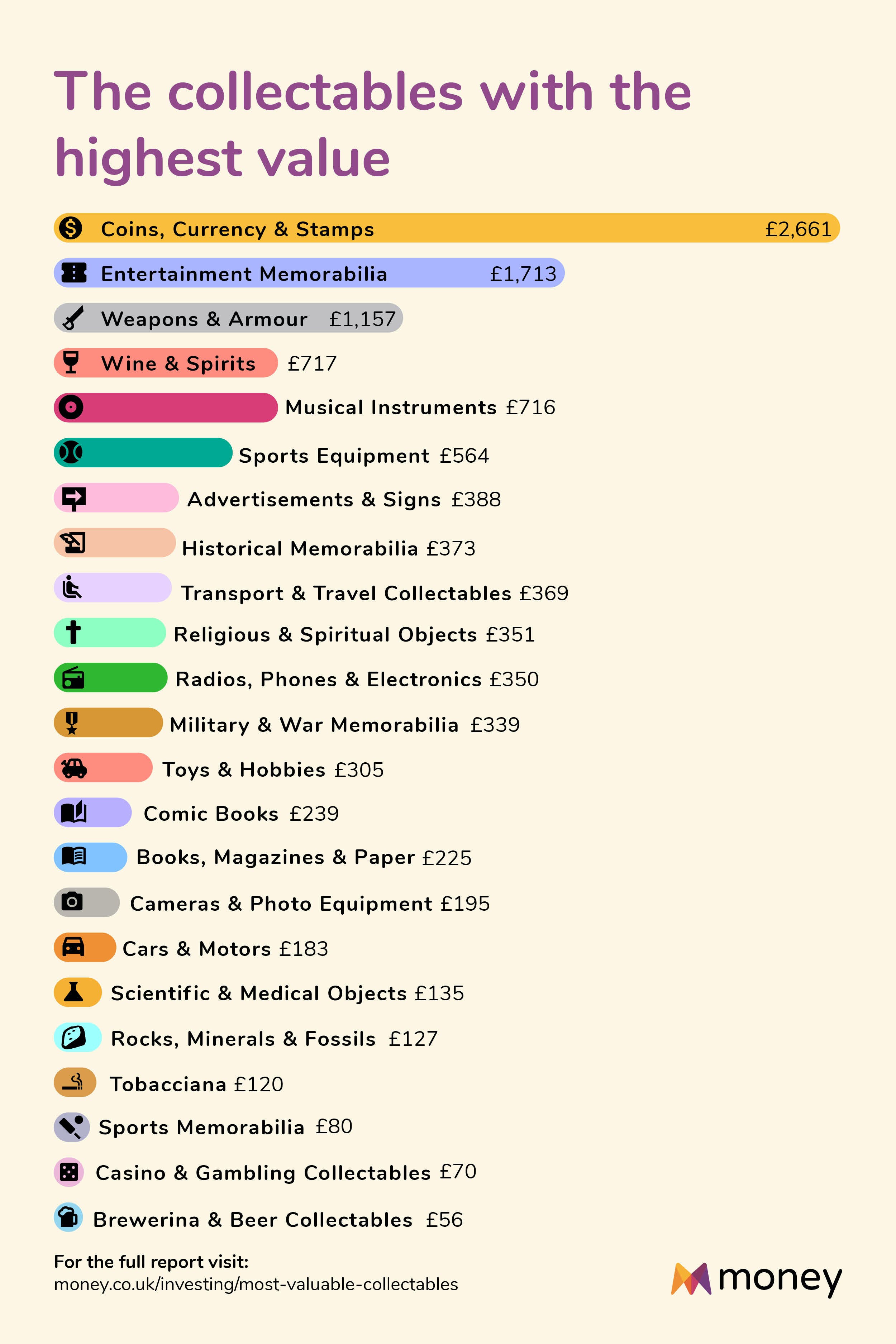 The most valuable type of collectibles are coins, currency, and stamps. These often patriotic collectibles have only grown in popularity through the decades, and this is reflected in the highest average listing value of all the categories, showing there is a lot of money to be made by knowledgeable collectors.

In second place is entertainment memorabilia. With an average listing price of £1,713.56, anything from autographs to stage costumes, musical instruments to locks of hair can bring in the superfans with deep pockets. There are even some one-of-a-kind posters and film props up for grabs if you’re willing to pay the price.

Completing our top three is weapons and armour. These go on average for £1,157, with big bucks being spent on big bangs. The weapons sold are typically so dated, blunt or disarmed, that they are of little more use than as artefacts to simply admire.

Looking to grow your own investment?

Investing in collectibles can be both fun and profitable if you know what you’re doing. Compare our best investment accounts to discover where you can put your money in the right places, giving you the best chance to earn extra and minimise your losses. Now, where did we put that Fifa World Cup sticker album?

We used the worldwide auction site liveauctioneers.com, collecting the details of every listing which was live on 11/02/21 under the collectibles section. With this data, we were able to see which category of collectibles had the most listings in each country the site is available in and therefore is the most popular type of collectible in that country. We also used the data from listings to work out the average listing price per category, globally, converting all currencies with relevant conversion rates from 11/02/21. We then conducted desk research, looking at a variety of reliable sources to discover some of the most expensive items from each category ever sold.