Rising tides: The tourist destinations at risk from surging seas

With global warming and sea levels rising, we could lose some of the biggest tourist spots in the next 100 years. Our energy experts investigated which tourist hotspots are most at risk.
Share this guide 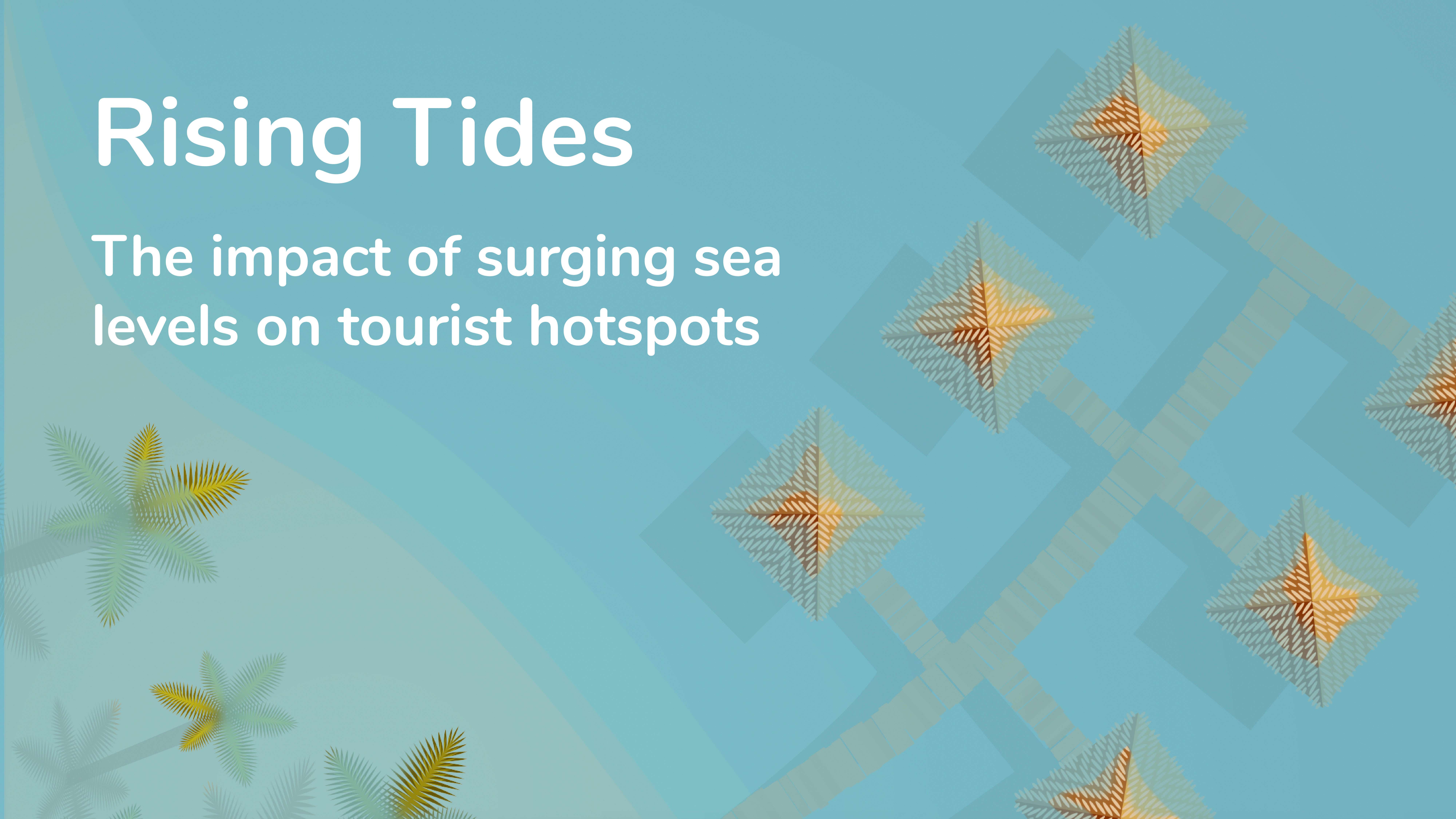 Tourist destinations we’re most at risk of losing by 2100

It’s no secret that global warming and sea levels are rising. According to IPCC, the global sea levels will rise between 0.43m and 0.84m by 2100. But what does that actually mean for the human race? Well, if we don’t all play our parts in helping to slow it down now, many of our beloved holidaying destinations could be completely submerged. The risk of surging sea-levels means your future great-grandchildren may never experience the wonders of places like Rio de Janeiro, Dubai, or Venice.

It’s vital we combat global warming to reduce the chance of these amazing cities becoming extinct. To help put this danger into perspective, we’ve created several posters reimagining how some of the most popular holiday destinations could look by 2100 if sea levels continue to rise dramatically. 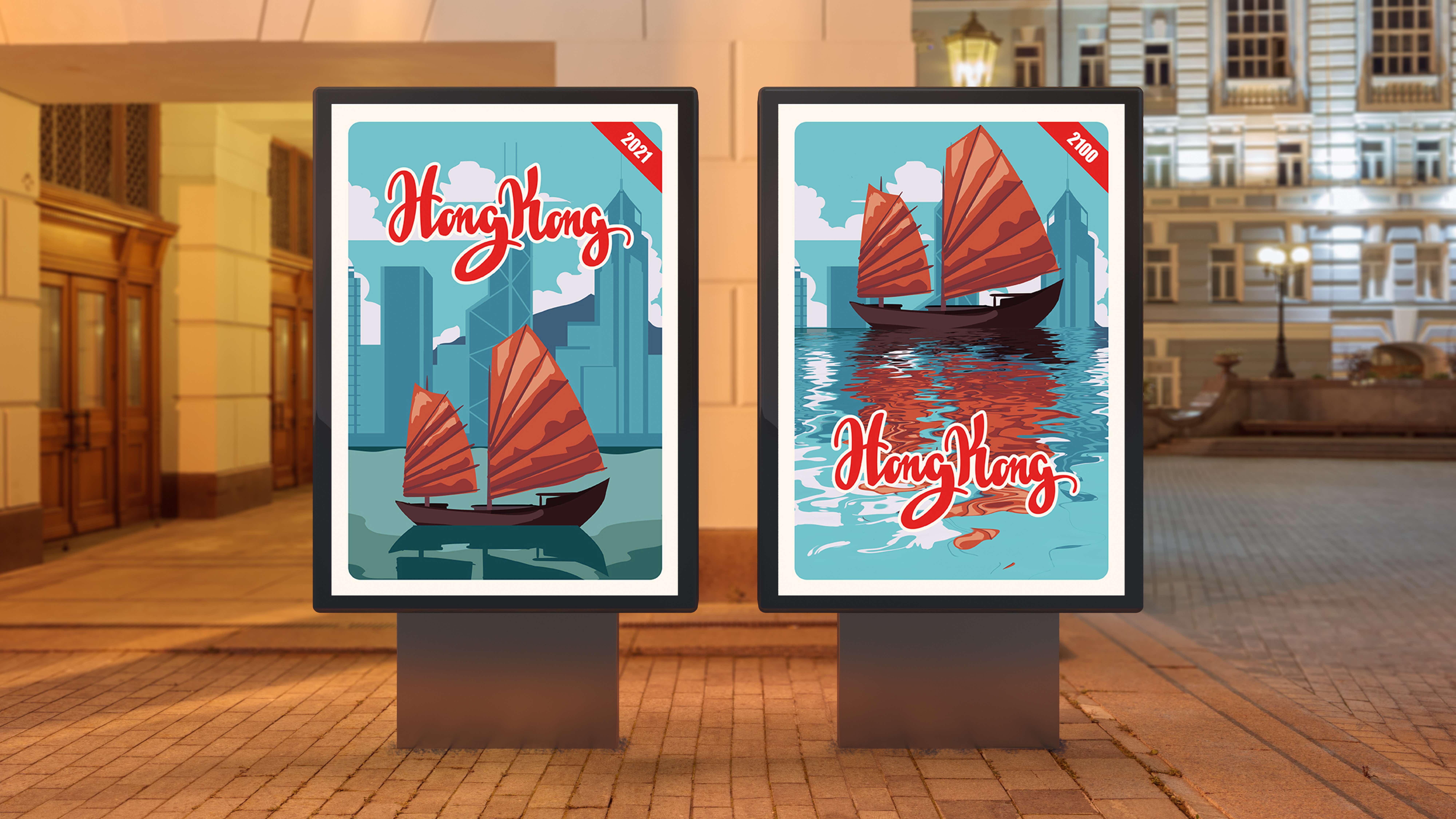 Hong Kong, a thriving, energetic city that sees approximately 56 million tourists every year according to Statista, is facing a sea-level rise of 0.6-1.3m rise by 2100. This could have devastating effects on 8.4 million vulnerable residents in low-lying areas who would be exposed to extreme flooding. 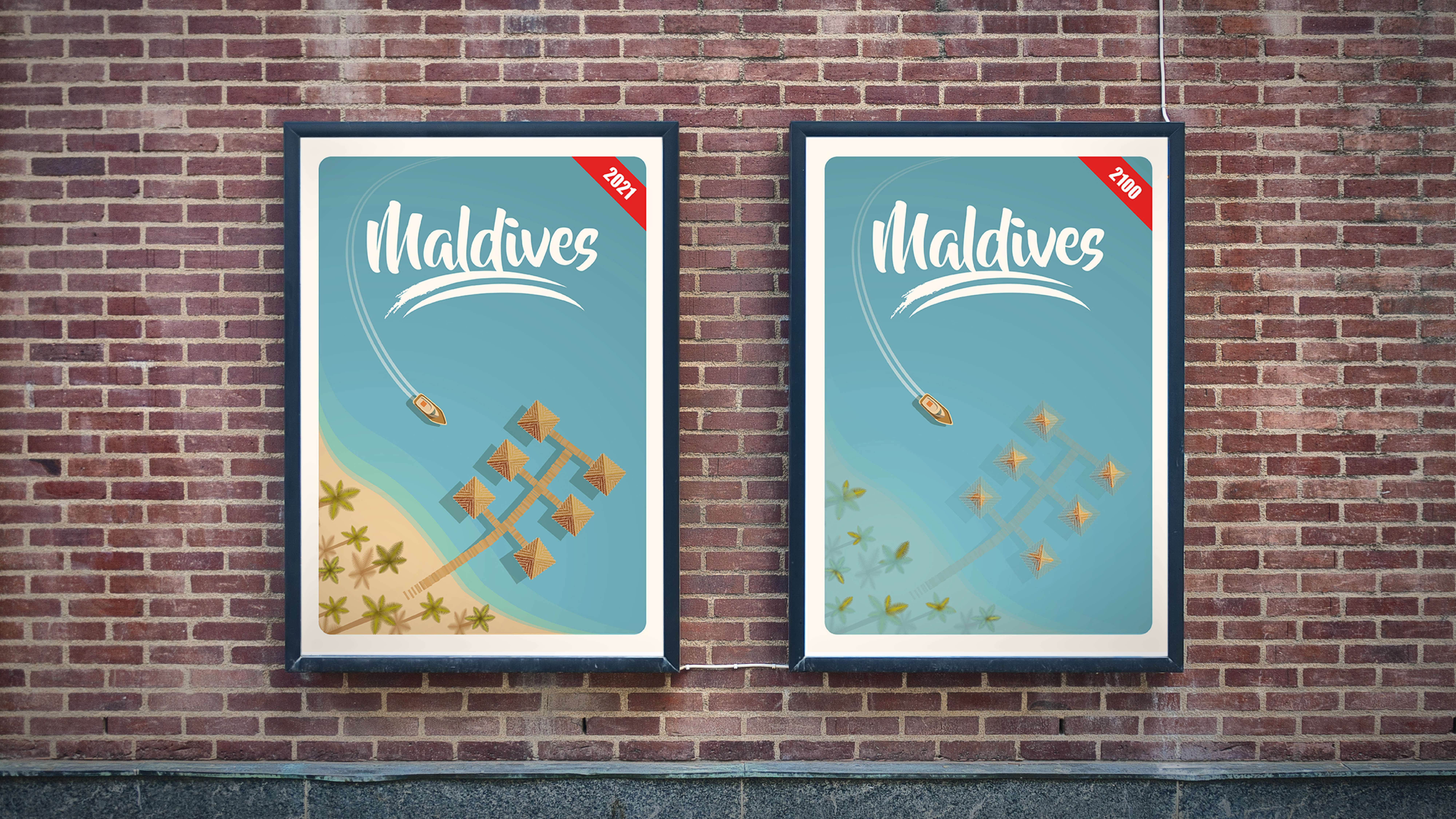 Known for its white sands and crystal waters, the Maldives is an idyllic paradise and one of the top honeymoon destinations - but it’s extremely vulnerable to rising sea levels. As one of the flattest countries in the world, even the smallest change in sea level could cause harm. Currently, 80% of the island is only one metre above sea level, and it’s estimated that by 2100, 77% of the Maldives land area could be underwater. 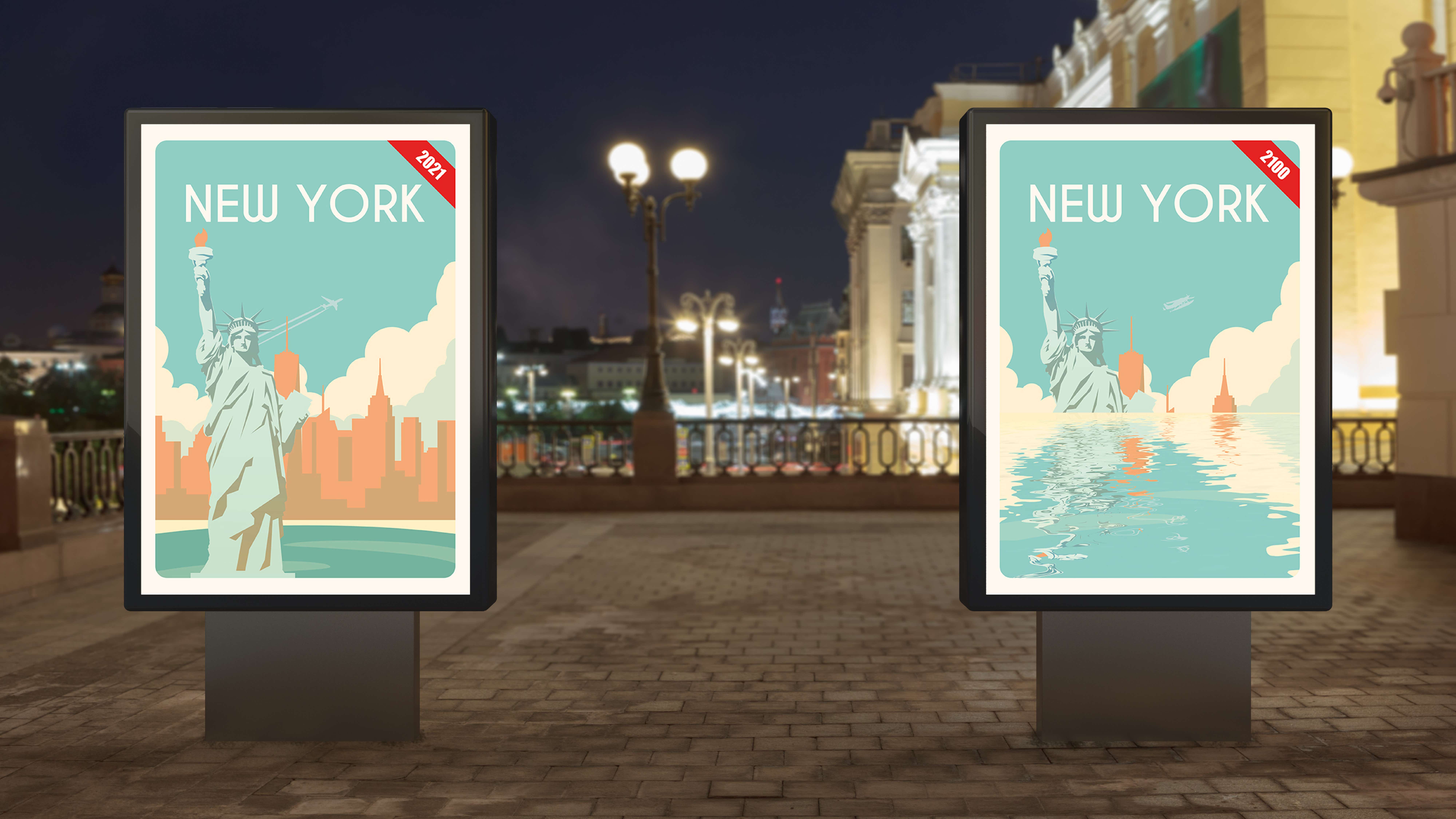 The hustling, bustling city of New York where dreams come true is at risk for increased flooding. As of right now, New York currently has the largest population living inside a floodplain. And with sea levels predicted to rise by as much as six feet by 2100, this could potentially become a very dangerous place to be, especially in low-lying parts of the city such as Brooklyn and Queens. 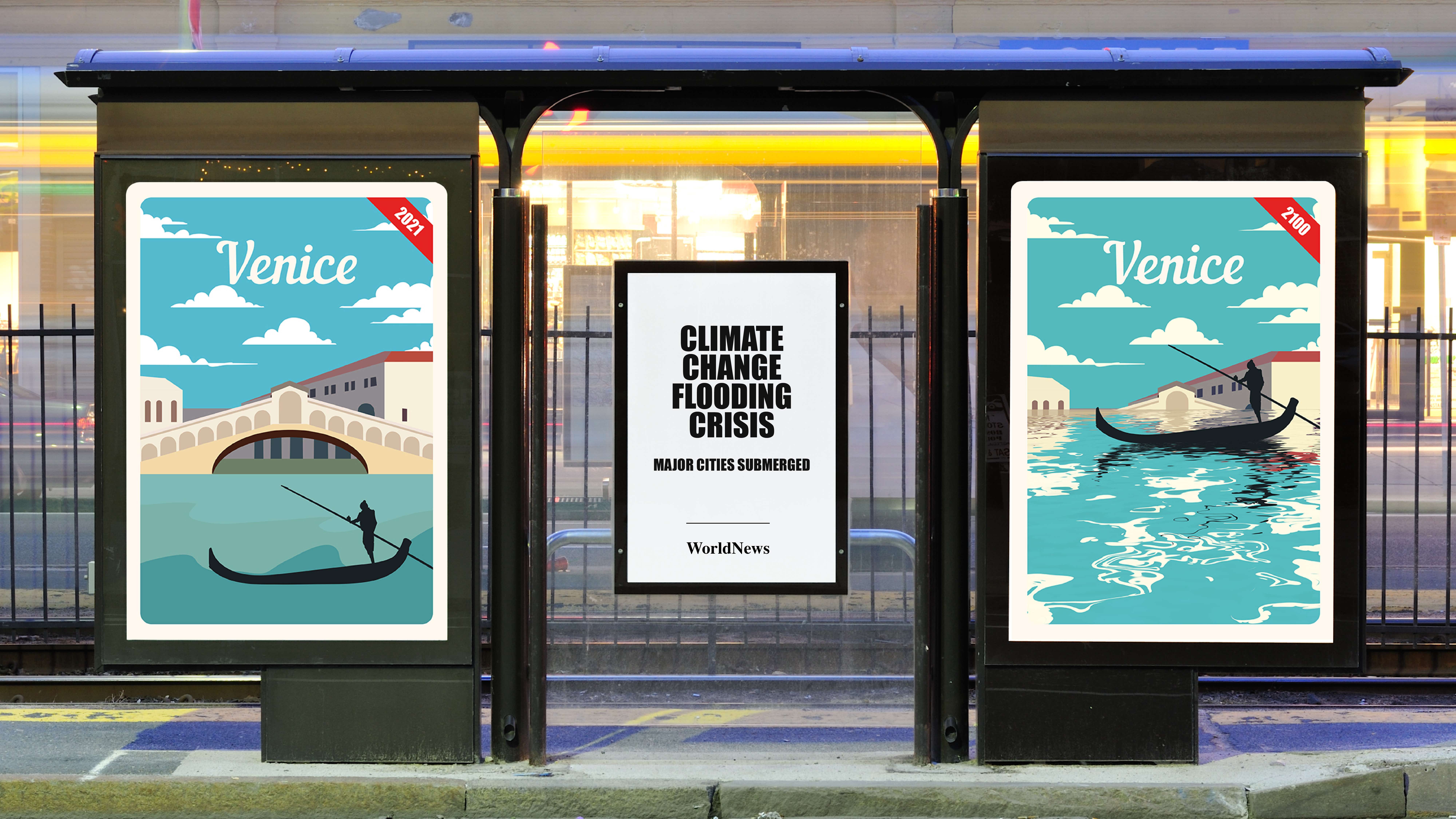 For many years people have said that Venice is sinking, and now, with the acceleration of global warming, we could lose this ancient and iconic city sooner than we thought. With the sea level estimated to rise by 1.04m by 2100, it’s likely Venice will see extreme flooding every five years by 2050 and every five months by 2100.

Which tourist destinations are the most vulnerable to rising sea levels? 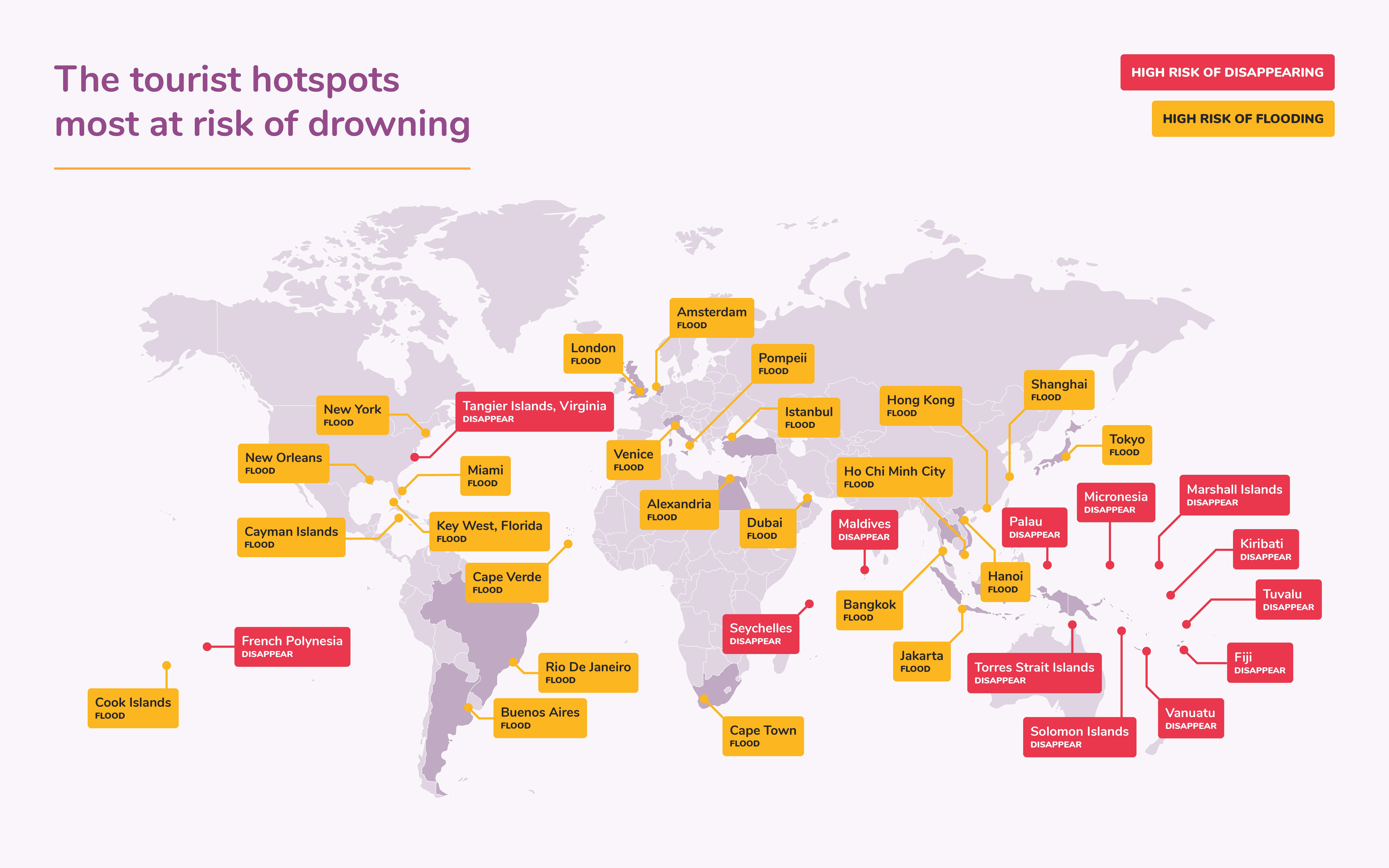 Where are the other destinations that are likely to be impacted by sea-level rise in the next hundred years? We’ve created a map of tourist destinations around the world that are at risk of rising sea levels, flooding and even disappearing completely.

Fiji, a country where the economy is largely based on tourism, has already started to see the effects of rising sea levels with research showing that it will continue to rise to 1-2 metres by 2100, which risks the island being submerged completely. Seychelles, Solomon Islands and Palau are all also at risk of disappearing by 2100, which would be a devastating loss to the planet.

Some of the most popular tourist destinations in the world including London, Dubai, Tokyo and Rio de Janeiro are vulnerable to extreme flooding by 2100. In London, at least one million people live in the natural floodplain with 16% of the city’s properties at significant risk to sea levels rising.

In Dubai, a rise of three metres would see the Emirate city lose much of its infrastructure. If the sea levels rise to nine metres, then it’s estimated that Dubai would be entirely submerged, making it the shortest-lived elaborate infrastructure in human history.

The impact of rising sea levels can be catastrophic to our planet, causing the world to look very different by 2100. And while it seems like an inevitable movement, reducing your carbon footprint and switching energy to suppliers using renewable sources can help to slow down the rising levels, giving the cities most likely to be affected time to plan and prepare.