What to do after a car accident

Our step-by-step guide to car crashes takes you through what to do at the scene of a road accident to help you sort it out as quickly and easily as possible.
Share this guide 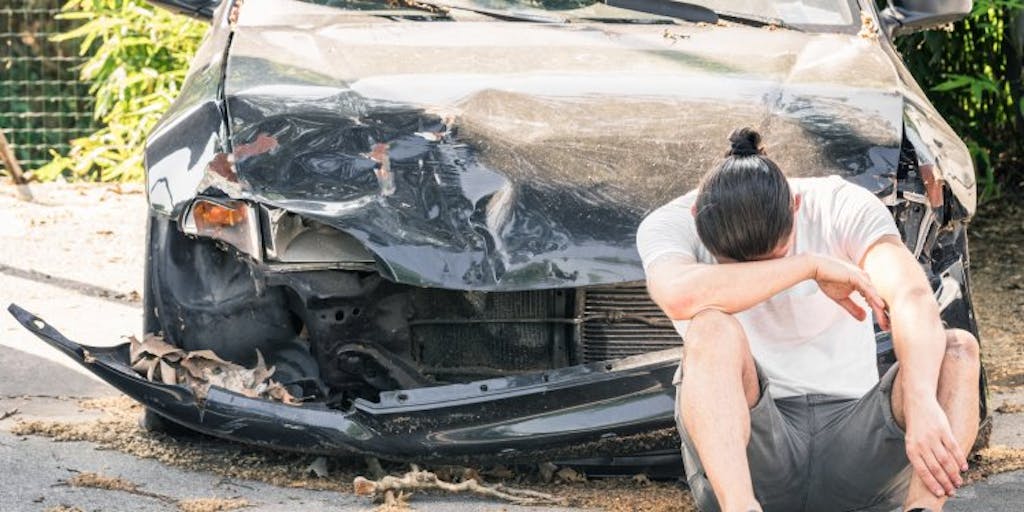 If you are involved in a shunt or something more serious it’s easy to overreact and say something you later regret.

Do not admit fault or say anything that implies you're responsible because this could make things more difficult later on.

For this reason, take a moment to compose yourself and focus on getting the information you need to pass on to your insurer or the police.

At the scene of a car accident

If you're involved in a car crash stop in a safe place if possible, put your hazard lights on and get out of the car once it's safe to do so. Whatever you do, don't leave the scene of the accident.

The most important thing to do is make sure everybody involved - drivers and passengers - are all right. If anyone is badly hurt ring 999 immediately.

Once you've checked everyone involved, you need to get as much information as you can while at the scene; driving off is far worse than staying to face the music. It can be classed as a hit-and-run and is a criminal offence.

Exchange information after a car crash

It's vital that you get the details of all drivers that were actively involved in the crash, plus anyone whose vehicle might have been a factor, such as a car that pulled out on you, but you didn’t collide with. Remember this applies to you as much as it applies to other drivers.

Drivers cannot legally withhold personal details if someone is injured, if a vehicle or property is damaged, or if an animal is killed or injured. Not handing over details is classed as failure to stop.

In all cases you should ask for:

If someone was injured, you can also request to see the driver's certificate of insurance. You have seven days to produce the certificate if it's requested of you.

You should also try to get the names and badge numbers of any attending police officers. Ask for details of any witnesses and if there are any passengers in the other vehicles involved make a note of how many and who they were.

If you are injured or in shock then you may not be able to collect all the information you need, but it's definitely worthwhile getting as much as you can.

Try to write an account of what happened as soon as possible. If you don't have a pen and paper, maybe your phone has a voice recording app? Try to include details such as:

If you have a camera or smartphone, it can be helpful to take some photos of the accident scene. Alternatively, produce a quick sketch of the scene.

Do you have to report a minor car accident to the police in the UK?

Bumps and scrapes in a car park are often dealt with privately, and even some road accidents don't need to be reported. However, you're legally bound to notify the police of every accident if:

If you can't drive away from the scene or someone is hurt, the crash is serious enough to call the police there and then.

You should also call the police if any cars involved in the accident are stuck in a dangerous spot on the road, such as a blind bend, or if the accident is obstructing traffic.

How much time do you have to report the accident to the police?

If both cars can be driven away from the scene, no one's injured and drivers have exchanged details, you don't need to call the police immediately – you can do so later.

Even if the accident isn't major enough to need reporting at the scene, you still have 24 hours to file a report in person at a police station, if the accident warrants it. This gives you some leeway if damage turns out to be more significant than first thought.

Can you call a breakdown service after a car accident?

If your car is seriously damaged, but can be fixed by the side of the road, you'll still have to get permission from the police before calling your breakdown cover.

Most breakdown services don't offer vehicle recovery in response to an accident. Check your breakdown policy so you know where you stand before an accident even happens.

If the police organise your vehicle's recovery, or request that you use a certain company, you may be able to claim back the cost from your car insurance, otherwise you'll need to find a local recovery company or a garage if you need a tow.

If you were in a company car or driving within the course of your employment, inform the company of the crash. Ask what your next steps should be, as they may wish to arrange recovery and contact the insurer internally.

Once you are away from the scene of the accident, you should inform your insurance provider. You'll need to do this within the time period stated on your policy, even if you don't want to claim as not doing so can invalidate your policy.

Don’t say anything that could be construed as an admission of liability, unless it was a clear-cut error on your part. Answer your insurer's questions honestly but try to leave your account until you submit an official, written statement.

If you have reported the matter to the police and been issued a police reference number, pass this to your insurer.

Hit by an uninsured driver?

If the other driver doesn't stop or have insurance, you can check with the Motor Insurance Bureau’s askMID facility if you are suspicious, this is what you need to do:

If you have third party cover or don’t have uninsured driver protection claim for MIB compensation. They'll investigate and could reimburse you some of the cost minus a £300 'fee'.

The best way to protect yourself is with car insurance that includes uninsured driver protection and no claims discount (NCD) protection.