Some people go on holiday for the food, others for the beach, and some for beer. Whether you’re a lager lover, IPA admirer, or ale aficionado, the craft beer movement is in full flow across the world, and in some cases can be the motivation behind an entire journey.
Share this guide 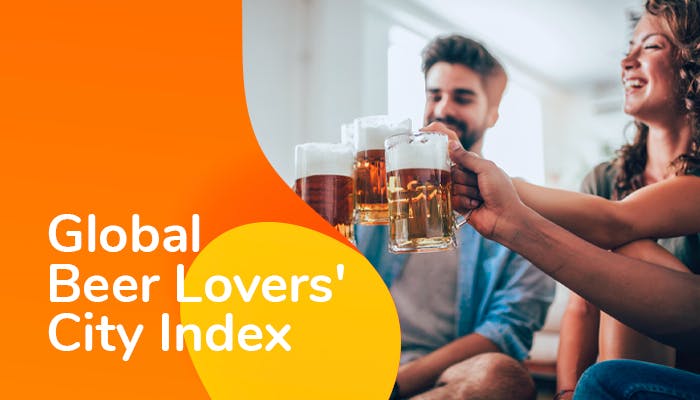 With world-class breweries, bars, and beer festivals to enjoy around the globe, and international travel beginning to open up, we’ve revealed the best cities around the world for beer.

Heading out for a beer near you? It’s worth remembering that many businesses are only taking cashless payments, so don’t forget your debit card.

The best cities in the world for beer drinkers 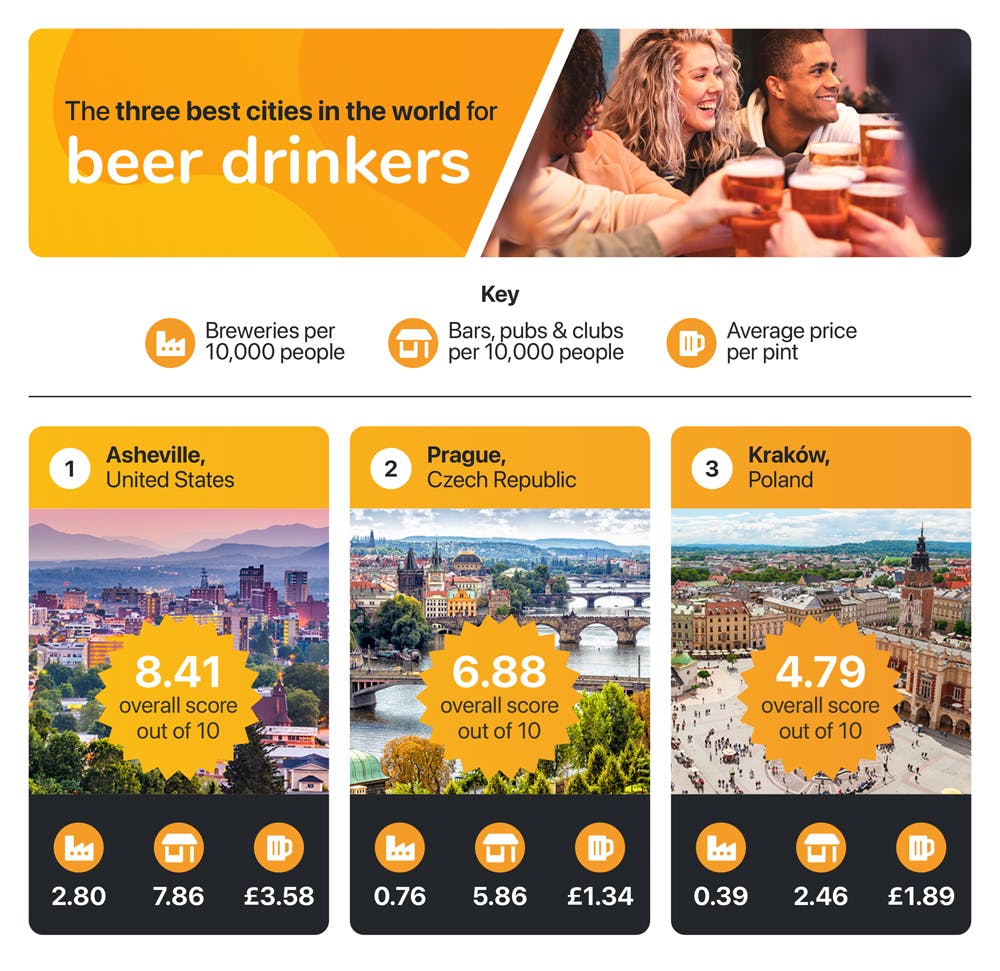 You may not have heard of the top destination on our list, but amongst those in the know, it’s certainly earned its place in the rankings.

Not only did Asheville, North Carolina, have the highest concentration of breweries with 2.8 per 10,000 people, but it’s also recognised as having the most breweries per person in the whole of the United States.

Around 100 beers are made by the 26 breweries in this city of just under 100,000 people, and you can enjoy everything from beer bus and cycle tours to beer-glazed doughnuts and even beer ice cream for dessert.

The Czech Republic is world-famous for its beer and in fact, Czechs consume more beer per person than any other nation.

The capital, Prague, is worth a visit for its beautiful architecture, but also of course, for the beer.

Prague is home to around 100 breweries and has a high proportion of bars and pubs per person too, but what really counts in its favour is the fact that a pint will only cost you around £1.34 on average.

Kraków takes third place, a city that has seen its beer scene take great strides in the last couple of years with lots of new breweries and bars to entice travellers.

Much like Prague, the affordability is a big selling point for beer lovers looking to visit Kraków with an average pint just £1.89.

The destination with the most breweries: Asheville, USA

As we’ve already seen, despite being a small city, Asheville in North Carolina has the most breweries per 10,000 people not just on our list but in the entirety of the United States. You can easily spend a whole day crawling from one brewery to the next in Asheville, which supposedly is such a hotbed for brewing because of its pristine spring water.

The destination with the most bars, clubs and pubs: Asheville, USA

When it comes to finding somewhere to enjoy your next drink, it’s clear that once again Asheville reigns supreme, with 7.86 bars, clubs and pubs per 10,000 people. The variety of nightlife activity in Asheville include live music venues and cosy local bars and despite its small size, you’re likely to find a watering hole to suit your needs.

The cheapest destination for a pint: Buenos Aires, Argentina

If you’re looking to maximise the number of drinks you can get for your money, then it would appear the Argentinian capital, Buenos Aires, is the place to be. The average cost of a pint of beer here is just £1.17. While it may be better known for Malbec wine, a craft beer scene is starting to form in the city, especially in the Palermo area.

The 10 cheapest destinations for a pint

Next, we gave each city a normalised score out of 10 on each of the following three factors, before taking an average final score across all three factors.

The number of things to do in the ‘Nightlife’ category on Tripadvisor.