The most searched for luxury cars around the world

From Aston Martin to Rolls-Royce, we looked at search data to find the most sought after luxury cars around the world.
Share this guide

Every petrolhead has a dream car. For some it’s a cool classic motor, for others it’s an exotic supercar – but there are those who have something altogether more classy in mind.

Luxury cars are all about the finer things in life, offering plenty of leg room and plush interiors to help get you from A-to-B in total comfort. While they come with a pretty hefty price tag, what are the worlds most lusted after luxury motors, if money were no option?

Whether you’re driving a Rolls-Royce or a Renault Clio, compare car insurance to see if you could save money with a cheap car insurance deal from money.co.uk.

The world’s most popular luxury cars

Our research found that the Tesla Model S is the world's most wanted luxury car, topping the wish-lists in 29 different countries. Meaning that the zero emissions Tesla is significantly more desired than uber-luxurious brands like Rolls-Royce, Aston Martin and Bentley.

Other models that performed well in the study were the Audi A8, BMW X7, and the Porsche Panamera, as well as the favourite among rappers and football players, the Range Rover, which had several variants rank highly.

Heritage brands including Rolls-Royce, Bentley, Jaguar, and Aston Martin also featured among the world’s most desired luxury cars, albeit towards the middle and end of the table, perhaps showing how much consumer habits have changed in recent years.

We mapped the results of our research to give an ‘at-a-glance’ view of the most wanted luxury cars in 148 countries around the world.

You can also explore the data in the interactive table at the bottom of the page. 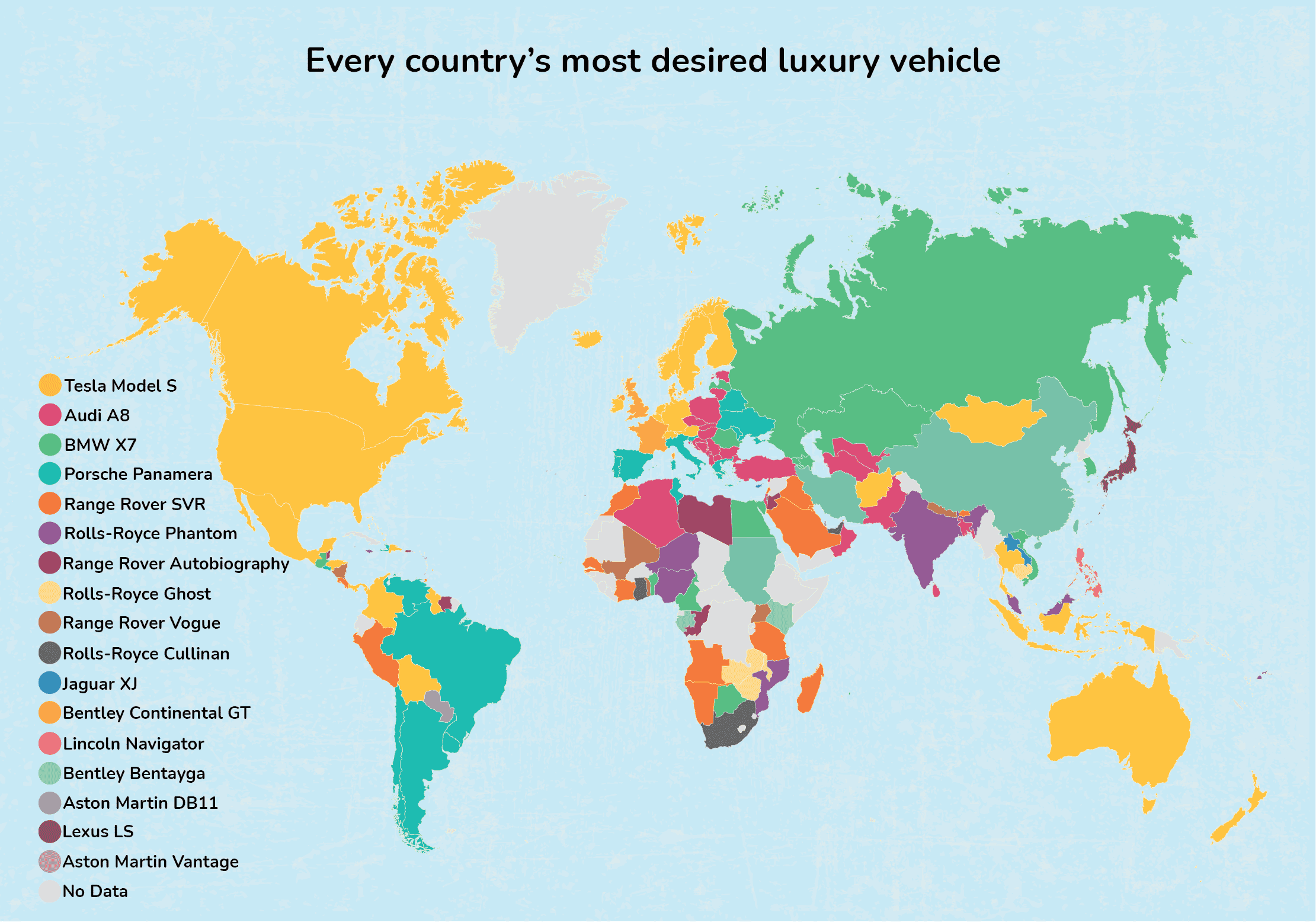 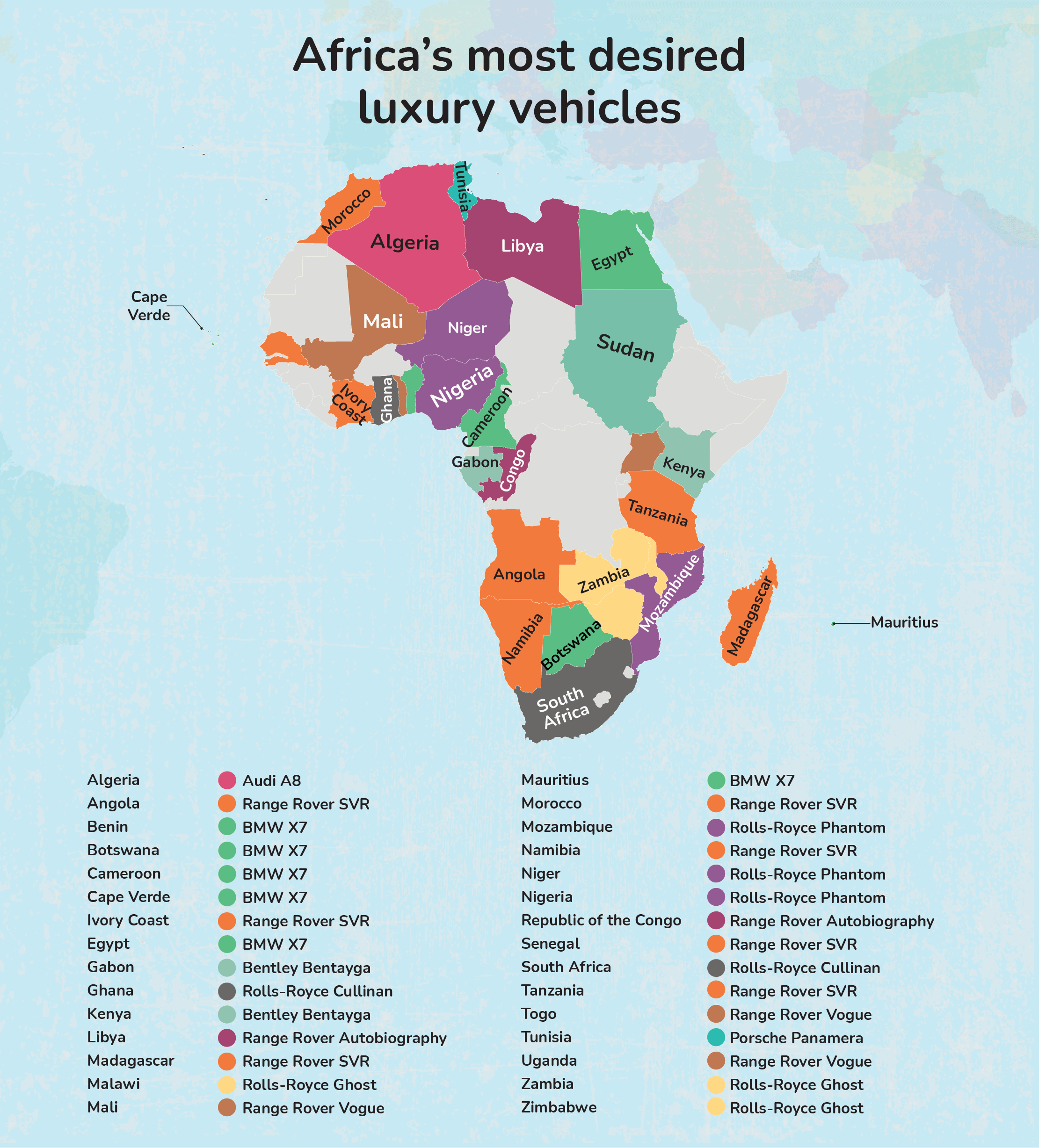 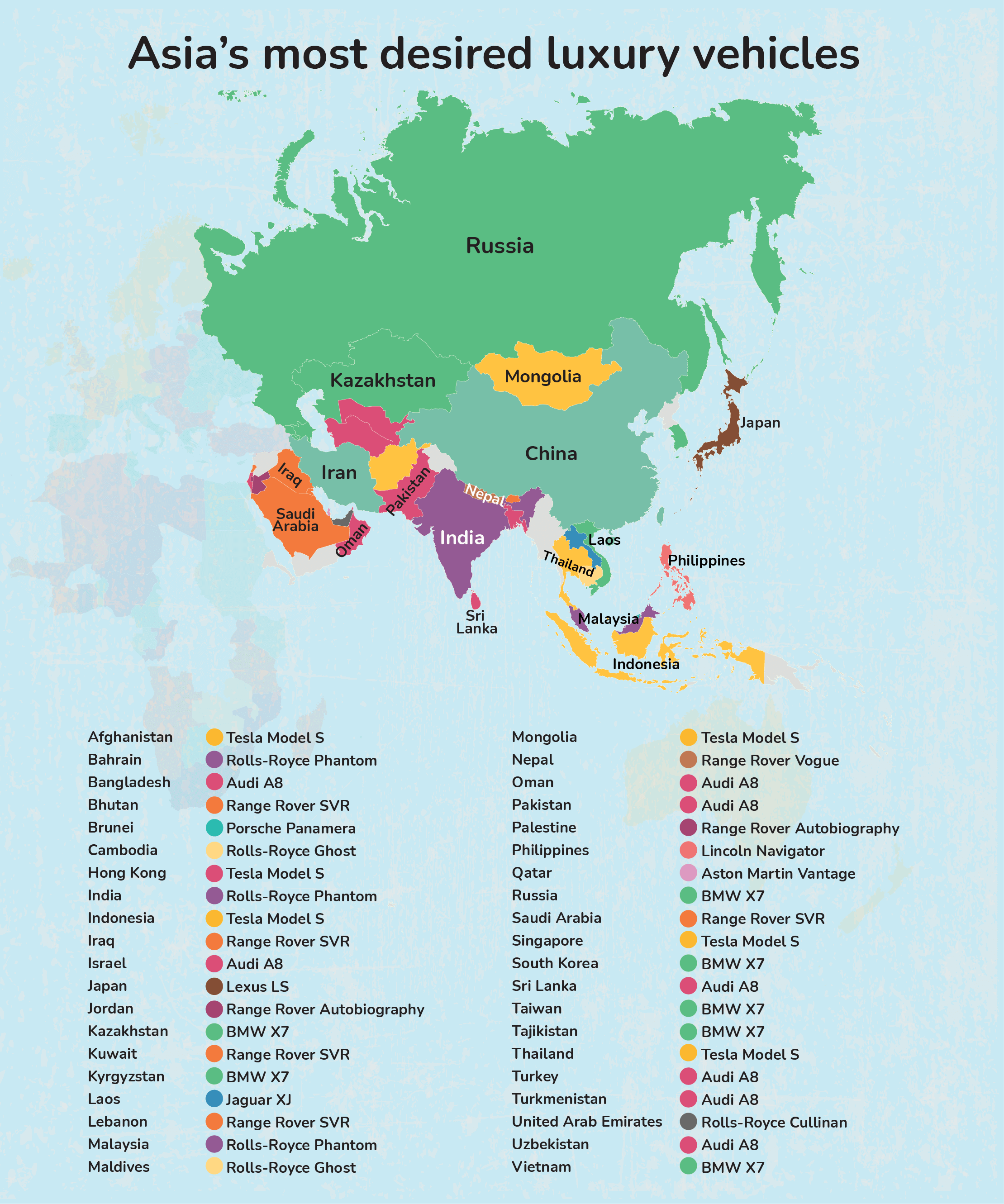 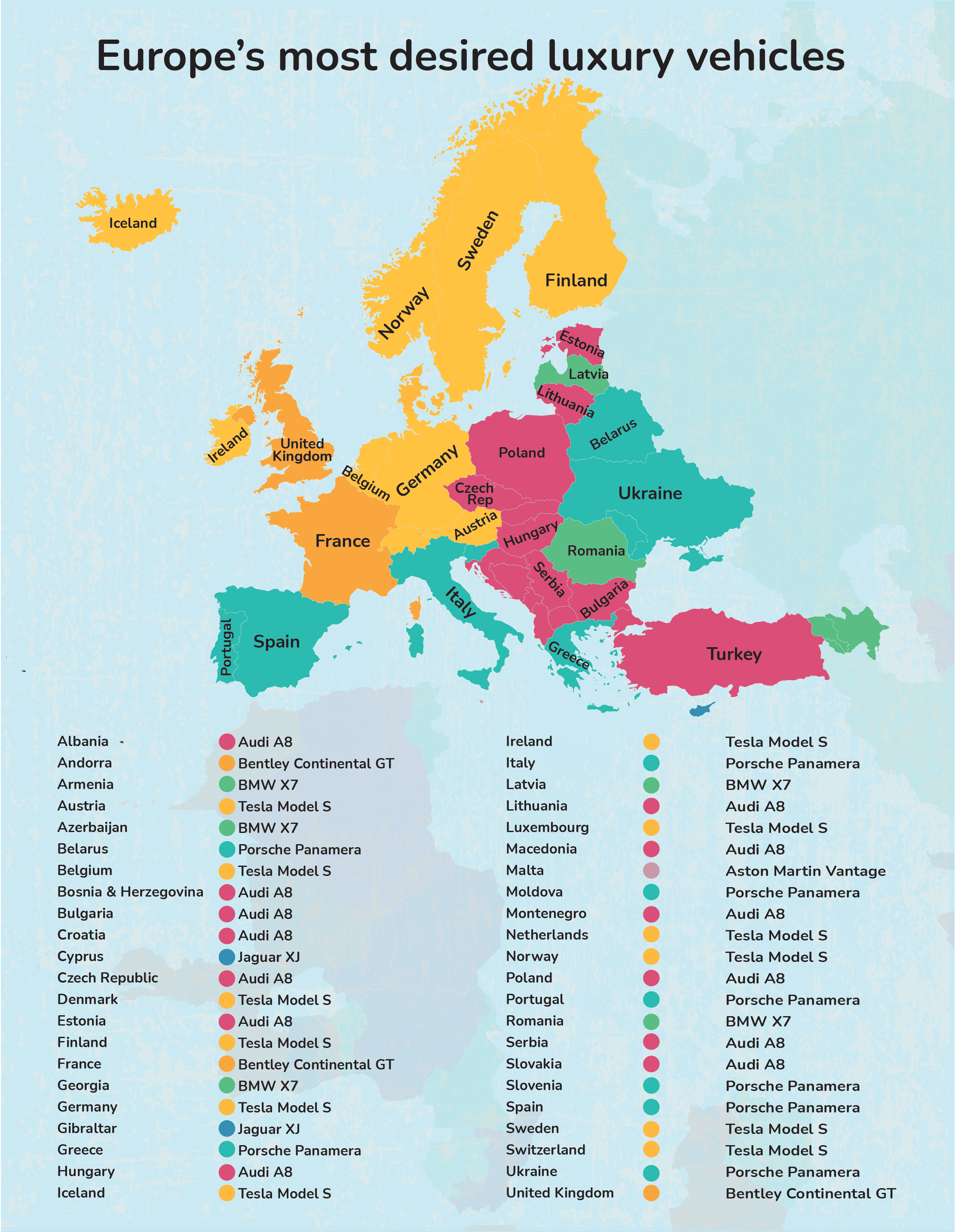 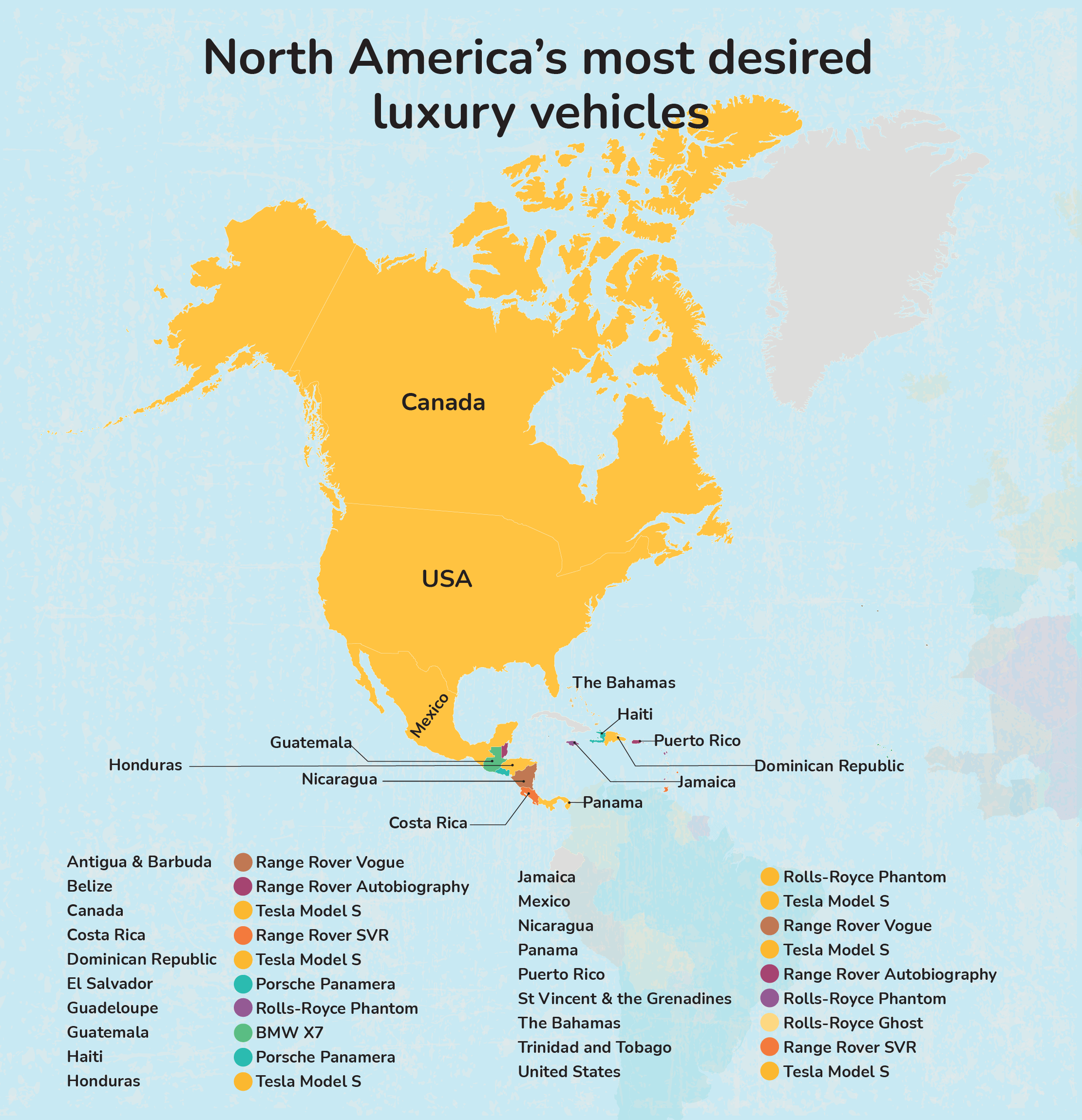 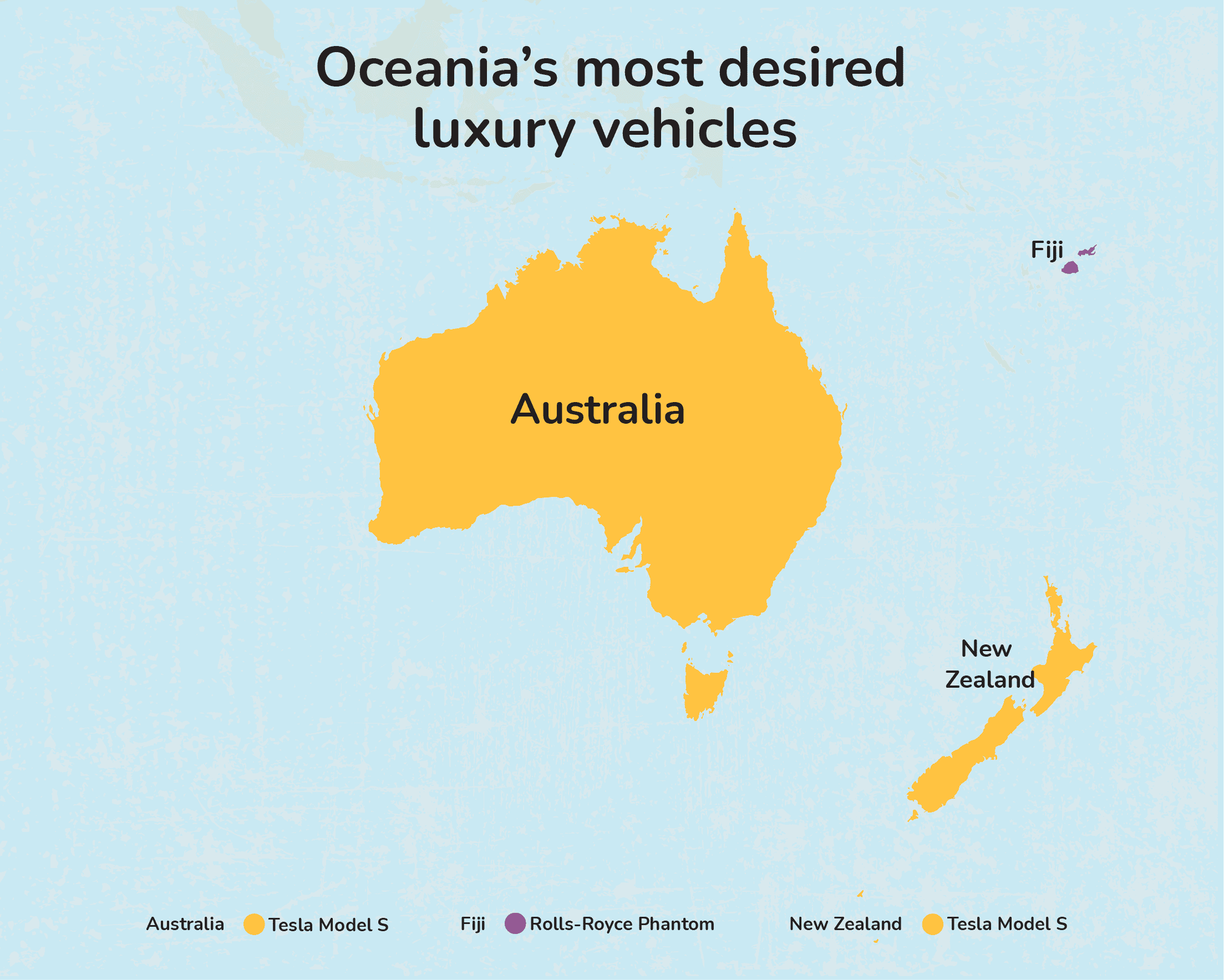 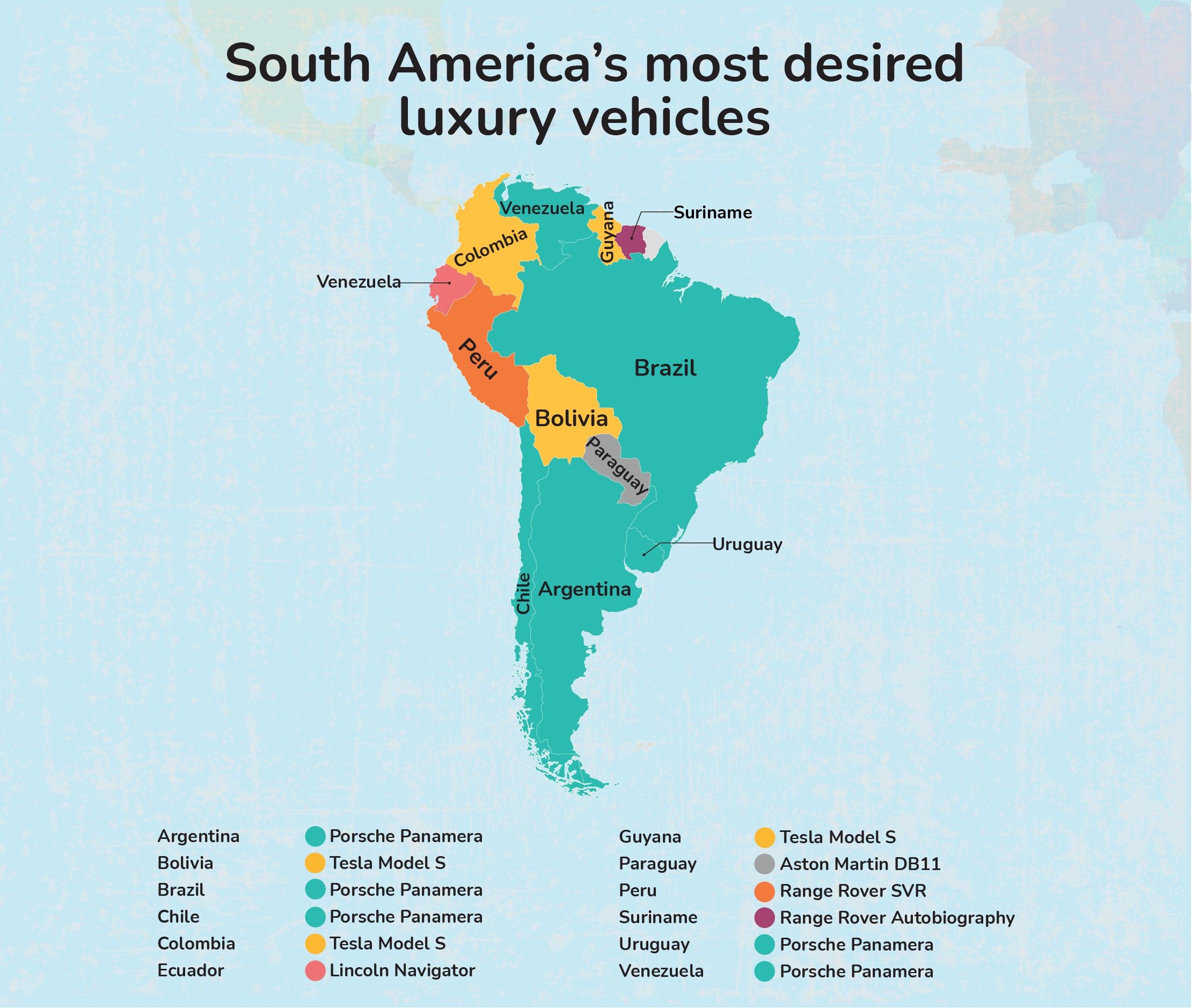 Most searched luxury cars were found using the average monthly searches in each country for each model over the last 12 months.