For some, the game of golf is typically associated with businessmen ‘sealing deals on the greens’, or retirees looking to stay active in their twilight years. However, due to the events of the past two years, the game has experienced somewhat of a resurgence amongst a variety of age groups and demographics in the midst of the global pandemic.
Share this guide

If you're purchasing new golf clubs or booking a golfing trip abroad, and want to spread the cost without paying interest, you may want to consider a 0% interest credit card.

To help any beginners, as well as those with a lifelong passion for the sport, the team at money.co.uk have looked into the affordability, accessibility and social media presence of some of the most prestigious golf courses around the world.

A total of 53 golf courses around the world - all of which allow visitors and non-members to play, were analysed on a range of key factors aimed to determine the ultimate global golf courses. 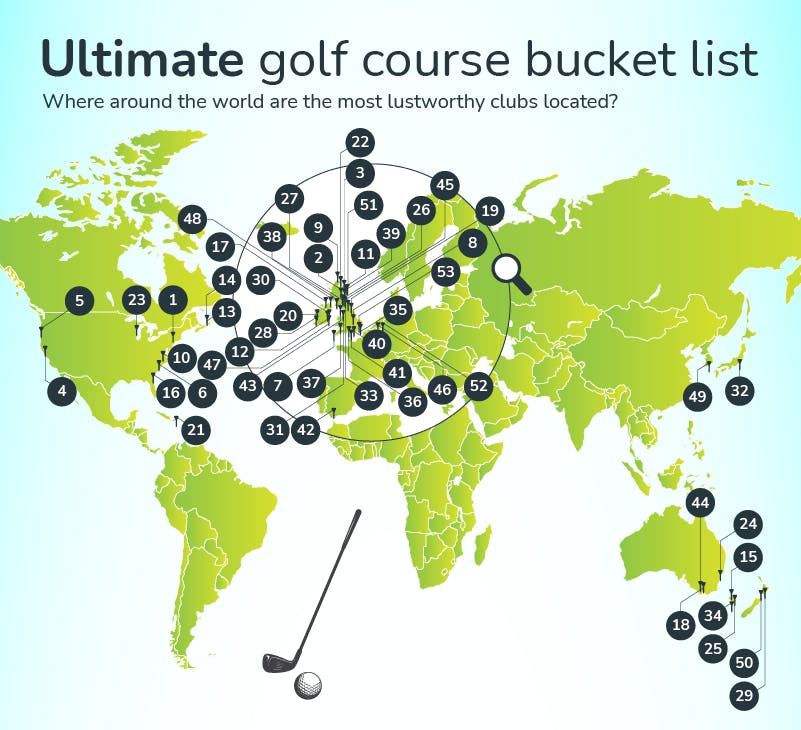 With a score of 85.38/100, the course that scored the highest is the Bethpage Black course, located in Long Island, New York. Boasting a rich history, it was originally opened in 1936 and has twice been the home of the U.S Open Championships, in 2002 and 2009. With 21,938 hashtags relating to the course, as well as 33,884 check-ins on Facebook, it’s clear the course is hugely popular amongst members and visitors alike.

A round of golf at Bethpage Black will set visitors back approximately $65 (£47.41). 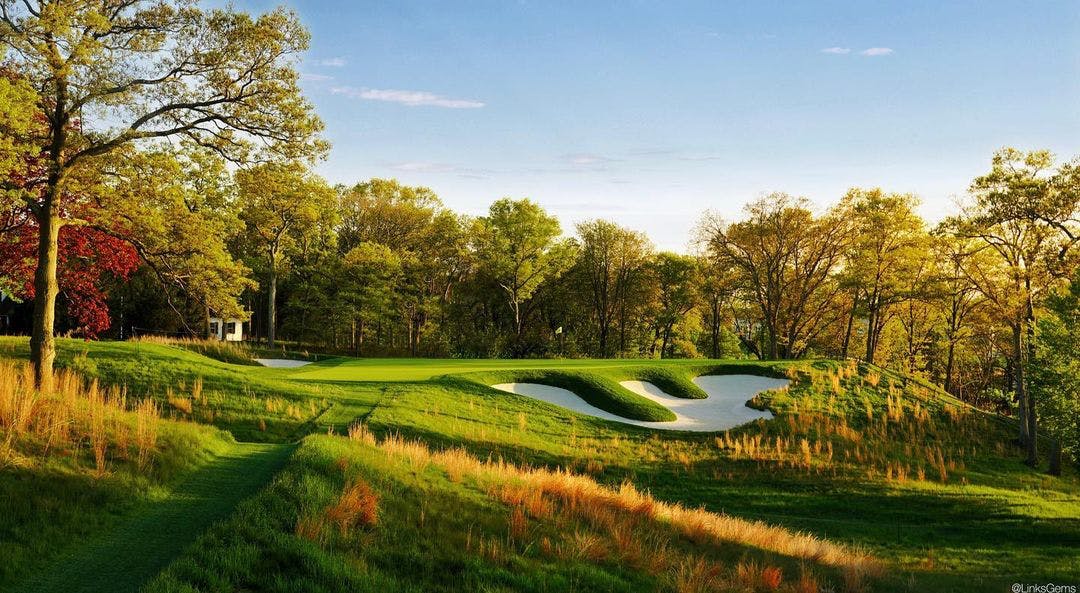 Following closely behind in second place with a score of 82.7/100 is the world-famous St Andrews old course in Scotland, known for being the oldest golf course in the world. It’s only right that it ranks so highly, especially as the course is considered by many to be the ‘home of golf’ after first being played on in the early 15th century. 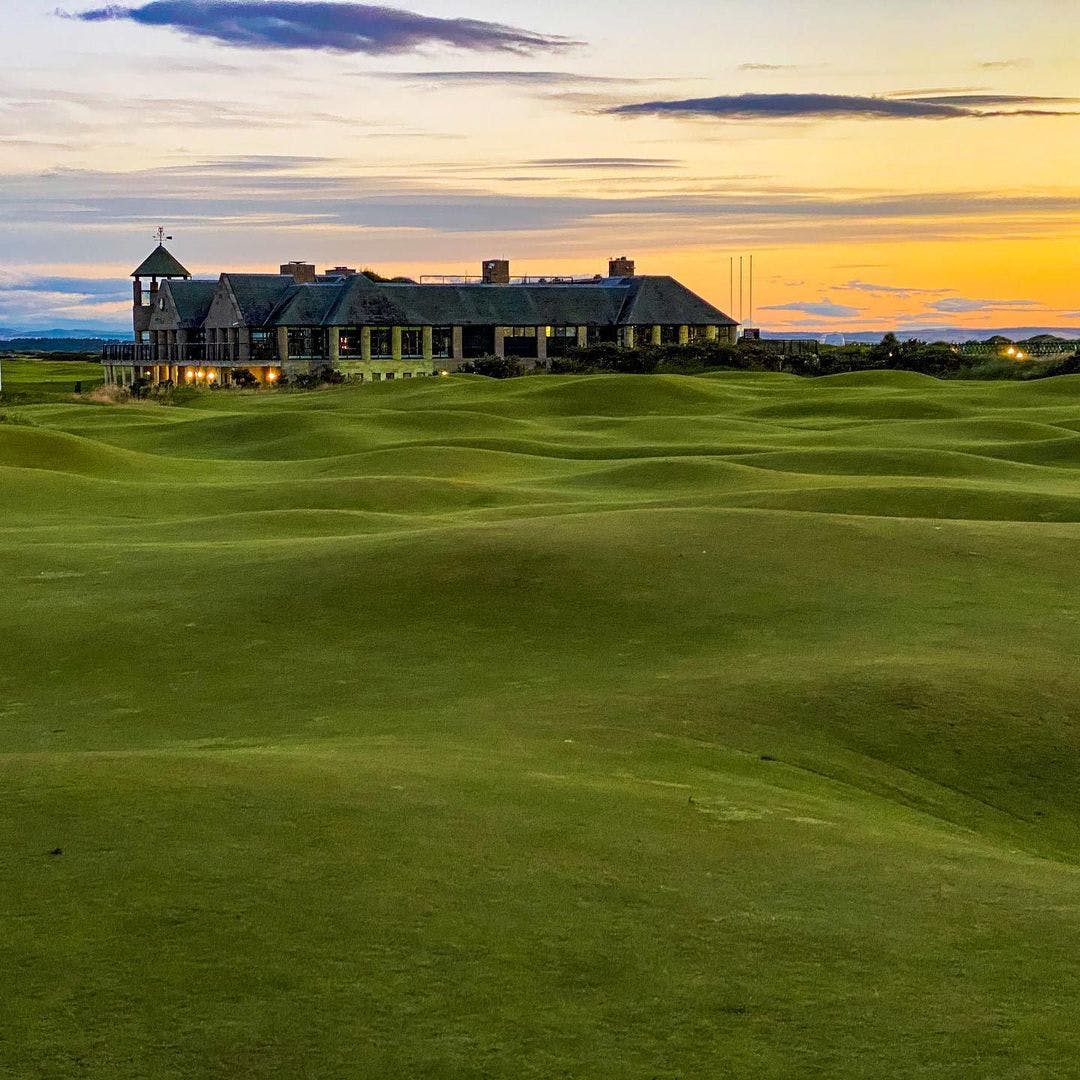 Rounding off the top three is another Scottish course - Carnoustie Championship - which scores 77.68/100. Carnoustie has hosted the British Open Championships no fewer than eight times, with the most recent being in 2018, and is recognised as the 10th oldest club in the world. 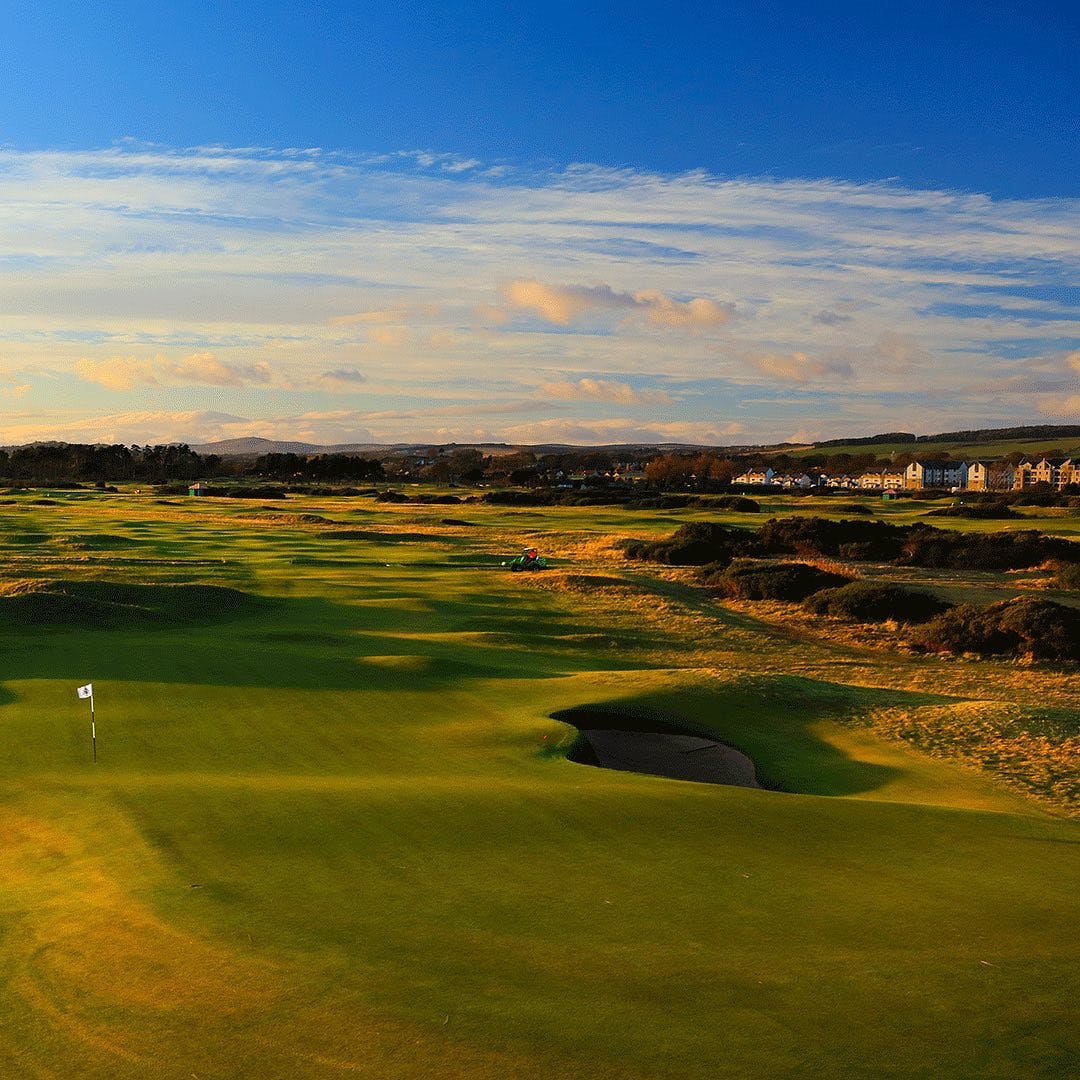 Green fees: Which of the world’s best golf courses are the most affordable?

When you factor in the cost of high quality clubs, balls, clothing, club membership and competition fees, it’s fair to say that golf is one of the more expensive hobbies you can take up.

So, considering how much of golfers' hard earned cash is already being put towards the sport, which of the world’s most famous courses charge the most affordable (and expensive) rates for a full eighteen holes?

Playing at the world’s most lustworthy golf course doesn’t have to break the bank. Bethpage Black, which ranks top overall, is also the most affordable course of those analysed at just $65 (£47.41) on weekdays.

The second and third most affordable courses, at $134 AUD (£70.96) are the Barnbougle Dunes and Barnbougle Lost Farm courses, both located in Tasmania, Australia. Both courses have won multiple global awards and accolades, and offer up breathtaking views of Tasmania’s North-East coast. 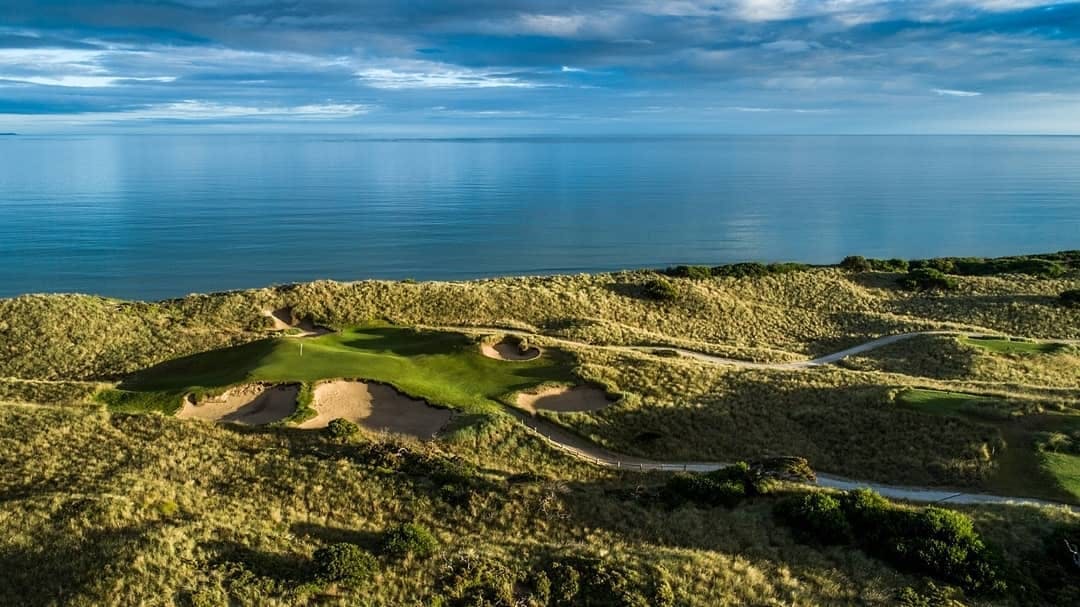 The fourth most affordable course for golfers looking for a bargain is the Kawana Fuji Golf Course, one of the most famous in Japan, where a round costs ¥11,800 (£77.69). The beautiful course puts the rich natural features of the surrounding areas to use and is located within the grounds of the historic Kawana Hotel, which was first established in 1928. 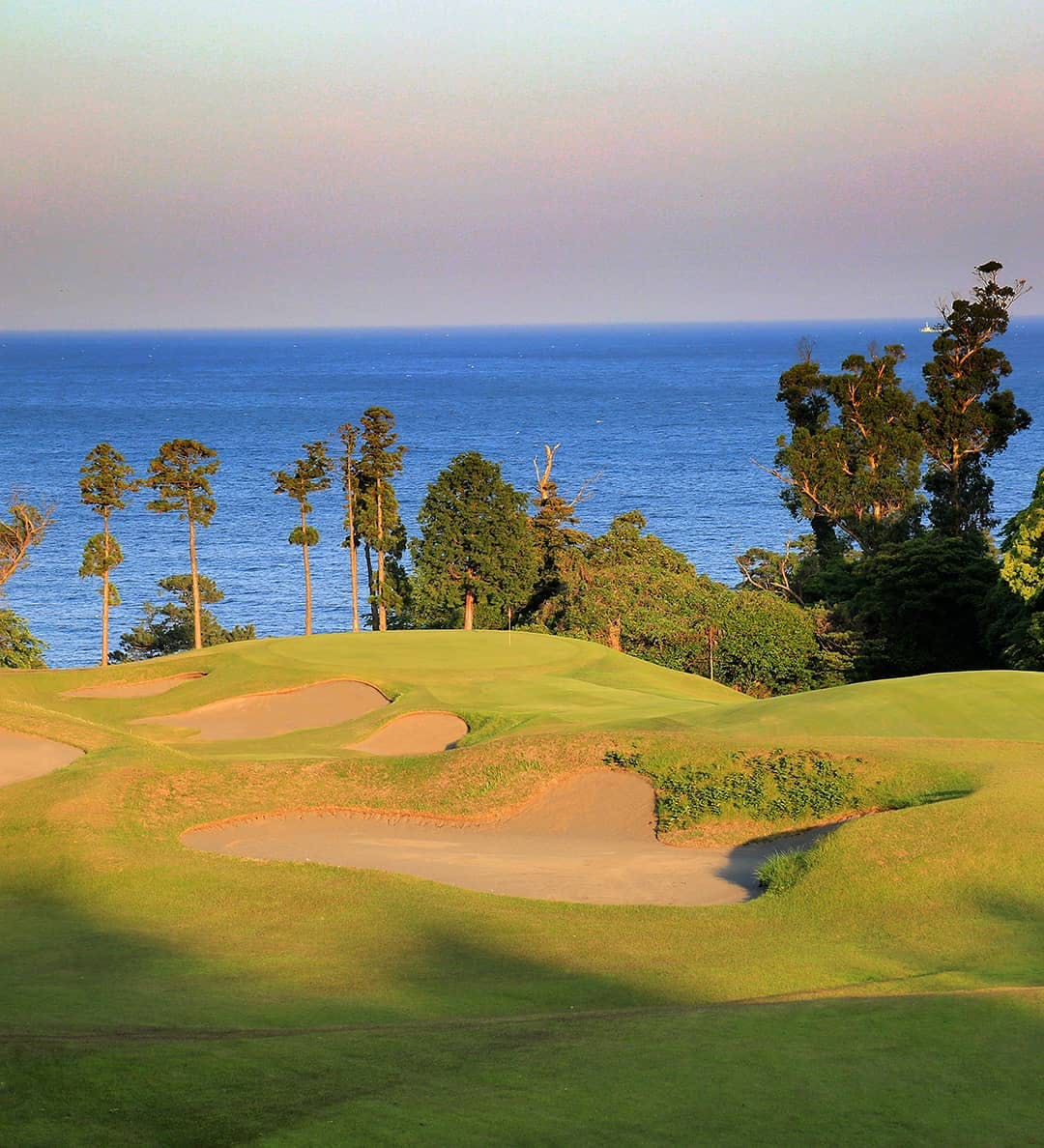 The most Instagrammed golf courses

In addition to working hard on reducing their handicap score, it’s only natural that golfers are inclined to take to their social platforms and share their journey among friends, family and like minded individuals with mutual interests in the game.

In fact, the hashtag #golf currently features on more than 28.5 million Instagram posts, while golf TikTok has generated more than 15.3 billion views from fans clearly eager to stay focused on the game even when they aren’t playing.

When it comes to the social clout of esteemed courses analysed in the report, the TPC Sawgrass Stadium course in Florida is the stand-out winner, boasting a total of 50,168 dedicated posts on Instagram. 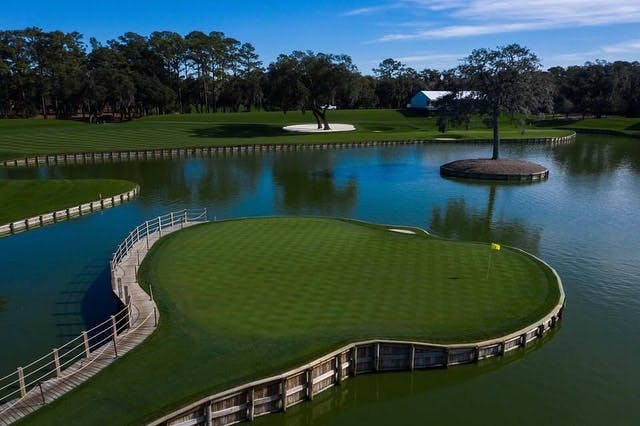 Following behind in second and third place as the courses with the highest number of Instagram posts are Bandon Dunes (Trails) in Oregon and Pebble Beach in California, boasting 32,561 and 32,475 Instagram posts respectively. 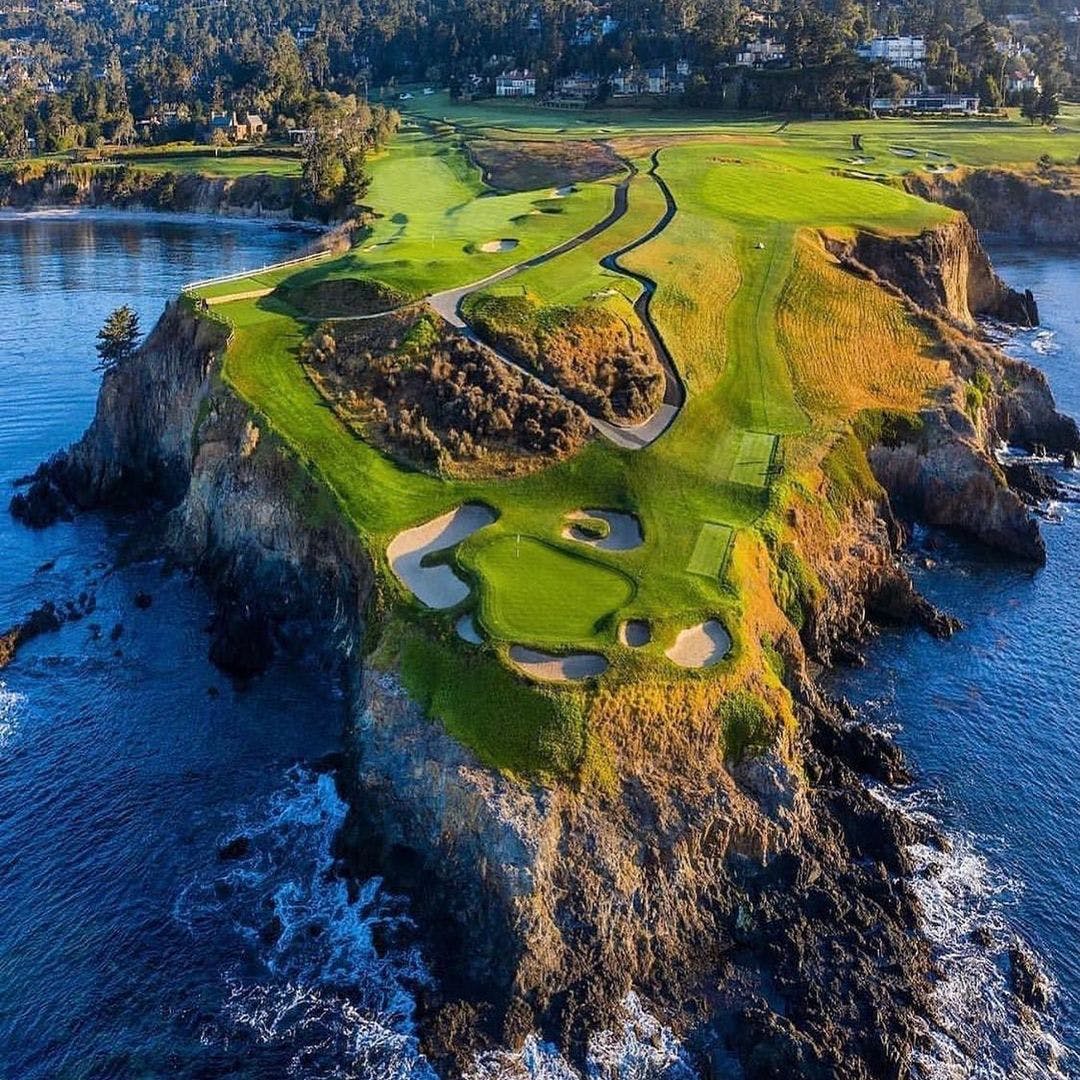 The report also delved into Facebook data to uncover which golf courses had the highest number of check-ins on their dedicated pages. Once again coming out on top is TPC Sawgrass with 228,094 check-ins, followed by Pinehurst No 2 in North Carolina (94,489) and the Trump Turnberry Ailsa course in Scotland (83,5777).

Which golf courses have proven most popular during the pandemic?

The events of the past two years have meant there has never been a better time to take up the ‘socially distanced’ game of golf as a hobby. As an activity that incorporates vast amounts of outdoor space, acts as a great source of exercise and helps to refocus the mind on something positive, it’s no wonder there’s been such an uptake in interest for the game.

But which of the analysed courses have proven the most popular worldwide over the past twelve months?

Ready to book a long overdue break? Consider a travel credit card for your upcoming adventures

Whether our report has intrigued you to book your own bucket list break to a far-flung destination for a golfing adventure, or you’re simply looking ahead to a relaxing overseas trip in the coming months, be sure to consider a travel credit card to keep your costs down.

Unlike standard credit cards, travel credit cards won’t charge you fees for using them overseas, in what are often referred to as foreign transaction fees.

Can I withdraw cash from a travel credit card?

While it’s possible, it’s best to avoid withdrawing cash using your credit card because it can be extremely expensive. Not only is the interest rate on cash advances higher than on standard purchases, some cards may charge a cash handling fee - usually around 2-3% of the withdrawal amount. If you’re using your credit card abroad, you may be charged a foreign transaction fee on top of that.

Additionally, cash advances leave a mark on your credit report.

Do I have section 75 protection abroad?

Section 75 is a legal act that protects consumers when spending on their credit card, but it ONLY applies to transactions between £100 - £30,000.

Travel credit cards will protect you within this amount, and you can claim on section 75 in two scenarios;

What are the alternatives to travel credit cards?

Travel money: If you plan ahead, you could take enough foreign currency to cover yourself and your dependents for the entirety of your trip. To help you take enough, work out how much you want to spend each day, and try to stick to this budget.

Travel prepaid card: You can add or transfer money onto this type of card, which you can then spend abroad. Some even let you withdraw cash for free abroad too. You can only spend what you top up on the card.

Debit card: You could use your debit card to withdraw cash on holiday, or for card transactions. However, you may get charged for both. Check with your bank or building society before you travel to find out how much it could cost you.

The seed list of golf courses analysed was taken from here - https://www.top100golfcourses.com/top-100-golf-courses-of-the-world *courses were only included that allow visitors/non-members to play the course - a total of 53

Distance from nearest airport- using manual research/ google, the distance in miles between each golf course and the nearest international airport has been worked out. The golf courses with airports furthest away were scored lowest on the overall index.

Average monthly Google searches - Using Google Ads Keyword Planner, the money.co.uk team found out which of the golf courses analysed had received the highest average number of monthly searches worldwide during the period of September 2020-August 2021. *the search was taken using the name of the course followed by the word 'golf' to avoid any skewed or misinterpreted results from more generic course names

Number of Facebook check-ins - using facebook.com, the number of times visitors had checked in to each golf course on Facebook was researched. *Kingsbarns, Royal Cinque Ports, Portmarnock, Royal St Georges, Royal Birkdale and South Cape Owners Club had no Facebook page associated or had switched off their check-in option for users, and were subsequently assigned a score of 0 for the overall index rankings.

Approximate cost of 18 hole round of golf - using manual research (links included below) the green fees of playing an 18 hole round of golf as a non-member/visitor in GBP (£) were worked out by the money.co.uk team. *If needed, fees for October 2021 were taken into account. **The courses with the highest rates were scored lower in the overall index