Fact Checked
Getting access to an airport lounge doesn’t have to mean frequent flights or paying more for first-class tickets. Here’s how to get in cheaply or even for free.
Share this guide 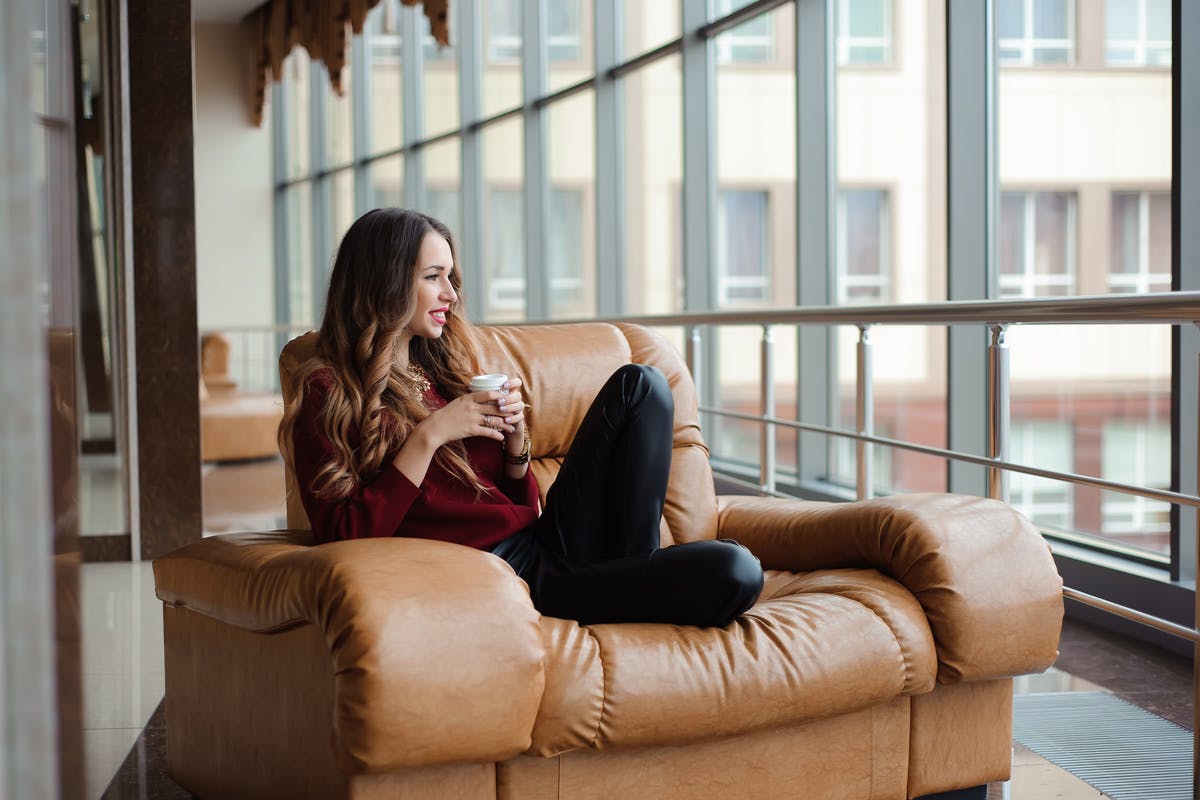 Food, drink and comfy chairs are available - potentially for free

Going on holiday is great, but hanging around in airports isn’t always a fun experience.

True, there are shops, but sometimes what you want is to sit somewhere comfortable with a glass of champagne or decent cup of coffee.

This is where airport and airline lounges come into their own. Even better, while we might think of a lounge as the preserve of the rich and famous, there’s lots of ways to get access cheaply.

Read on to learn about the different types of lounge, what’s on offer and how to get in without breaking the bank.

What is an airport lounge and what’s on offer?

Airport and airline lounges differ massively depending on where you are, who they’re run by, and how much it costs to get access.

Generally, you can expect to have comfortable seats, food and drink, and often newspapers to keep you entertained.

They’re a good way to kill time at the airport, charge up your devices and relax away from the hustle and bustle of the terminals.

What’s the difference between airport lounges and airline lounges?

Airline lounges are what people tend to think about when it comes to fancy and exclusive areas of the airport.

These are run by the flight operators such as British Airways, Virgin Atlantic and American Airlines. They’re usually more luxurious than their airport counterparts, offering perks like free champagne and even showers.

Access is usually tied to frequent flyer status or what kind of ticket you book, although it varies depending on which airline you’re with. For instance, British Airways offer access to lounges depending on what tier of membership you have, but you often also get access if you fly first or business class.

Airport lounges, by contrast, are open to anyone, regardless of what airline you fly with, usually for an upfront fee.

They’re often not as fancy, but you should still have peace and quiet, guaranteed seats, and sometimes there will be snacks and drinks too.

Some examples include Gatwick’s Aspire lounge, No 1 Lounges at Heathrow, or the Swissport lounges.

Which airlines have lounges?

Lots of airlines have lounges in airports across the world, but it’s worth checking before you book.

It’s also worth noting that not every airline will have a lounge in every airport. Some of the most common options include:

Some airlines also partner up, so you can get access to lounges run by other carriers.

Whether it is snow or sun you seek, compare travel insurance policies to ensure your dream getaway is the only thing on your mind while on your holidays.

Which airports have lounges?

Most medium and larger airports have lounges available, but some of the smaller ones won’t. Look on the airport website to see what’s available.

There are lots of websites that list the airport lounges available, including Loungebuddy.com or Lounge Pass. These usually also allow you to book access, with prices typically starting from £20.

Who gets offered automatic access to airport and airline lounges?

Airline lounges offer access to flyers who’ve either bought a specific type of ticket (first or business class) or those who have reached a certain level of membership on the frequent flyer programme.

Usually, you can’t buy access to these lounges. While they are technically free to eligible passengers, and sometimes their guests, there are obvious costs in terms of more expensive tickets and having to keep up frequent flyer status.

Generally, you don’t get free access to airport lounges and instead pay a one-off fee. There are some credit cards or other schemes that offer access as a perk of signing up.

What is an airport lounge pass and how much do they cost?

To get access to an airport lounge, you usually have to pay for a pass. Prices typically start at around £20, but you can pay more. Often the cost is linked to what’s on offer, so the fancier the lounge, the more you will pay.

It’s worth shopping around, as different booking sites have different prices. There may be multiple lounges within one airport, so make sure you get the best deal.

Compare the cheapest price you can find with the cost of booking direct. Sometimes you can wrap the cost in with other extras like priority security clearance.

It’s usually cheaper to book in advance and check the rules around children. Some will offer discounted rates for under-12s, but others are adult only. Under-2s are often free.

With one off lounge access typically costing at least £20 (so £40 if you use a lounge on the way out and return journey), you’ll need to do between six and nine holidays a year to make membership worthwhile.

Some of these memberships have other perks too, so count those into your calculations. Also, remember that not every airport has a lounge, so if you’re travelling to smaller terminals, you may not be able to use your pass.

American Express cards often come with access to airport lounges, although you might have to pay a fee for the card itself. There are also usually other non-airport-based perks.

The HSBC Premier Credit card also offers membership in the LoungeKey programme, which gives access to over 750 airport lounges worldwide.

For instance, the Barclays Travel Plus Pack gives you six free lounge visits a year, and costs £18 a month. The account also comes with other perks such as travel insurance and breakdown cover.

The NatWest Reward Black account gives you Dragon Pass membership with unlimited use. It’s expensive at £31/month but also comes with travel insurance, mobile phone insurance and breakdown cover. It’s only available to high earners, as you’ll need to earn £100,000 a year, or to have that much in savings or investments with NatWest.

How long can I stay in an airport lounge?

How to decide if lounge access is worth the money

This will depend on what kind of traveller you are. If you like to get to the airport early and are travelling with children then the peace, quiet and space can be invaluable.

Equally, if you’ll need to do work on the journey, decent wi-fi and somewhere comfortable to plug in your laptop can be worth its weight in gold.

On the other hand, if you like to arrive as late as possible, or love mooching about the shops, then you may not get good value for money.

It also depends on the airport you’re travelling from. Some are more comfortable and luxurious even in the terminals while others are crowded or quite basic.

Food and drink is another consideration. This can be expensive in airports, so if the lounge offers free snacks, soft drinks, or even beer and wine it could be cheaper overall.

Make sure you look at what’s included before you book.