How to get a free flight upgrade

Fact Checked
It’s one of life’s great challenges, how to get elevated from economy to first or business class. Here we reveal the top hacks to securing yourself a coveted free flight upgrade
Share this guide 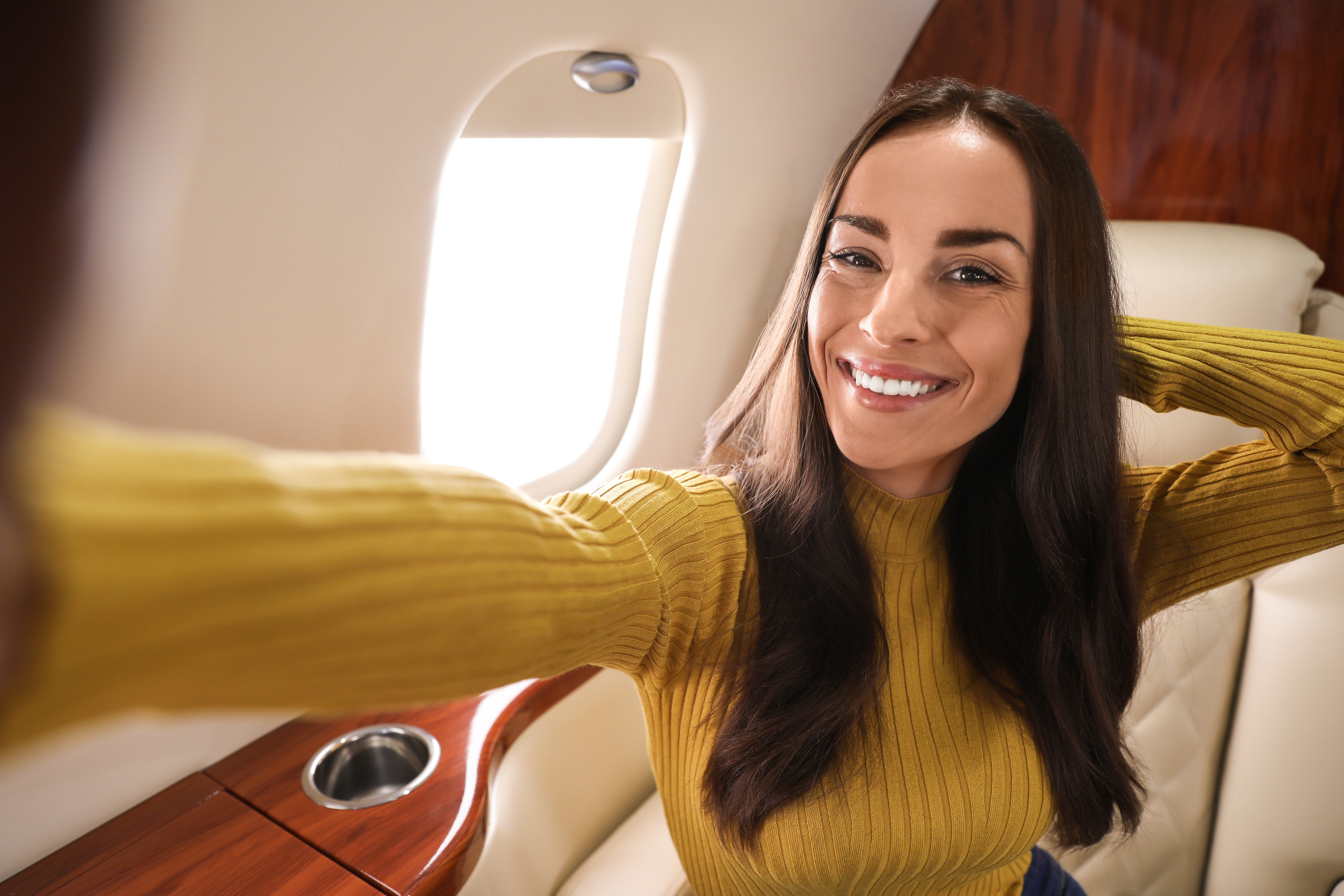 Rising every so often to let someone squeeze past in search of the facilities or trying to eat a tray of unappetising stodge when the person seated in front has fully reclined their seat isn’t fun.

But it’s possible to escape cattle class for the rarefied airs and graces of the people who paid thousands to turn left as they entered the plane and start your holiday by raising a complimentary flute of champagne.

The trick is knowing how to get that upgrade without having to pay full price.

What are flight upgrades?

A flight upgrade means nothing more than moving from a standard, or economy class seat to a more expensive one, such as in business or first class. It can be paid after you’ve initially purchased your ticket either online, over the phone or in person at the terminal – provided spaces are available.

Alternatively, the option to upgrade may form part of the raft of benefits that come with being a member of an airline’s frequent flyer club or the holder of certain credit cards. They can also be offered on an ad hoc basis for free, but more about that later.

What benefits do you get from a flight upgrade?

Rather than a cramped seat, your space invaded by reclining fellow travellers in front, and flanked by sharp elbows on your arm rests, not to say the lack of storage space overhead, life is very different up front. Here are some of the advantages of a flight upgrade (depending on the level of upgrade):

Make sure you get the best possible cover when you go away by comparing travel insurance deals. You can find the cover you need at the right price whatever your travel plans.

Who do you ask for a flight upgrade?

If you are at the airport, it makes sense to ask the person manning the check-in desk, call in advance, or both.

You may have more chance of an upgrade if you’re travelling alone, or if you’ve paid for one of the pricier seats in your area. But it’s also worth checking as a couple or family; people come down with illness, oversleep, or can’t catch their flight for another reason.

It’s also worth tapping up your travel agent, if they have a booth at the airport. They may be aware of any gaps, as in seats, you could help them fill.

Flights frequently offer discounts on the day, at the airport, and the chances are they’ll be offering the cheaper seats, so if you offer up yours, on the basis that you’ll be given a different (and hopefully better) berth elsewhere, you could be in.

When are flight upgrades offered?

A certain mystique has built up around flight upgrades, but far from being the holy grail of holiday travel, they are obtainable. In fact, secret handshakes or a battle of wits aside, they can be easily obtained because the flight operators rely on them to keep things running smoothly.

Put it this way, the aircraft is designed to fly with a full contingent of passengers. It’s fuelled with this in mind, therefore all seats but be filled. Also, a half-empty, first-class area hints of problems, whereas it should be bursting at the seams, reinforcing the view that this is a thriving business.

You have a greater chance of getting a flight upgrade on a large aircraft, such as a Boeing 777 Dreamliner given the greater capacity, meaning more seats in first and business classes.

What are the best ways to get a free flight upgrade?

There is no coda to how to get a free flight upgrade, but the following tips may just swing things your way:

Because they know people drop out, airlines will often sell more tickets to a plane than there are seats on it. Generally this works out fine, but now and again everyone turns up.

That’s a problem for the airline, and an opportunity for anyone who’s got a flexible schedule.

Take Charles McCool, a blogger, who writes: “When a flight is overbooked, the airline first asks for volunteers to take a different flight.

“The airline rebooks bumped passengers on the next possible flight—to the passenger’s final destination—and compensates them with a combination of travel certificates, upgrades, cash, free meals, or hotel rooms."

Of course, another aspect of this is that too many people might show up for economy class, and not enough for business or first class - this is when free upgrades make it to the table and being as polite as possible to staff can pay huge dividends.

Apart from the obvious, such as if you’ve had a few too many or look scruffy, you will struggle to gain a golden ticket if you fall into one of the following categories:

What are the rules for BA flight upgrades?

People often search the internet for the best British Airways free flight upgrade trick. In fact, there is no one-rule-fits-all occasions.

Putting aside freebies, if you join British Airways’ Executive Club you earn Avios reward points every time you fly with BA or one of its OneWorld partners, which include American Airlines, Finnair and Iberia.

Points, which can be used to secure flight upgrades, can also be earned if you book a holiday or car rental through British Airways Holidays or have a BA Credit Card.

What are the rules for Virgin Atlantic flight upgrades?

When it comes to the question of how to get a free upgrade on a Virgin Atlantic flight it’s yet again a combination of being in the right place at the right time, with a pinch of good luck.

Alternatively, you can bid for an upgrade, pop enough cash in the pot an you may get a coveted seat.

Whether you fly BA, Virgin Atlantic, Emirates or even Ryanair, you should expect a decent level of service.

Hopefully your flight, whatever class you are seated in, is comfortable and sends you off on your way a happy traveller.

And if you are still unconvinced, mark the words of this frequent flyer: “It always seems to be random to me, as I have recounted before a friend of mine was once upgraded for 'not asking', the check in person said 'you are the first person out of the last 20 who haven’t asked me for an upgrade, so I'm upgrading you’."