When is the cheapest time of year to go on holiday?

Fact Checked
If you’re longing for a holiday but don’t want to break your budget, here we look at how finding a bargain break is all about picking the best time to book and seeking out affordable destinations.
Share this guide 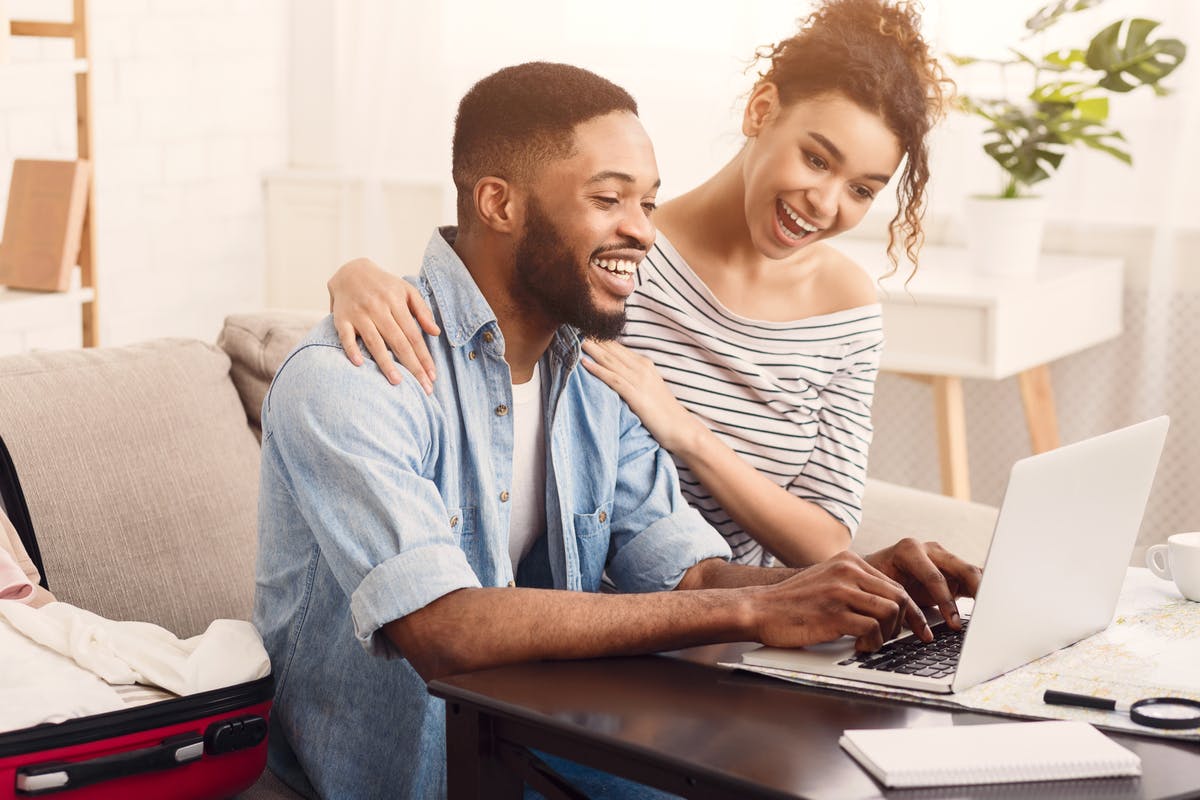 A cheaper flight means more to spend while you're out there

Holidays are back on, after the pandemic shut down international travel, and if you’re planning a summer trip, or a getaway at any time of the year, you can save serious money by choosing cheaper days, months and locations.

There’s no denying holidays are expensive, but it’s still possible to shave money off your trip by researching the cheapest days to book.

School holidays and the peak summer months are usually most expensive, and sadly unavoidable for many mums and dads, but with some clever planning you can avoid paying a premium for going away in the most popular months and enjoy a holiday without worrying about how much it’ll cost.

Here we look at the best tricks of the trade to find a cheaper getaway.

The same holiday will change in price through the year

Travelling to Greece in August for a week will cost you a lot more than going in November, because the entire reason you’ve chosen the summer month is because it’ll be hot and sunny.

This year Spain is set to be one of the most popular destinations to go to, and it’s number one on most people’s travel lists, according to data from the Association of British Travel Agents (ABTA). It’s followed by the USA, France, Italy, and Greece as the top locations for British people to be heading away to.

Holiday prices change throughout the year because they are based on demand. Last year when foreign travel was banned, for example, the price of staycations rocketed because of a huge surge in demand from those wanting a break but not able to leave the UK.

But heading to a beach location in the winter isn’t the only option if you want to save money. There are less extreme changes you can make to cut your holiday budget such as choosing a less popular summer month.

May, June, and September are generally considered to be a lot cheaper than travelling in July and August. That’s mainly because of the school holidays, but also the change in temperature.

Yet there are lots of foreign destinations which will still be hot and sunny during these months, and it’ll cost you less to visit them than going in the peak summer months.

Make sure you get the best possible cover when you go away by comparing travel insurance deals. You can find the cover you need at the right price whatever your travel plans.

The cheapest month, and day, to book your holiday

Choosing a specific month, and day, when booking your holiday can make a difference to the overall cost.

There is a bit of guess work involved here, as holiday prices are based on demand, but generally booking in advance is always cheaper than the last minute.

For international trips, booking and travelling on a Tuesday will be cheapest, and it’s around 15% cheaper for accommodation when travelling domestically if you go on a Monday instead of a Friday, according to Expedia’s 2022 travel hacks.

Flight prices usually start to rise around 21 to 28 days before departure and holidays starting between Wednesday to Saturday are usually cheaper than those starting between Sunday to Tuesday, according to the data.

Avoid school holidays if you can

This might be impossible if you have school-aged children or you work in a school yourself but if not, travelling in July and August is generally considered to be the most expensive time to go.

If as a parent or carer you try to get around this rule, you could be fined. Local councils can fine each parent £60, which rises to £120 if not paid in 21 days. You can find out more details on Gov.uk.

That’s not just the six-week summer break either, it’s wise to avoid the Easter, May, October, and Christmas half-term weeks if you can.

How to cut the cost of travelling in the school holidays

If you don’t have an option, you can still save when travelling in the school holidays by booking in advance.

Many tour operators also offer free child places which may work out cheaper, although always weigh up all the costs involved to find out if it’s actually a bargain before you book.

There are lots of easy ways to find cheaper holidays, so you don’t need to just settle for the first price you’re given.

Using an online tool, you can enter the dates you would like to go away, and you’ll be shown a range of options. You can select the type of holiday you want, be it self catering or a package deal for example, and you can enter potential destinations too.

These tools, or websites, work just like comparison sites and pull together all the holidays on offer. So once you’ve put your dates in you’ll then be shown all the options to book.

You can usually pick a month or a range of dates if you don’t have a set date in mind and you’ll be shown when the cheapest time is to travel.

Holiday companies and travel providers often launch one-off sales and discounts too, which they alert people to via newsletters or on social media platforms.

Therefore it’s well worth checking these in the run up to booking your trip.

The tools to find the cheapest time to go away

The following travel tools and websites are all worth visiting while you’re researching where and when to go:

Winter ski resorts and summer sun will always cost more, so head off the beaten track 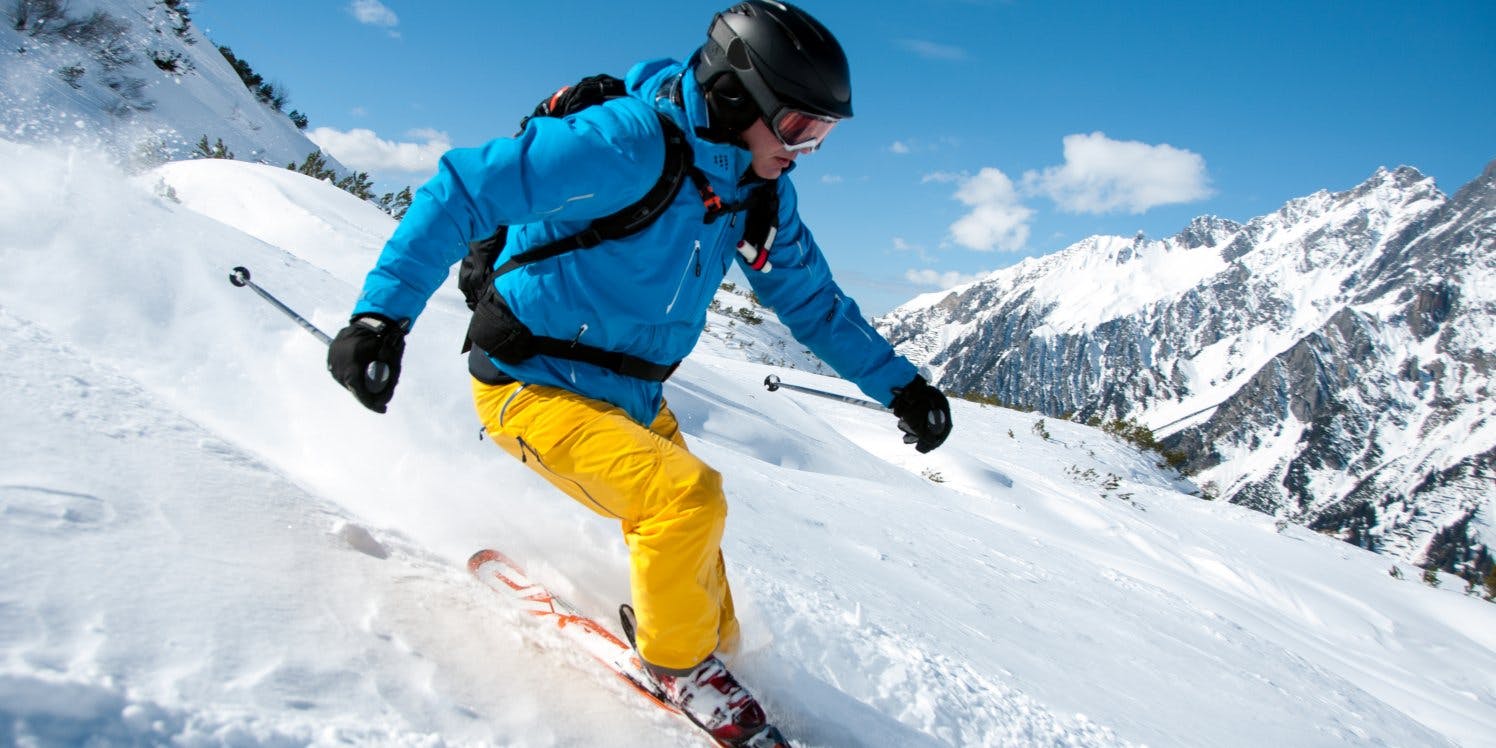 As well as choosing a cheaper time to travel, you’ll usually save money by going to a less popular destination.

Going to the alps in the winter ski season, for example, will cost you a lot more than going in the summer months. But the weather in the summer is on average in the high 20s and early 30s making it an ideal summer location if you’re after a relaxing break in the mountains.

There are lots of beach locations slightly off the beaten track which are both beautiful and budget friendly. Bulgaria or Turkey, for example, are usually a lot cheaper than Portugal or Spain.

Choosing somewhere further afield can sometimes seem cheaper, such as a long-haul destination like Bali, Thailand, or Sri Lanka.

The cost of staying in one of these countries will be significantly less than a European getaway, yet you need to factor in the flight costs too.

You’ll also want to check you’re going in the right month, you don’t want to book a dream beach holiday and end up travelling in the rainy season.

The cheapest locations you can still visit in popular months

If you want to go to a popular destination, there are lots of ways to make your trip cheaper. Choosing a week in the Algarve, for example, is usually cheaper than a trip to Santorini.

The cheapest location to visit this year is the Algarve in Portugal, according to the Post Office.

It’s around 25% cheaper to visit than the Costa del Sol in Spain, for example. It compared the price of eight standard holiday items, including a three course meal, a bottle of still water, and a cup of coffee to analyse the cheapest destinations to visit.

Before you pick a holiday, it’s always worth checking the Foreign Office website to make sure it’s safe to travel to.

You’ll also need to factor in accommodation and travel prices and don’t forget to take the right travel insurance and holiday plastic to keep your budget on track.