Every year, the UK chancellor (currently Conservative MP Rishi Sunak) announces the government’s spending and taxation plans to parliament. Here is a rundown of the key changes in the March 2021 Budget.
Share this guide 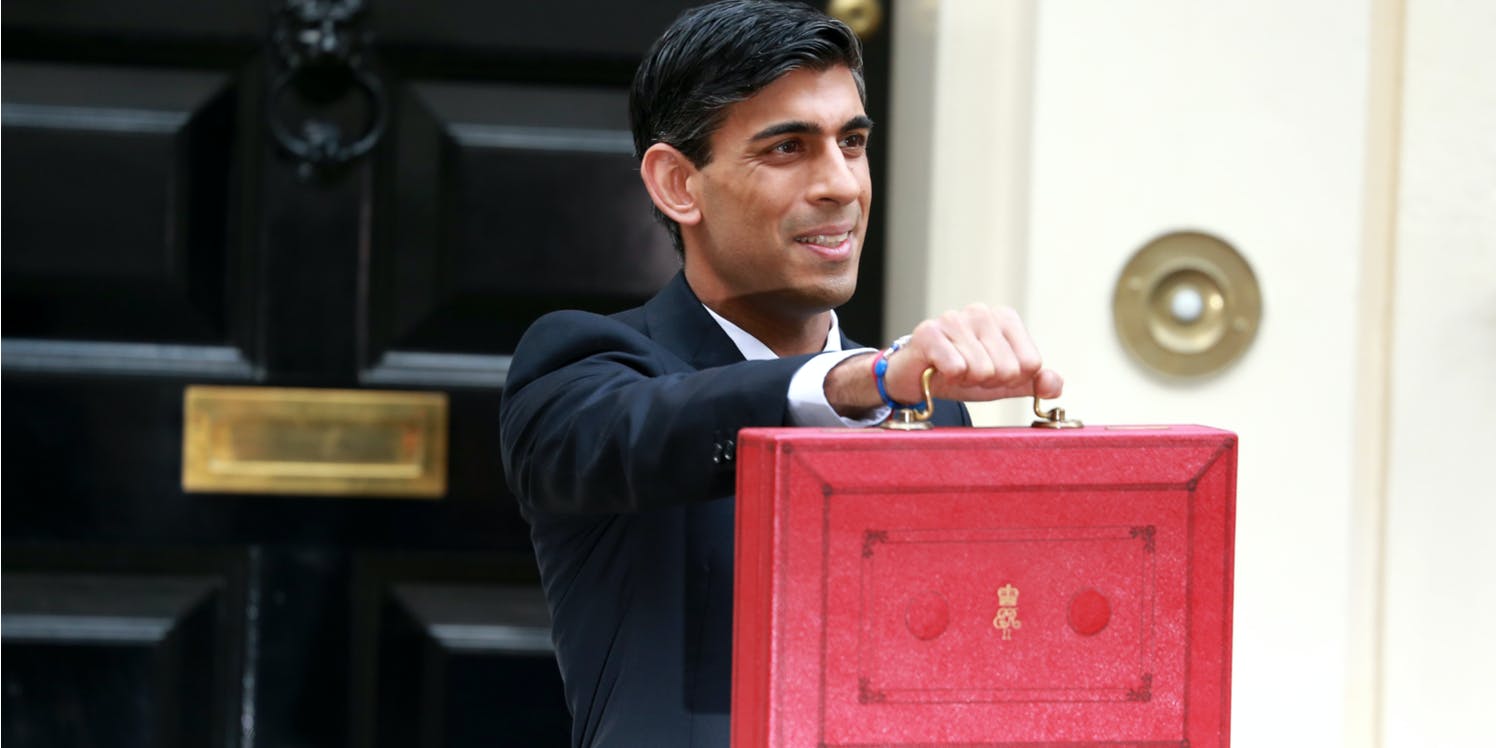 Today Rishi Sunak set out how the government will attempt to kickstart the UK economy, support those affected by coronavirus and look to increase taxation revenue. Here are the key points on what the 2021 Budget means for you.

What the Budget means for prospective homeowners

The government plans to set up a mortgage guarantee scheme. It would guarantee loans for prospective buyers with a deposit of at least 5%, on properties costing up to £600,000. Sunak announced that Lloyds, NatWest, Santander, Barclays and HSBC have committed to offering such mortgages from next week, with Virgin Money joining later on.

How it will affect taxpayers

Income tax thresholds will rise, but will then not change until 2026 – a break from previous Conservative policy. While no rise is not technically a tax increase, it means the thresholds will not grow with inflation and wages in real terms will decrease.

Inheritance tax and capital gains tax rates will also be frozen until 2026. The National Living Wage grows to £8.91 per hour from April.

Sunak has followed the lead of successive Conservative chancellors by freezing fuel duty. It has now been frozen for 10 years at 58p a litre. Alcohol duty will also be frozen.

The impact on savers

The lifetime pension allowance will be frozen until 2026. This means that savers will be taxed on pension contributions once they pass that threshold.

Sunak has announced a “green bond” that will allow savers to invest in the government’s environmental projects. These aim to raise £70 million for low-carbon energy storage, £20 million for offshore wind and £4 million for green-energy crops. You can find out more about saving in bonds here.

Support for the self-employed will also be extended beyond the tax year. This means that those previously without the required years of self-employed accounts can make a claim with their 2020-2021 earnings. The 4th grant will cover February to April, and worth 80% of average trading profits up to £7,500. A 5th grant will be available from July.

A £5 billion fund will be established to help those businesses hit hardest, including pubs, nightclubs and gyms. This will comprise 700,000 grants of up to £18,000.

The £20 per week increase to universal credit payments will continue until September 2021. Find out more about how universal credit works here. Working tax credit recipients can claim an equivalent one-off payment of £500.

Support for hospitality and culture

The maximum spend for contactless payments will rise to £100.

The 100% suspension of business rates for hospitality and leisure firms affected by the lockdown will also continue until June. It will be followed by a 66.6% reduction.

The VAT cut for hospitality businesses will continue until September, charged at 5% instead of the standard 20%.

A £150 million support fund will allow local community groups to bid up to £250,000 to save local pubs and sports clubs from going under.

£400 million will be spent on funding museums and galleries hit by pandemic losses, plus £300 million for sports.

Businesses of any size will be able to apply for loans from £25,000 to £10 million, with 80% guaranteed by the government.

The UK’s vaccine rollout programme will receive an extra £1.65 billion in funding.

After record-breaking shrinking in 2020 of 9.9%, the Office for Budget Responsibility (OBR) has projected a more positive 2021 for the UK’s GDP (Gross Domestic Product). They expect the economy to return to its previous levels by the middle of next year, but growth will slow after that.

But Sunak has warned that the unprecedented borrowing of 2020-2021 will prompt spending cuts and tax rises in the future.