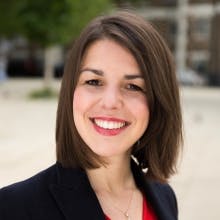 Monday 4th January is peak time to set the 'separation wheels in motion'.

With the New Year nearly upon us, it's a prime time for people to re-launch a new and improved version of themselves as they pledge to change jobs, become fitter, slimmer, and for some, single.

For many of the 12.5 million (1) married couples in the UK, another family Christmas is all too much as leading relationship organisations report an increase of more than 50% in calls on 'divorce Monday' - the first working Monday of January.

In fact, according to a poll (2) of 2,000 spouses, one in five married couples consider separating from their partners after the festive period.

Research (3) by financial comparison website money.co.uk reveals this could leave many women in financial hot water as almost two-thirds (59%) of men claim they take control of most of the household finances.

The majority of these women say they pass financial control to their partner because they trust them to do a better job (58%). However, almost a third of the females surveyed do not want the responsibility that comes with looking after the money and 19% say they simply don't understand personal finance.

"New Year is often a time of reflection for people and whilst this can lead to positive changes, hearts can get broken along the way. Divorce is a huge trauma for all parties involved as homes and families are divided into two new lives.

"Aside from the emotional strain of the separation, finances can quickly become a huge bone of contention. When the dust has settled, some people just don't know where to start when it comes to money management, it seems many of these are women.

"Learning how to take control of your finances at such a stressful time can be difficult especially if you're juggling children and the burden of many other responsibilities alone too.

"There are no hard and fast rules but I would urge everyone to make it their business to fully understand their finances, even if it's not your traditional comfort zone. Financial strain can be a key tipping point for many relationships so this may even help people avoid the dreaded 'd' word.

"Thankfully, divorce rates are going down, but financial awareness should be on everyone's radar, not just those in a rocky relationship."

Comfort zone or cop out?

More than one in four women (27%) say their partner manages the household financial affairs purely because they earn more money, while only 8% of men say the same. In addition, 23% of women who manage all of their household's finances do so because they are the main breadwinner, compared to 42% of men.

Our research shows there is a clear division of labour with women taking the lead on the day to day tasks and men managing the finances. We asked 1,316 people in relationships which of the following they take full control of.

Young adults aged between 16 and 24 are more likely to share responsibility for financial decisions in their household, with more than half (57%) taking joint responsibility. This declines to just over a third (37%) of the slightly older generation aged 45 to 54.

Notes to Editors: 1. ONS Data 2. Irwin Mitchell 3. A survey of 1,316 people in relationships was conducted online by Opinion Matters on behalf of money.co.uk from 8th - 14th July, 2015. 344 of respondents were in same-sex relationships.

Salman Haqqi spent 10 years as a journalist reporting in several countries around the world. He left the world of journalism to pursue his passion for personal finance.